After a deliciously heavy lunch at Burps & Giggles and Buku Tiga Lima, we decided to explore the tiny little back alley behind both cafes charmingly titled Lazy Lane. 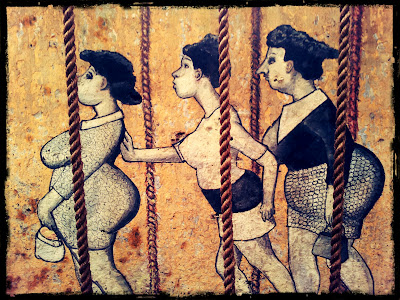 When you first open the back door to Lazy Lane, you'll spot interesting murals such as these three voluptuous ladies. 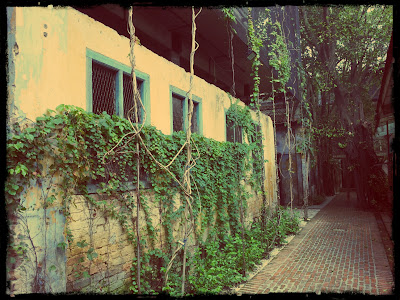 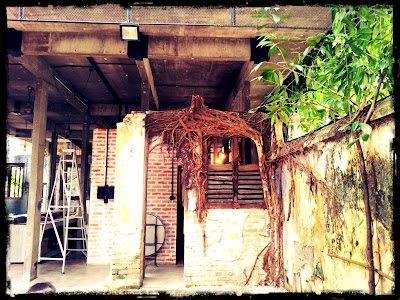 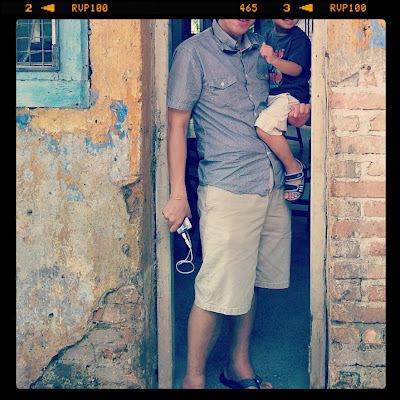 Take a stroll down a little, watch out for the cobbled pathways and trees with exposed, hanging roots that add to the overall character of the area. You'll soon find yourself at Sekeping Kong Heng, a luxurious stay despite its grungy looking exterior. 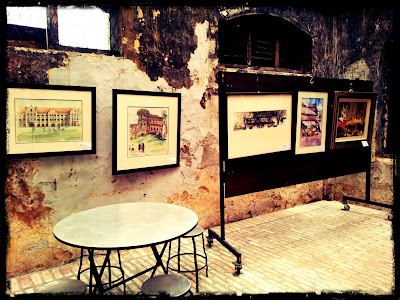 It also doubles up as an art gallery, I love the contrast between the watercolour paintings of heritage buildings, like St Micheal's Institution, amidst the old, brick exposed walls. 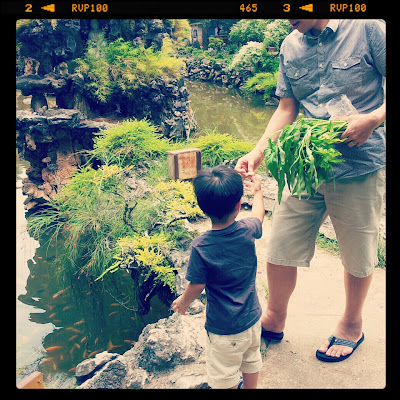 Before we headed back to Penang, we dropped by Sam Poh Tong because I knew Bubs would have a ball of a time feeding the fish and tortoises. We bought kangkung and dried bread from the vendors at the entrance of the temple for RM5. Bubs was ecstatic when he found out he was allowed to throw bread crusts into the pond and thoroughly enjoyed watching the fish bob to the surface to nibble at the bread. He tried to throw them as far and as high as his little arms could stretch, it was sooo cute :) 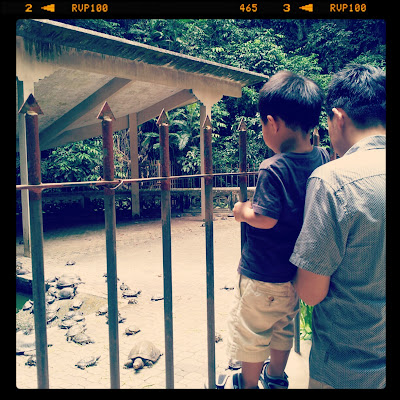 At the tortoise pen, he was warming up the the whole feed the animal idea and squealed with joy when he saw them clambering over each other to jostle for the kangkung.

Truly a Bubs worthy moment ;)
Posted by The Nonya at 1:01 AM