We were supposed to have painted Easter eggs last week but were so tied up with stuff that we only just had time to do it recently. Hubs made the tiniest little holes at the bottom of the egg - still in awe over how he managed to do that plus get the egg so clean *mind boggling* I'm surprised Bubs didn't break the egg at all and he was really gentle while handling it. I wanted to put it on a chopstick in a tin can (that was how my parents taught me to paint eggs, lol) but the hole Hubs made at the bottom of the egg shell was too tiny for me to even stick it over a chopstick. 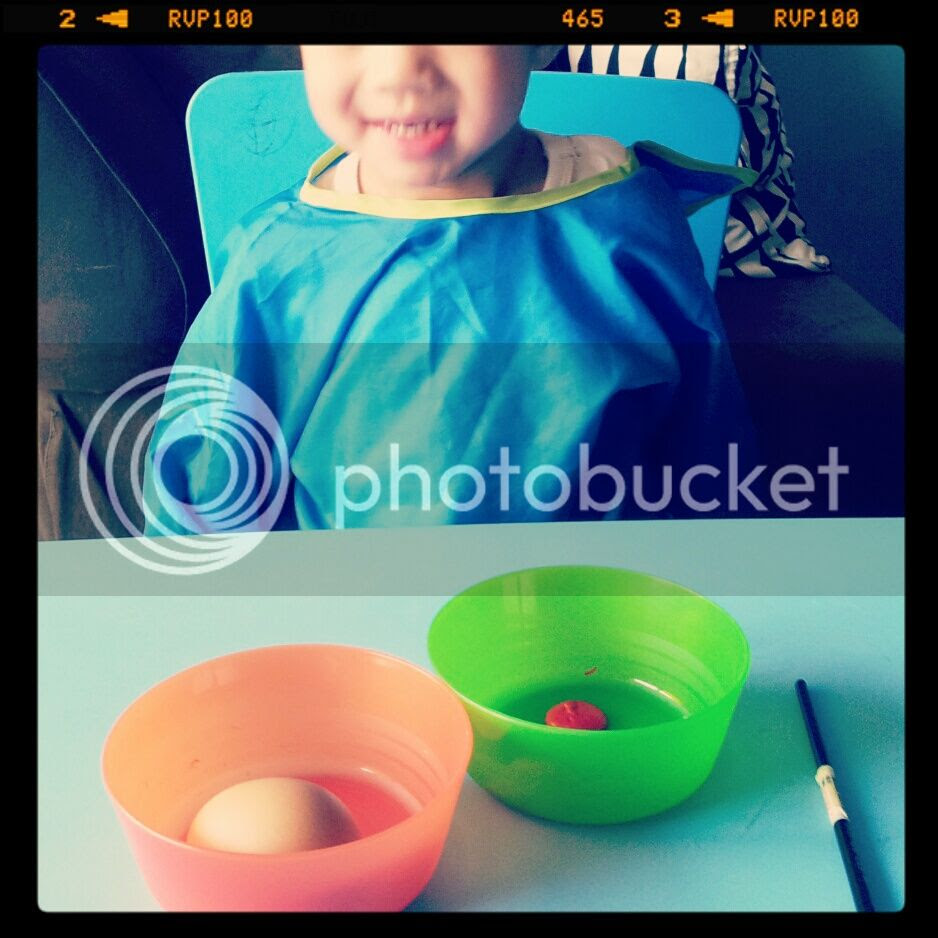 Bubs's giant grimace-smile combo that he puts on each time you ask him to smile :D Still using the Ikea smock though it's getting a bit too tight for him. Again, can I tell you how much I love Crayola paints, pricey as they are there? 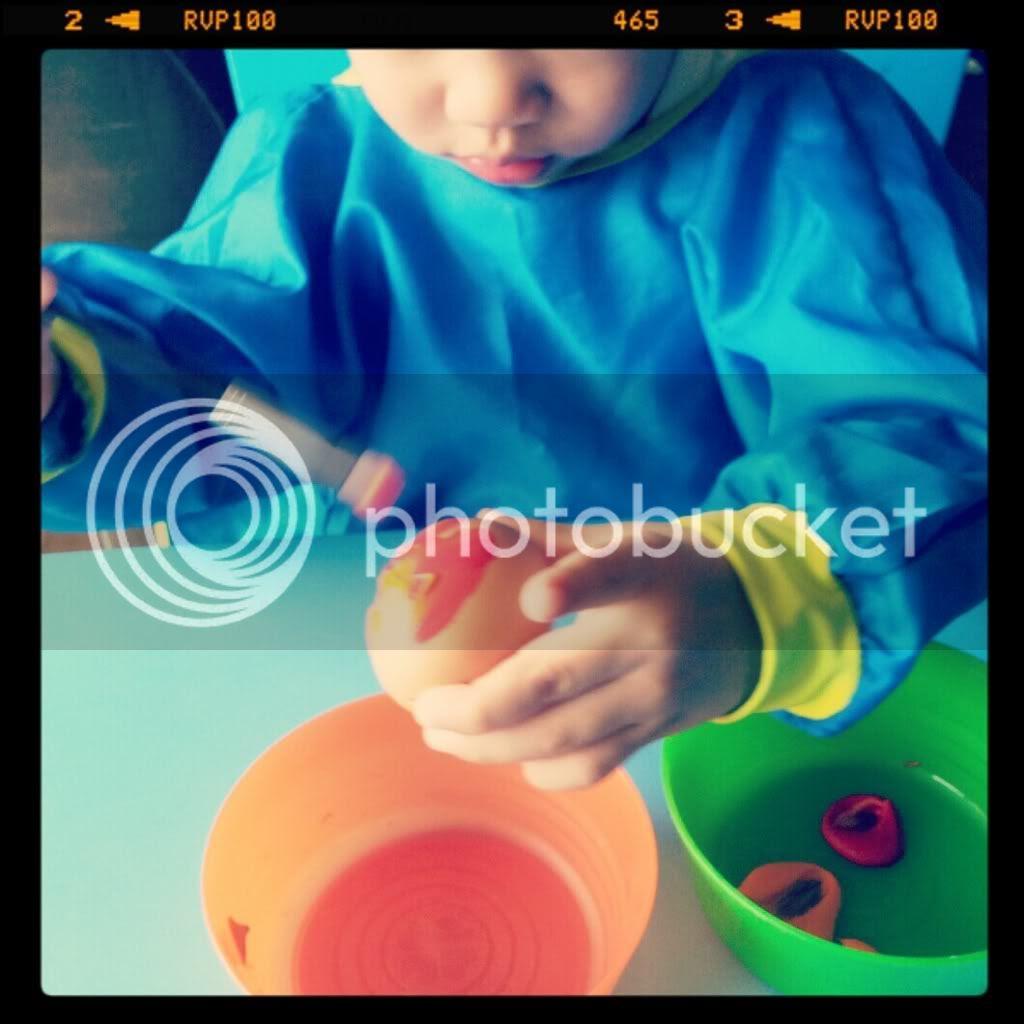 I asked him to pick 2 colours and his choices were red and orange. You can see him fully concentrating as he's holding the egg and painting it. 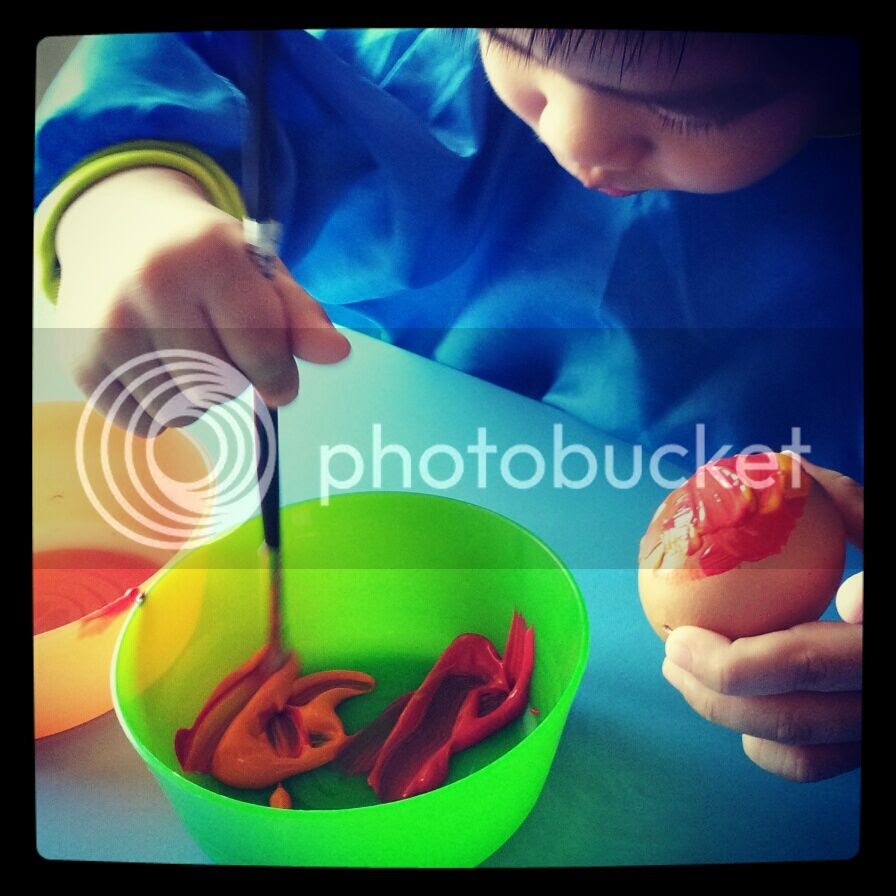 Really getting the hang of it by thoroughly mixing the colours. 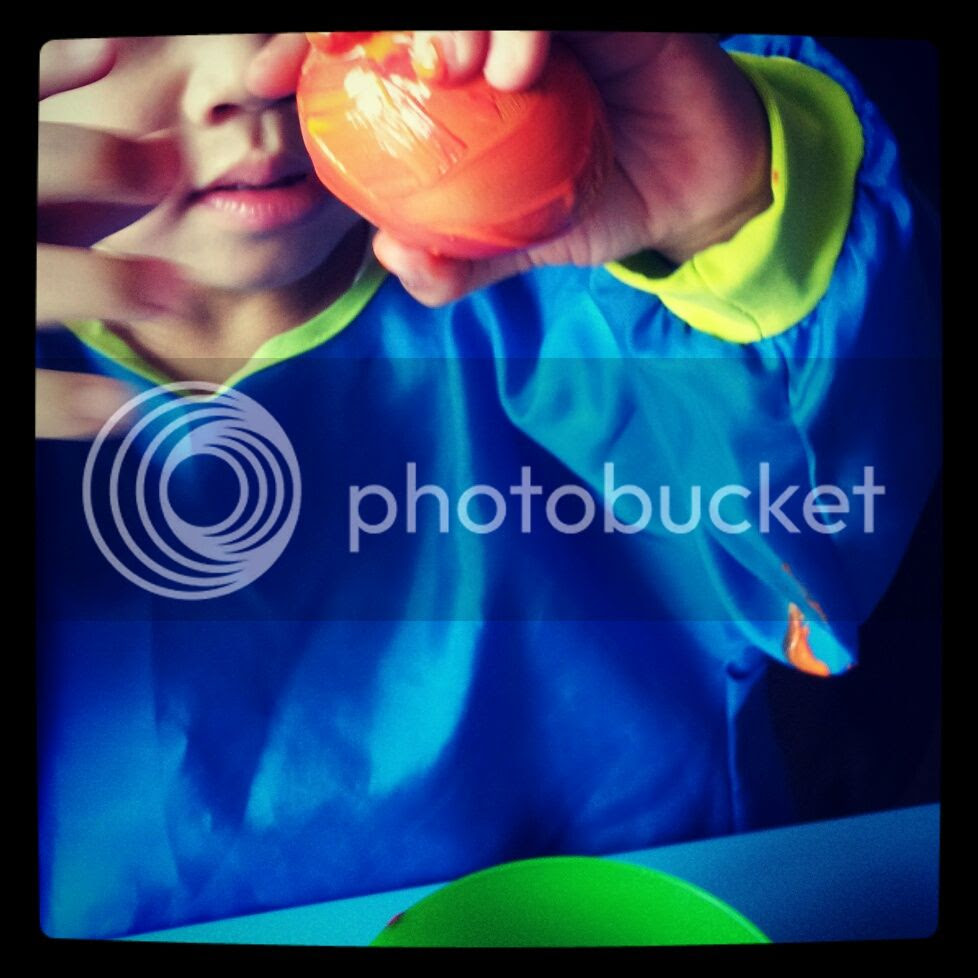 My egg, ma-meee! Hubs was less than complimentary about the colours and asked if the egg came from a bleeding hen :P
Posted by The Nonya at 4:47 PM