The idea of home made jam always brings forth to me images of hours spent bent over the stove top with hot bits of jam splashing at you. Doesn't sound like how I'd choose to spend my weekends. I was skeptical when this recipe promised that making strawberry jam wouldn't be as labourious as it sounded. I've made strawberry jam using the recipe a couple of times now and I'm pleased to say that it is fool proof and doesn't require the entire afternoon slaving over a hot stove.

I don't make huge quantities of this. I have no idea how to sterilise jam jars and the idea of having to chuck away all of them due to mold growing makes me queasy so I usually make enough to last us a week and refrigerate it covered. 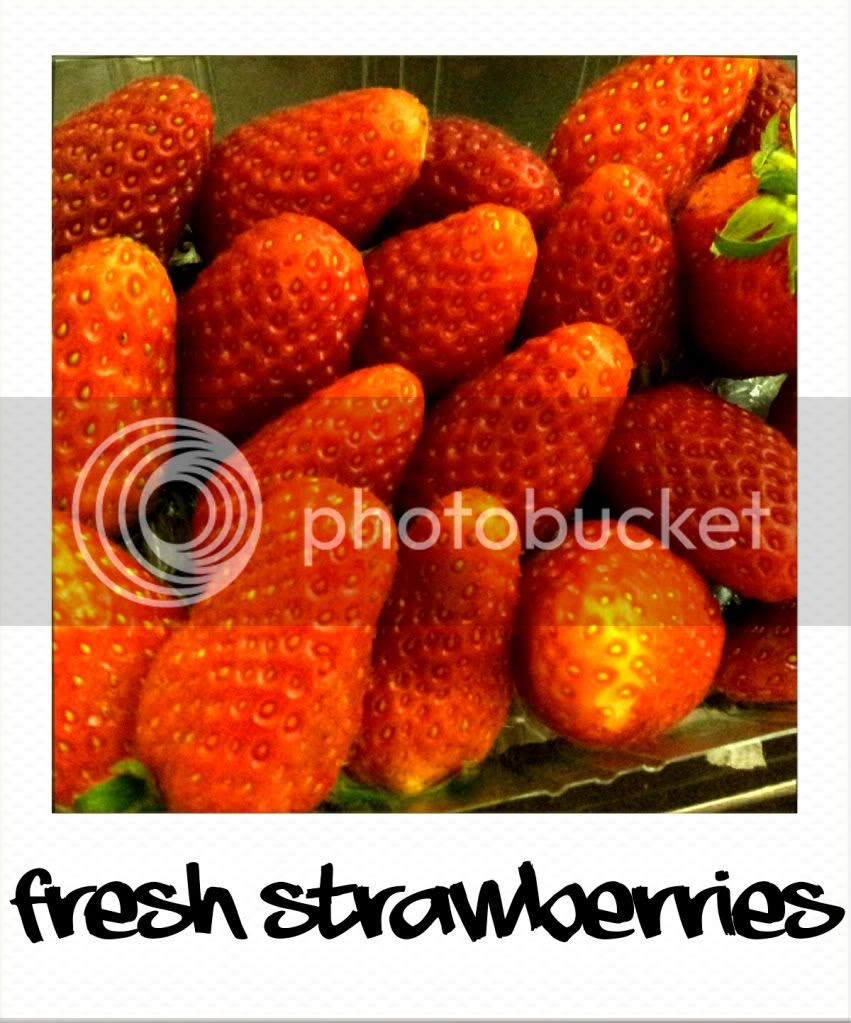 You start out with luscious, fresh strawberries ... I've to swat Bubs's thieving little paws away from them otherwise I'll end up with no strawberries at all for the jam. 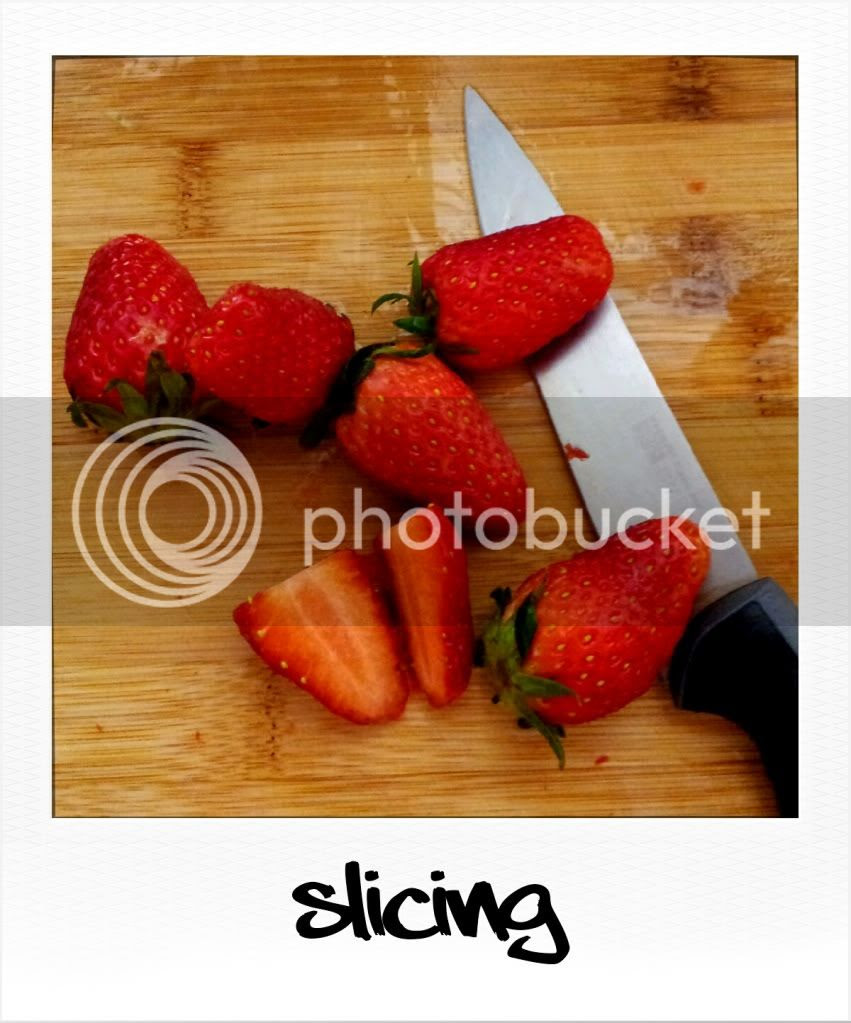 It's even harder to stop myself from pinching a few slices to nom on every now and then. 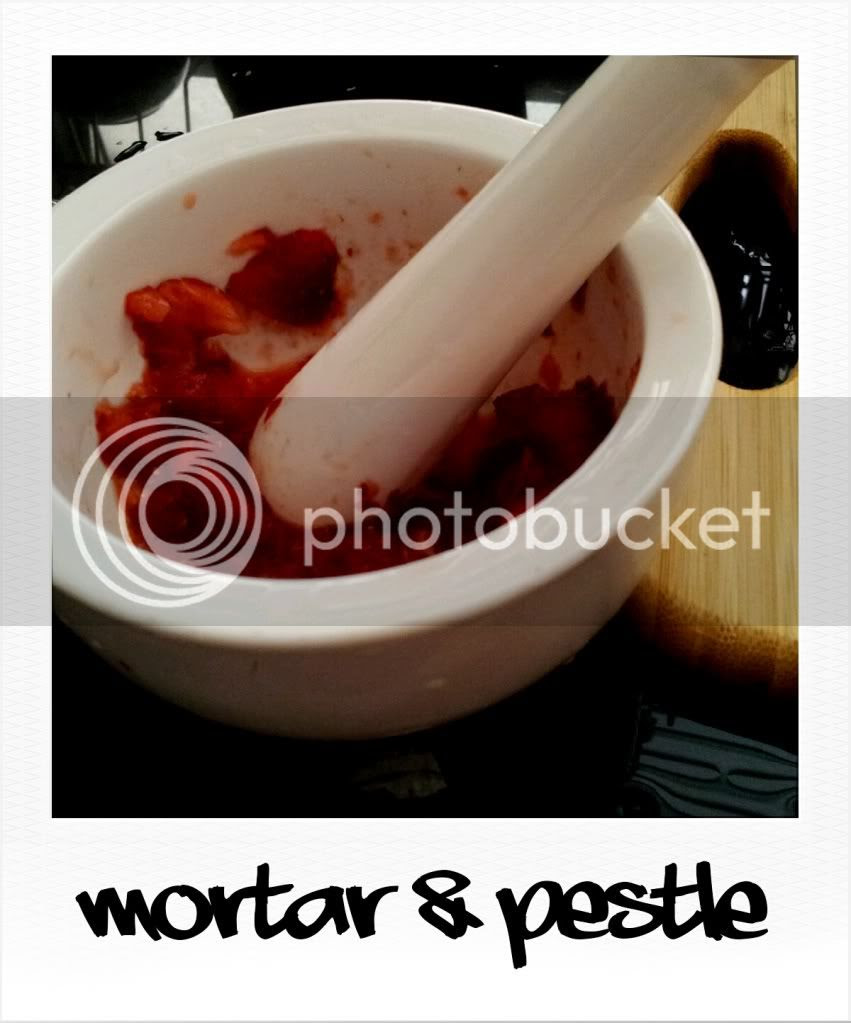 I'm really cheapskate old school and use a mortar and pestle to crush the berries. If you've a food processor, you could skip this step and give it a good whirl. 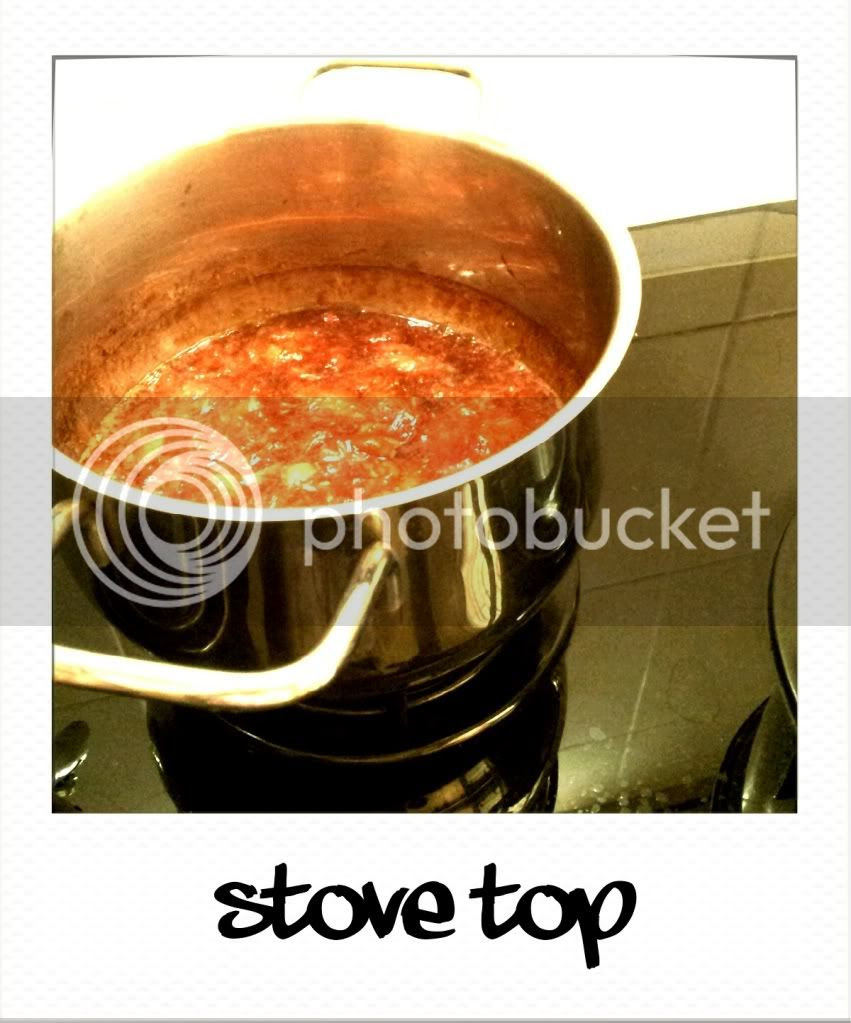 Add in sugar (I think the rule is equal amounts of sugar to the amount of strawberries that you are using) and since I'm sharing this with Bubs, I always use less sugar. Add in a nice squeeze of lemon (don't quote me on this but I think it adds a bit of pectin to it?) and bring to a rolling boil. I let it simmer for a while and then pour it into a bowl to chill in the fridge. Don't worry if it's runny. The jam will set after it cools down in the fridge. 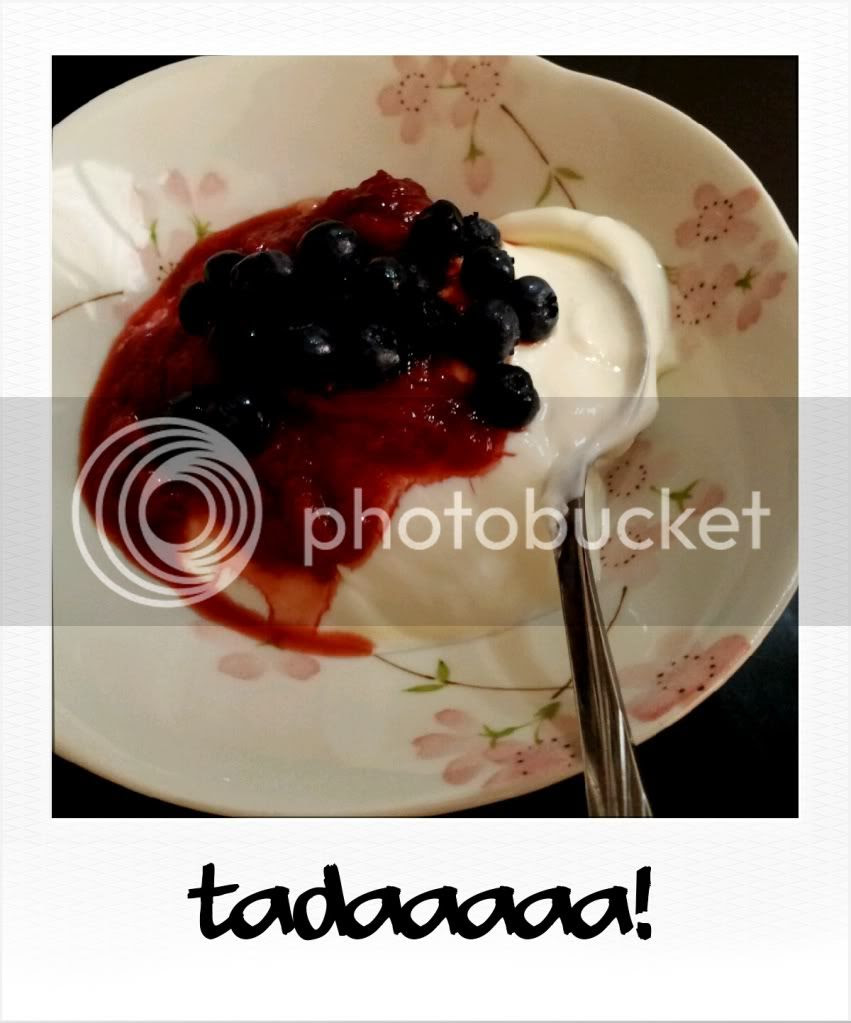 It's not as thick as store bought jams but the flavour is so intense and rich. I'm not sure if mine is considered more of a strawberry coulis than an actual jam but this is mind blowing to be mixed into Greek yoghurt and fresh fruits. I've also paired it with plain cakes and Bubs can't get enough of this.
Posted by The Nonya at 10:48 AM