The Week Long Holiday in Peek-tures

Bubs has been on a week long school holidays and because my work week was short as well with the multiple public holidays, I was lucky enough to be able to work from home. It gets easier as Bubs grows up as his attention span gets longer and he finds his own things to do around when I'm occupied. 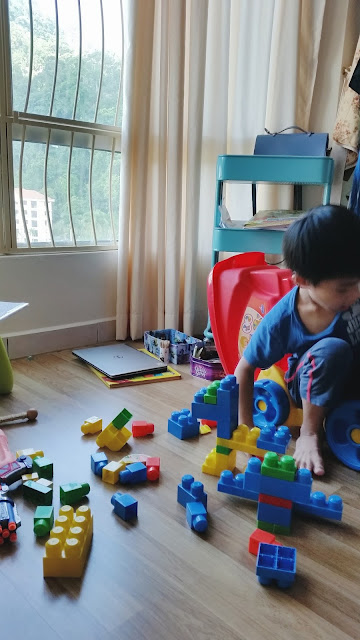 I was surprised he still finds his Mega Bloks interesting and it's interesting to see what goes on in that lil Bubs mind of his with his creations. He built a dog and an airplane, which was cute ... until he crashed the airplane into the dog. 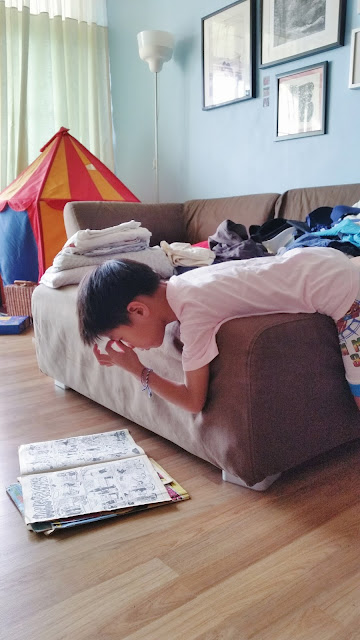 Even Hubs was taken back by how addicted Bubs is to my collection of 80s British comics. Think along the lines of Dandy, Beano, Whizzer and Chips. They're littered about our place and he developed very strong preferences. "No Buttons, Mummy, that's boring. I like Dennis the Menace." His favorite reading position is bizarre; he throws the comics on the floor, lies on the bed/sofa, stretches down to read. 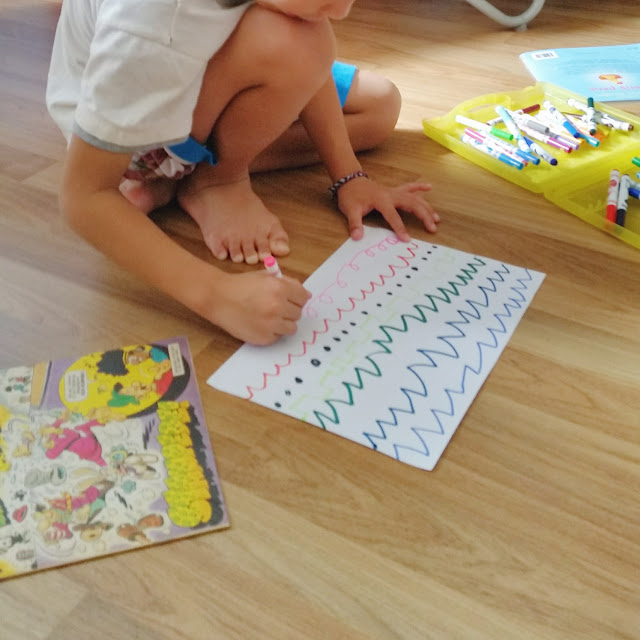 He misses school a little. He was very quiet the other day and I found him hunched over a blank piece of paper with his colour markers, doing lines and lines of form drawing all by himself. He also refuses to remove the little woven bracelets that his teachers made for him. 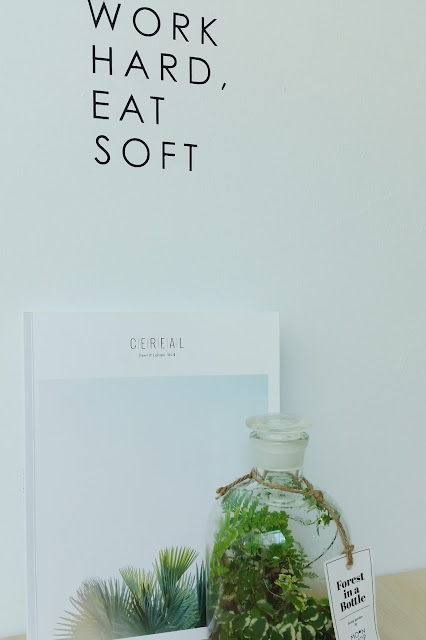 My cousin is crazy over Rabbit Softserve and since they opened a pop up booth at Udini Square, Bubs and I went over to try their famed single flavour soft serve during my lunch break. 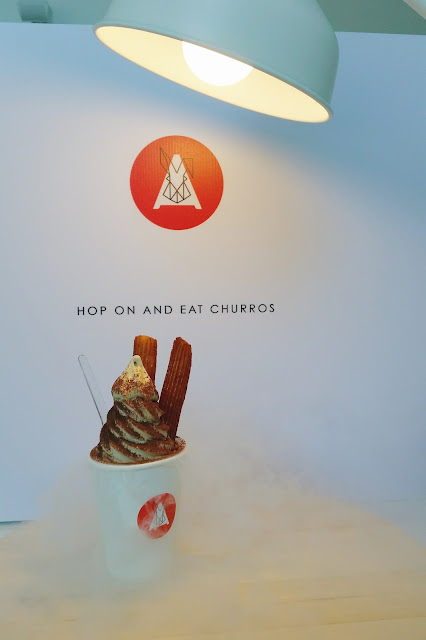 This weekend's collaboration is with my most-est favourite-est cafe in Penang, The Alley, and it comes with a side serve of either churros or cronuts. I'm not the biggest fan of coffee flavoured ice cream but this was really good, smooth with a rich, authentic coffee kick and dusted with cocoa powder. It's a little pricey at RM15 given that the soft serve does not actually reach the bottom of the paper cup (to Bub's fascination, it's dry ice) but it makes for a nice treat.
Posted by The Nonya at 11:32 PM