Since this was going to Bub's last year in kindy, Hubs and I threw him a birthday party with some of his kindy mates, friends and relatives at Adventure Zone, Golden Sands. I can tell you that all of the children went nuts the moment they stepped in there. Tossing off their shoes and waving a cheery bye to the parents, they whizzed straight into the indoor playground, shrieking with joy at the top of their voices. 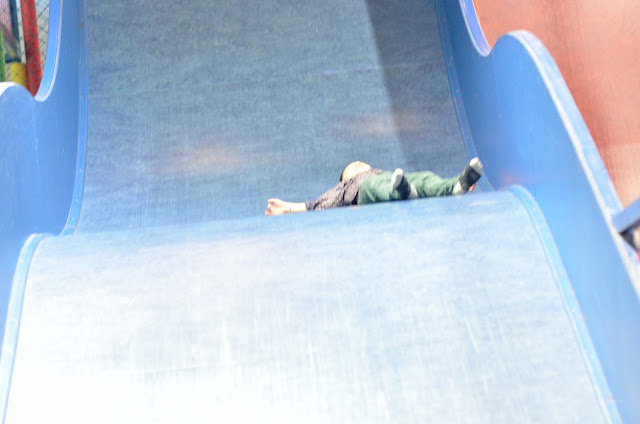 Bubs was over the moon, running, chasing and sliding with all his friends. The blue slide was one of their favourites. I can tell you that this time around, I wisened up and refused to wear long sleeves to Adventure Zone, so I wouldn't be pressured into going down this crazy thing. That didn't deter the kids though, they went on it multiple rounds. 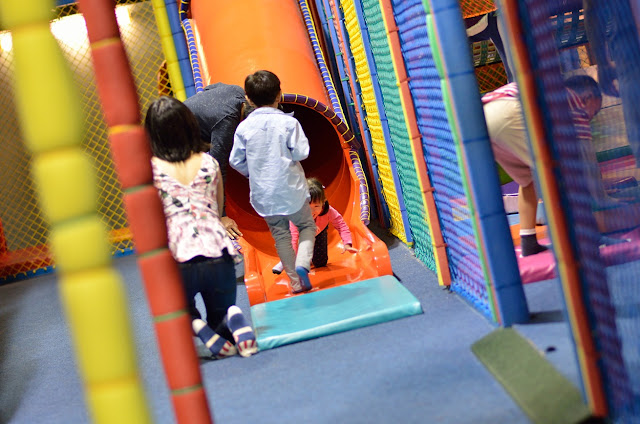 I may or may not have pinched Bub's spare socks just to run around in there myself with the children ;) 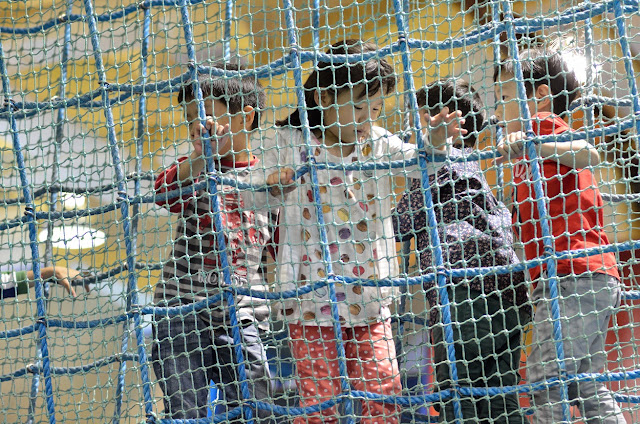 What happens if there's a traffic jam on the rope bridge? Be like Bubs, he literally climbed over people at the sides, like Spidey, it gave me a heart attack though. 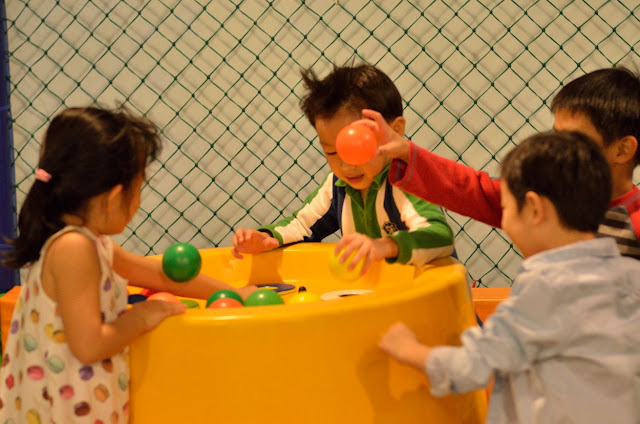 All the children were having so much fun that by the time the 2hrs were up, they were sooo reluctant to leave the play area and even made plans to return after the party. At this point, Bub's voice was hoarse from all the yelling he did. 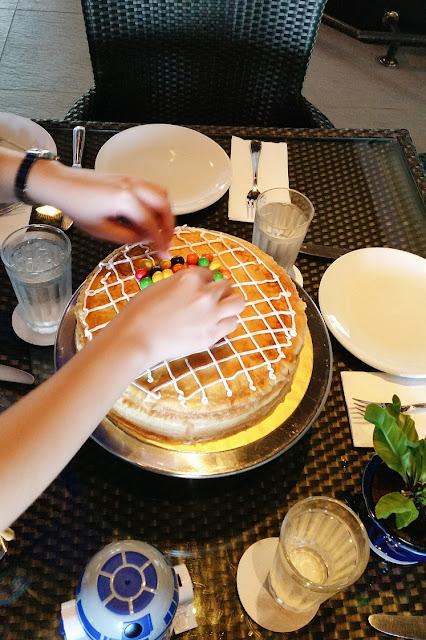 Siew made the best party planner ever. After hearing my confused ramblings about how I envisioned Bub's cake to be, she went ahead and helped me decorate it. We went with Humble Beginning's mille crepes and I brought along bags of candy plus some Star Wars Lego minifigs. I also stuck some gold and silver stars onto wooden skewers. I wasn't a big fan of the cream checks that Hubs asked the cake shop to pipe on but they did prove useful in making sure that all the bits and bobs stayed stuck on. 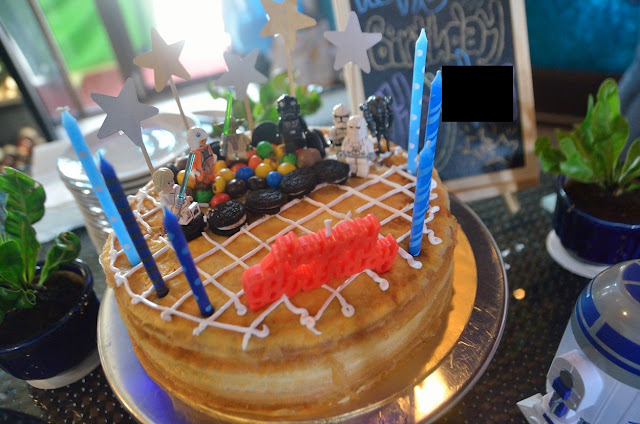 Voila, I totally loved the end result, not to mention that the DIY decorations cost a fraction of what it would if we went with a fancy customised cake. 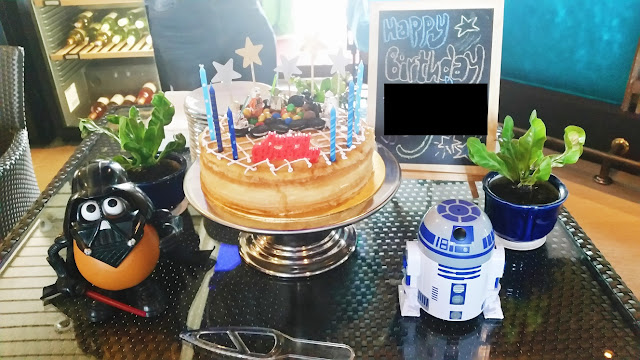 I was too lazy to make up a bunch of party decorations so we went with what we already had at home. The Sigi's staff were soooo nice to lend us that pretty cake platter. All the children loved it and started poking at the toys when they came into the cafe. 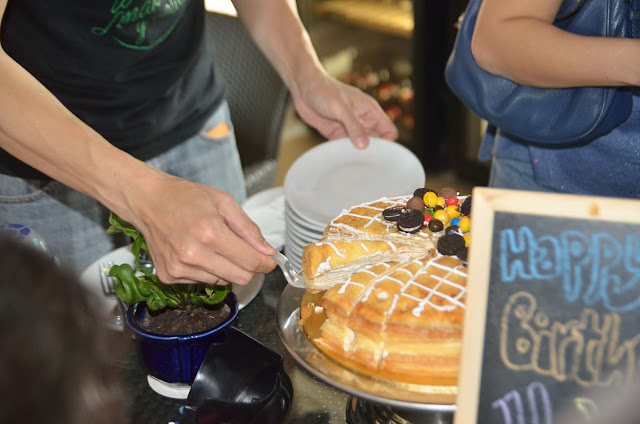 The candy topping was a hit as most of them kept requesting for M&Ms and mini Oreos on their extra helpings. 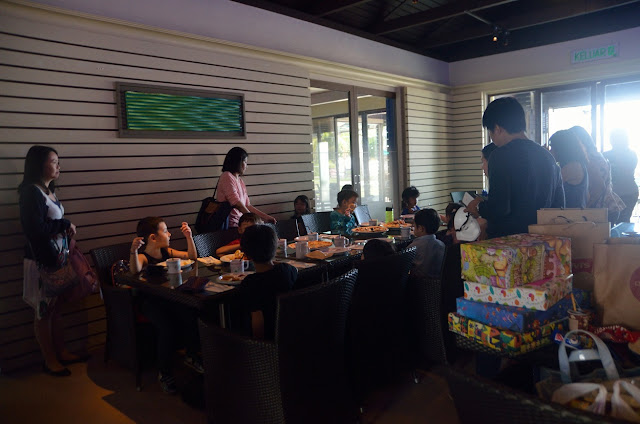 I couldn't tell who was more tired: the children or the adults :P Bubs is already asking if he can have 2 birthdays this year!
Posted by The Nonya at 10:05 PM