The first time Bubs recited this Hokkien ditty, I was confused and it took me a while to understand the words. He practised it daily his school's lantern festival. To my surprise, when Bubs was reciting the first few lines, my Dad completed it - I'd no idea it was such an old poem. 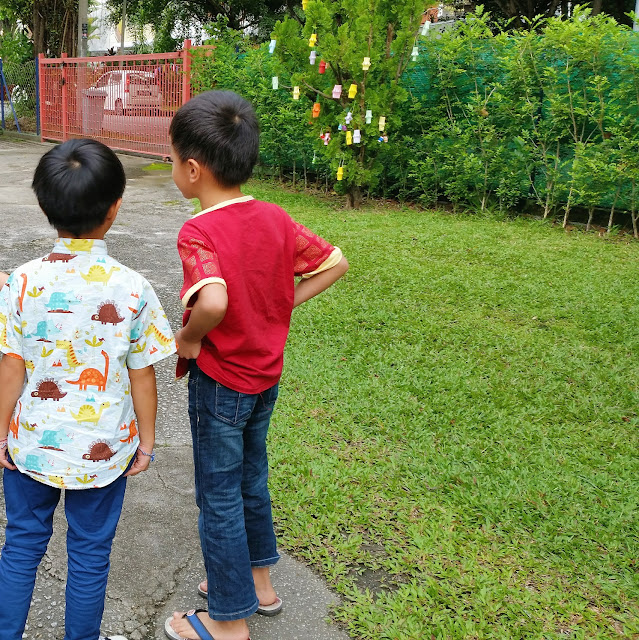 The children worked hard in preparing for the festivities. They made dozen of colourful little lanterns that were strung around the garden. They also made their own mooncakes that were coloured with the blue flowers that grew in the school. 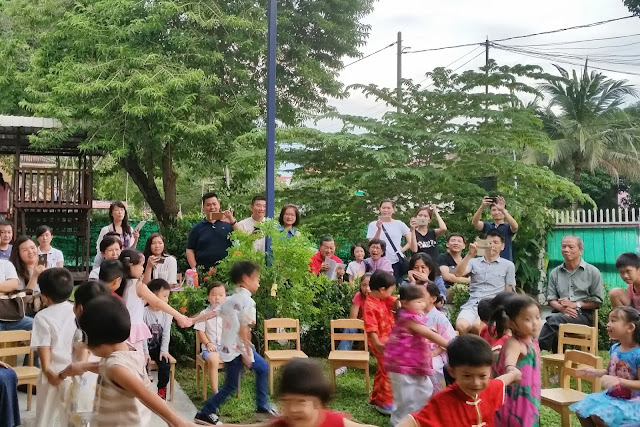 They performed many songs and dances for the proud parents who gathered eagerly around them. I can't help but feel wistful that it's Bub's last year in kindy. Bubs was so proud to be considered one of "big children" and took his duty seriously in leading most of the dances. He was happily skipping and prancing away at being the farmer in the dell when his shoe fell off mid performance - it didn't help that when everyone was stunned into silence, Hubs was the first one that started laughing hard at him. 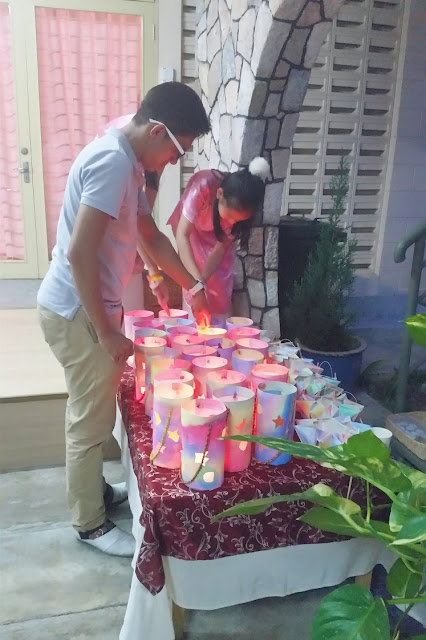 After a mini dinner of fried noodles, fresh fruit and mooncakes, the children's handmade lanterns were lit up. The rainbow-like glow from the paper lanterns was beautiful in the darkness and the children were singing as they lined up to walk around the garden. 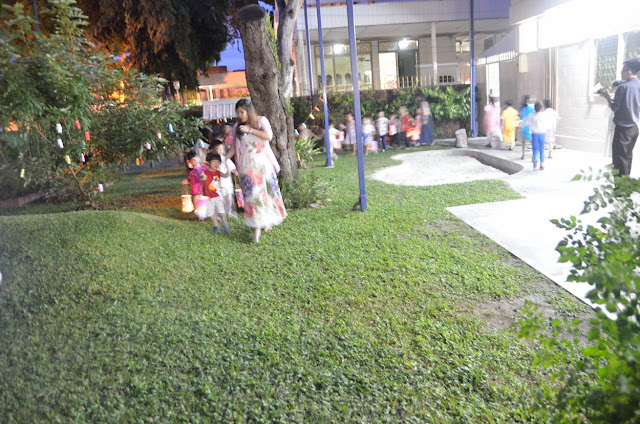 It was a good thing that it was a relatively clear evening as it was pouring cats and dogs earlier in the day. 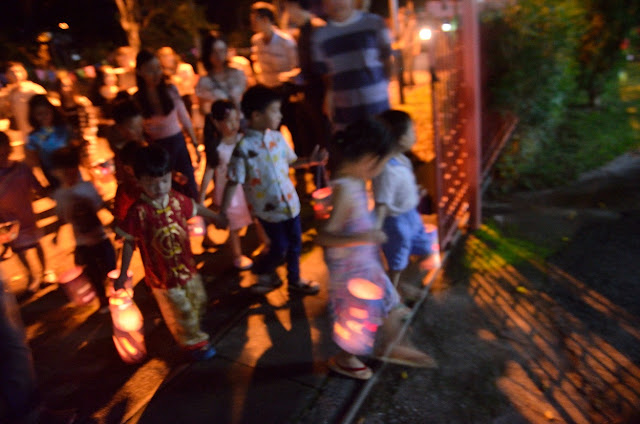 I think the children were really excited when the school gates were opened and they were allowed to around out onto the little side road with parents supervising them at the sides.
Posted by The Nonya at 11:46 PM