During our last few days of the trip, we stayed over at my Uncle Eng's home and it turned out to be one of the best decisions we ever made. He was accomodating beyond words and was such a lovely guide around London. 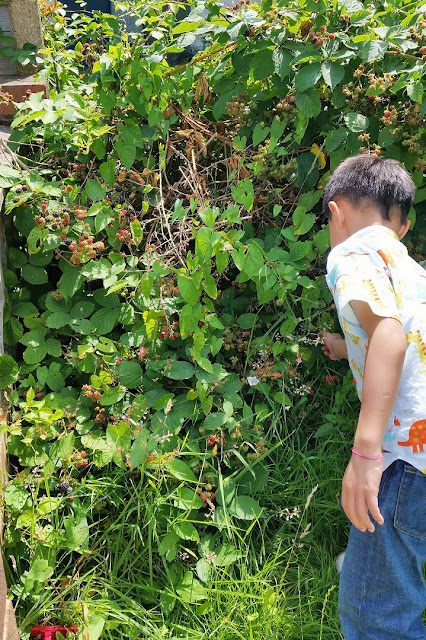 I was squealing with excitement when we found out that his back garden had bushy snarls of wild blackberries and immediately grabbed a bowl from his kitchen to start berry picking - another item from my wish list completed. Uncle Eng warned us about the stinging nettles close by and as dumb as it sounds, I was happy about seeing them too, it was like something out of an Enid Blyton story. 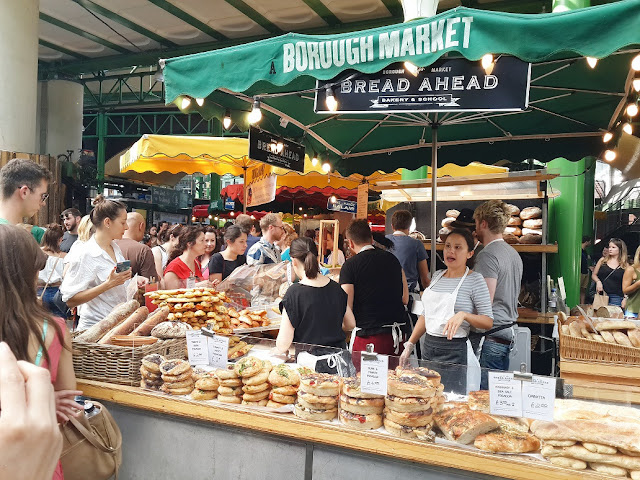 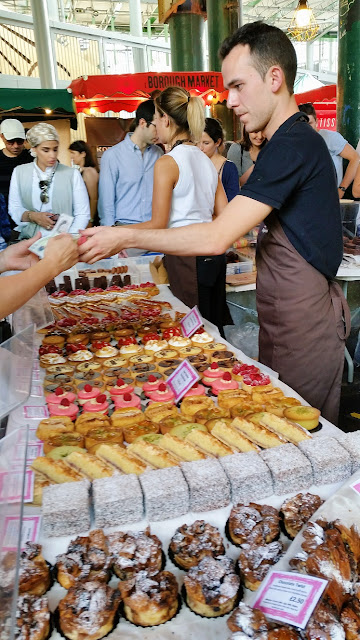 The biggest mistake we made with Borough Market was visiting it right at peak time and on empty stomachs. It was packed fuller than sardines and we literally ate the first thing that we saw, which was nice, but filled us up so much that we couldn't really walk around and sample other delights.

Most of the delectable items on offer were impossible to cart back home on a long-haul flight: think fresh cheeses, olives, salami, honey, olive oils and balsamic vinegars in glass bottles so I gave them a longing look before we went to our next destination. 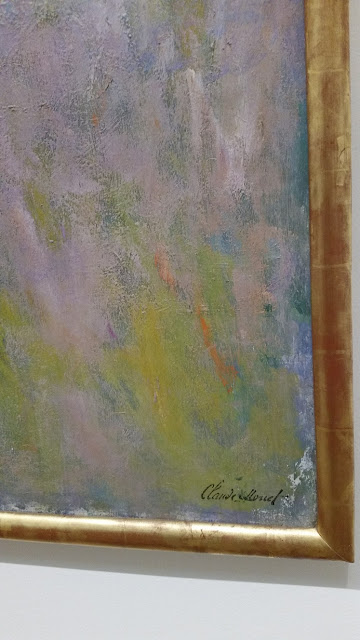 Like most of the other musuems in London, entrance to the Tate Modern was free. Bubs did not appreciate modern at all and made loud comments, "Look at this painting, it's so messy!", "What's this? These are scribbles!". To be honest, some of the pieces had us scratching our heads too. Hubs was excited though about being able to view Monet's Water-Lilies in person. 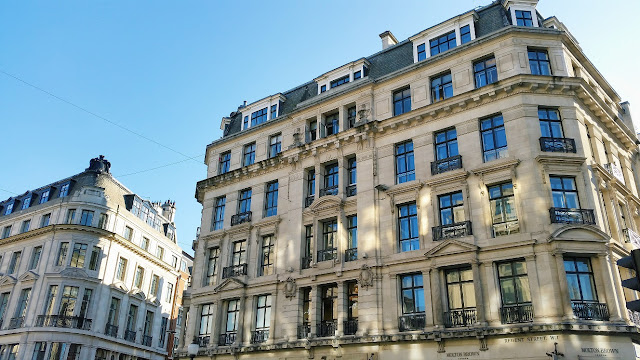 I'll admit that at this point, we cut short our cultural activities for the day and hurriedly went on to squeeze in some shopping time at Oxford Street before meeting Uncle Eng for dinner. Hubs took Bubs to Hamleys where he was delighted to find staff putting on an impromptu play with Gruffalo hand puppets while I had some me time wandering down the streets, deciding which store to head into. 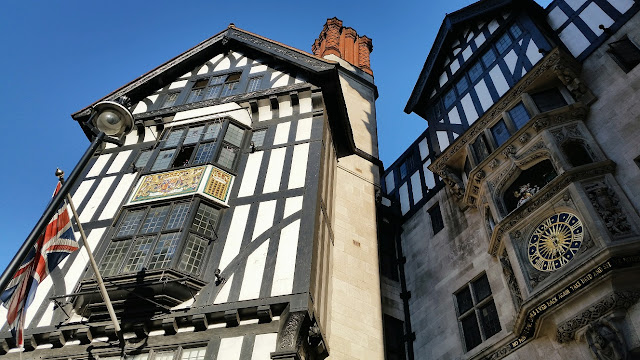 The Liberty store was so fascinating though I didn't know that their fabric cost that much! I confess to immediately purchasing a few Libery pieces from the Uniqlo collaboration upon our return to Penang. 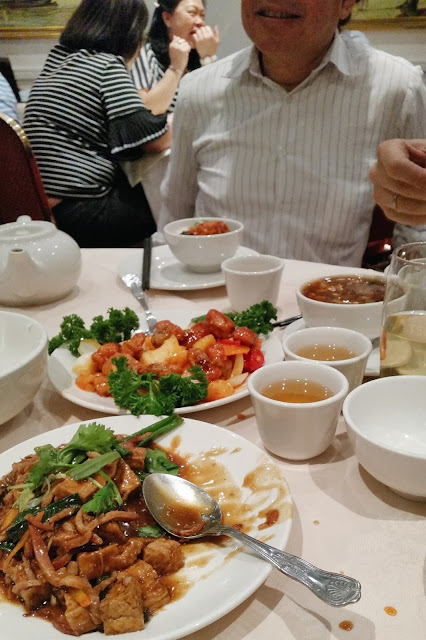 Before our trip, I warned Hubs repeatedly that we will not eat Chinese food in London so I was hesitant when Uncle Eng brought us to - yes, a Chinese restaurant for dinner. We waited 2 hours outside just for a table at Gold Mine, Bayswater with Uncle Eng assuring us that this is the BEST roast duck in London.

I'm sorry to say that I'd to literally eat my words - I know, there isn't a picture of the fabled ducks because we were eating far too ravenously but trust me, it was tender, succulent and now I get the hype. Hubs chatted with the staff and found out that one of the chefs is from Ipoh :) 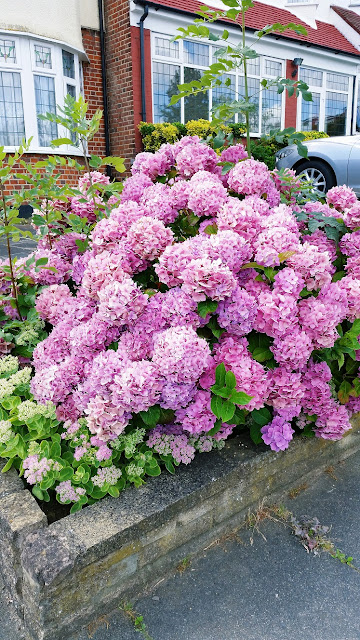 The next day, Uncle Eng took us to a few sights before heading to Heathrow. My mouth still dropped open each time we walked past front gardens of most houses. Look at how fat these hydrangeas are! Mum spent an insane amount of time (and fertiliser) trying to get hers to bloom in Penang and hers are not even 1/10 of these. 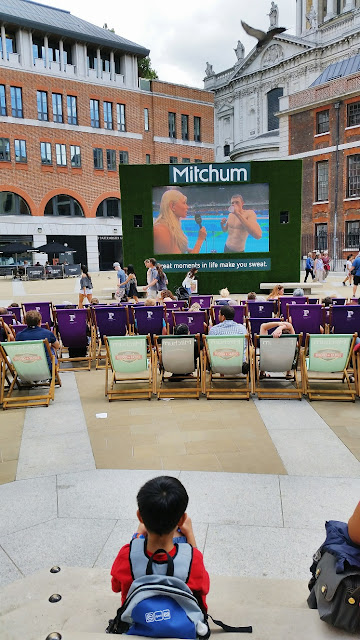 There were a nice spot set up behind St. Paul's where deck chairs, a ping pong table were arranged for people to watch the Olympics. Bubs had a nice rest munching on his sandwich, in between chasing fat pigeons. Uncle Eng told us that London used to use birds of prey to control the pigeons - I was thinking that they should just hire Bubs to do it ;) 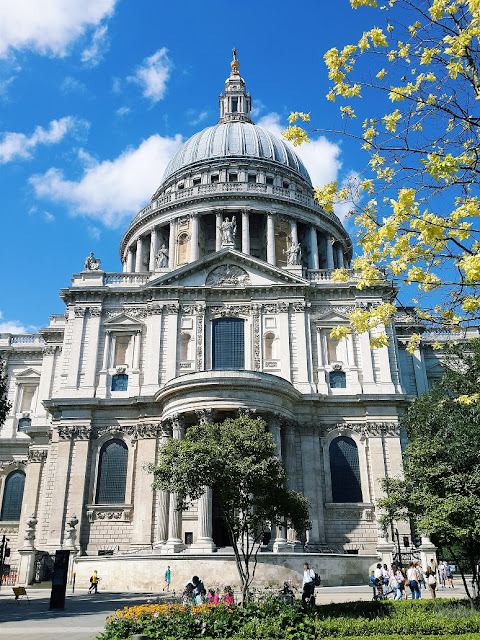 The beautiful facade of St. Paul's Cathedral. We were lucky that we were there on a Sunday so we were allowed in without paying the entry ticket but as there were services going on, photography was prohibited. It was peaceful and serene inside and we walked around quietly for a while, lighting a candle in thanksgiving. 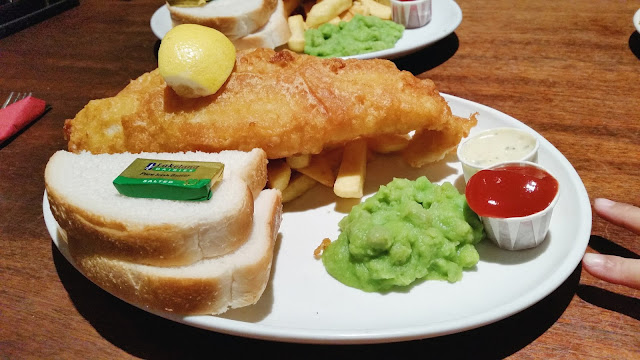 Uncle Eng took us for fish & chips at a pub close by as it was one of the things that Bubs wanted to have in London. Given that I usually despise peas, the green pea mash was really good that I polished off Hub's helping too. 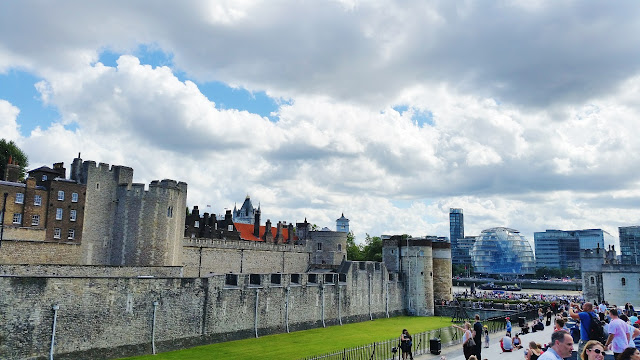 We then went to the Tower of London. I was kicking myself for not slotting in more time for this as we all found it fascinating ("Bubs, they beheaded prisoners there!") 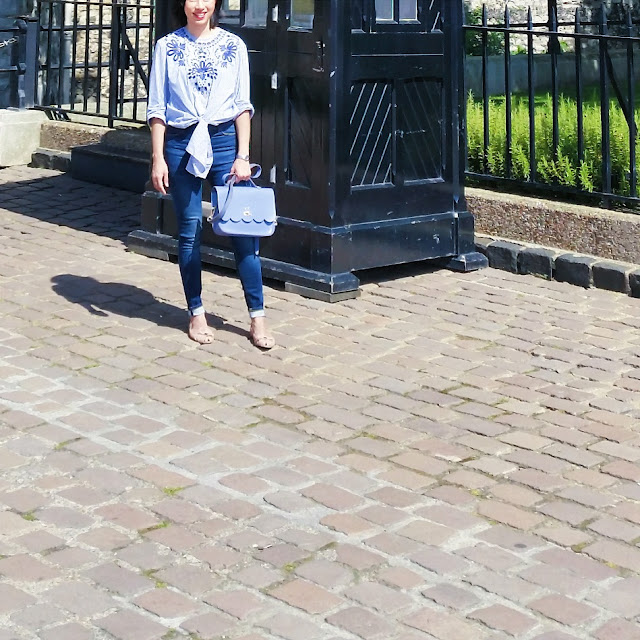 We stopped for a few photos. 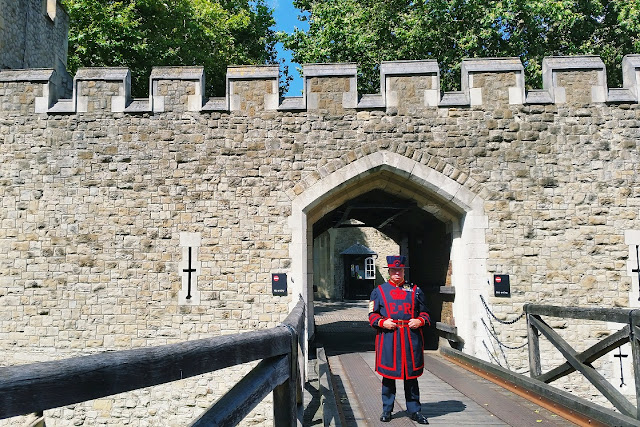 "Mummy, why are they called Beefeaters?" 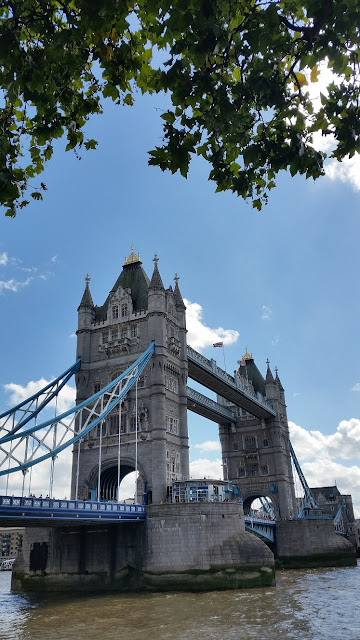 And ended our journey with some photos of the iconic Tower Bridge.
Posted by The Nonya at 11:54 PM