On day 3, we'd to move out from Sheppards Bush to Wokingham to be closer to my office so we had second thoughts about visiting Mayfield Lavender Farm, even more so when the skies were still a stony grey. It's about 90 minutes away from where we were and took a couple of tube changes plus bus rides but I'm so glad that we made the visit, even in the unceasing drizzle. Entry tickets are £1 per adult and free for Bubs without any time limit. No outside food is allowed as they have a cafe and no picnics are allowed in the lavender fields. 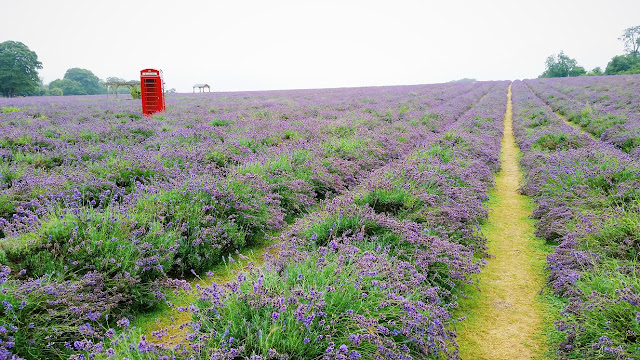 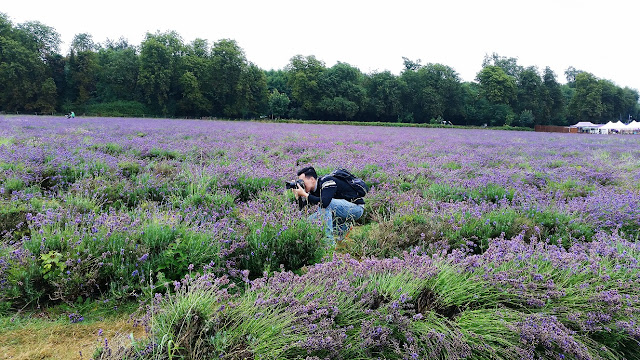 The moment we stepped into the sea of purple hued blossoms, our hearts lightened tremendously and even grumpy ol' Hubs had a smile of wonderment on his face. Bubs had so much fun prancing and skipping along the rows and rows of lavender. We couldn't really smell that beautiful, perfumey lavender scent under the rain but on the plus side, there were less bumblebees around. 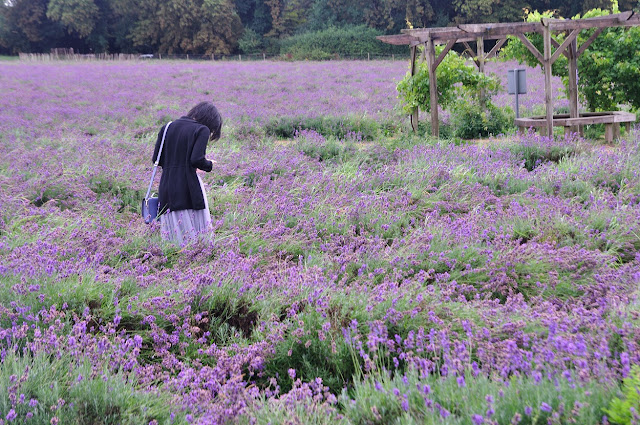 This was how we were clad in most of the time, heavy jackets plus a raincoat on Bubs. 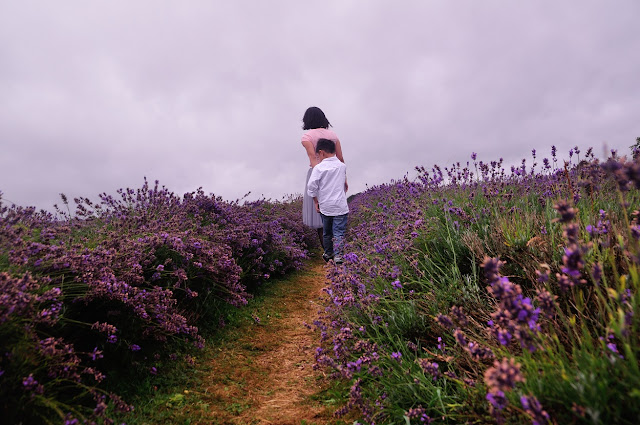 Vainpot me decided that since that Bubs had on a Uniqlo Heat Tech thermal singlet inside, we could walk around without jackets for a few photos. 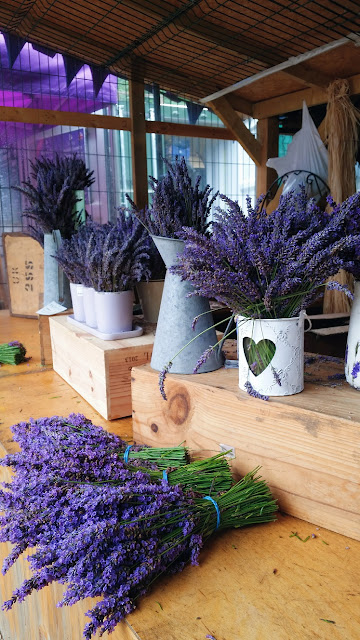 They have a small gift shop and cafe that we dropped by as we reluctantly left the beautiful oasis. Bubs was upset that the home made lavender ice cream wasn't ready yet at that time but we placated him with yummy lavender shortbread. 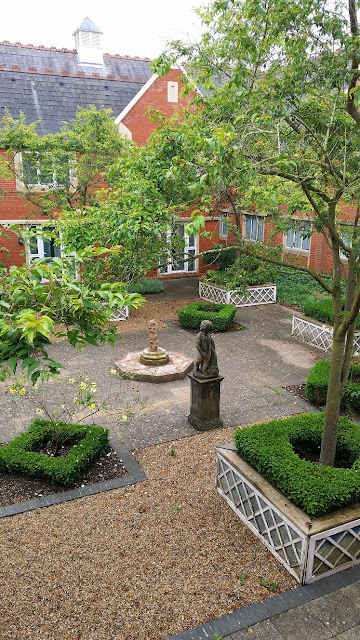 The Hilton St. Anne's Manor was our home for the next few days as it was close to both my office and Legoland. Staying at a manor - one item checked off from my bucket list :) Red-bricked and white trimmed, it looked like a gingerbread house with tiny courtyards complete with stone statues. We went down in the unlit courtyard in the middle of the night, giggling and stumbling over the paving and Bubs was terrified out of his wits. 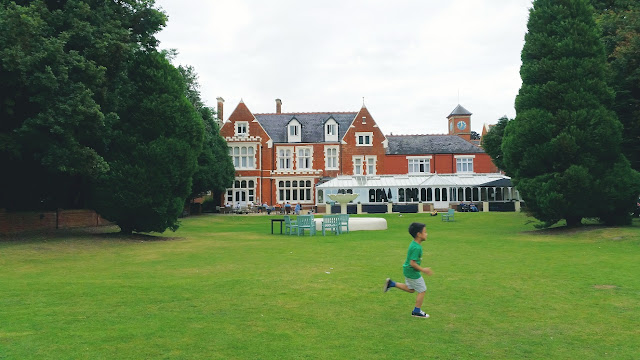 Bubs loved the ginormous lawn behind it as it was filled with kiddy sporting equipment like moveable basketball hoops, goal posts, badminton racquets plus there were always kids playing outside there. 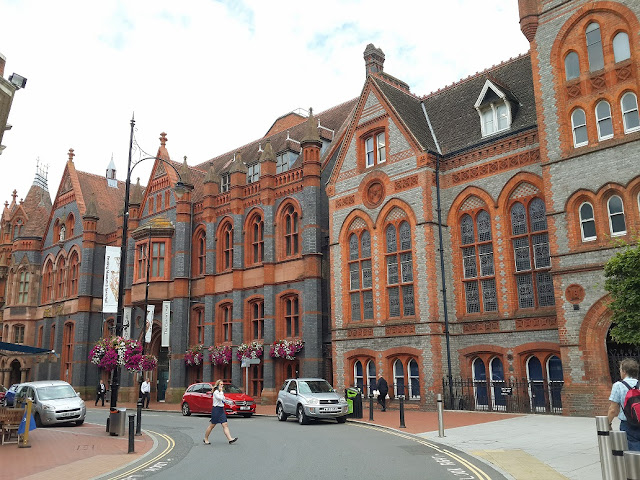 We didn't know that Oyster cards weren't accepted outside of central London and Hubs had to shell out extra for bus tickets. I'd to work so he took Bubs to Reading where they went to a public museum (again, free of charge - I'm amazed at how many free activities England is filled with!) where Bubs participated in some hands on kids activities by colouring a train on an ice cream stick. After seeing the gorgeous brickwork from Hubs's photos, I couldn't help but wish that I'd some free time to tag along with them. 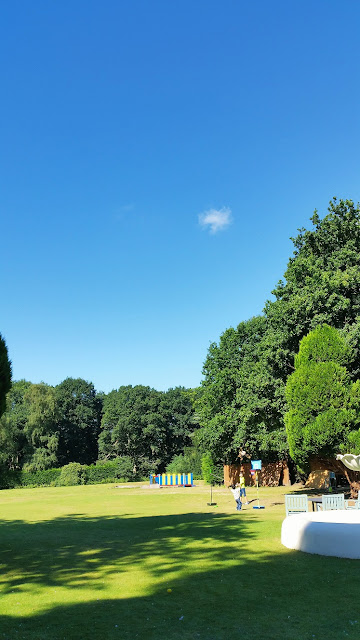 On days where the sun came out and the skies were a heart achingly blue, it was just so picturesque that I wish I could freeze that moment forever. 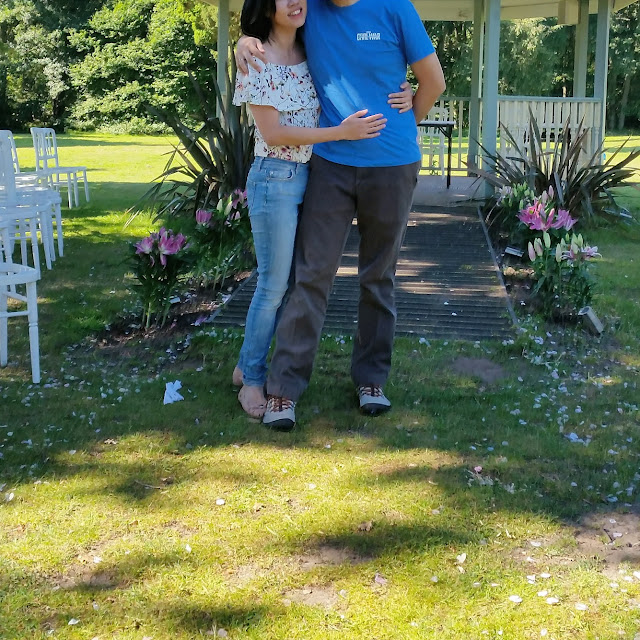 There was a wedding the day before and they left a little trail of fresh lilies, paper confetti - couldn't resist sneaking a few pics in.
Posted by The Nonya at 11:05 PM