We were very lucky that my organisation had a meeting in London during summer and since all the stars were aligned, Hubs and Bubs tagged along on an extended holiday, woots! Surprisingly, Bubs was as good as gold on the grueling 13-hr flight. We gave him free reign to all the screen time he wanted on the plane (apart from warning him NOT to watch Deadpool) plus a generous supply of snacks.

Bath wasn't initially on our list of places to visit but after D kept insisting that we spend at least a few hours there, I'm so glad that we listened to her. It was so beautiful that we ended up staying the entire day walking about the streets and taking in all the sights. 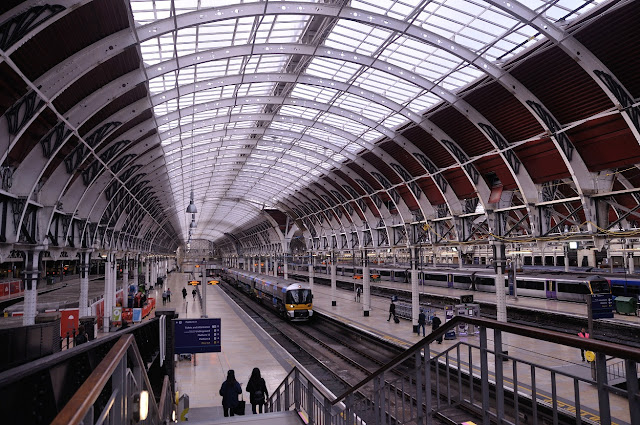 Hubs bought train tickets online, you've present the credit card that was used to purchase the tickets before you're allowed to collect them at Paddington Station. I wished that we went a bit earlier so that we could find Paddington Bear at the train station but we were in such a hurry to catch the train that we missed that. It's a 90 minute train ride to the Bath Spa station and once you reach there, you don't really need public transport around the Bath city center. 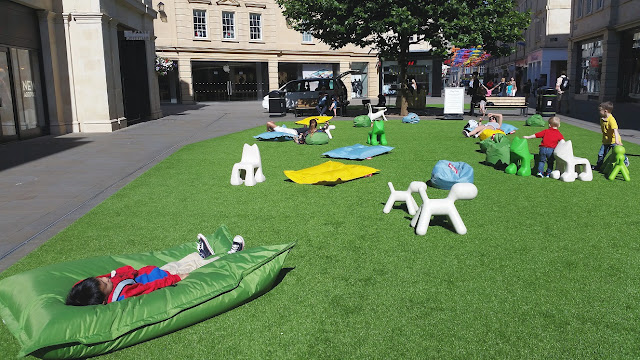 It was such a gorgeous, summery day with clear blue skies. There were pockets of communal space where deck chairs, toys and even air mattresses were laid out for people to just chill around. 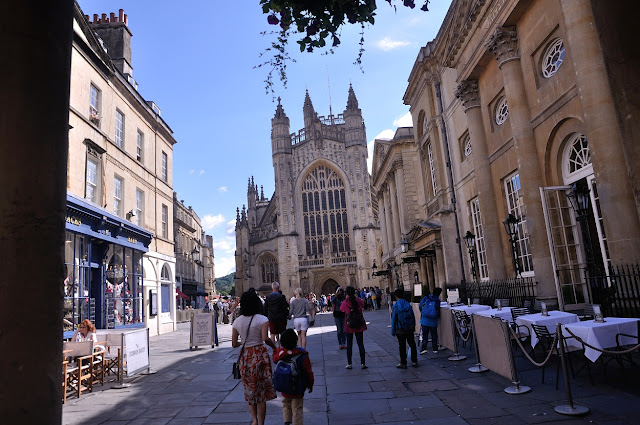 First on our list was the Roman Baths, an amazingly well-presevered public bathing site during the time of the Romans with an enclosed museum. 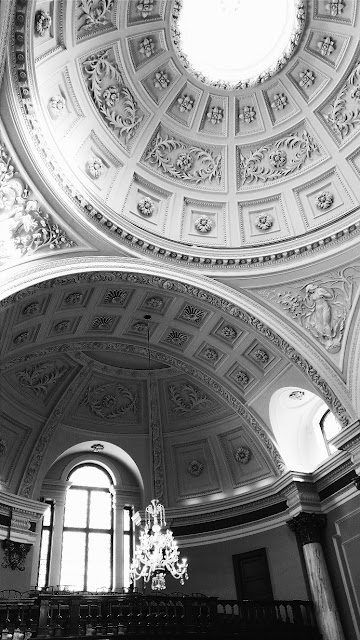 The domed ceiling of the public visitors' entrance was enough to take our breaths away. Ticket prices are steep after conversion to MYR but trust me, it's well worth every penny. Portable audio guides are included in the ticket prices and it kept Bubs occupied while we were exploring the inside. 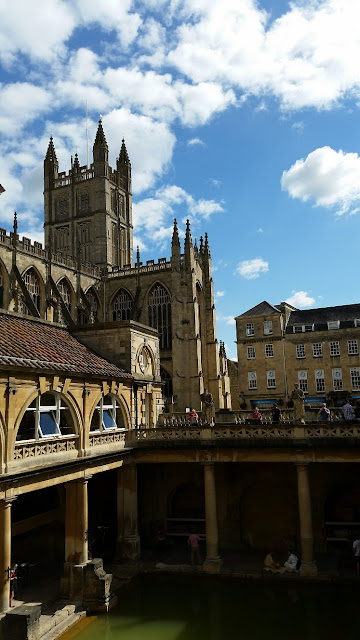 You get quite a nice view of the Bath Abbey next door. 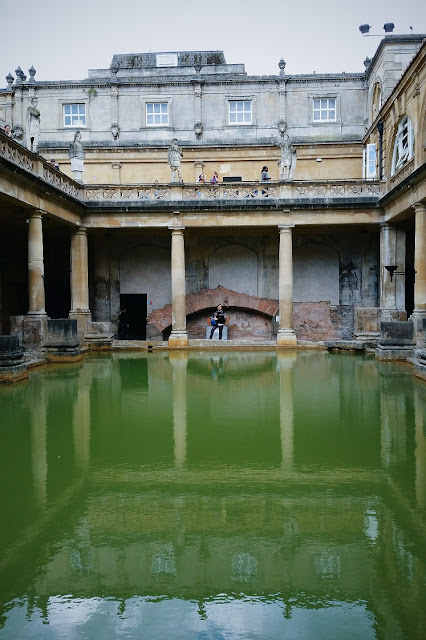 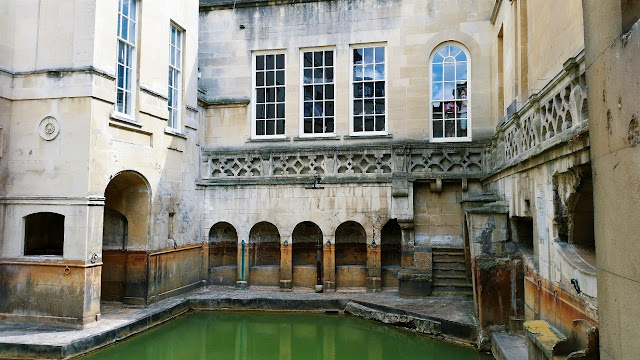 It can get very busy so it's best to come the moment they open the doors and go straight down to the baths level. The waters look very tranquil but are unsafe for touching or drinking. You can try the treated spa water at a drinking fountain close to the exit and it is an acquired taste! Rich in minerals and still warm, it reminded me of egg shells. 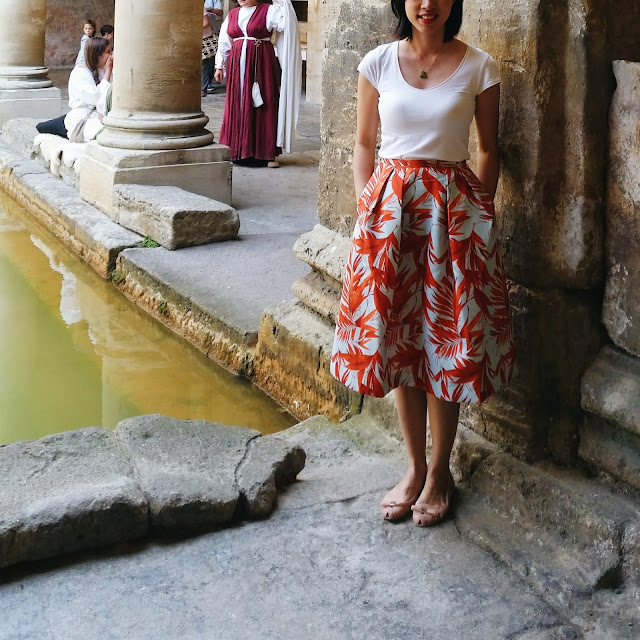 To add to the atmosphere, guides clad in Roman costumes mingle with visitors while staying in character. We met a merchant, a servant and a matriarch who gave us glimpses of life back then. 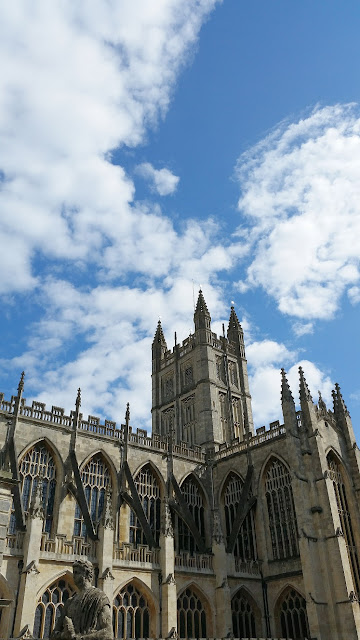 We popped by Bath Abbey but as there were Sunday services running then, we had to give visiting the inside a miss. 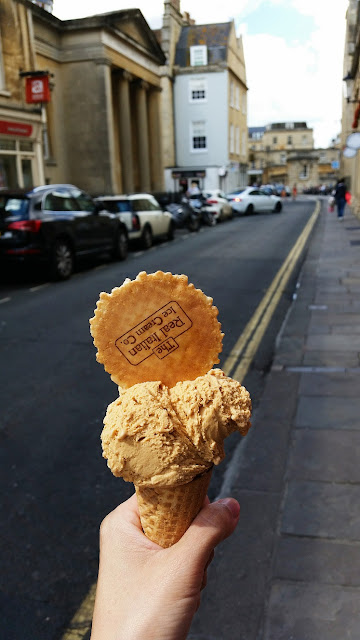 Bubs insisted that we have an ice cream stop before we continued walking. 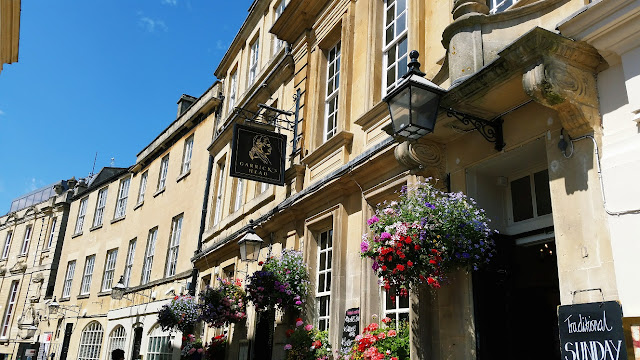 One of the things that fascinate me about England is that most pubs are family-friendly and that children are not only allowed inside, but actually welcomed with a kids-friendly menu. Garrick's Head was recommended on a list of Bath's great eats and it did not disappoint at all. 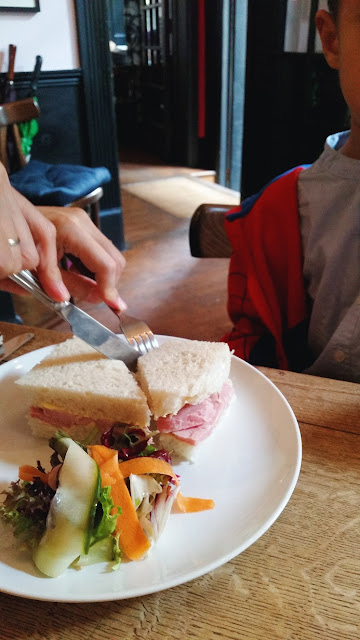 Bubs was delighted with his choice of ham and cheese sandwich which was served with a side salad. The ham was so juicy and succulent with flavour that even I couldn't help stealing a few bites. 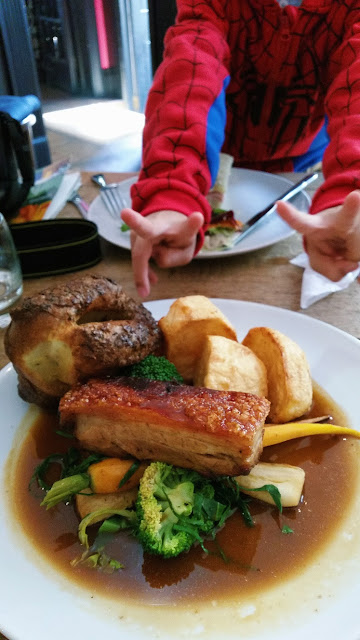 The roast pork was truly a dream come true served in a large portion with roasted veg, Yorkshire pudding and the best-est spuds that were crispy on the outside and fluffy on the inside. 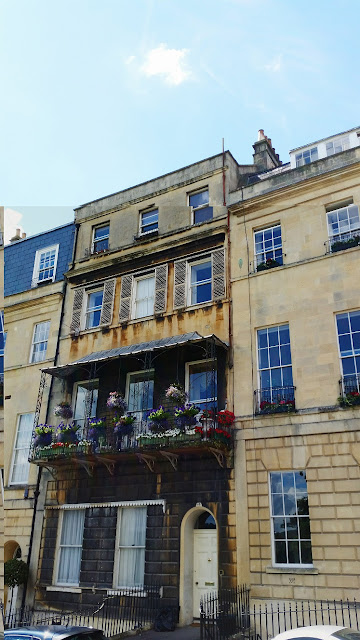 Fueled by such an amazing lunch, we headed to the Circus and the Royal Crescent. We spotted many seagulls along the way and cheeky Bubs enjoyed chasing the white, plump birds away. 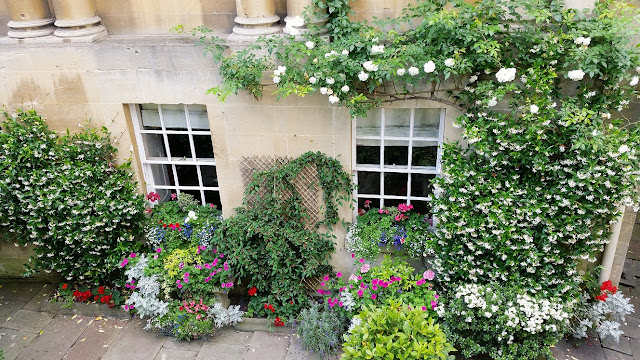 Summertime in England is truly glorious, all of the colourful flowers were in bloom and I kept stopping every few steps to furtively snap pictures of gardens growing in the stone-bricked homes. 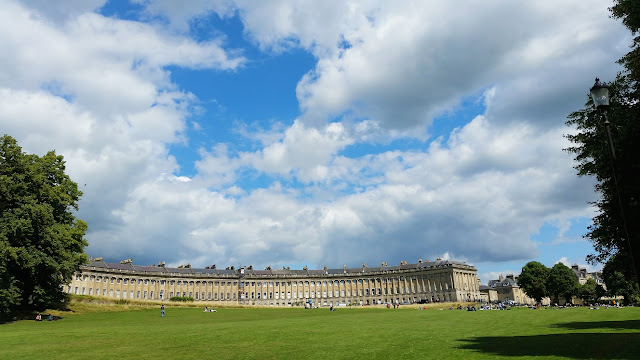 We stayed for quite a while at the Royal Crescent; there were a number of people just lying on the lush, green lawn, soaking in the warm rays of the afternoon sun. Bubs enjoyed the idyllic setting so much that he literally rolled around the grass! The weather that day was just fantastic with a nice, cool breeze that made sure you don't sweat much. 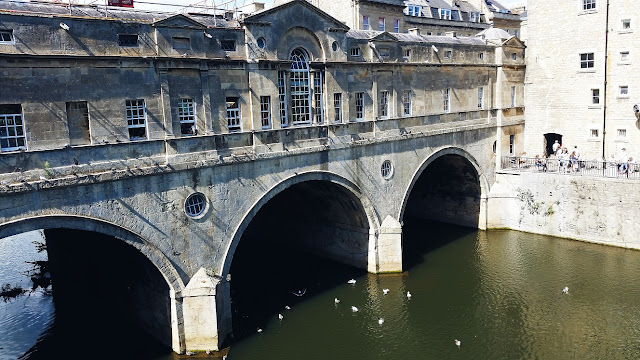 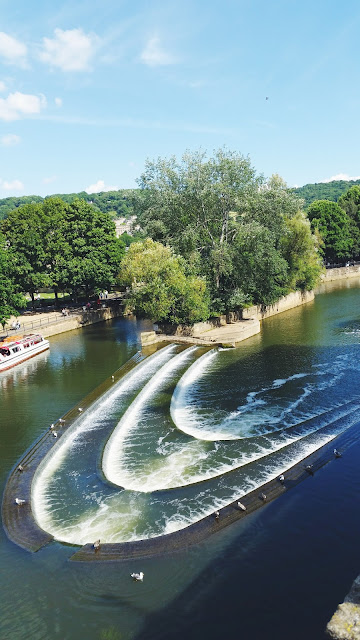 Before heading back to the train station, we stopped at Pulteney Bridge that crosses the River Avon. There are still cafes and bakeries there where the best views in Bath are yours only for the price of an afternoon tea :)
Posted by The Nonya at 11:31 PM