While Hubs was Away


The last time Hubs went on a business trip, he was stuck in Japan during the earthquake of 2011 and his previous manager felt so bad about it that Hubs managed to escape business trips for a long time. Given that Bubs was just 6 months old at that time, Bubs can't quite remember a time when Hubs wasn't around to put him to bed. So it goes without saying that this time around when Hubs had to spend 2 nights away in Melaka, Bubs was inconsolable.

"Mummy, I want Daddyyyyyyyy ..." he repeated over and over again. 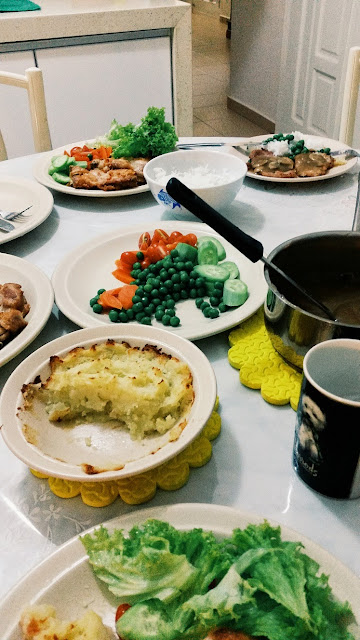 To distract him and also preserve my sanity, we hotfooted over to my parents' place which is like paradise on earth for Bubs. Grandparents that dote on him, unlimited Disney Channel, a toy buffet courtesy of my nephew who has outgrown most of his action figures, not to mention a piping hot dinner served and I didn't have to lift a finger ;) 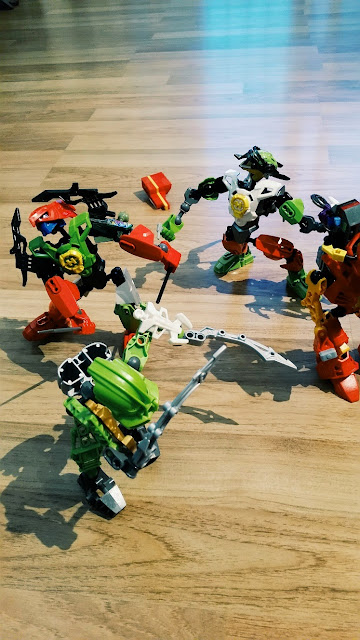 Bubs is one incredibly lucky kid to have a Grandma that keeps his older cousin's toys in immaculate condition for him. He was over the moon when handed this set of Lego Hero Factory toys. "Look, Mummy, the Lego robots are all dancing together!" Errrr ... if you say so ...


Come bedtime when we had a video call with Skype, or rather a "photo call" as Bubs called it, Bubs was hysterical again.

"Come back, Daddyyyyyyyy, I want you back now!" he wailed so loud that even Hub's colleagues could hear him over the phone. 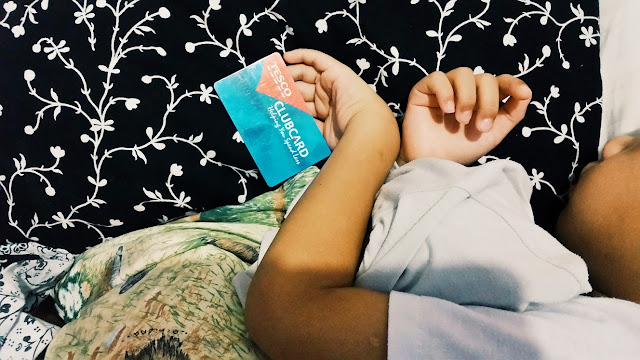 The only way to placate him was to let him clutch one of Hub's unwashed tee and holding on to a Tesco card which Hubs gave to him before he left for the airport :(

Thankfully Hubs came back as promised and I don't know who was more relieved: Bubs or me!
Posted by The Nonya at 4:53 PM