It's been a while since Bubs and I did any kind of art at home together. Now that he has better control with colour pencils and crayons, he likes to do his own scribblings and doodles in little notebooks but I still miss our sessions. As I was about to throw away his old, worn out - and also gnawed to the bone bristles toothbrush - an art idea came to me and as usual, Bubs was game for it. Splatter painting using his old toothbrush! 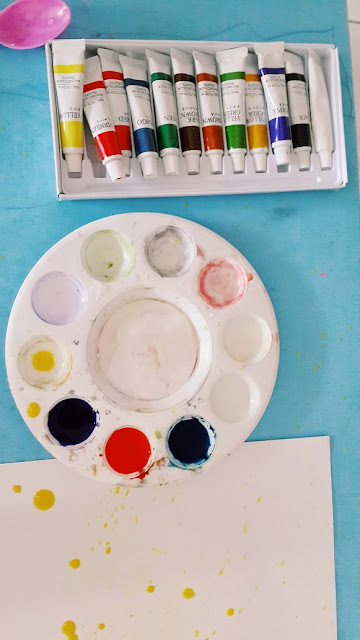 The first mistake I did was to put in way too much water when mixing the watercolours. These resulted into giant blobs of coloured water drops on the paper. 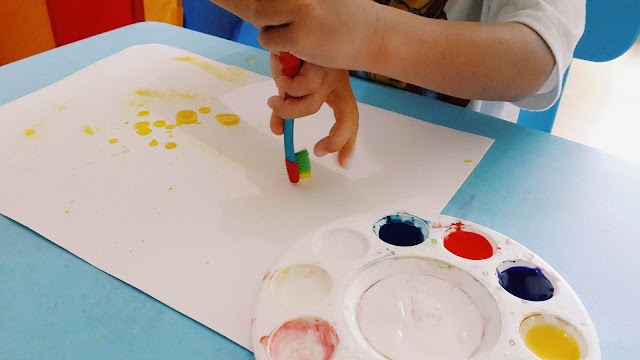 Hubs showed Bubs how to hold the toothbrush upside down and flick them with his fingers. Bubs gave it a cautious few tries. 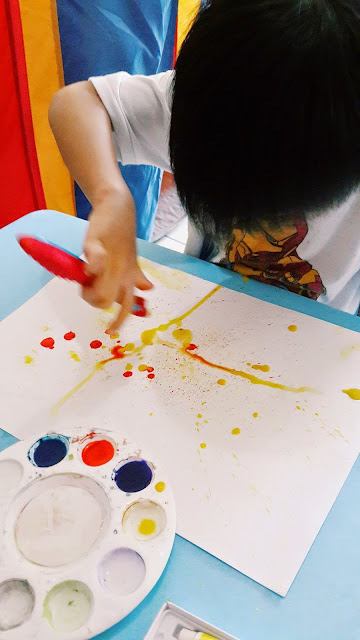 Bubs started to get the hang of it and had so much fun messing around with the colours. He experimented with shaking out the wet blobs and then tilting the paper so the colours streamed down. 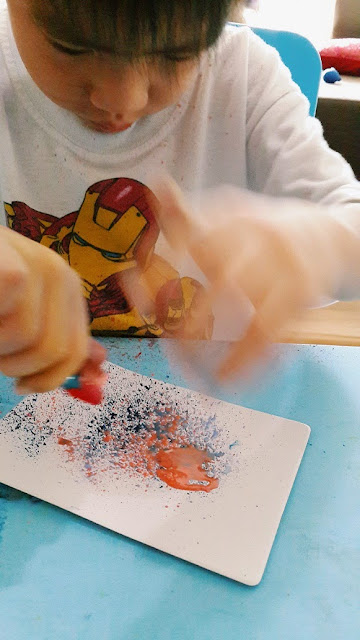 Non stop flicking. First with one hand then both at the same time. Be warned, this is a very messy activity and the colours go everywhere. We'd to stop a few times so I could wash the toothbrush in between colours to avoid everything from turning a yucky shade of brown. 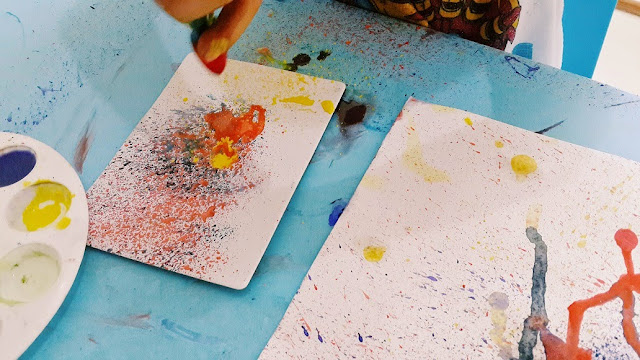