In just the 2 months that Bubs has been at his new school, he loves it and we're surprised that he's been adapting so well to it. This time around, the school had its annual Xmas Festival and all parents were invited to watch the children sing and dance. To be honest, I love this concept ... mainly so I can skip paying concert tickets and costumes *cheapskate mum alert* 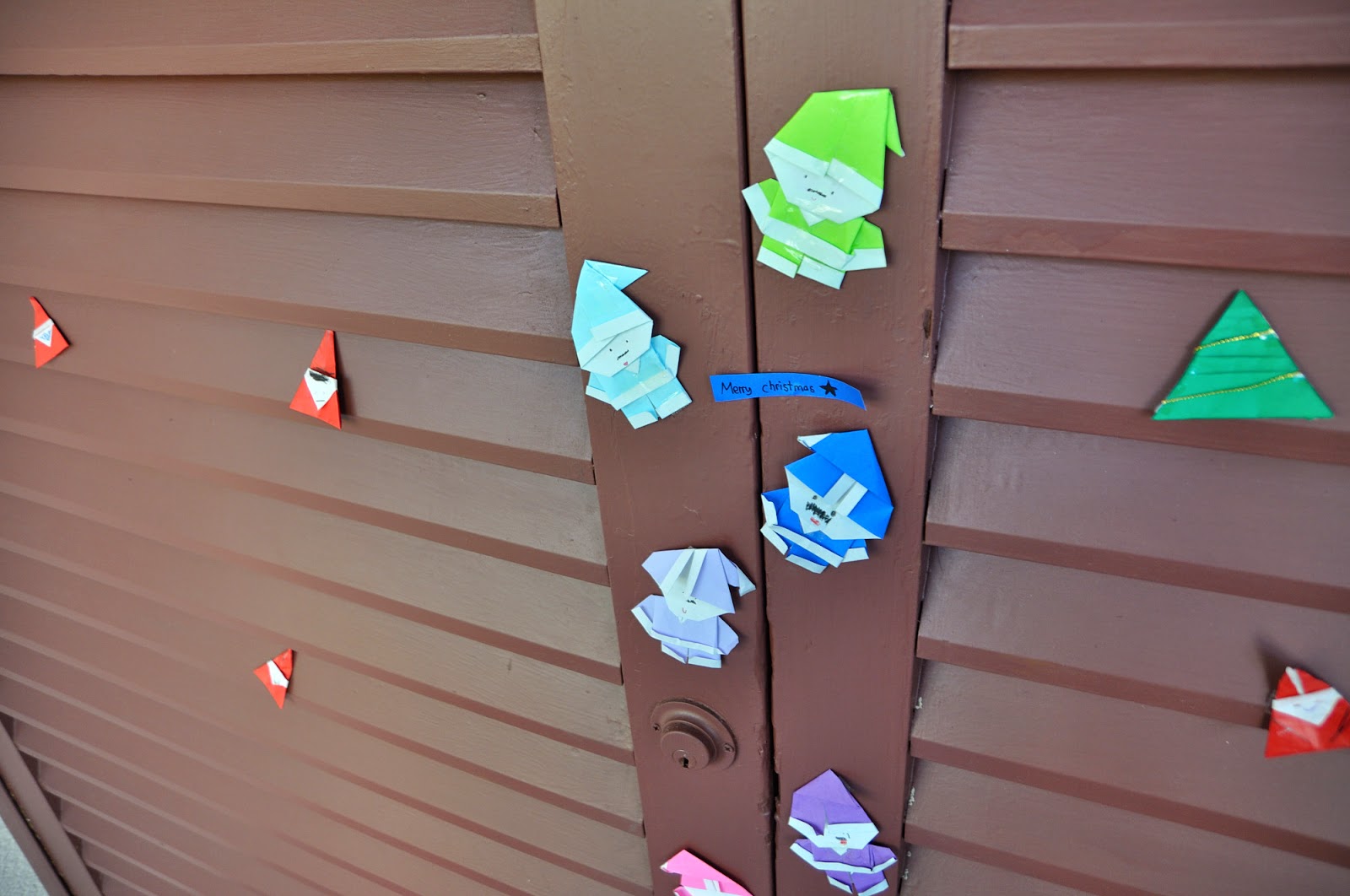 The doors were decorated with origami Santas and trees. 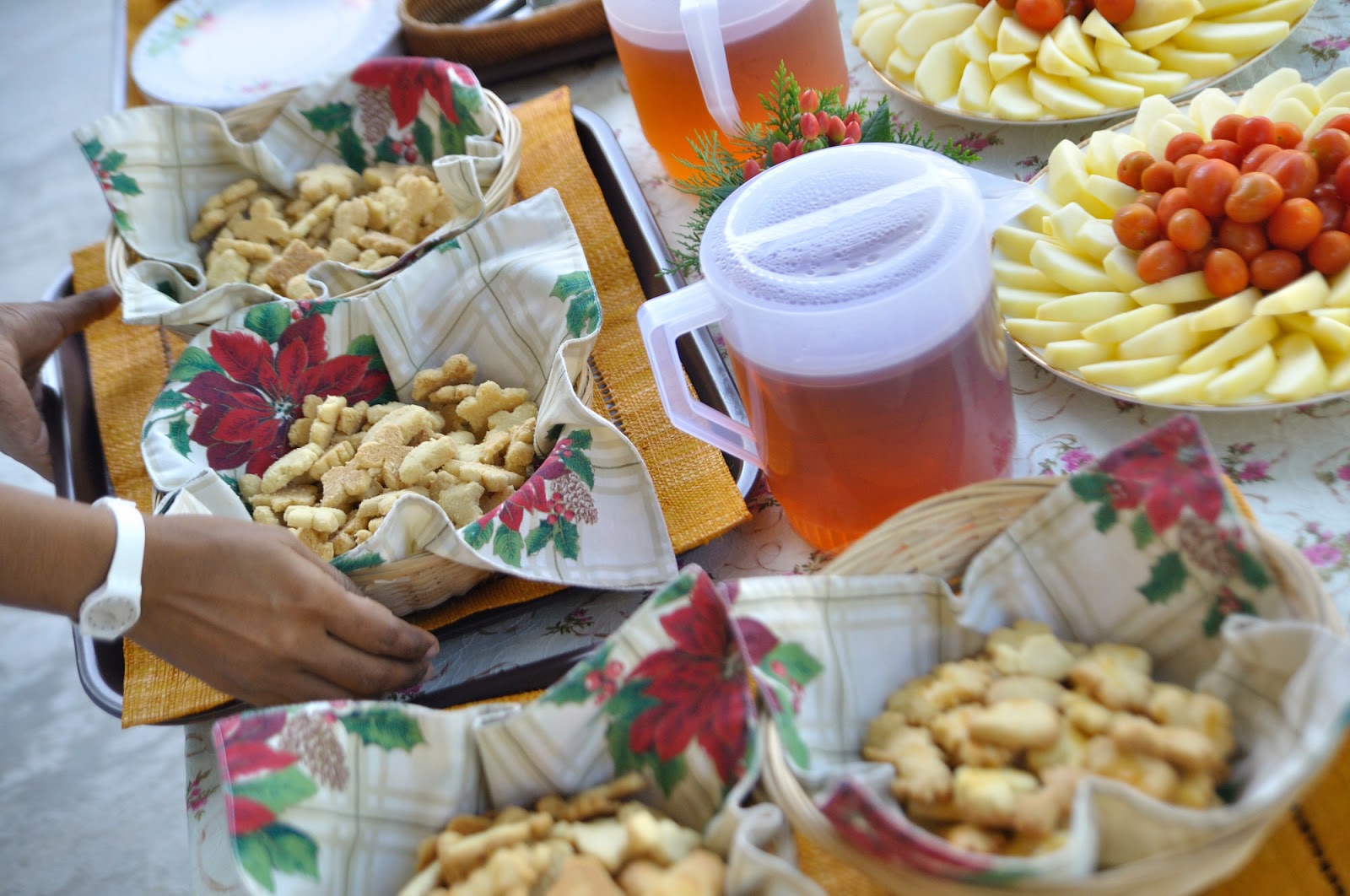 Hubs went bonkers for the very yummy butter cookies baked by the children earlier in the morning. 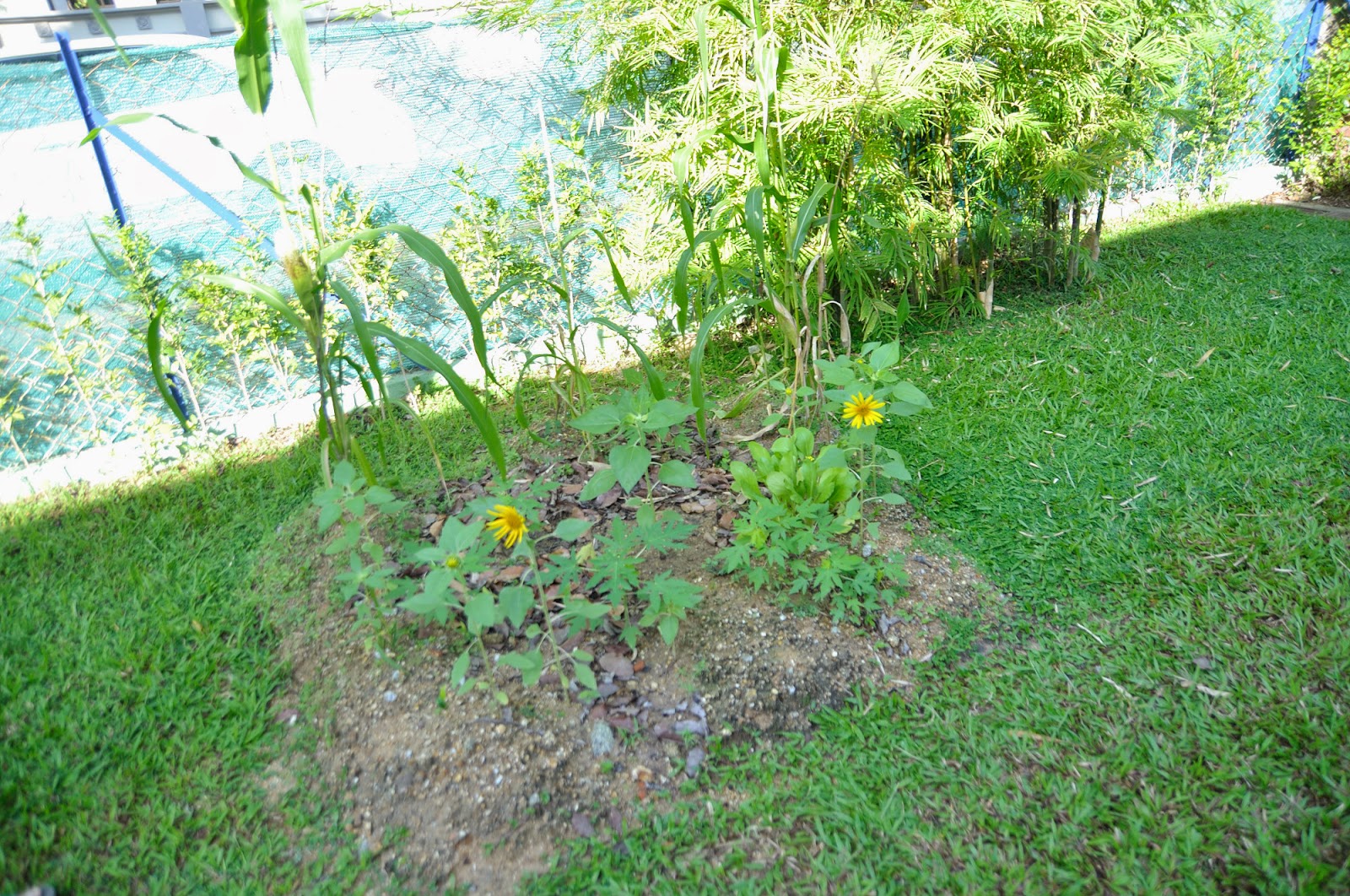 While I wandered around in the garden, examined the tiny veggie patch with its cheery ears of corn and sunflowers. 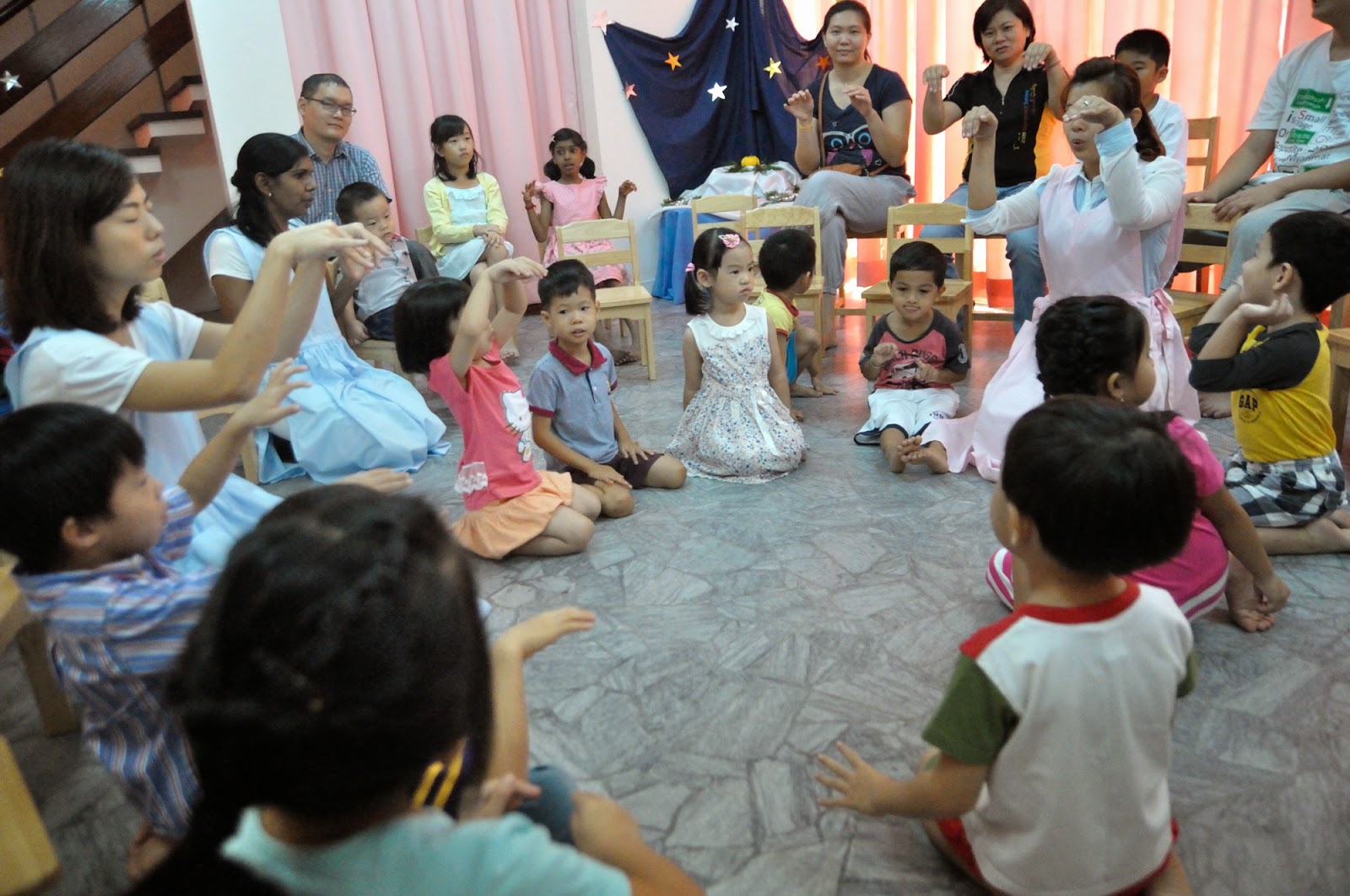 They sang so many songs this time around. I'm amazed that Bub's Chinese vocabulary has grown significantly in just a couple of months through song and play alone. 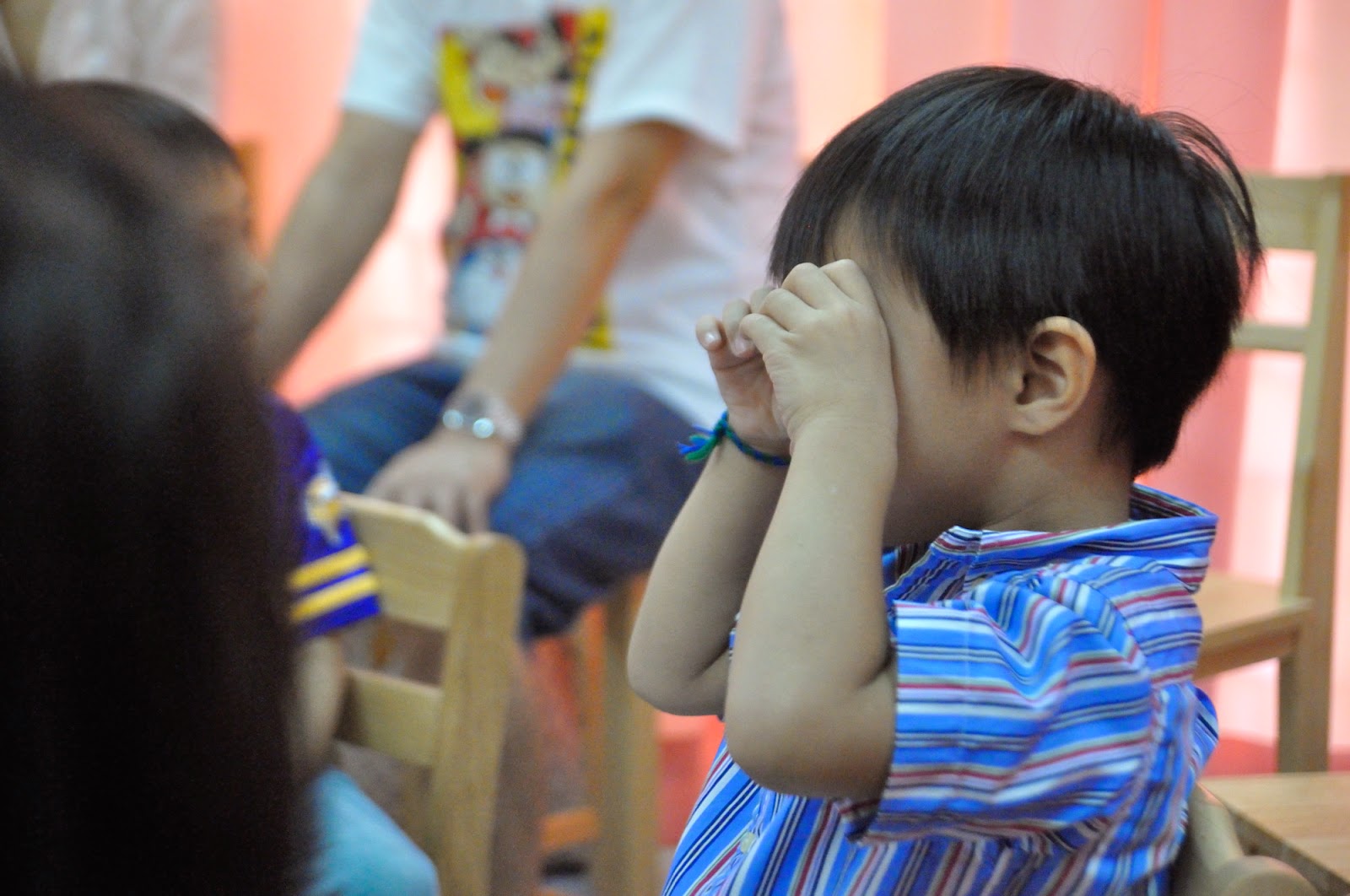 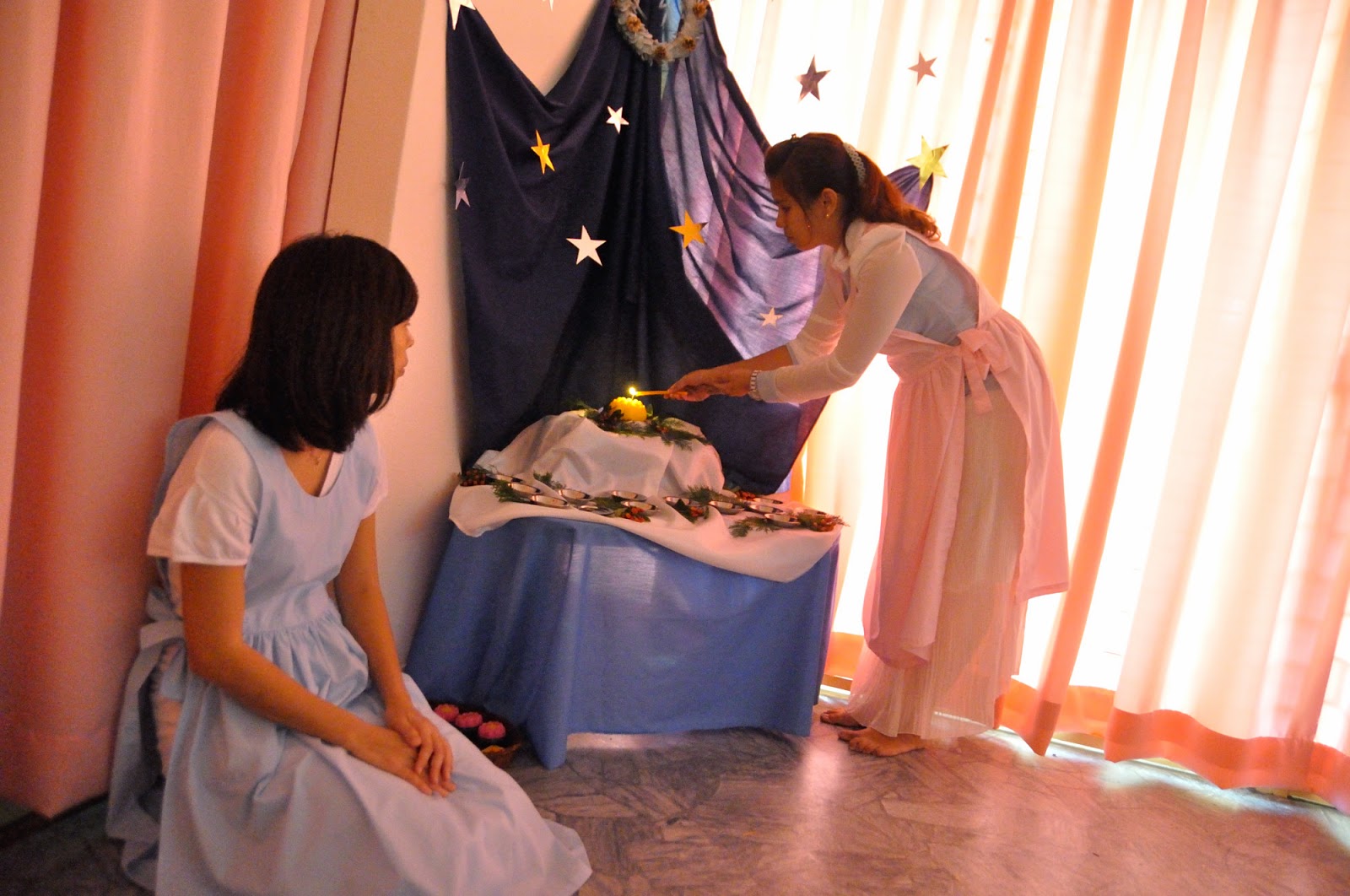 All of the children were invited to hold flower candles and make a wish for the other underprivileged and ill children around the world. I thought this was a very sweet thing to do. 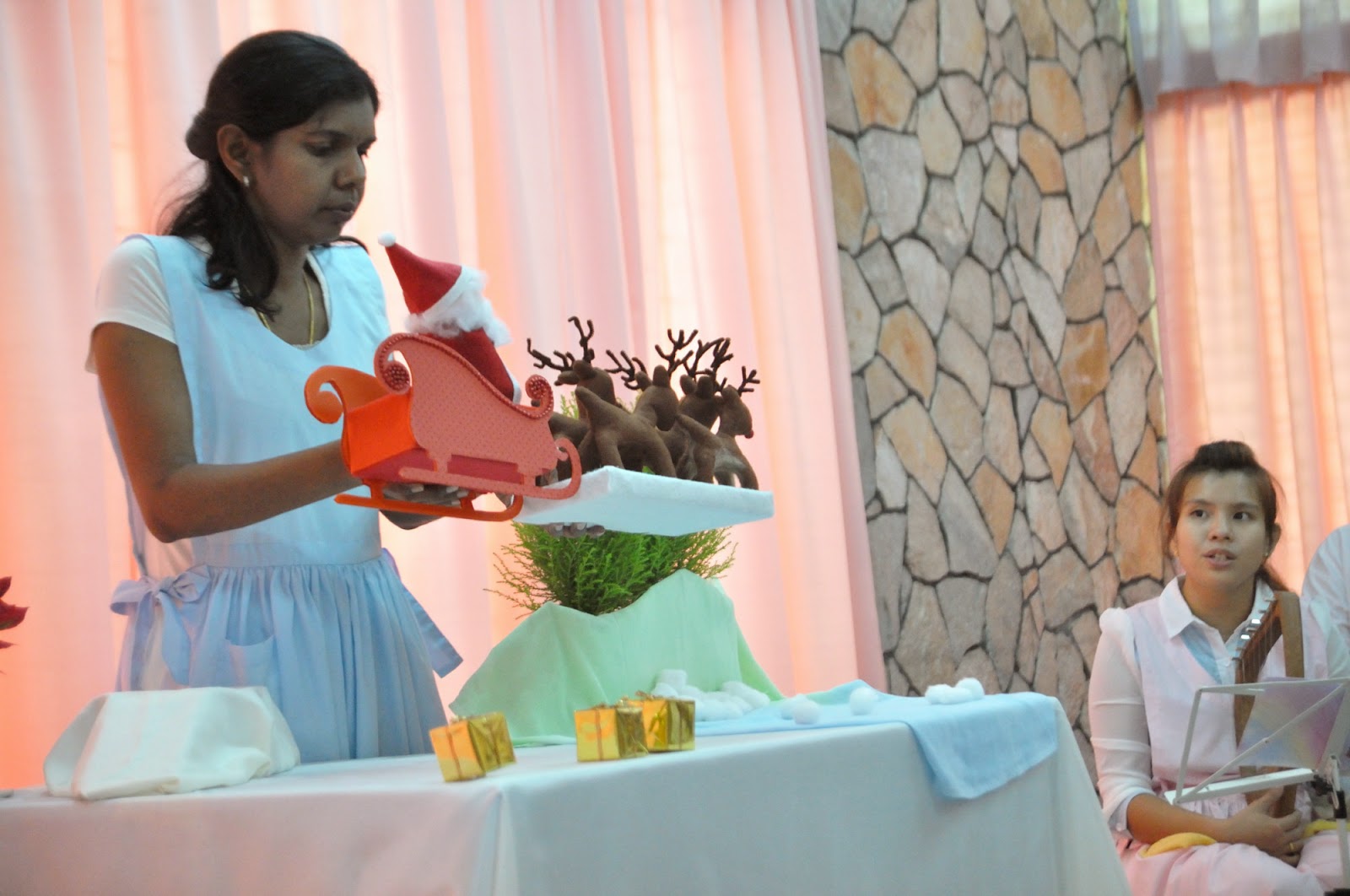 We were then treated to a puppet show performed by the teachers before we went back. 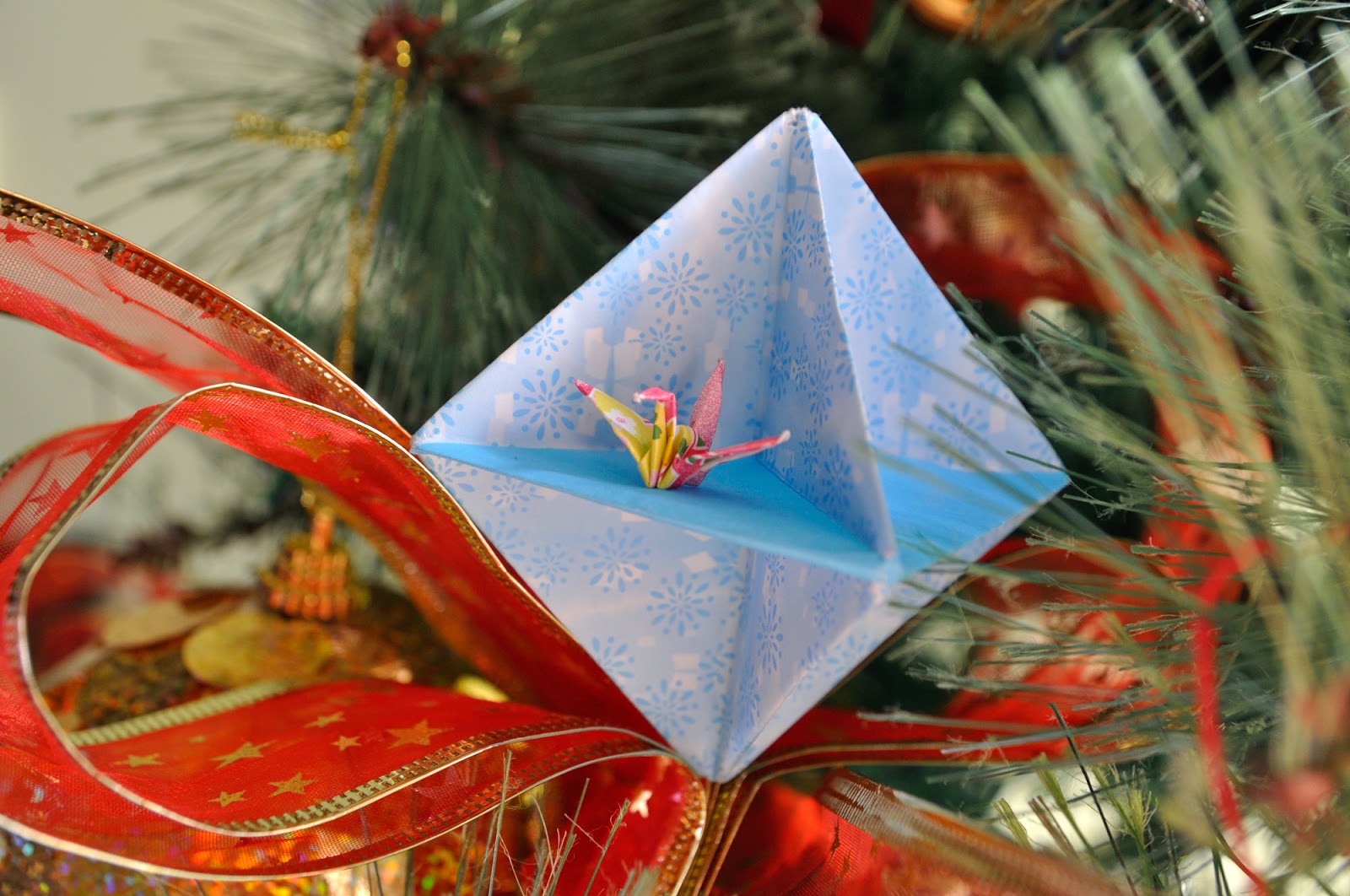 End of year comment cards, a beautiful origami ornament complete with the teeniest tiniest crane nestled in it and all of their artwork were distributed to parents. 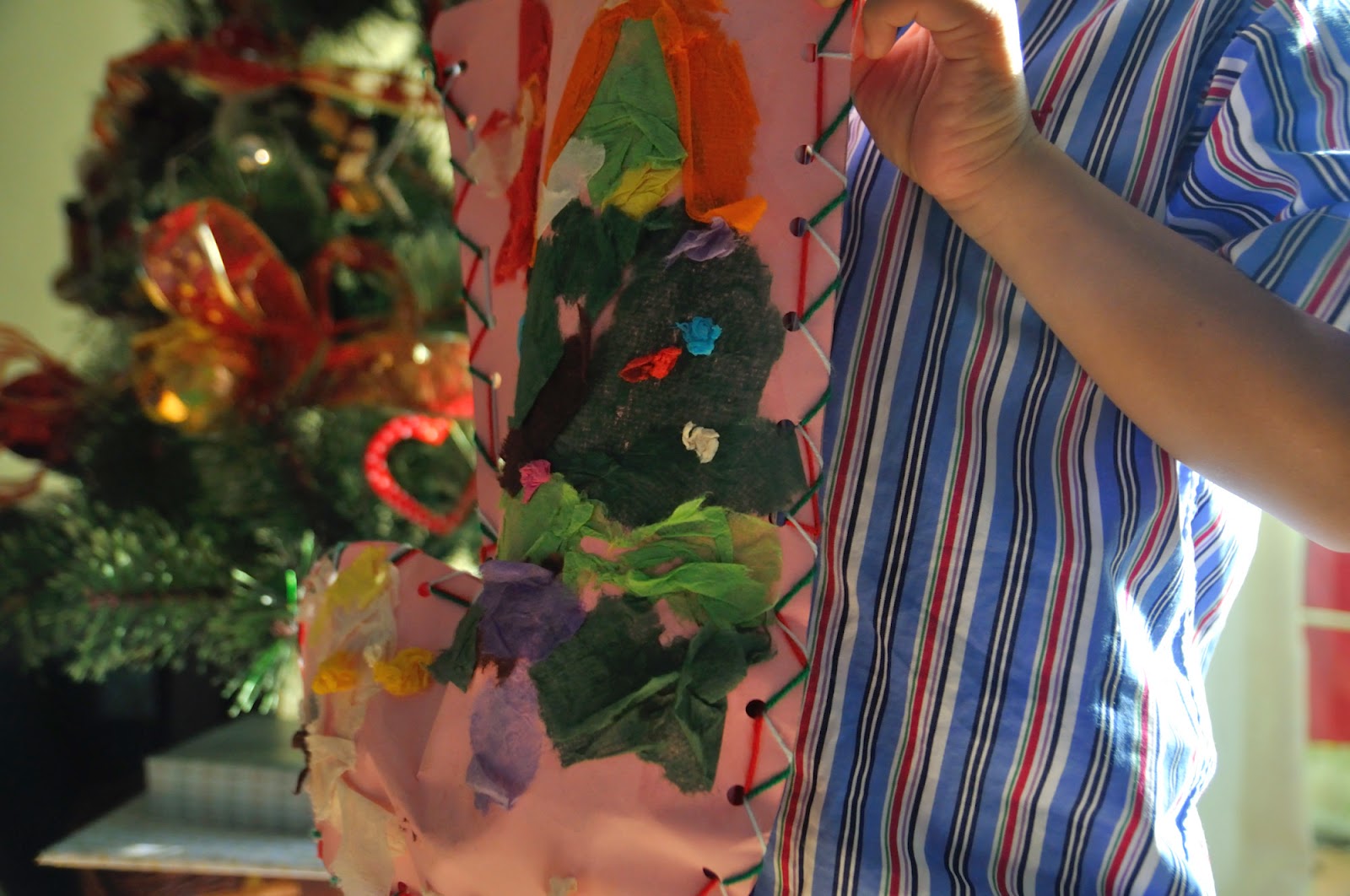 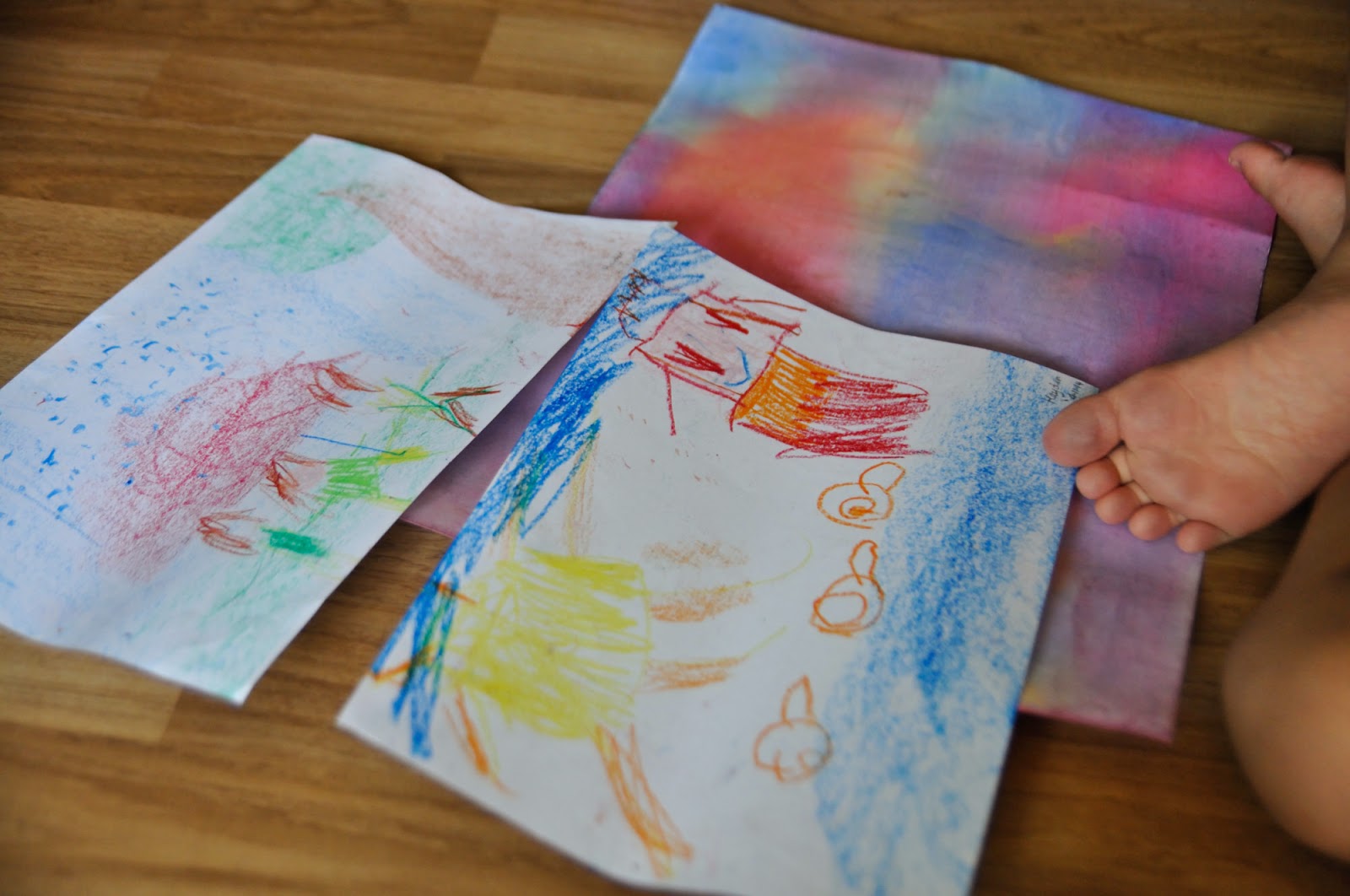 Bubs delighted with his Xmas stocking stuffed with sheets of his artwork.
Posted by The Nonya at 10:41 AM