Bubs and I caught colds this week, think phlegm-y coughs and lots of moaning about how awful we both feel. Hubs has been busy making hot drinks for us, running around to get cough/nose meds and rolling his eyes - all in that order - so we have been in huge need of finding happy lil things to get us through. 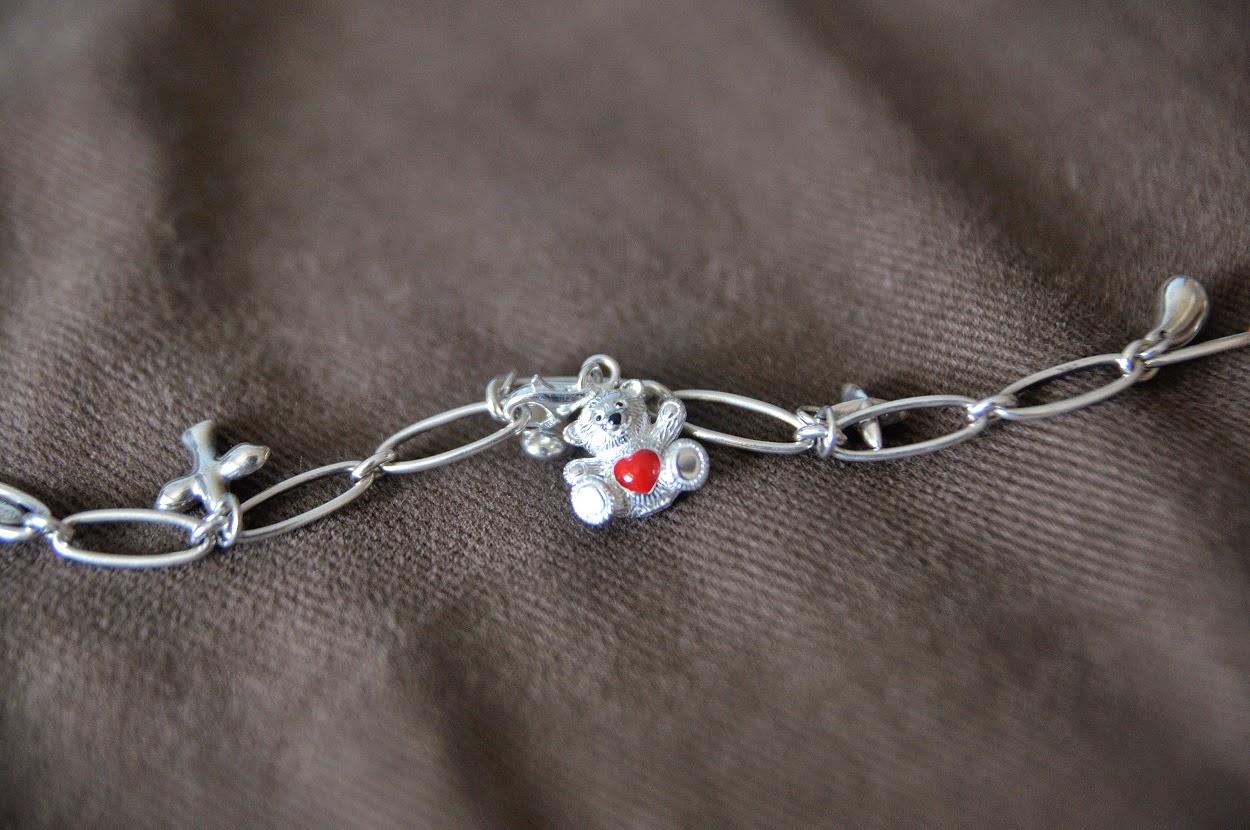 It's our 6th wedding anniversary and over the years, Hubs and I have been getting more practical (read: dull) with gifts. We usually just get something that the other wants and tell them that it's an all-in-one birthday-anniversary-Valentine's gift. He'd already gotten me something nice for my birthday earlier so I wasn't expecting any gifts so I was flabbergasted when he surprised me with this dainty Thomas Sabo charity bear charm that has a red enamel heart on it. I feebly murmured half hearted protests of how he shouldn't have but secretly reveled in delight! It also soothed my conscience that proceeds from the charity bear charm funds the Thomas Sabo Charity. 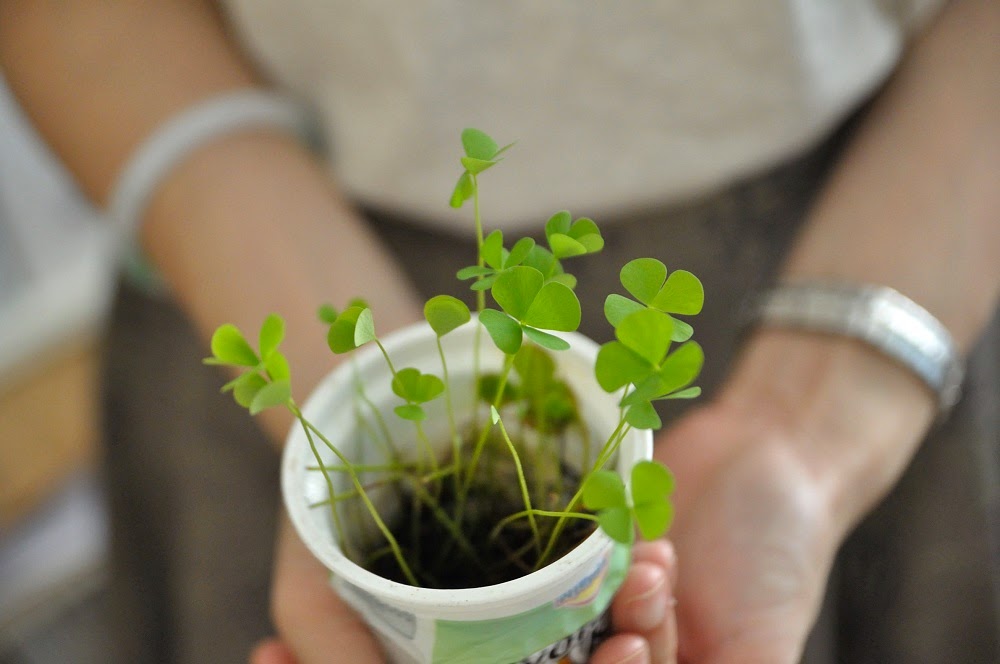 I was obsessed with four leaf clovers since the days of Enid Blyton. Each time I found a clover patch, I'd finger through them in hopes of finding a four leafed one for good luck. Never did happen for decades ... until I saw a colleague posting up photos of her own four leaf clovers on Facebook (thank you, technology) and begged for some of my own. She very kindly dug out a clump for me and I now have my own small pot of green, leafy luck. 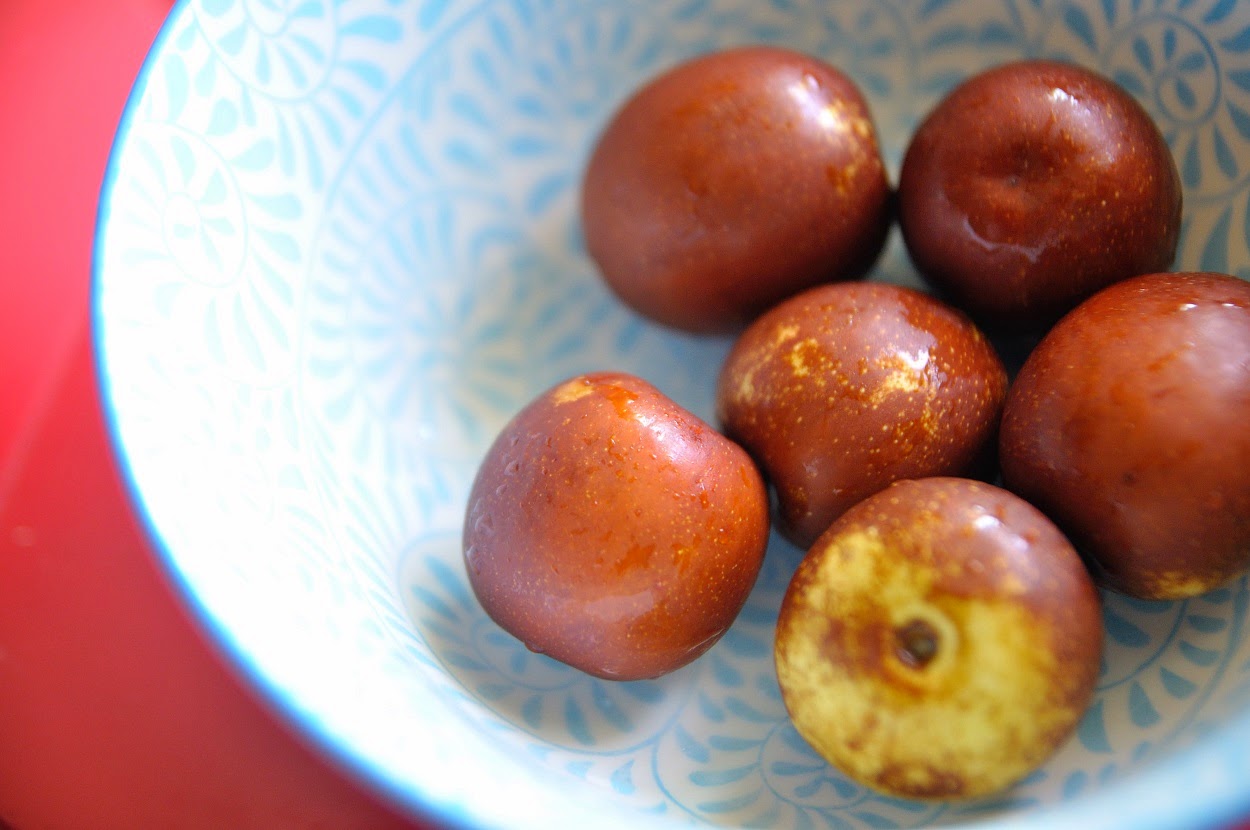 Over here, we're very familiar with dried dates. The small red ones are used in cooking Chinese soups and desserts and the larger, sugary ones that are so yummy during the fasting season. I've just noticed these ones lately: fresh ones at the supermarket. They look like miniature red apples and even taste slightly like them too! Bubs was most fascinated with them and loved chomping on them.
Posted by The Nonya at 8:09 PM