The days are long but the years are short: in a blink of an eye, my lil baby (he crossly told us today that he's not a baby anymore) is now a young boy. "I'm almost a teenager now!" he pointed out. So this is an update on what my almost-teenager has been up to since he started Standard 1 this year in a big boy's school. 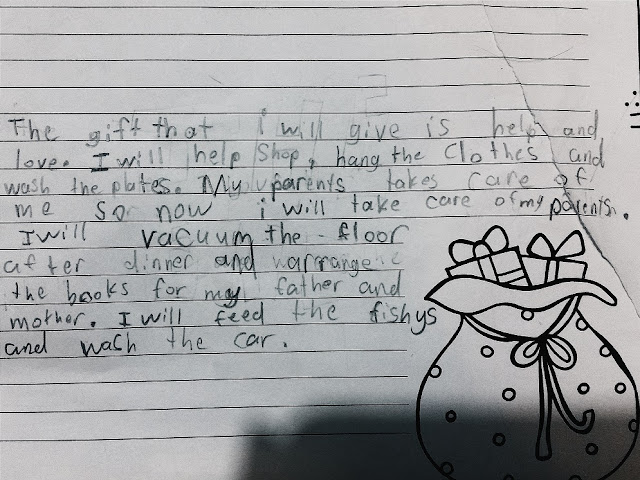 We've been doing creative writing at home this year. Although his spelling leaves very much to be desired, I found this to be a very cute piece. Told Bubs that this now constitutes a binding contract which I expect him to follow ;) 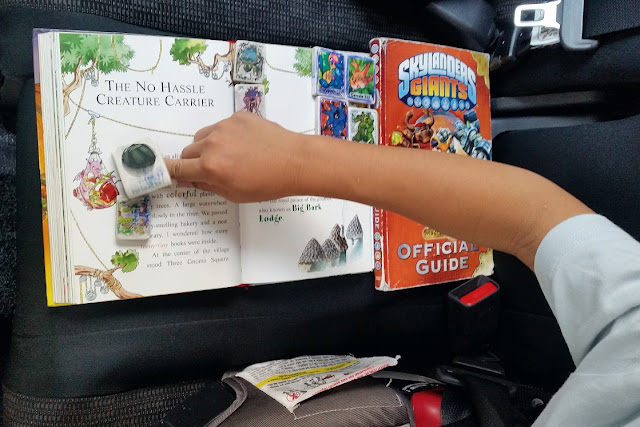 Bubs shows less interest in reading though he'll happily flip through books to look at pictures. His latest passion is now collecting Pokemon erasers and can spend ages flipping them over each other (must be a boy game). I've tried showing him how we used fingers to try to shoot the erasers off the edge of the table but he preferred flipping them. 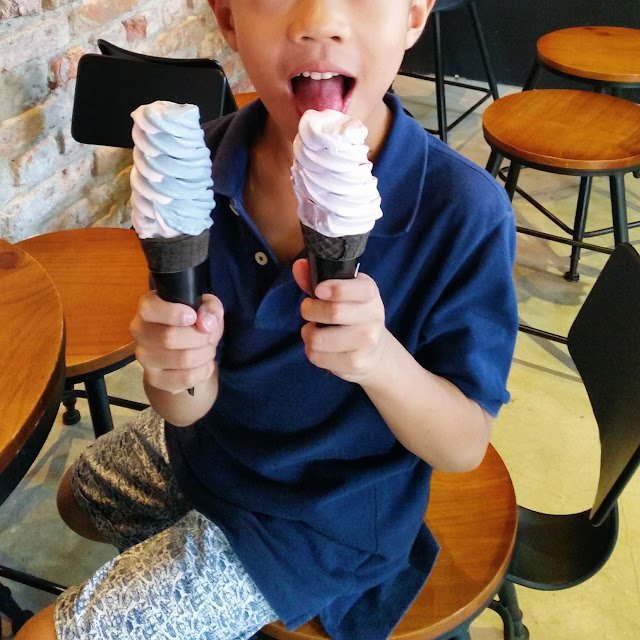 He still loves his sweet treats. 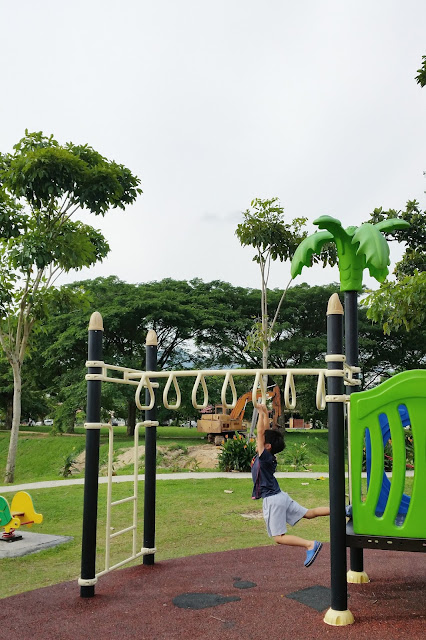 And loves burning off energy by being unable to keep still for a few minutes at the most. I sometimes pity his classroom teacher that has to guide 30 plus boys every weekday. 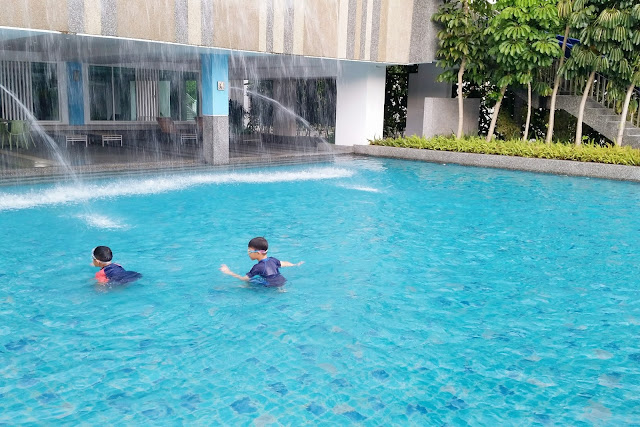 He loves splashing around in the pool but still steadfastly refuses swimming lessons.

Me: What if your girlfriend is drowning? How will you rescue her?
Bubs: Call the lifeguard.
Posted by The Nonya at 6:01 PM