May the Horse be with You

I can't help reminiscing upon how much Bubs has grown up through each Chinese New Year festival. From being a bald little chubby tubby to taking his wobbly steps and now being able to carry a semi decent conversation with relatives. 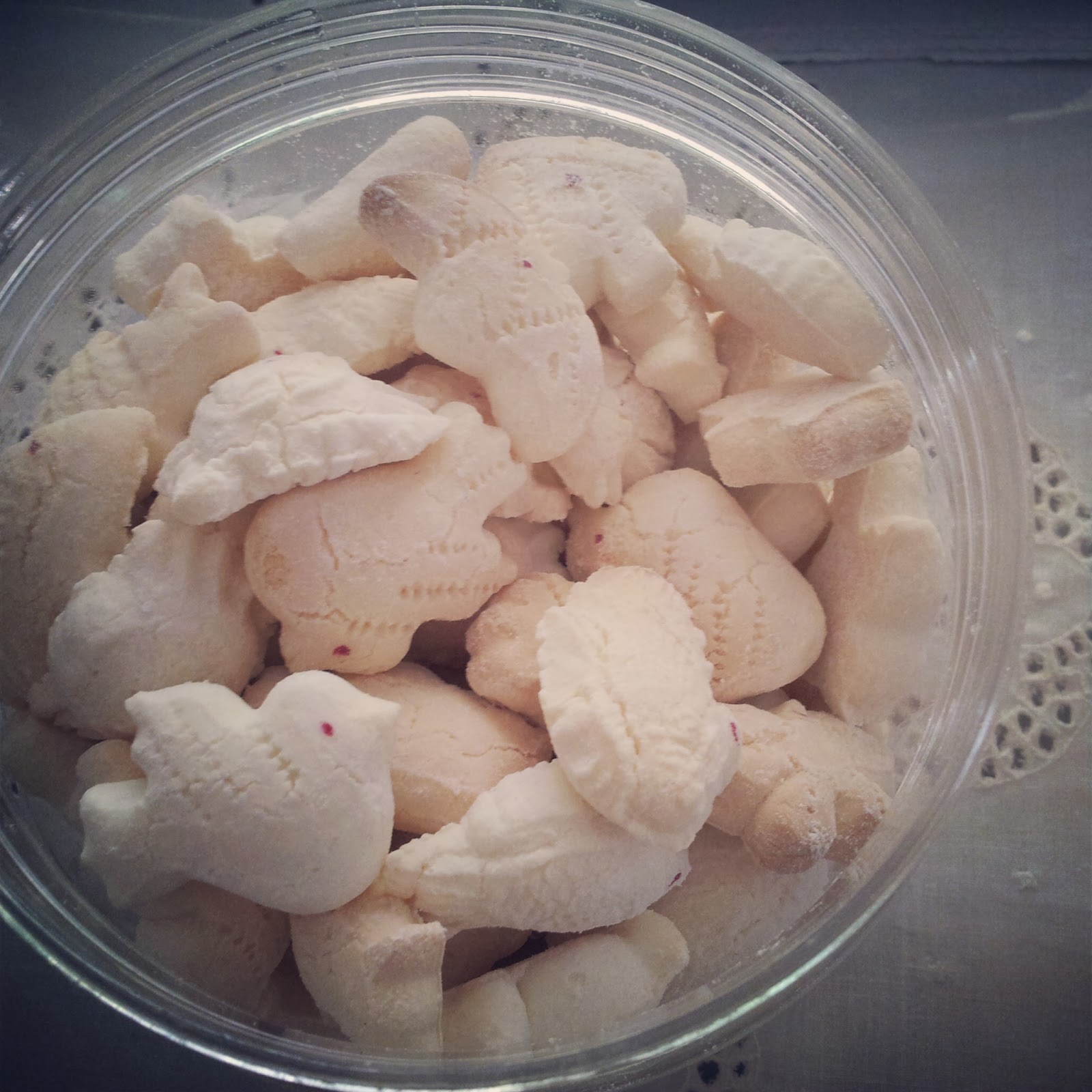 It was his first time trying kuih bangkit and he enjoyed it so much. He kept choosing the animal shapes and at one point, his whole mouth was stuffed full of the sweet, powdery biscuits. 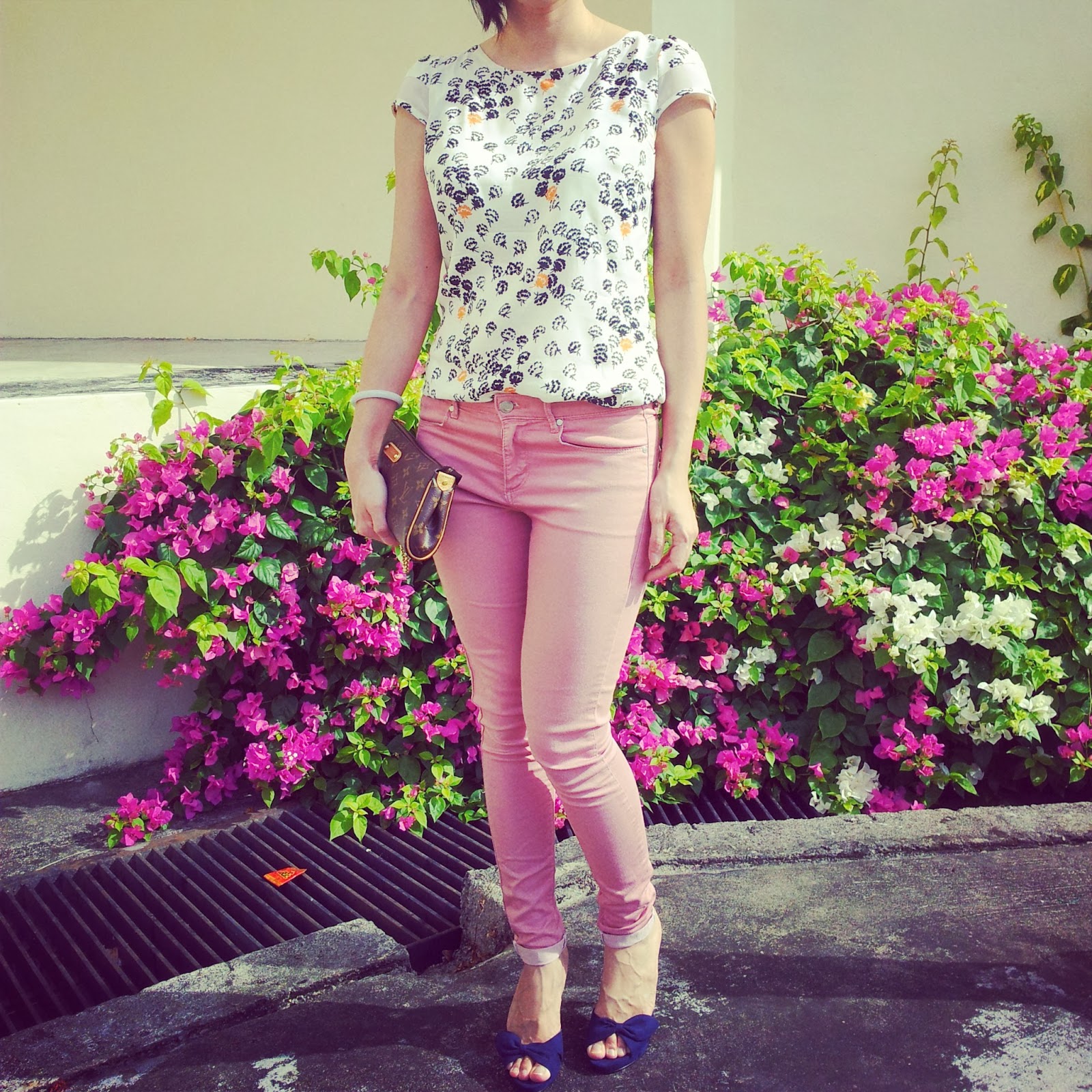 I got myself a bunch of tops this year and can't wait to wear them all with coloured jeans. For the first time since Bubs was born, I managed to hobble around in 3" stilettos. 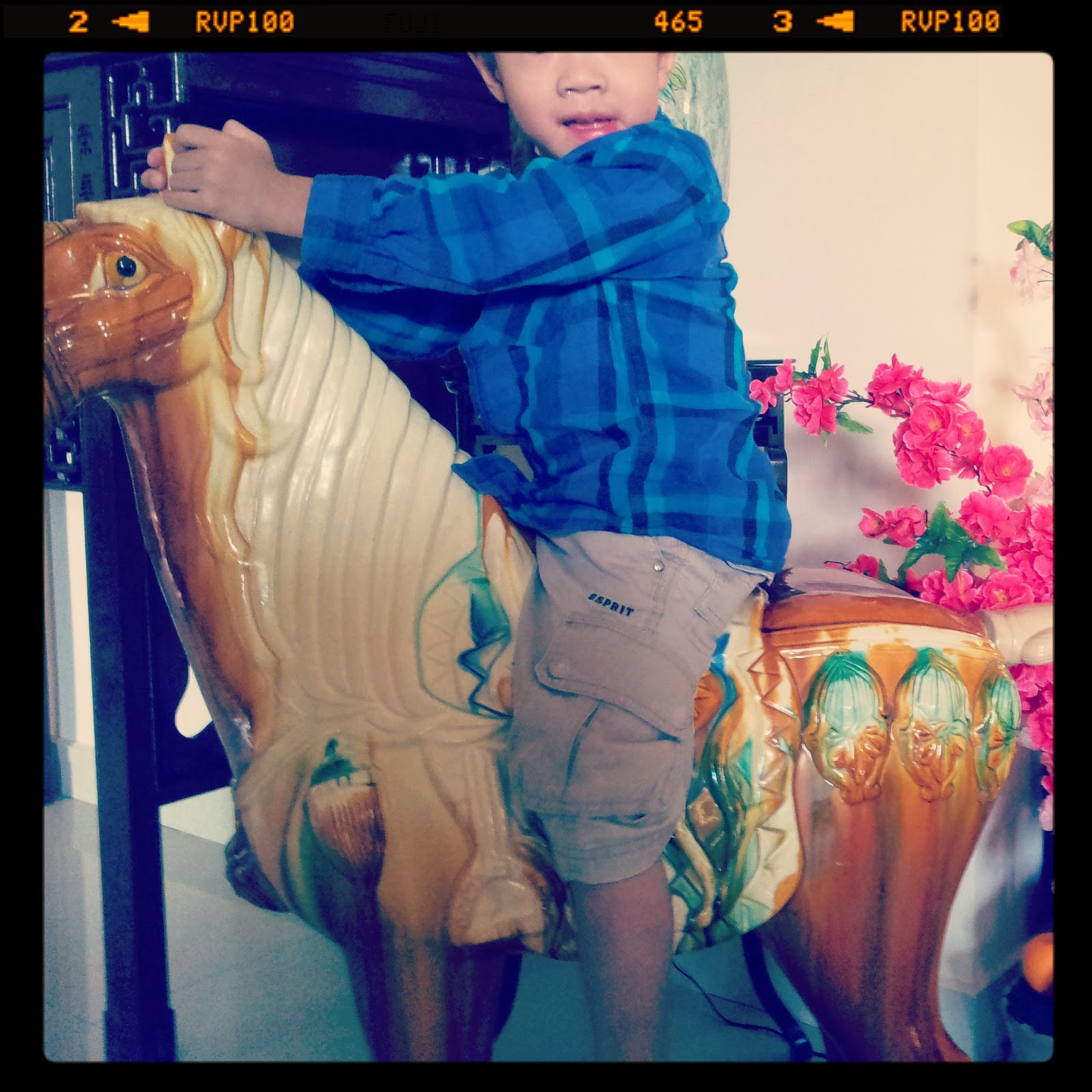 My parents had the usual yearly Chinese New Year do at their place. This glass horse statue was a hit with all the children this year for obvious reasons. 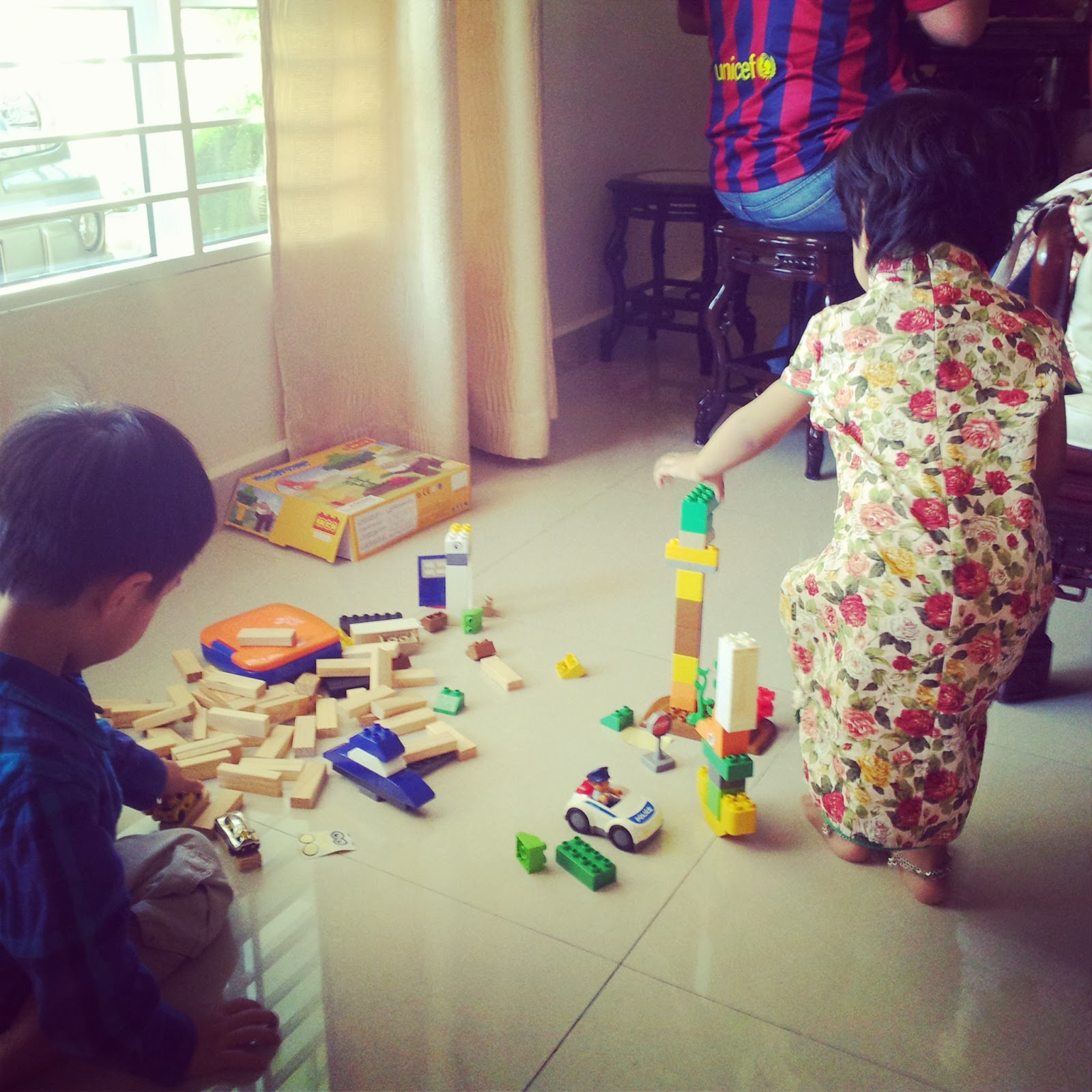 When I was smaller, I never did understand why the older aunts and uncles would look at my cousins and me playing and say "awww, look at the next generation playing together". This year, after watching Bubs with his cousins and listening to my aunt (who has since been promoted to grand aunt) sigh the same thing, I feel that same contentment mixed with wistfulness over how fast the next generation seems to be growing up. 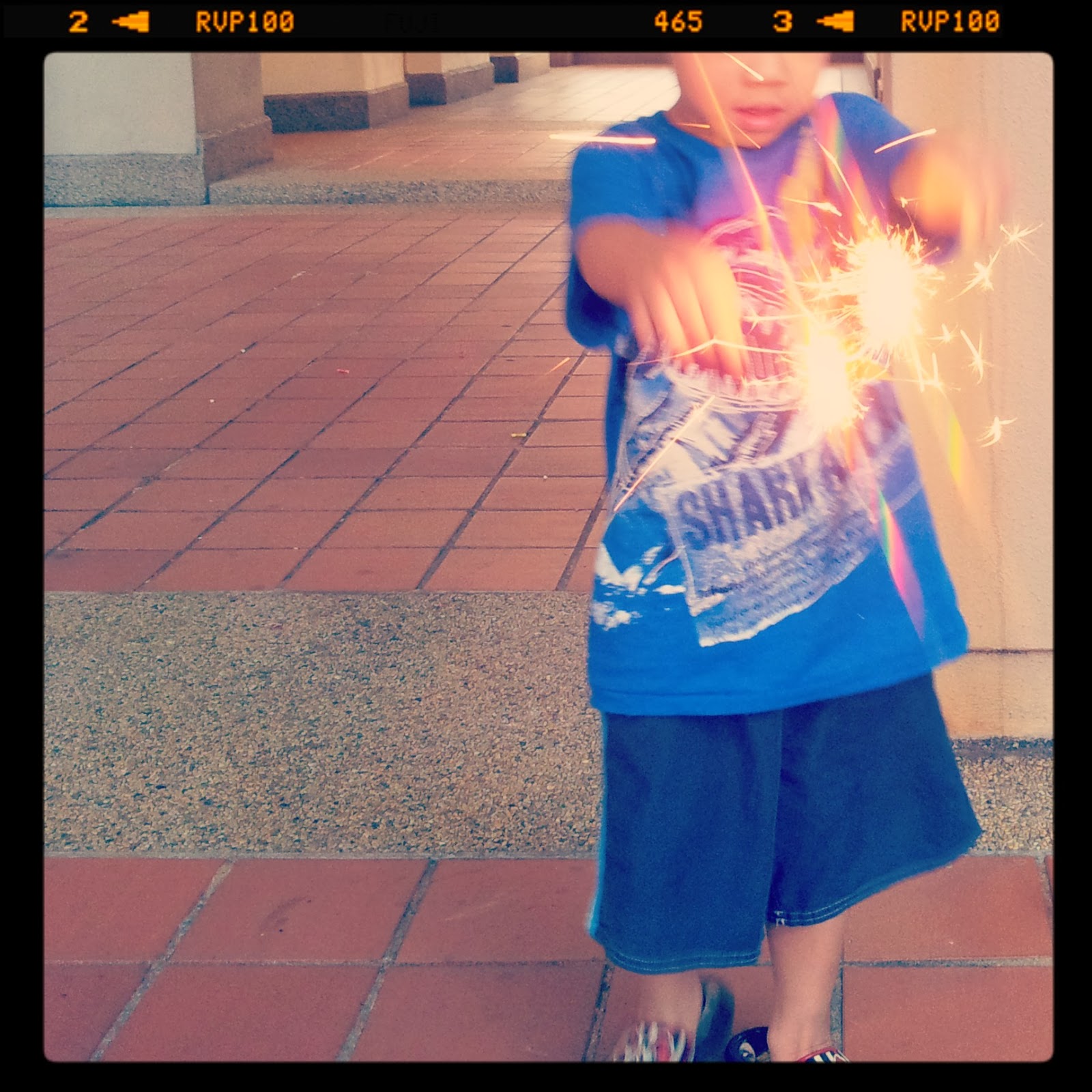 For some reason, Bubs is terrified of sparklers this year. He was perfectly fine with it last Chinese New Year but this year, after holding them for a few seconds, he threw them onto the ground and ran away squealing. 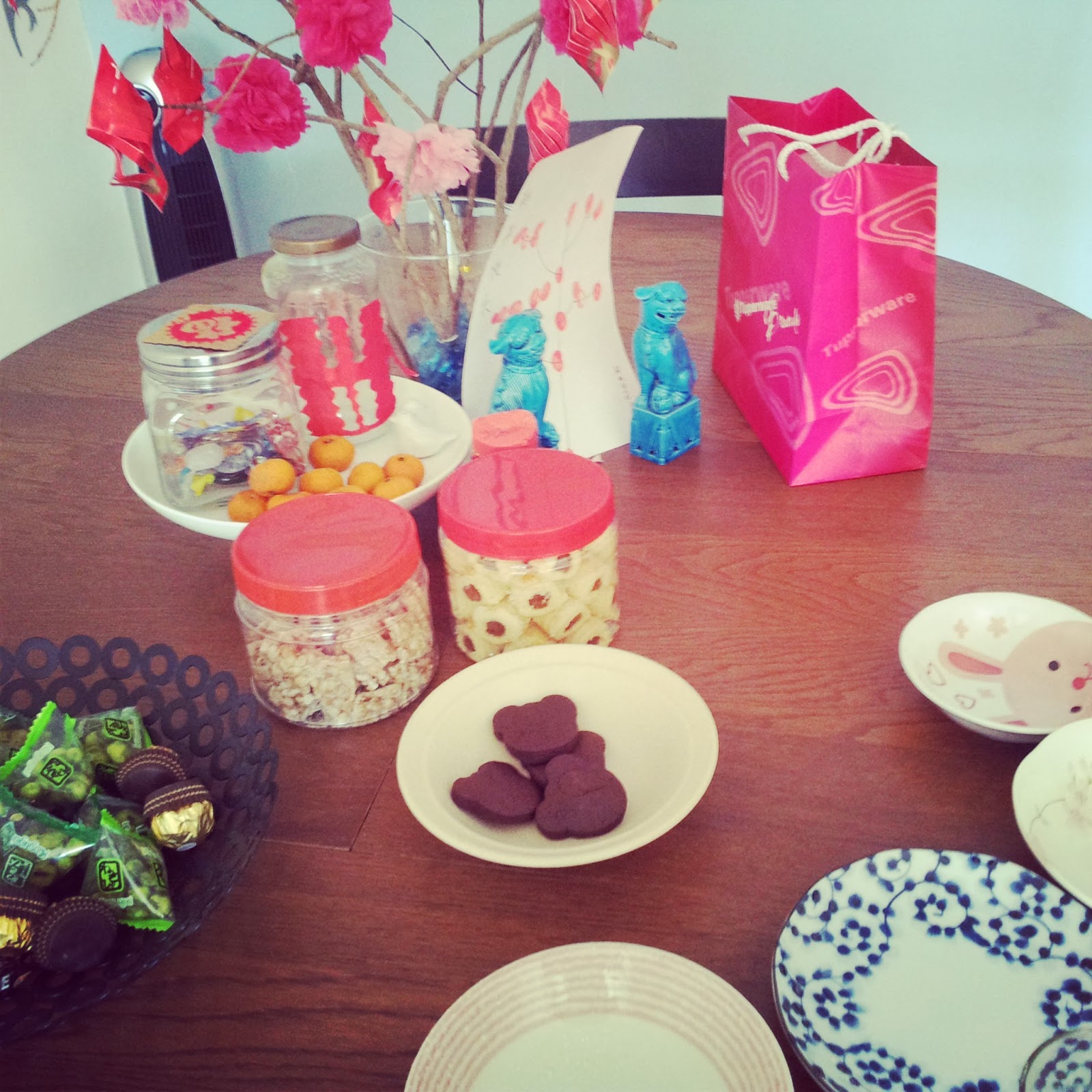 We'd a bunch of friends over and I was delighted that Bubs was able to play nicely and share his toys for a while, without kicking up too much of a fuss.

Happy Chinese New Year, peeps!
Posted by The Nonya at 12:08 AM