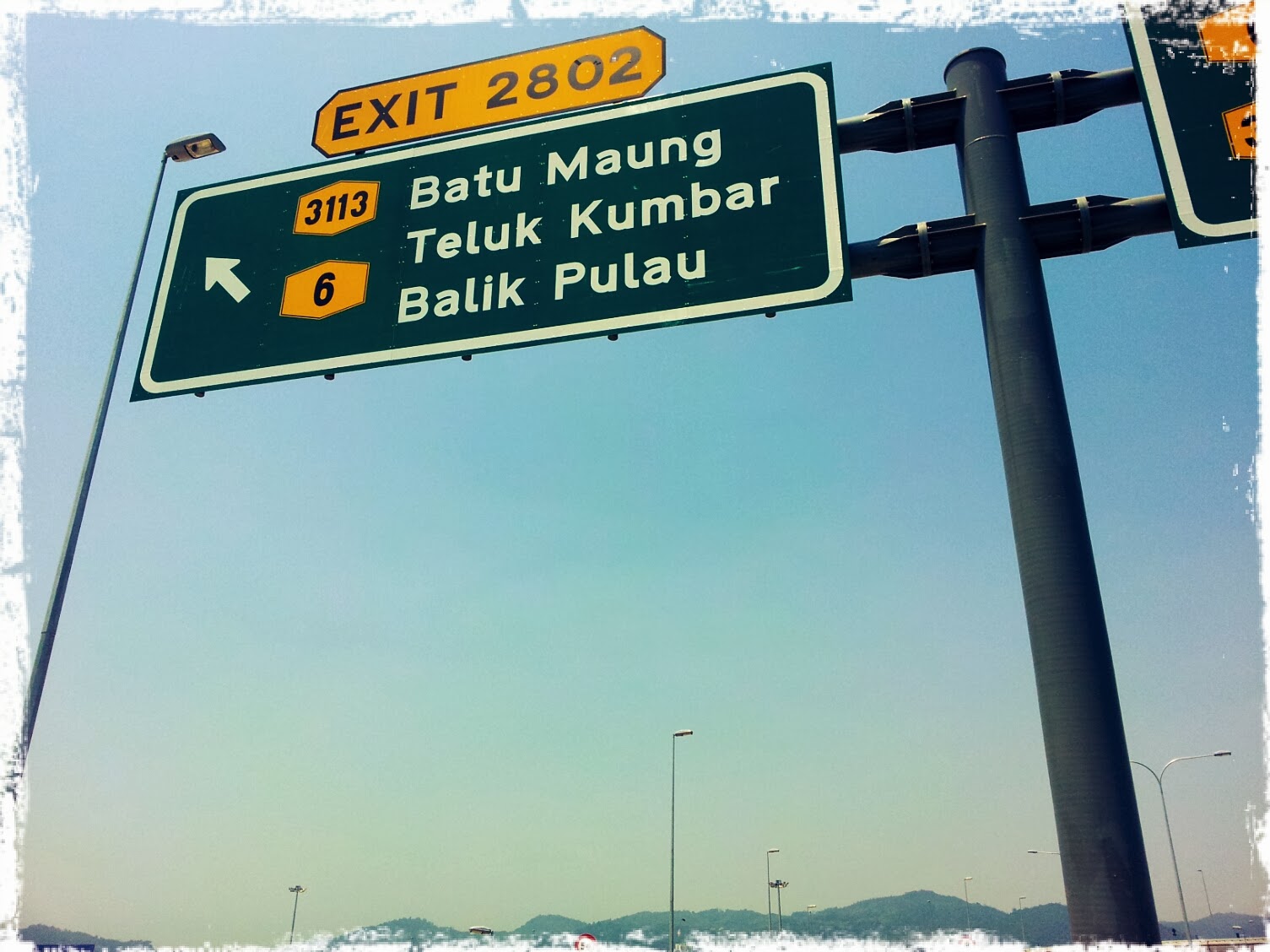 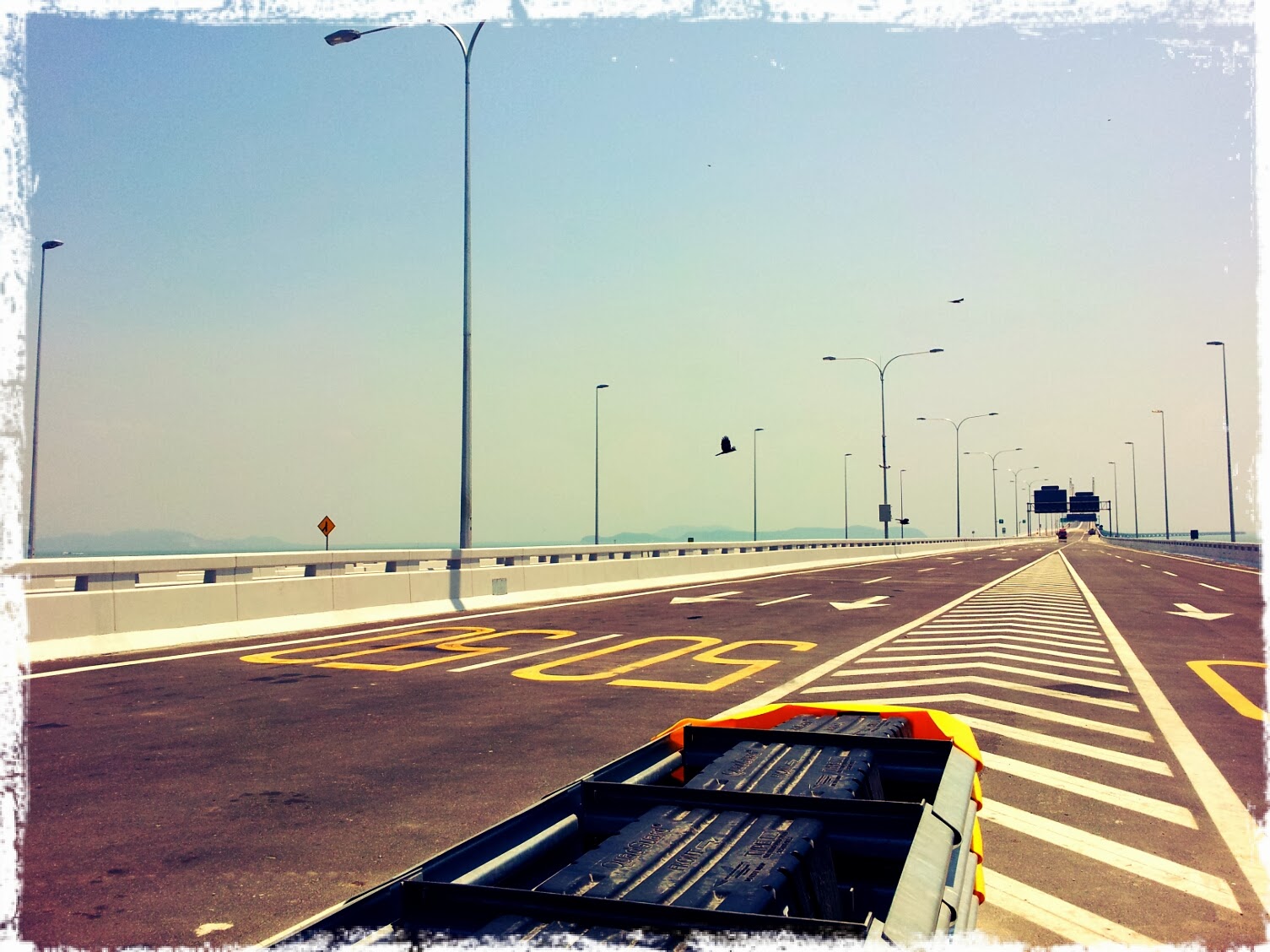 Less than 24 hours from now for the 2nd Penang Bridge to open!

I asked around and so many of my friends in the mid 80s have fond memories of standing at the mid span of the original Penang bridge under the iconic arches for a photo. That was way before the crazy increase in traffic and at that time, you were still allowed to stop your car at the side.

Last week, we went for a peek at the tip of the bridge. There's a security barricade to stop people from wandering in because it's not yet opened but you're allowed to photos just right at the entrance.  As Hubs said, here's to creating history and hoping that Bubs now has the same fond memory :)
Posted by The Nonya at 9:59 PM

Email ThisBlogThis!Share to TwitterShare to FacebookShare to Pinterest
Labels: randomness