Bub's kindergarten had a Chinese New Year celebration where all of the parents were invited for a small pot luck and a lion dance. I felt a bit guilty that nearly most of the children were decked out in Chinese costumes and Bubs wasn't wearing anything remotely festive. 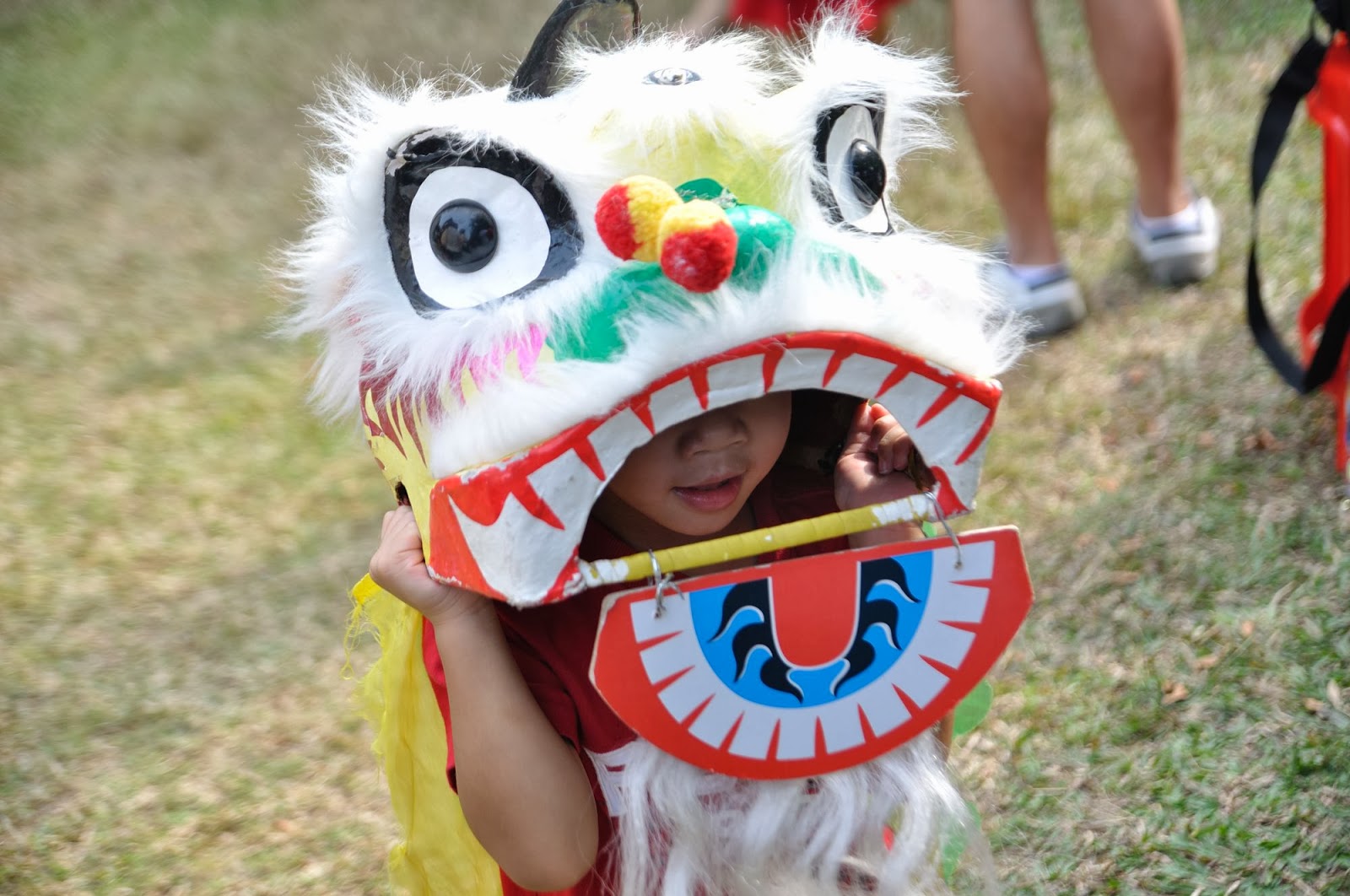 My lil lion running around while waiting for the big ones to arrive :) 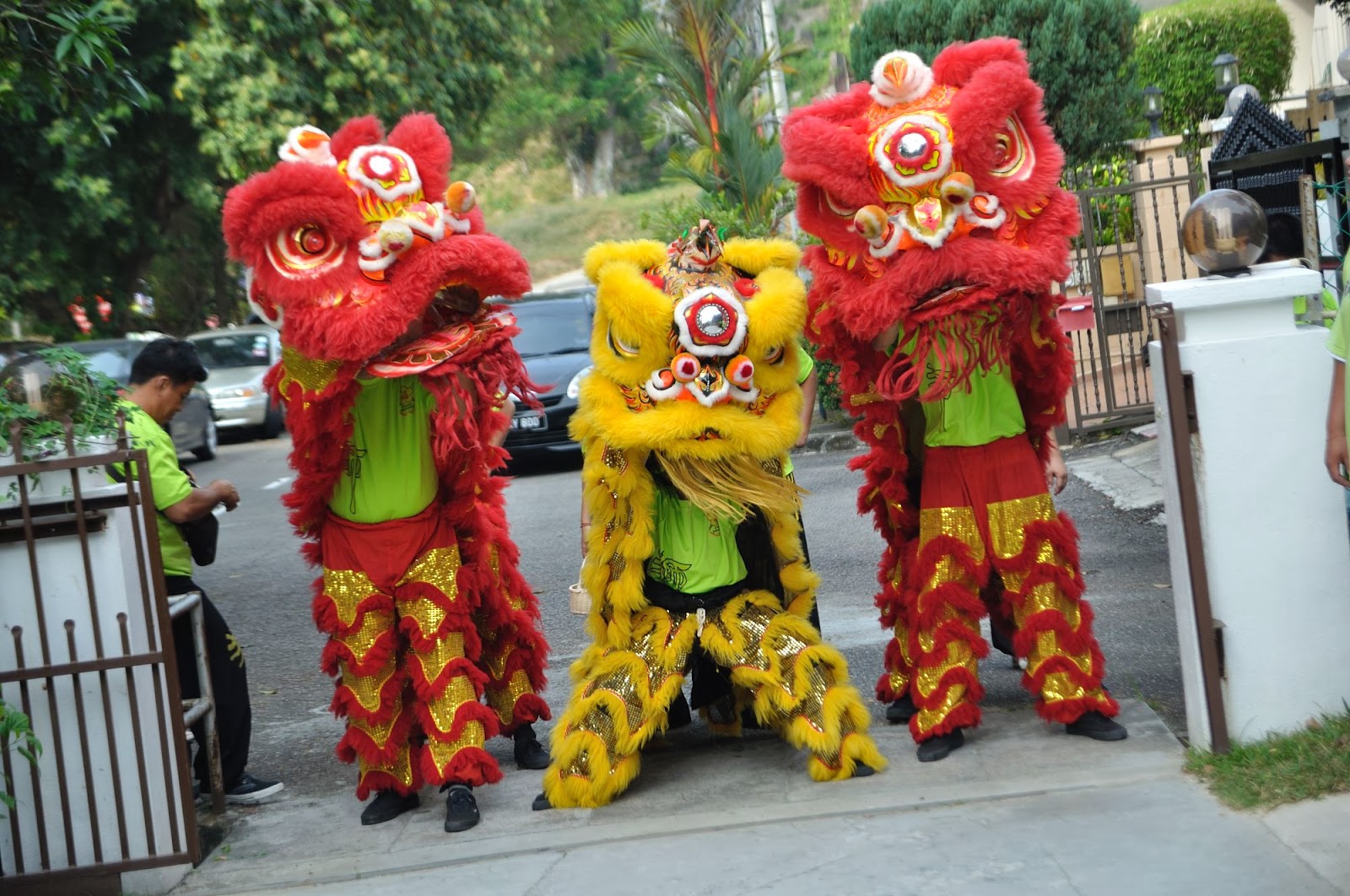 I was really surprised to see three lions perform: two big ones and a smaller one (which was performed by kids that looked like they were in primary school) as I've usually only seen them in pairs before. The lions were super friendly and interacted very well with the children. 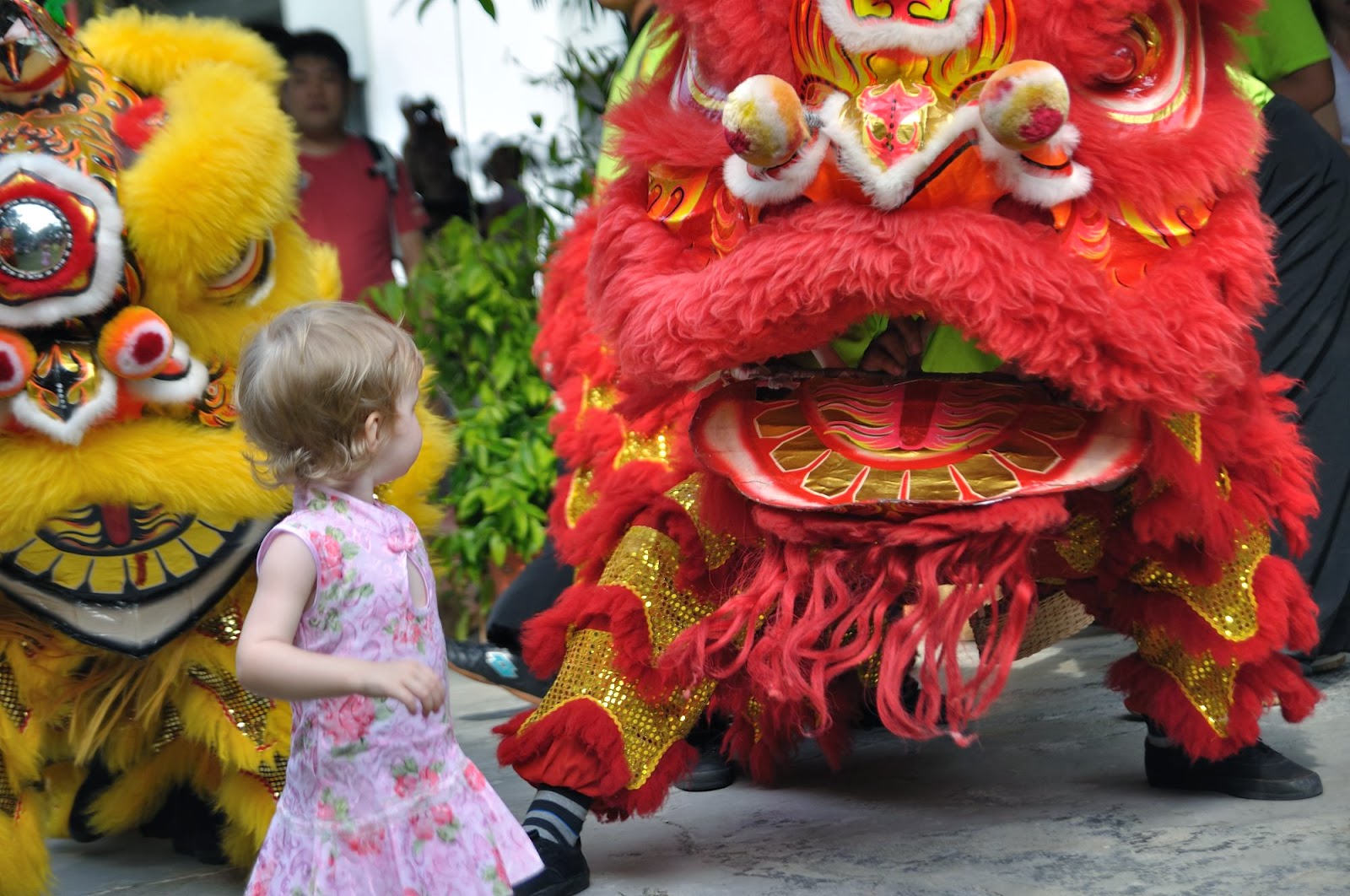 They had some fun messing around with the children by teasing them. One of the lions even "ate" up a little boy by snapping him up with the jaws. Bubs was apprehensive at first and still hasn't made up his mind if he likes lion dances or not. The only way he would go near them was if I carried him with his arm curled tightly around my shoulders. The lions were distributing sweets and chocolate coins so Bubs bravely put his hand to the lion's mouth (literally!) for some treasure. I thought he was a lot braver than me when I was his age - I still have memories of my Mum persuading me in vain to stand next to the lions for a photo and I'd steadfastly refuse. 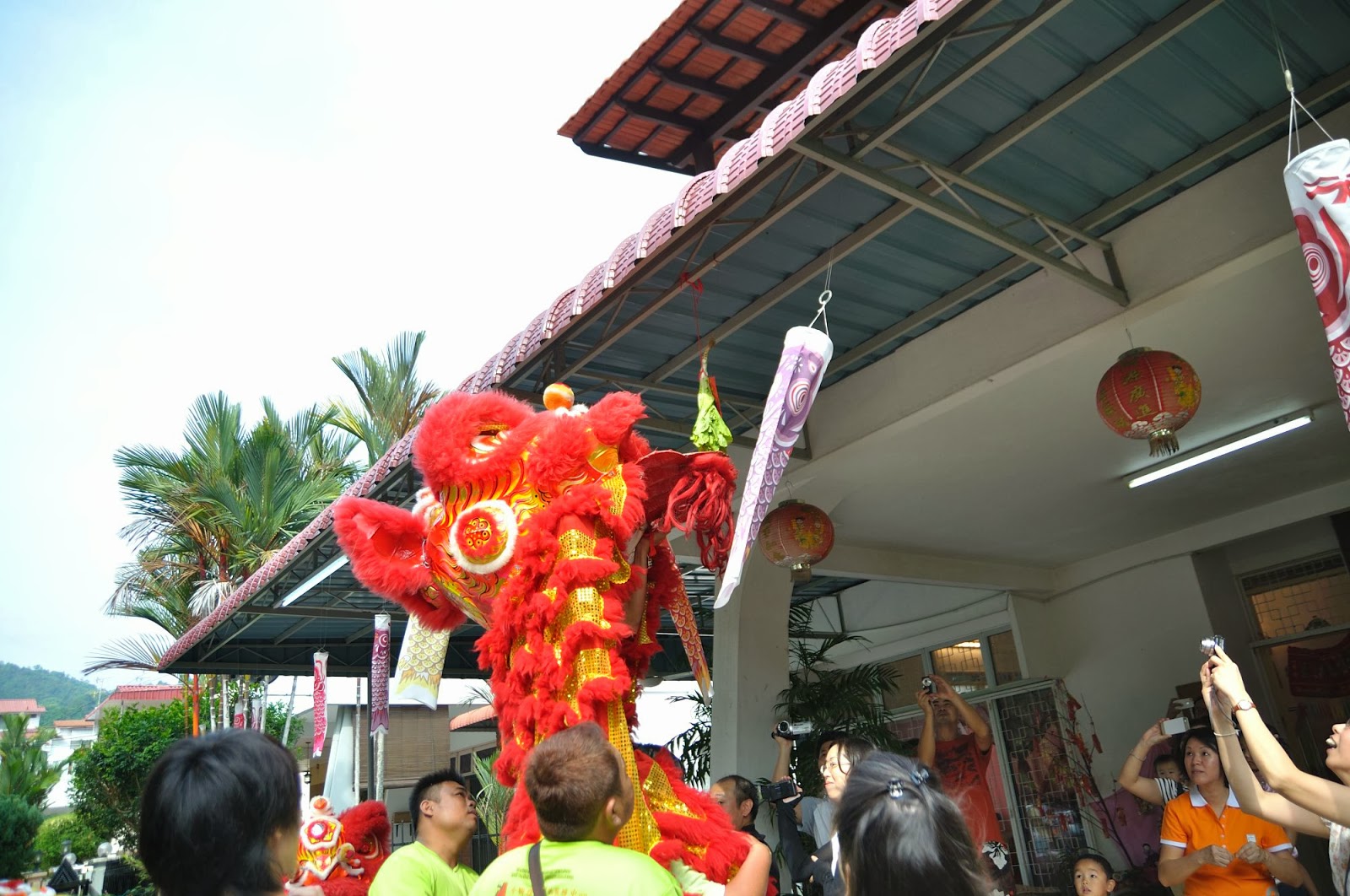 My favourite part of the lion dance: the lions reaching up to eat the lettuce in an acrobatic finale.
Posted by The Nonya at 10:12 PM