Bubs has been on this super hero kick; he is in awe of Spiderman, Superman, Iron Man, Captain America (or rather Emerica as he calls it) and Batman. Whenever he role plays, he puts on an even deeper (we get told a lot that he already has a very deep voice) and aggressive tone.

We were having our weekly staple of roti bakar and iced coffee when I spotted a stall selling kids sized superhero outfits. They weren't anything fancy and obviously not the licensed merchandise but would obviously delight a certain someone. After asking Little Mr Indecisive what he wanted, "I want Spiderman, no wait, Superman, uhhhhh ... no, I want Iron Man" I decided to just pick out one myself.

Being the Asian mum I am, I buy clothing for Bubs in bigger sizes so they last him for ages and I get more bang for my buck that way. Since the stall owner ran out of Spiderman outfits in larger sizes, I settled on a Superman outfit with a sewn on cape. I initially cringed from the gaudy colour and plastic-y ironed on logo but Bubs was so excited, hugged the outfit to his chest and kissed it. Awwwww ... the look of sheer delight on his face more than made up for the cut throat price. 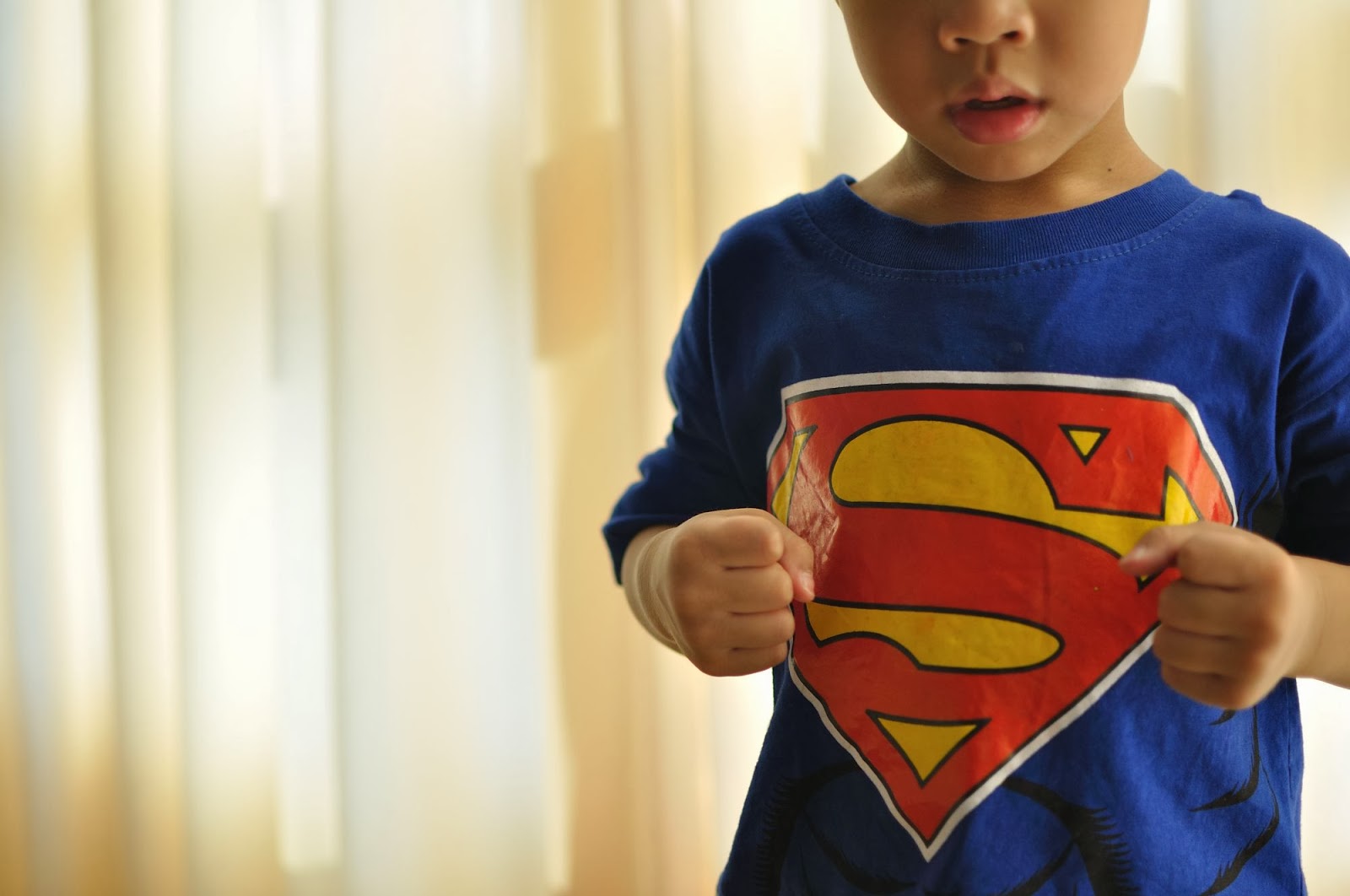 After a stern warning about how donning the Superman suit does NOT enable him to fly and that I'd confiscate it if I caught him doing superhero stunts in it, Bubs was thrilled to bits to tear around the house in it. Hubs talked Bubs and me out of the idea of wearing the full suit out to the mall ("This isn't Halloween") and just wearing the top with a pair of chambray shorts. 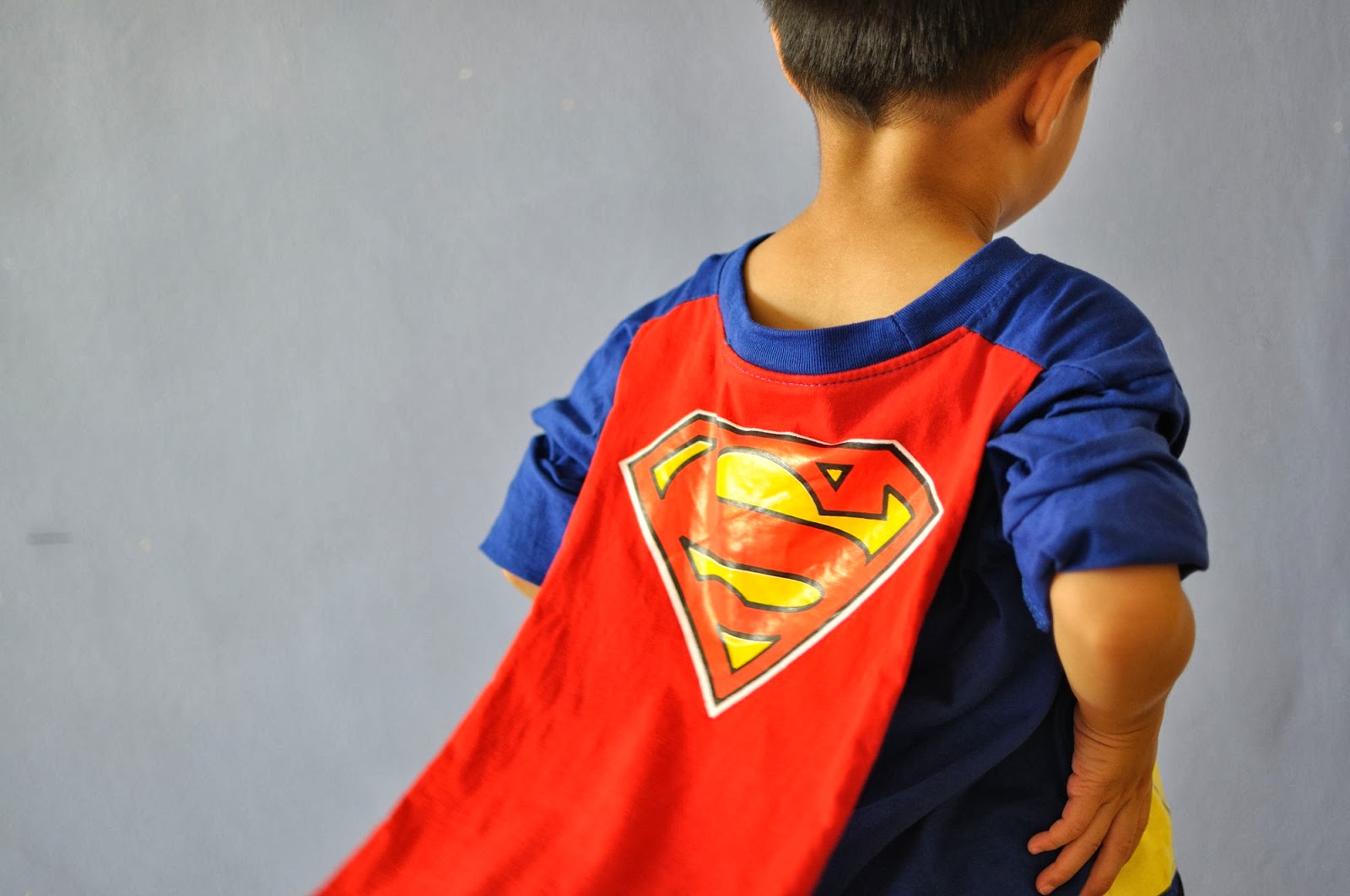 Super Bubs out on his mission to save the world :)
Posted by The Nonya at 8:58 AM