We had the chance to view the intriguingly titled Art is Rubbish solo exhibition by Lithuanian artist Ernest Zacharevic. Most Penangites have a very warm liking for his street art works (titled as Malaysia's answer to Banksy) as he's credited to making the inner city centres of Penang become alive. Drive past some of his popular pieces and you'll see locals and tourists alike patiently lining up to take photos and interact with the artwork. 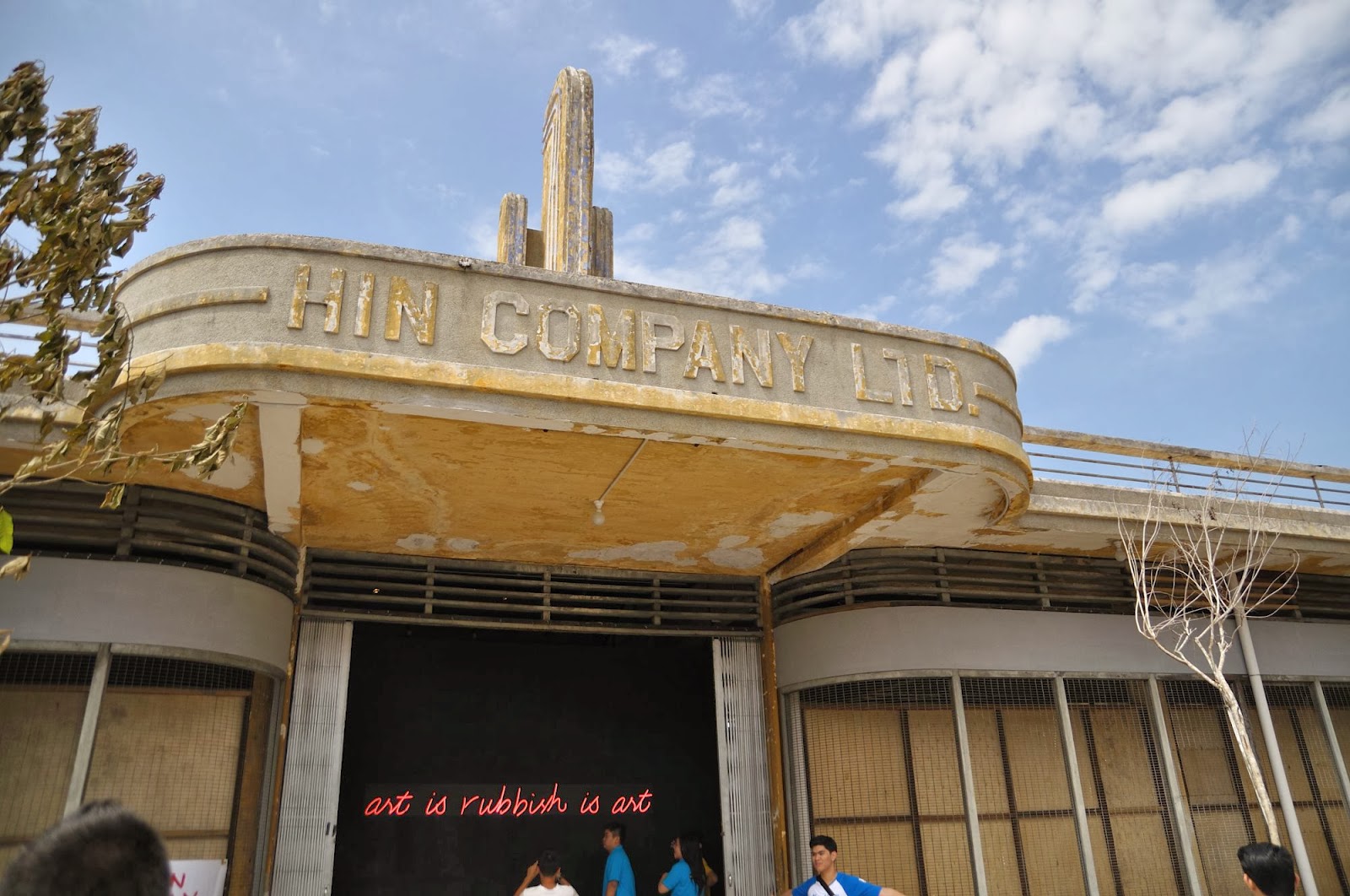 I like how he used his special touch to make the old Hin Bus depot come to life with young and old flocking to marvel, talk  about and yes, interact with the artwork. Isn't this what art is about; to inspire and provoke reactions from people? :) The exhibition was filled with so many people and boy, it was a sizzling hot day. Be prepared for an unconventional art exhibition and ladies, stilettoes are not recommended here. 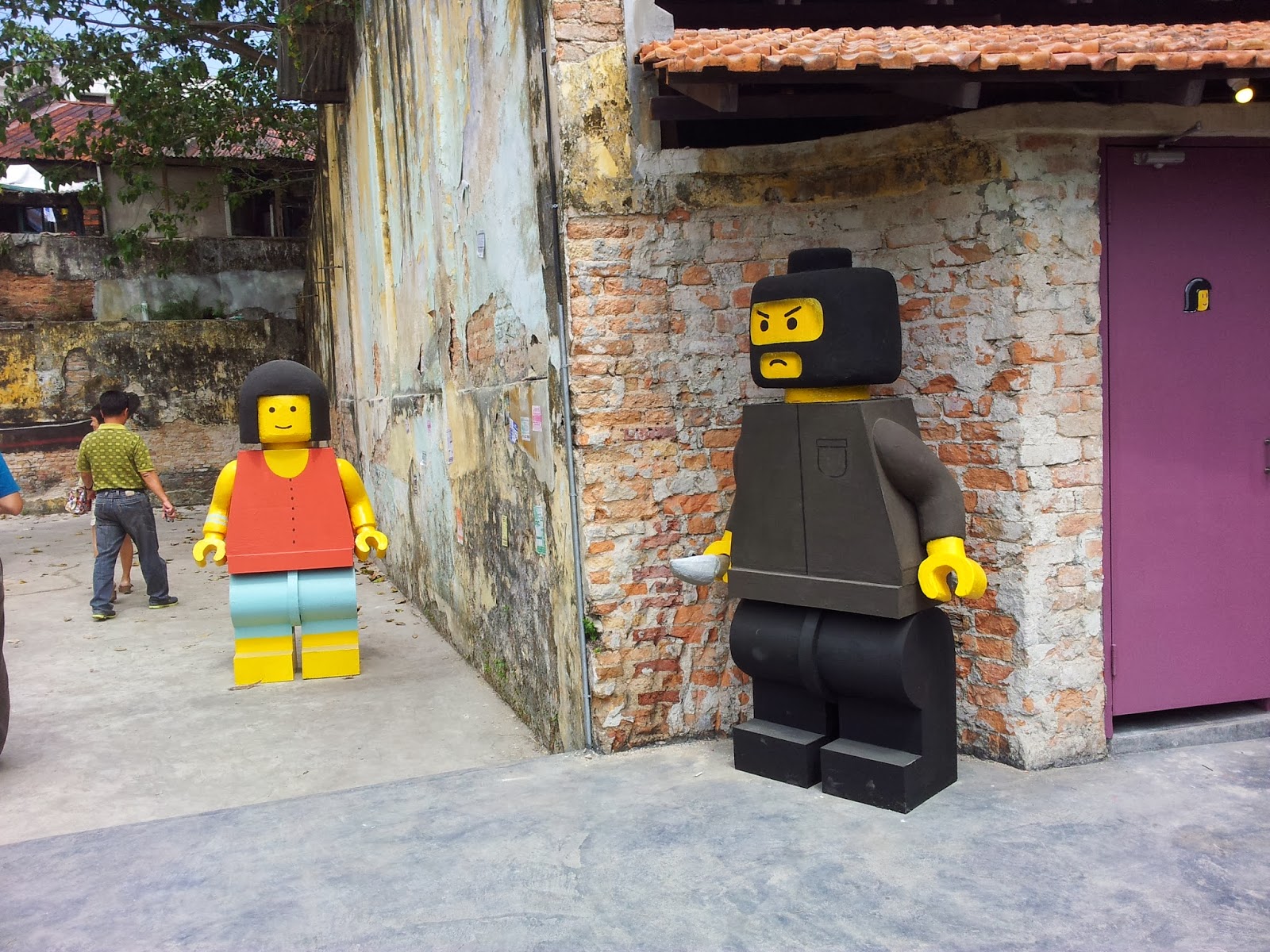 A couple of his so-called controversial pieces, i.e. the Lego mural that drew the ire of the Johor city council are reproduced life size here as sculptures, much to the delight of visitors. I spotted a young guy impaling himself on the robber's knife to pose for a photo ;) 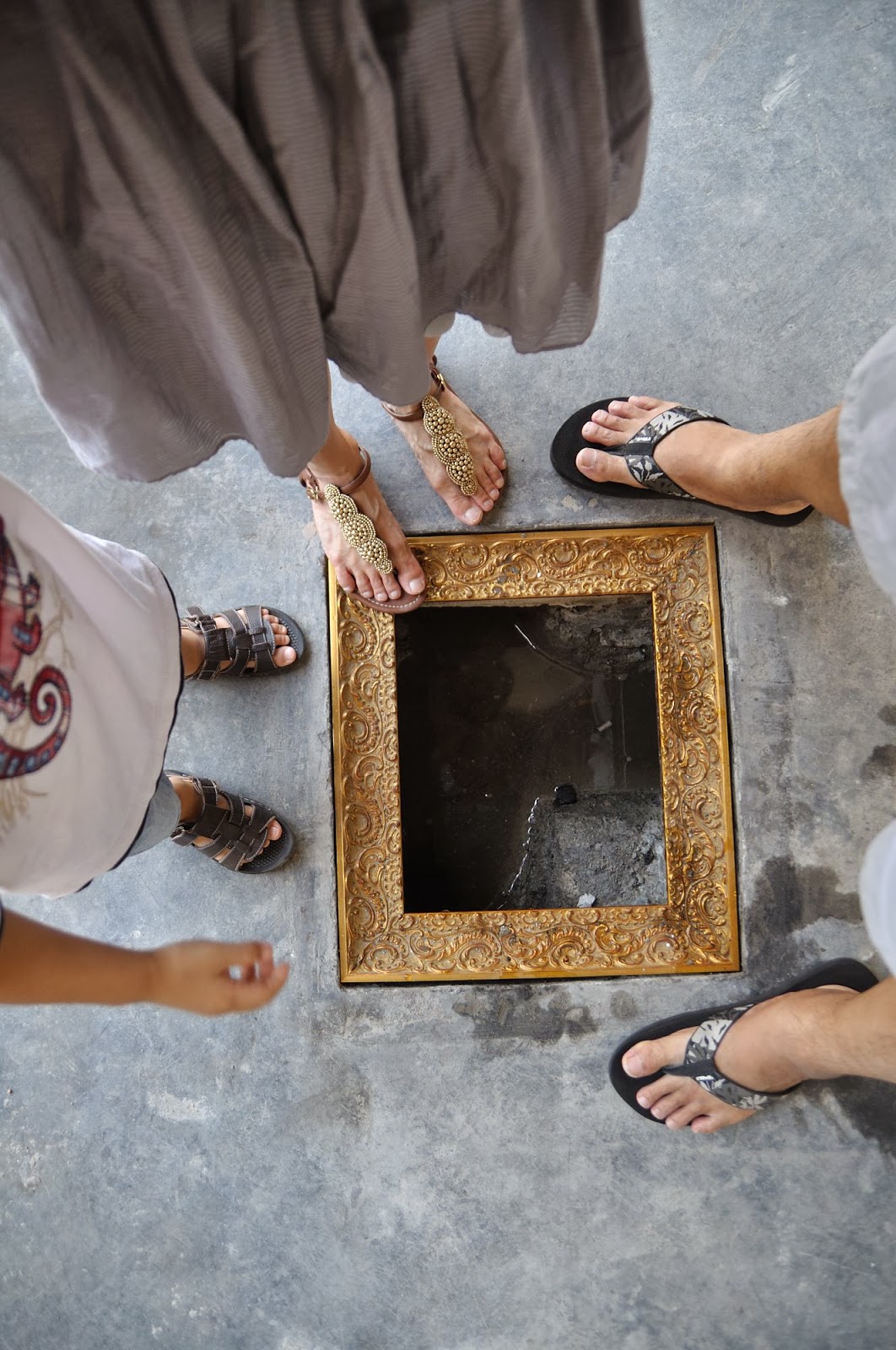 Evidence of Ernest Zacharevic's knack for brilliantly transforming the mundane and the broken into tongue in cheek artwork is everywhere. From the crumbling, dilapidated brick walls that, worn out doors to even an open pot hole on ground (blink and you'll miss it) framed in gold gilt. 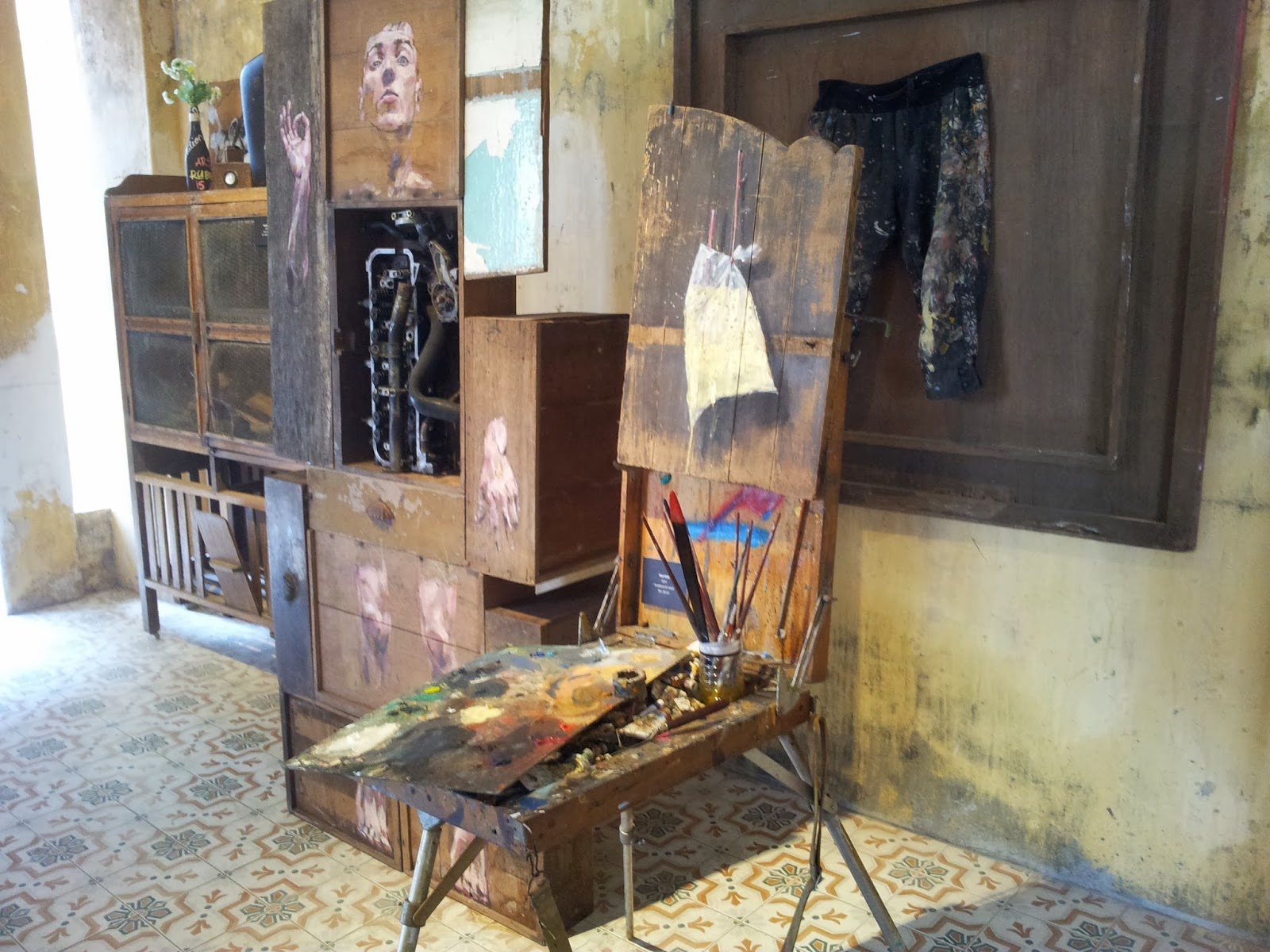 I was trying to figure out what was that in the chest. Hubs says it looks like a carburetor. Anyone knows? 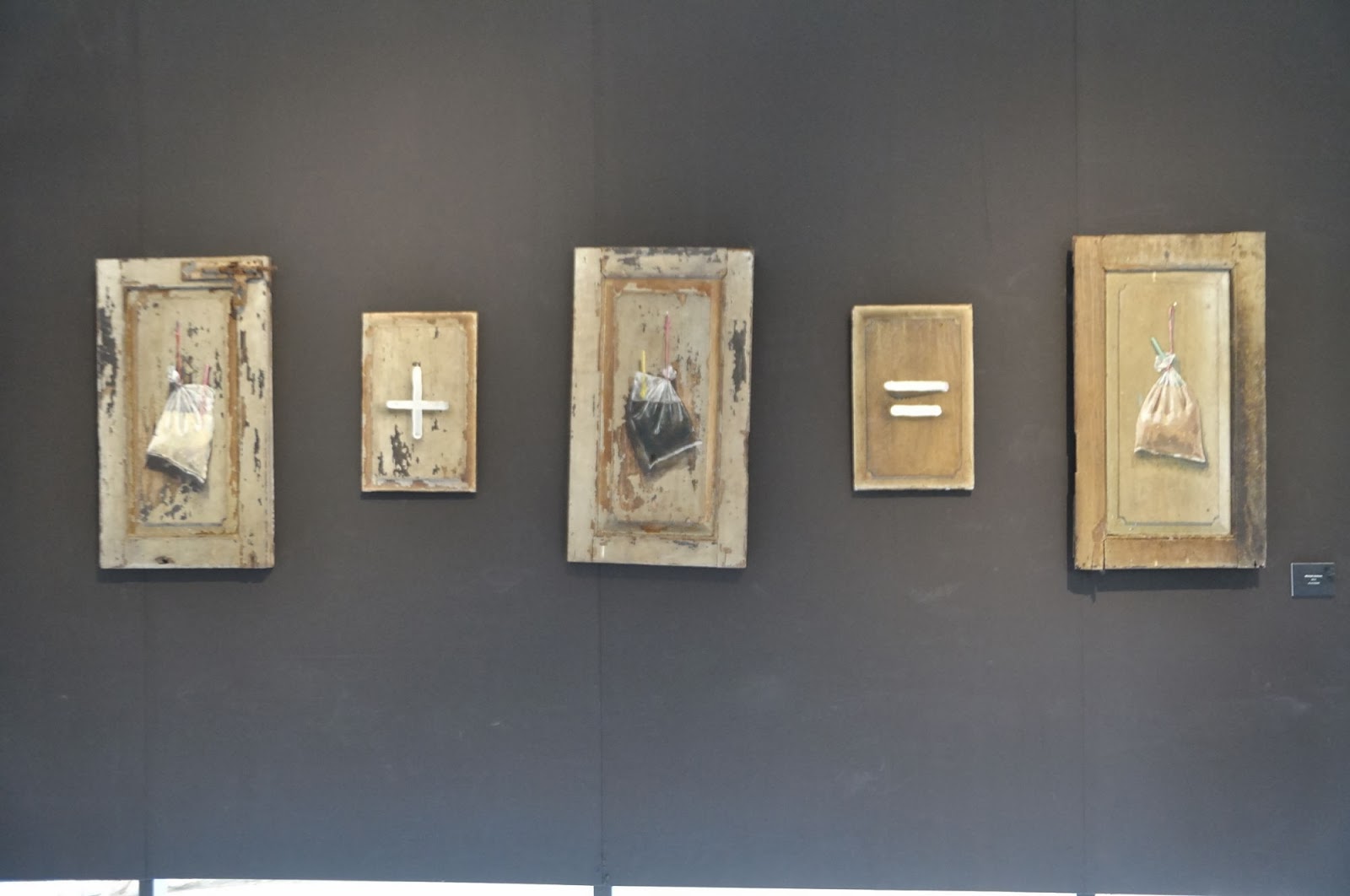 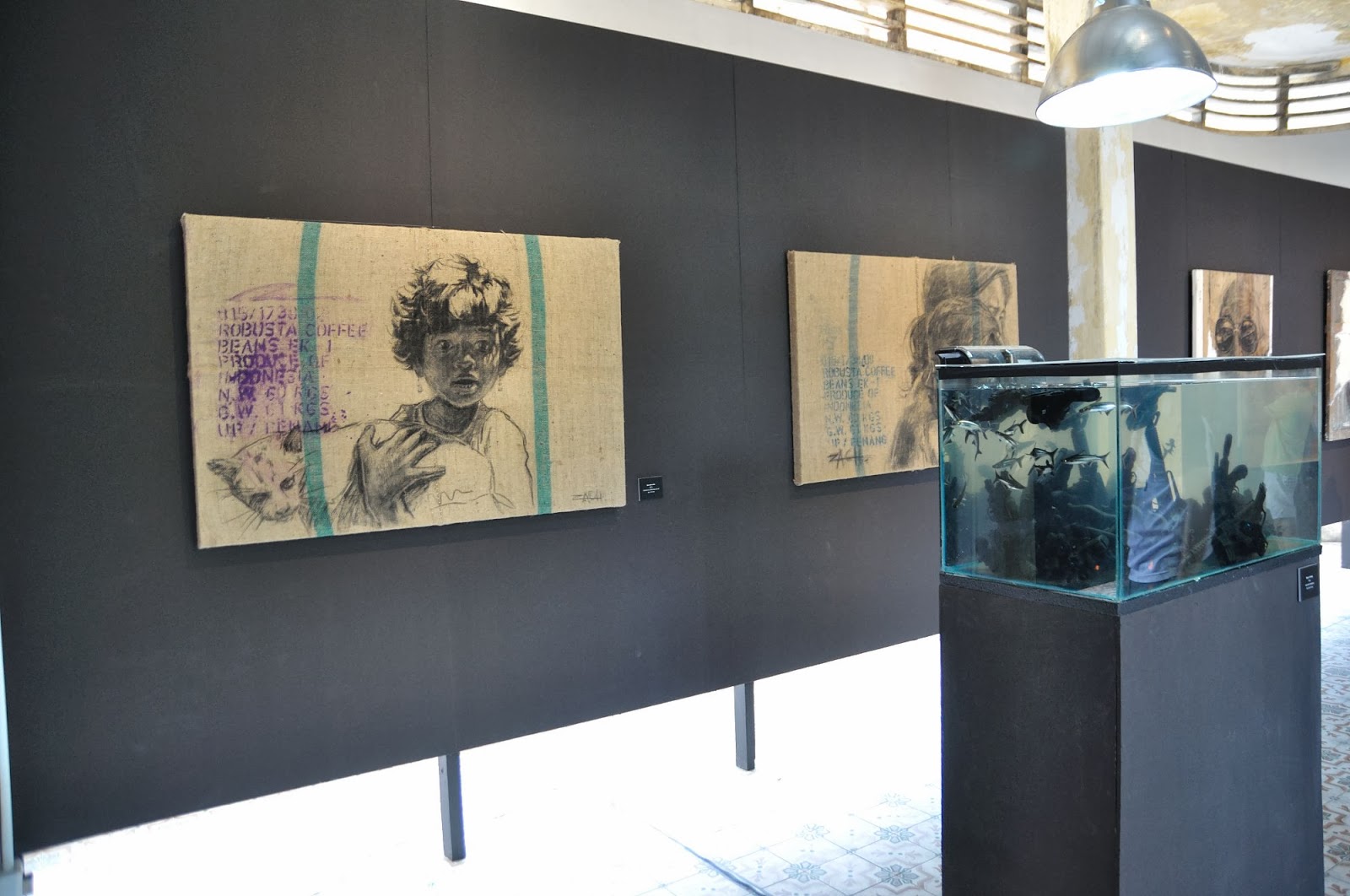 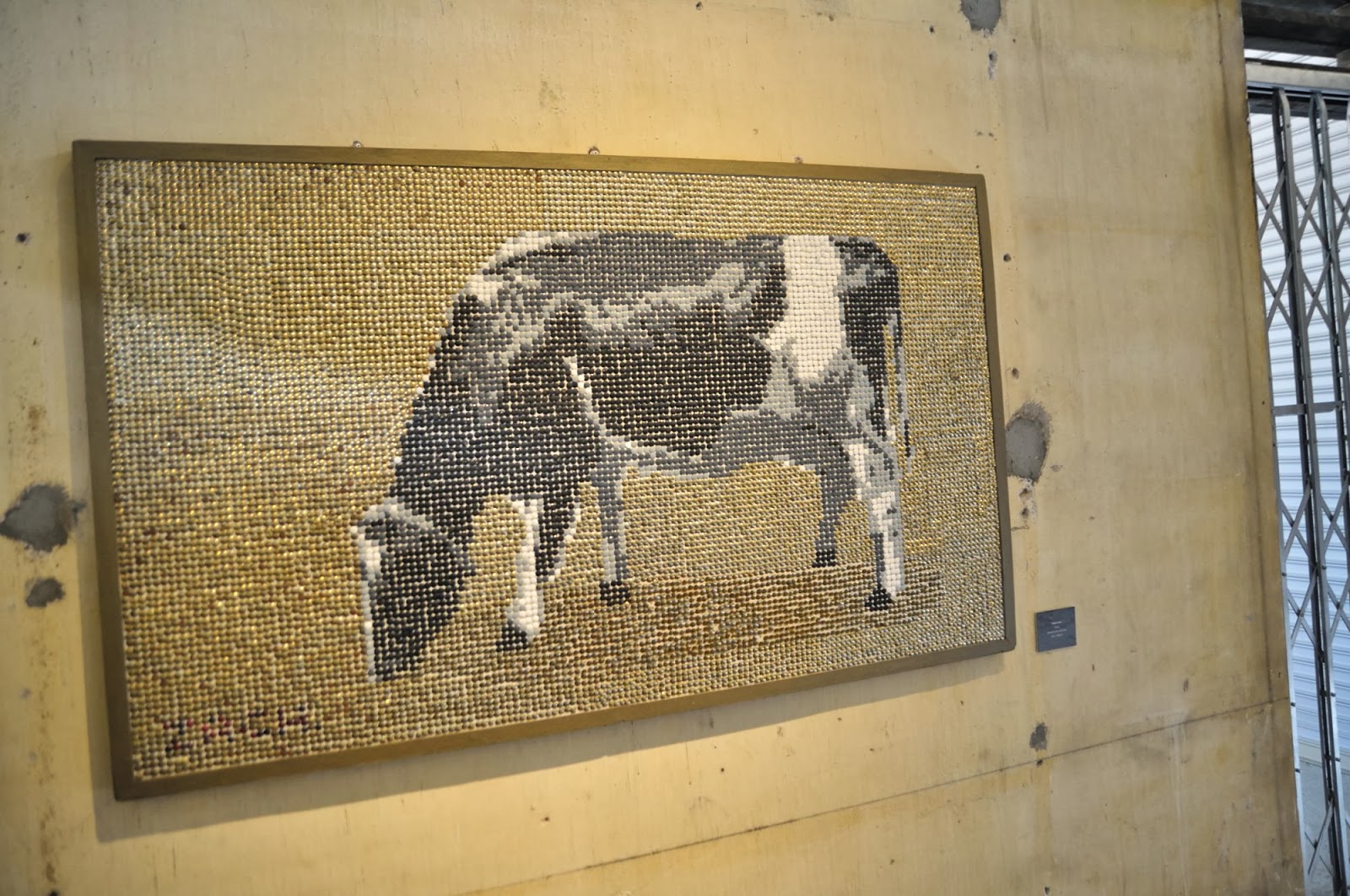 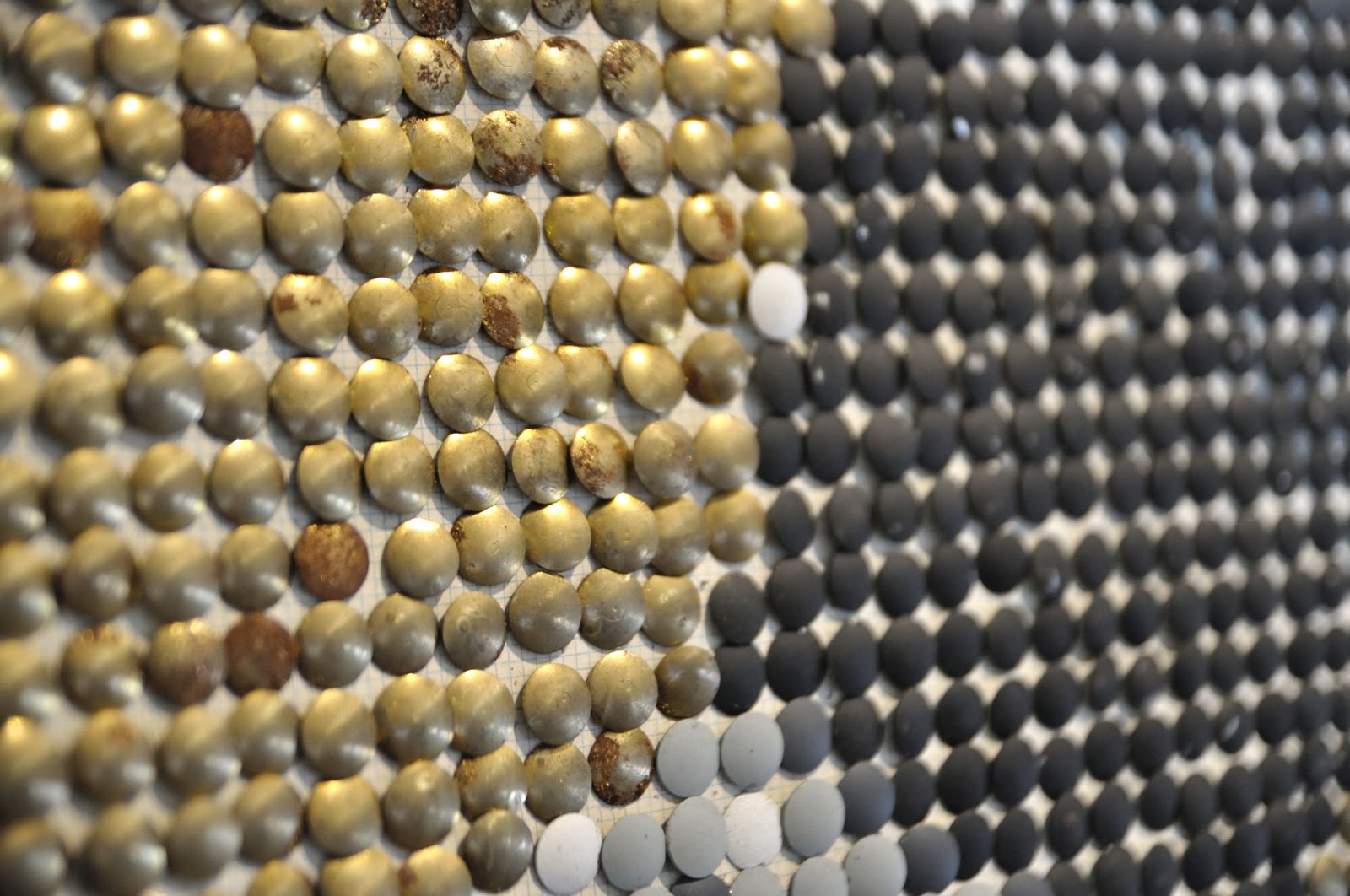 Cash Cow made out of thumbtacks. My fingers feel sore already just by looking at it. 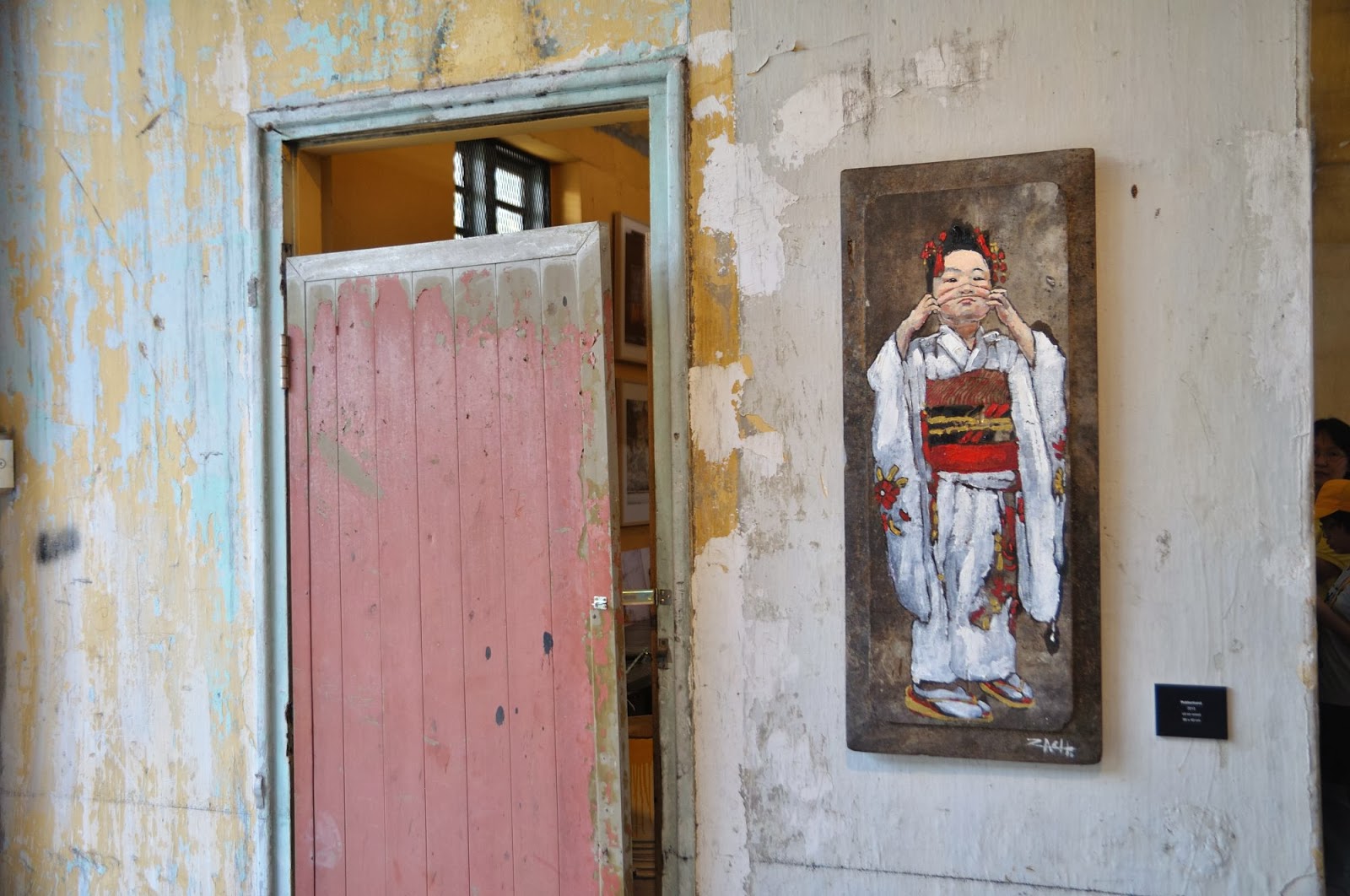 This was one of my favourite piece: a kimono clad little girl playing with a rubber band. 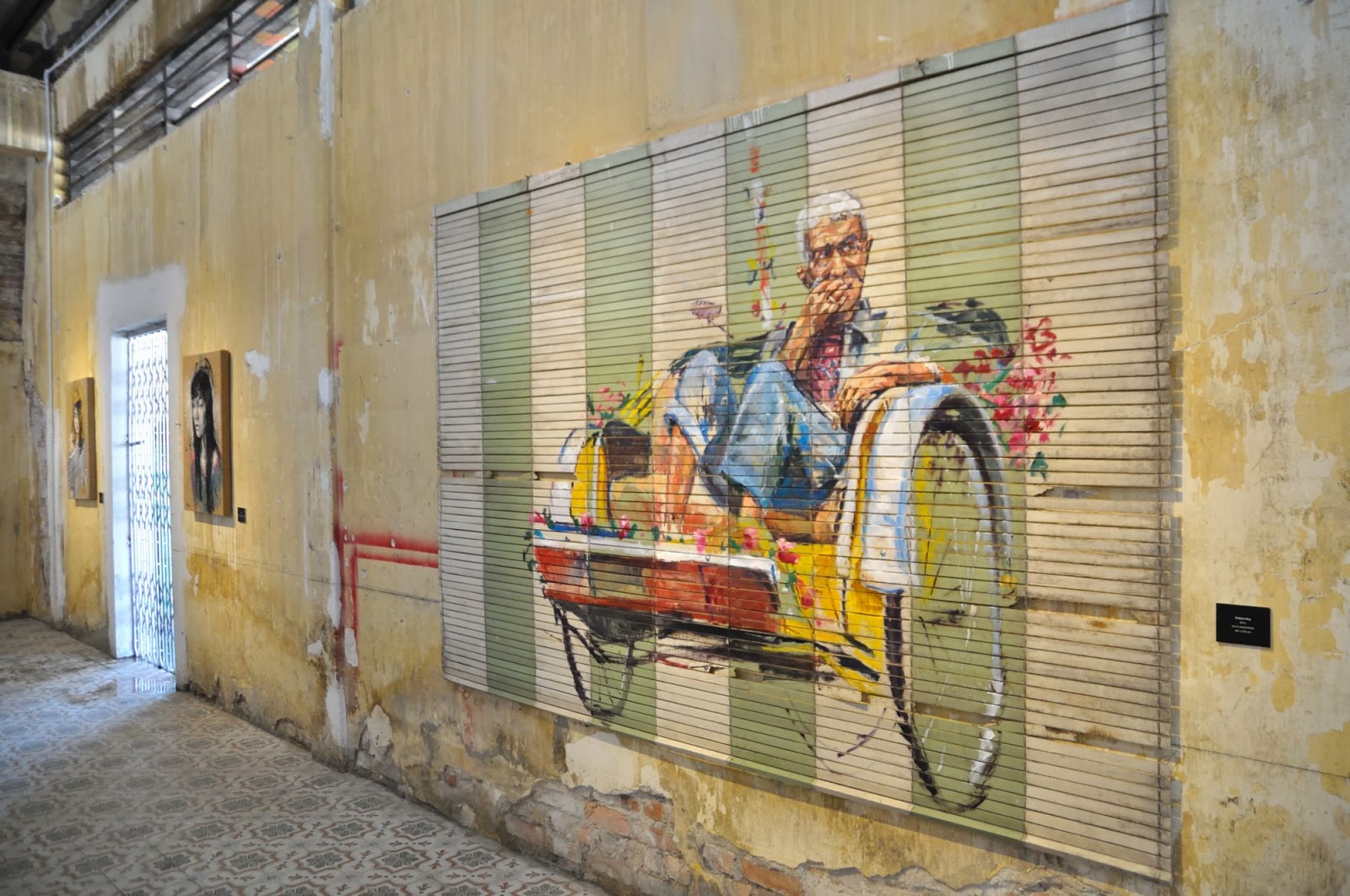 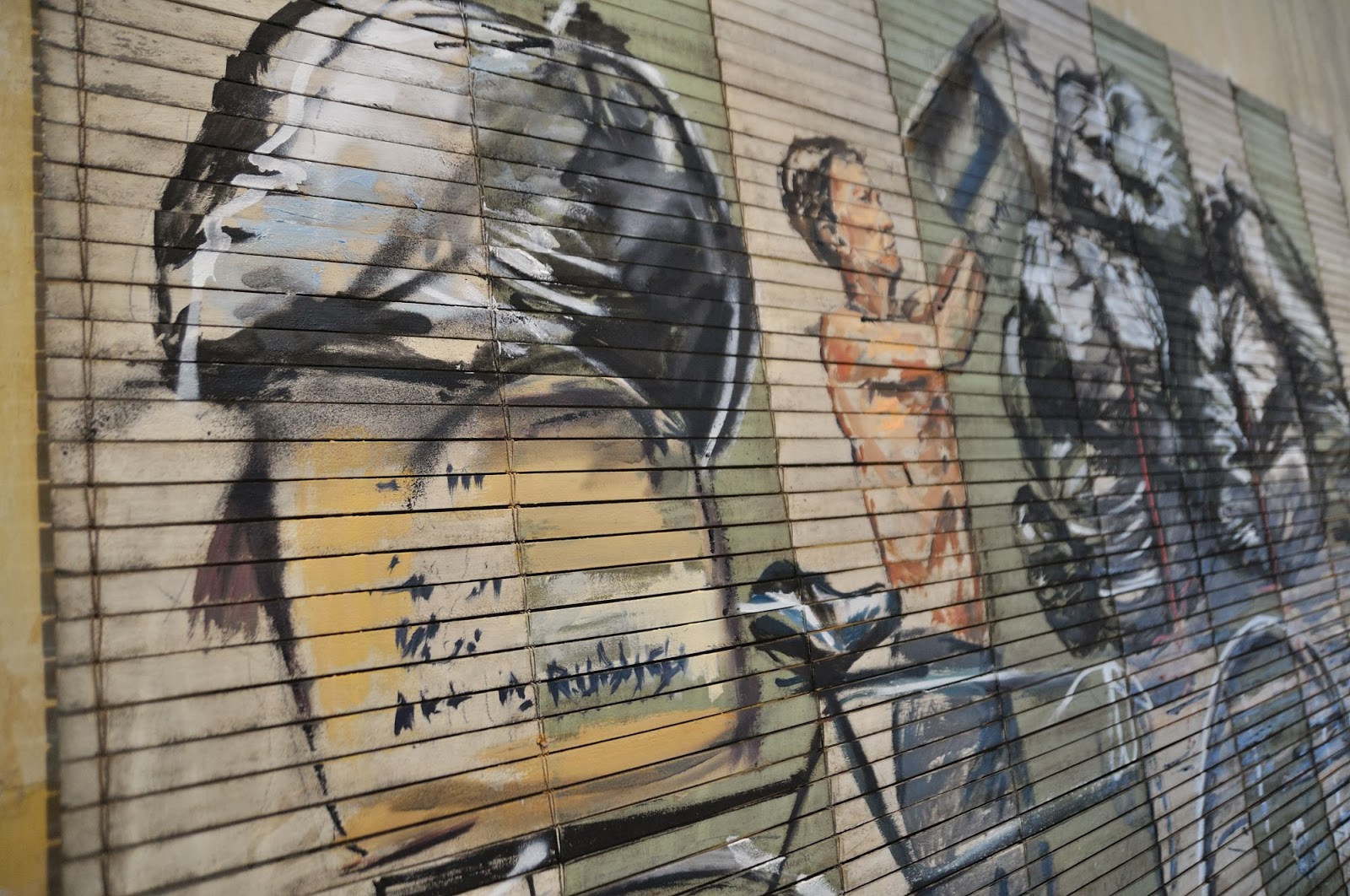 Traditional chick blinds become an unconventional and evocative canvas for his art. Waste not, want not. Look closer and you'll see the them of Art is Rubbish reinforced subtly. 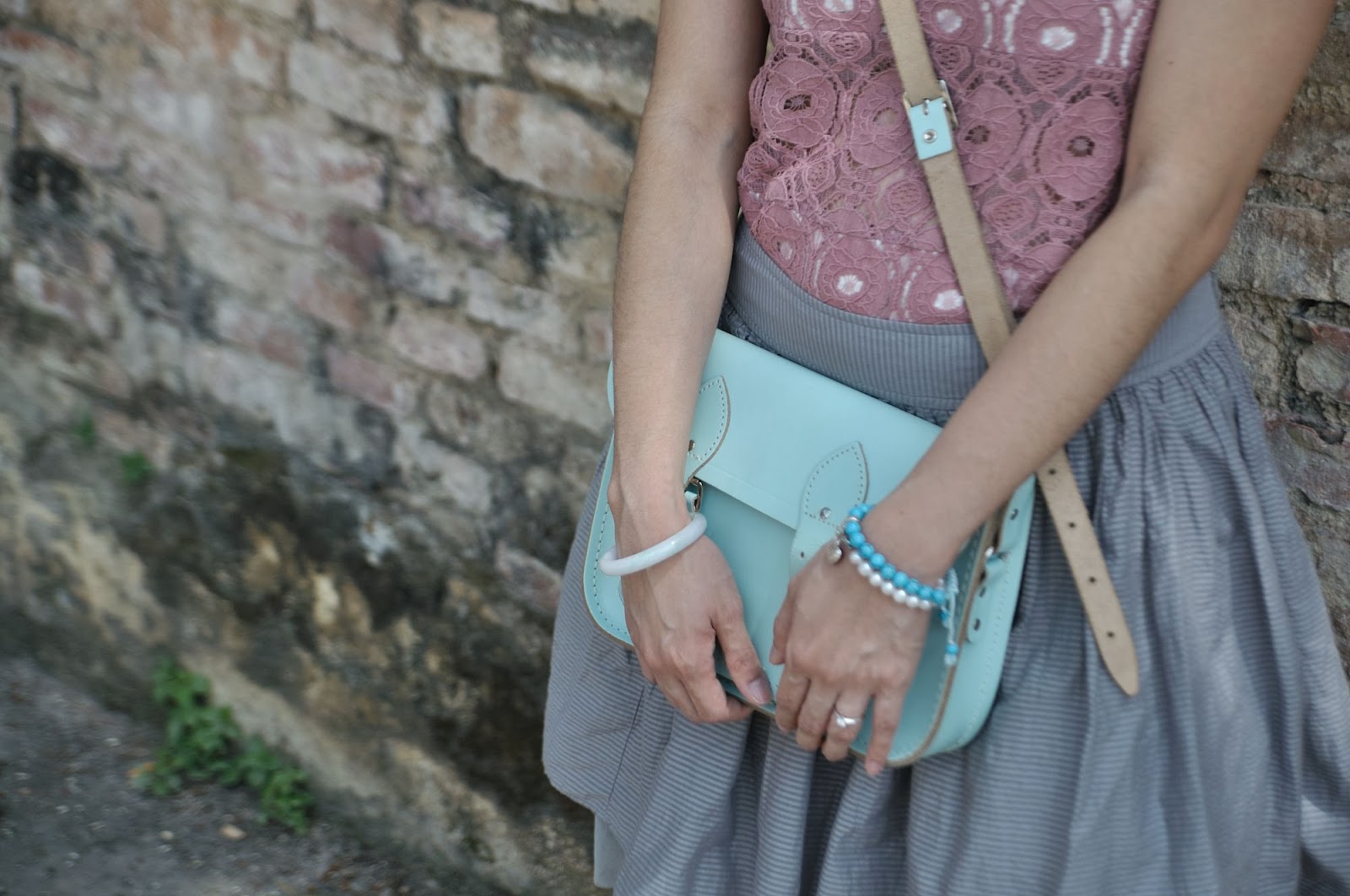 Sneaking in an outfit of the day here - vain puss that I am ;) 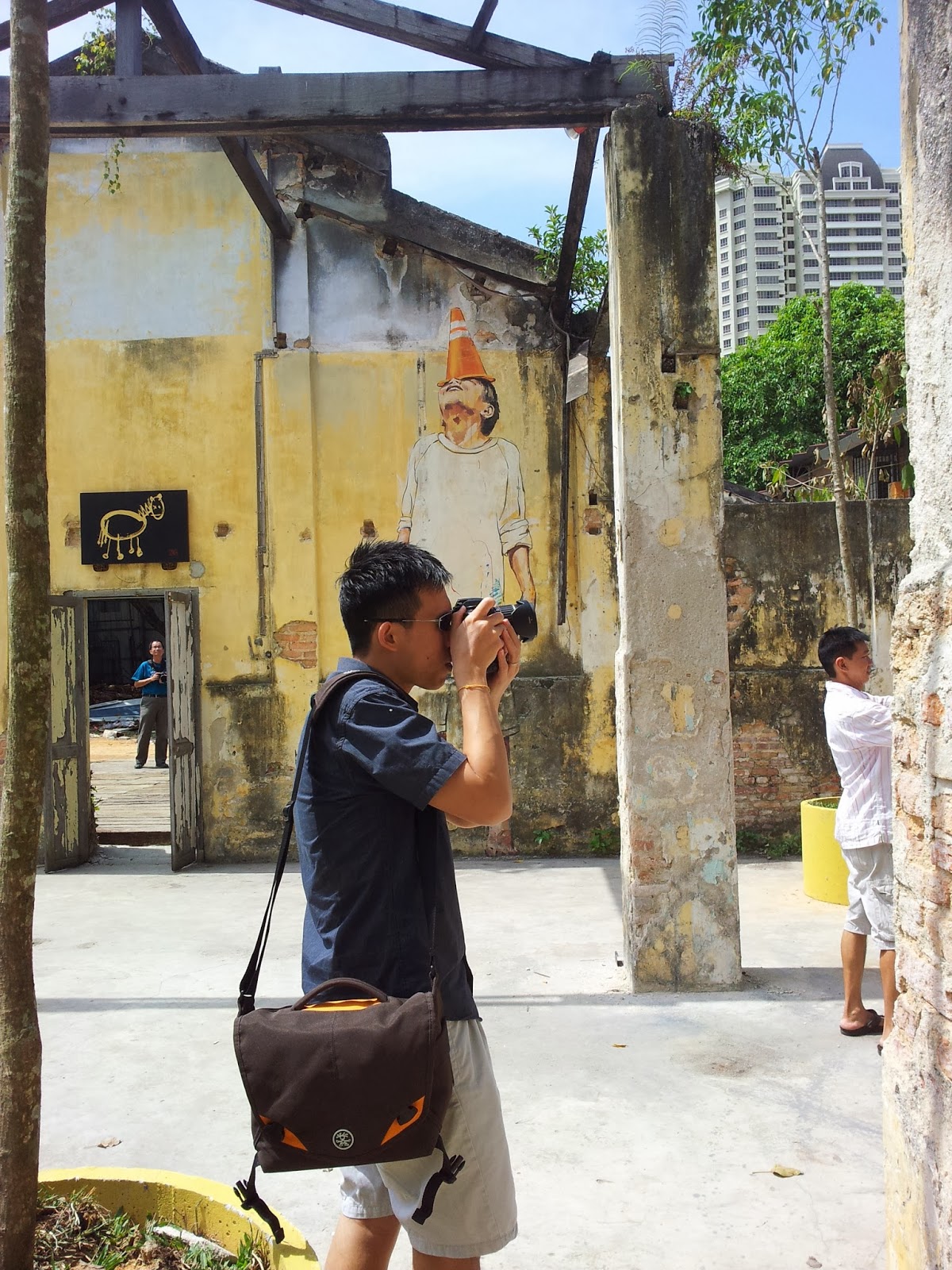 Spot the Hubs hard at work. 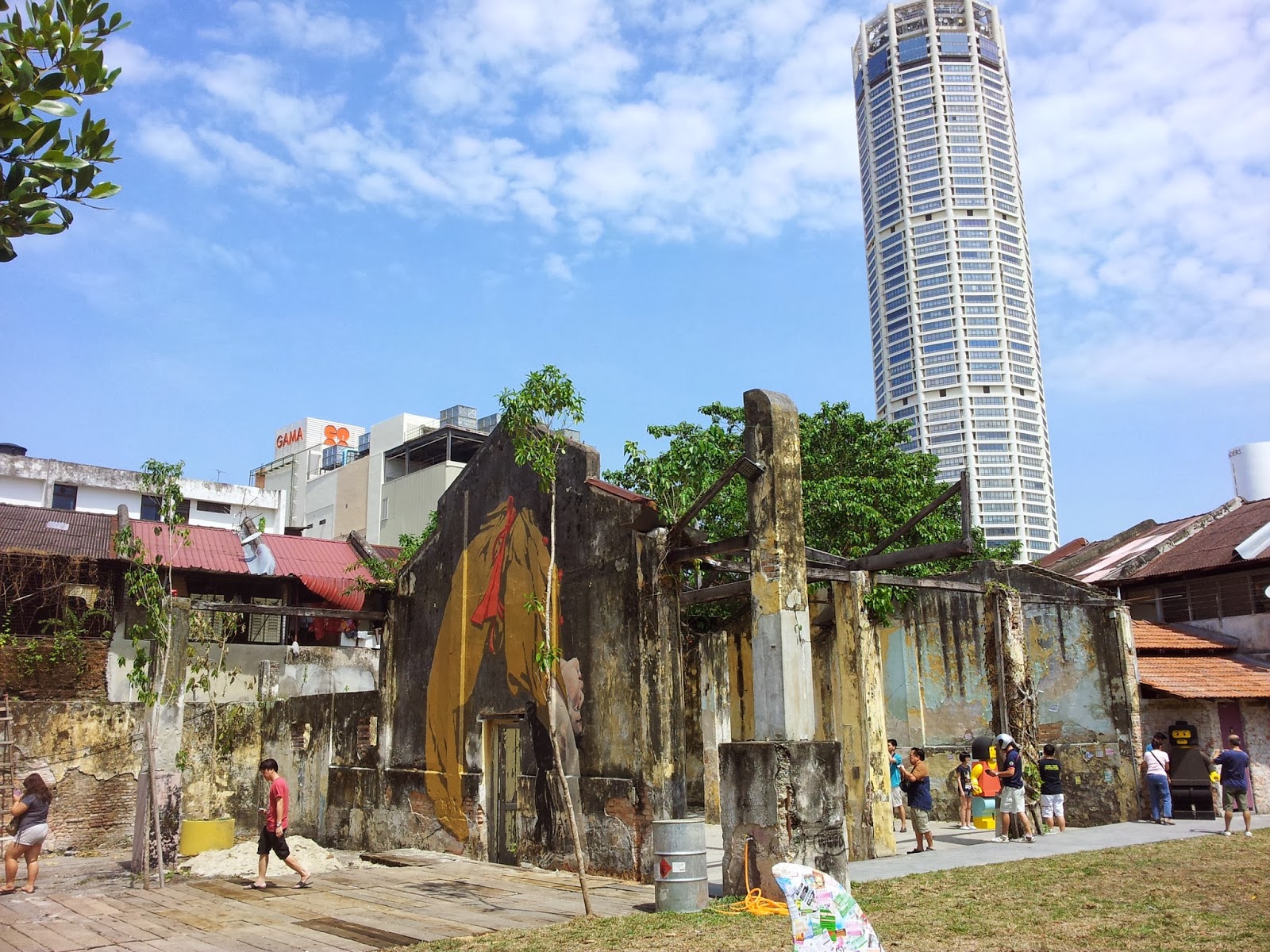 An eyesight test: do you see a little girl bending backwards? If you're viewing on a mobile device, it's going to be a heck of a test! I'll give you a clue: she's wearing a red belt. 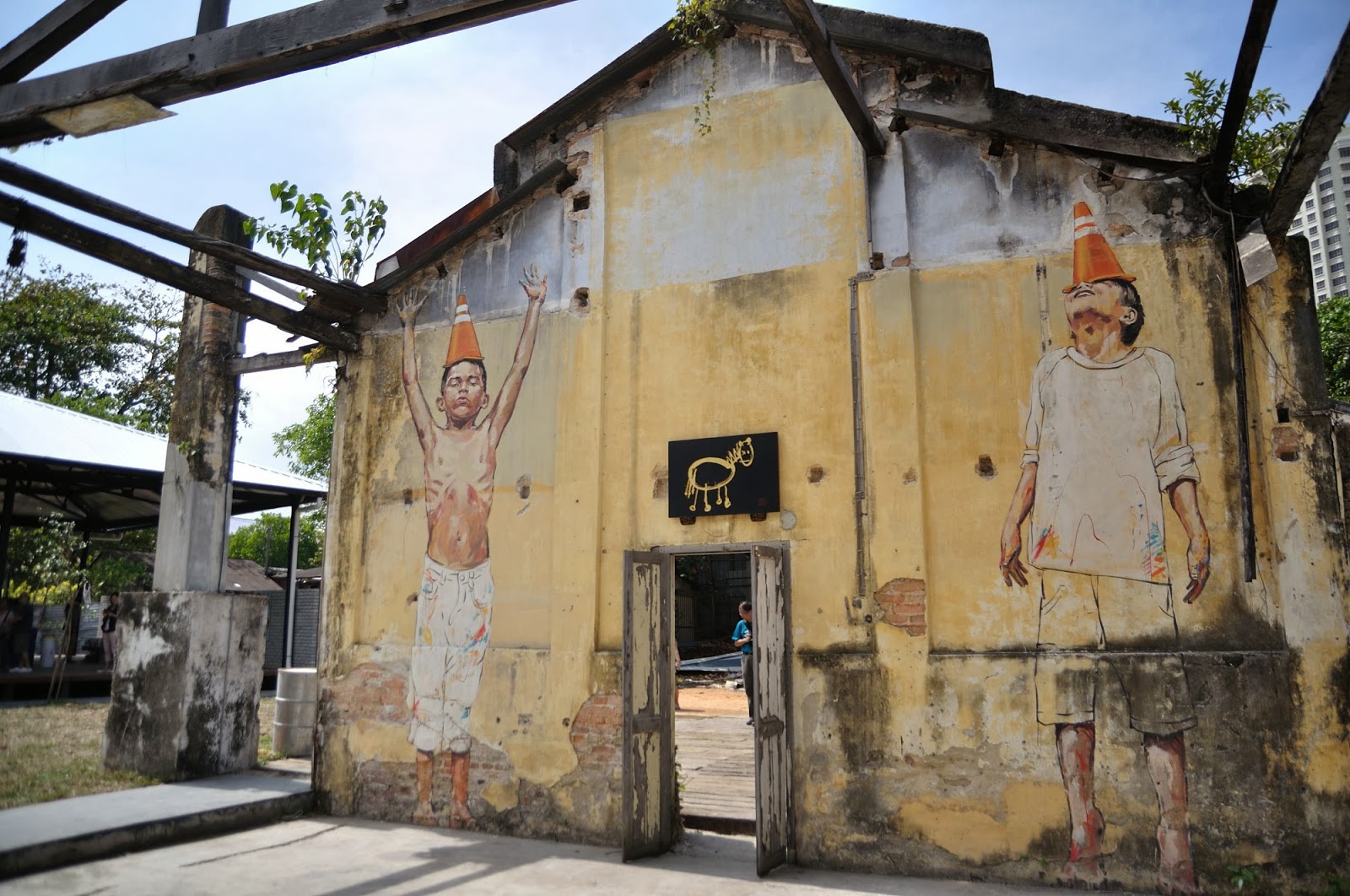 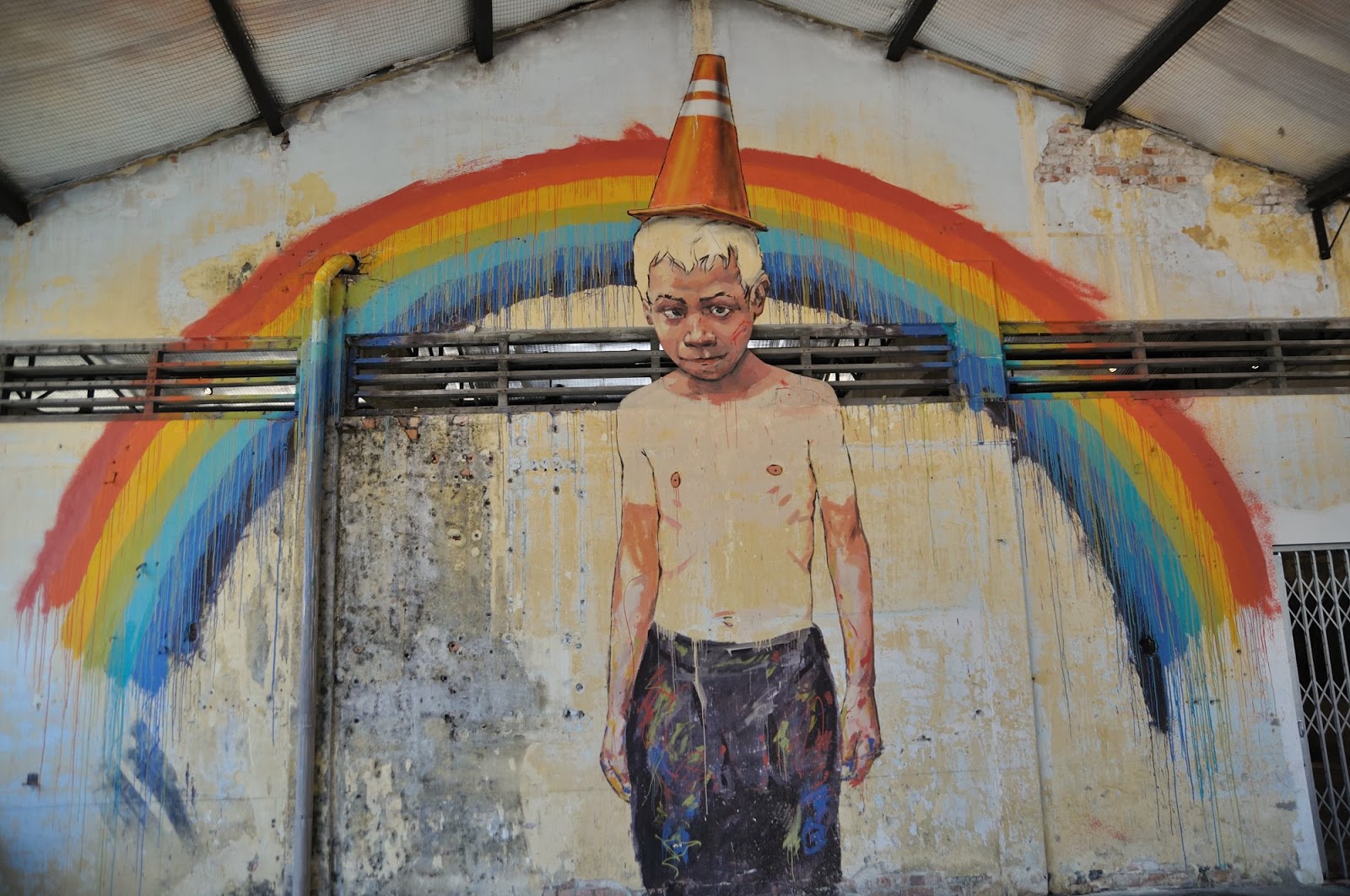 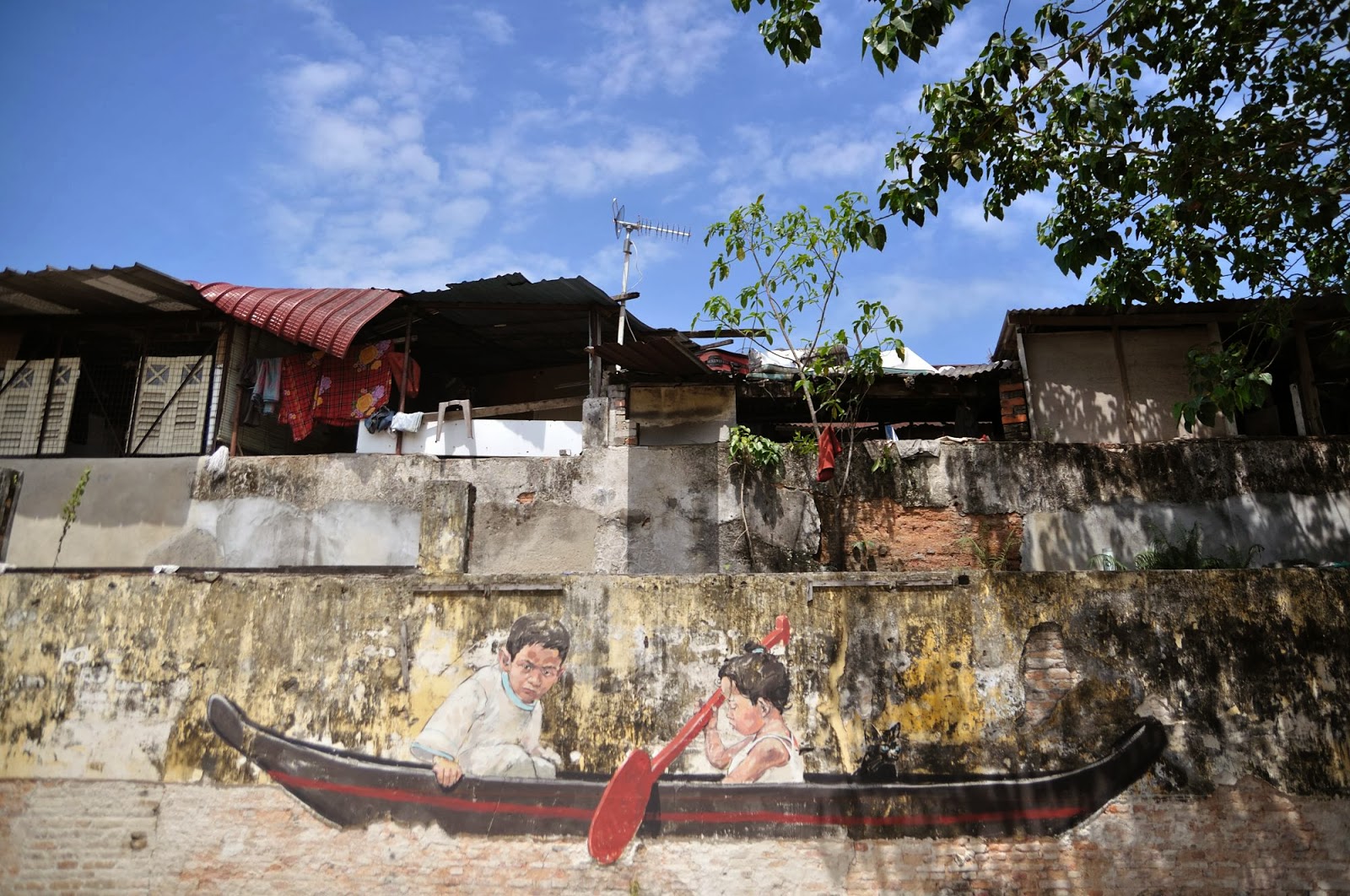 Colourful scenes of children clowning around form the basis for the large murals outside.

Run, don't walk, this is an art exhibition not to be missed, folks. If you're visiting during the sun scorching hours of the afternoon, sunnies, a hat and flats are recommended. The exhibition is free and you can take all the photos you want but I'd recommend bringing some cash in case you need souvenirs. Postcards start at RM15, along with T-shirts, signed paintings for sale. My wishlist includes the pair of coloured sketches of the Lego figures at RM600.