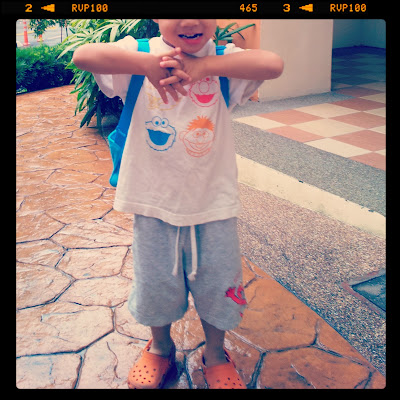 We weren't planning on sending Bubs until he was 4 but since there was a vacancy at a kindergarten, we decided to go for it. I couldn't tell who was more excited, Bubs or me :p Hubs and I talked to him about school and reassured him that we'd be back to pick him up. 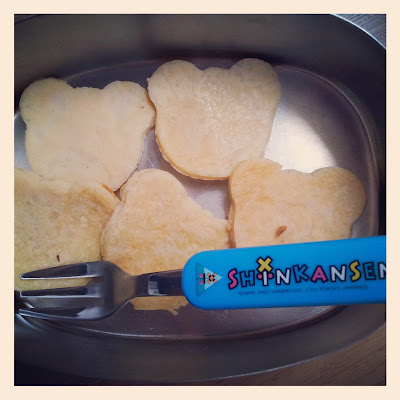 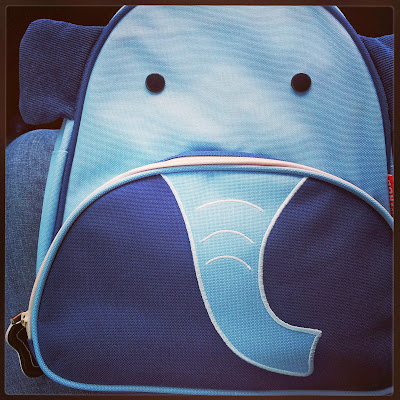 We woke up early, packed a light snack for him: teddy bear pancakes and with feelings of trepidation, bundled him off to school. I half expected Bubs to bawl, to cling to our knees ... it is a momentous milestone after all and goodness knows, my parents told me I cried for an entire month when they first packed me off to kindergarten. Here's a tip for you: whenever the teacher tells you that your mummy is downstairs drinking water and will be back for you, she's LYING.

Hubs and I walked him to the door, waved and ... get this: he spotted the toys they had inside and literally ran in without a second glance at us or a word of bye.

Our conversation later when we picked him up.

Me: Did you make any friends?
Bubs: No, I threw sand at another boy.
Me: What? Why?
Bubs: He scolded me.
Me: Why did he scold you?
Bubs: Because I snatched water from him.