Can't believe we're at the last day of the glorious, long stretch of weekend :( Less than 24 hours to get back to the daily grind. On the upside, at least the streets will be more sane a bit. Traffic in Penang was horrendous with cars clogging up the roads, particularly at the biscuits shops and outside Gurney. What do you guys think of the new one way streets at Kelawai Road? It makes coming out of junctions even more hair raising with cars zipping by so fast.

Okay, enough whining. Let's focus on the best bits of the week. 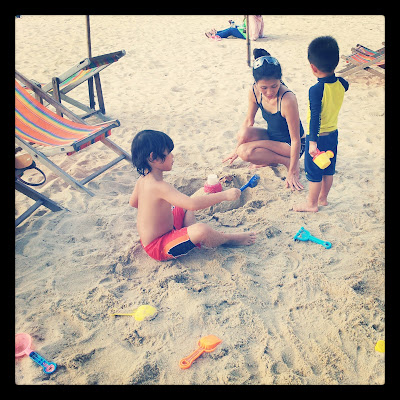 Aunt D was back for the holidays and again, we were soooo lucky that she invited us over to the Golden Sands at Batu Ferringghi. Can anyone say beach play again? :D To make it even more fun, Bubs had playmates in the form of the 2Ts: Big T and Little T. Throw a bunch of kids with a ton of sand, some spades and a bucket and they'll be entertained for ages. 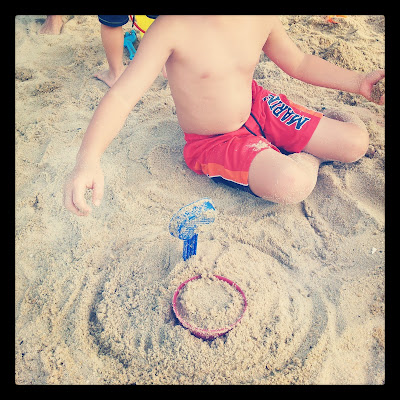 This is Big T with the sandcastle we were trying to build. Here's a mind boggling fact: even though Big T is older by Bubs by just a couple of years, Big T is actually considered Bubs's uncle ... in a weird way. Auntie D is my Mum's youngest sis, which means that Big and Little T are my cousins, that would make them ... Bubs's uncle and aunt? I've no idea, LOL. 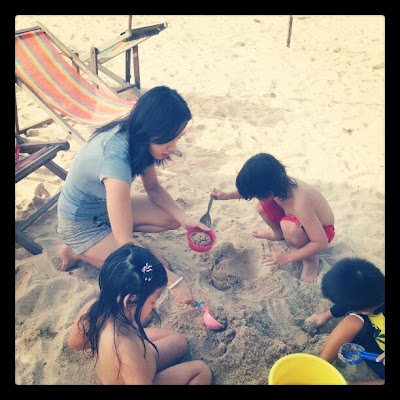 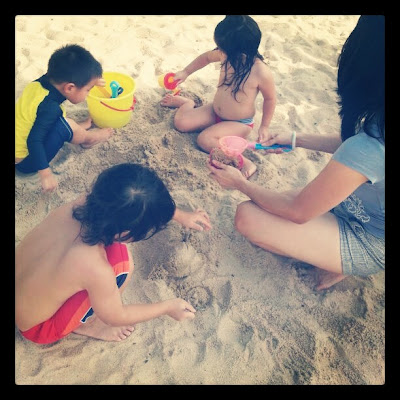 Sandcastles didn't last long with them mucking around. Every now and then, they'd get bored of trying to make it taller and just pour buckets full of sand over it. 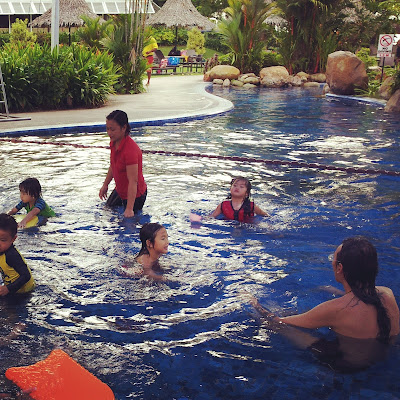 Then it was back to the pool again for more splashing before calling it a day. 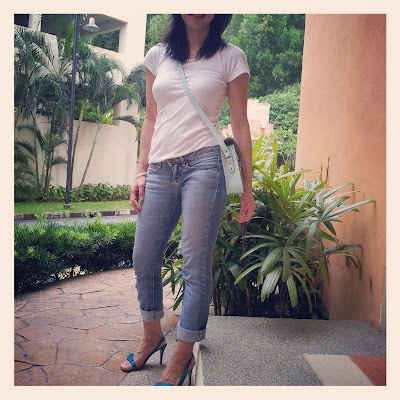 I spent most of the long weekend in jeans and a tee. Here's my attempt trying to be hipster-like by cuffing them up. Hubs's verdict: you look like you're about to go paddy planting. Hmmmph. 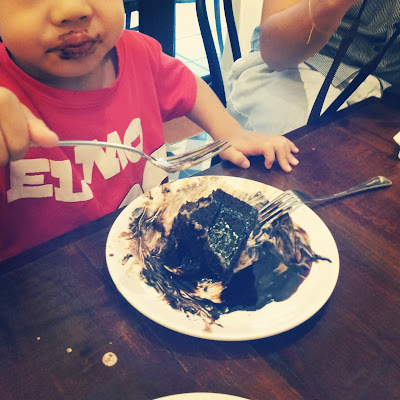 Bubs feasted on all sorts of sweet treats. Here's him polishing off the slice of that delectable, rich chocolate cake at Ben's. We made him share so he figured sharing means whoever eats the fastest, gets the most-est ;) 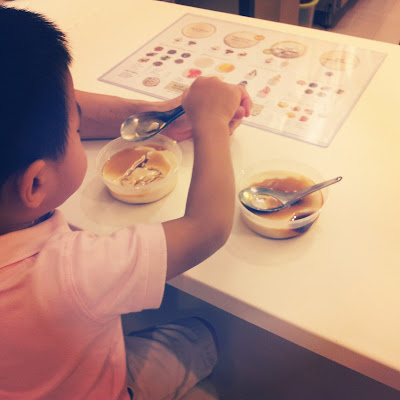 The chilled tau foo fah at QBean at Queensbay Mall is our go to place for a quick afternoon snack. We prefer ours old school by eschewing the fancy toppings and going with just a drizzle of gula Melaka. 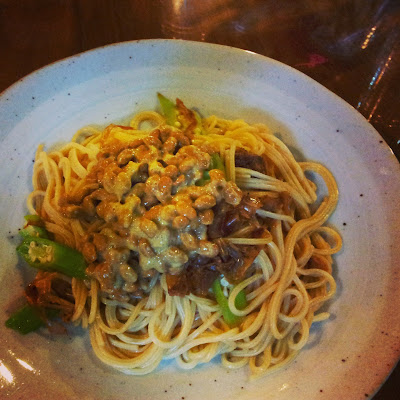 Remember my love for all things stinky and pungent, eg: durians, petai? Here's another one of my weird cravings which is sadly not shared by either Hubs or Bubs: natto (Japanese fermented soy beans). This dish is so simple yet fab - natto okura (ladies fingers) spaghetti at Isaribi Tei. If you're dining there, you must leave room for the rare (unbaked) yoghurt cheesecake which is tangy, rich and leave you craving for more.
Posted by The Nonya at 11:45 PM