Han Sang Korean Well-Being Food, a little Korean cafe, has the friendliest and most hospitable proprietor. Even before you decide on your set, he ushers you to choose your drinks: iced sweetened Korean tea or freshly brewed coffee with Starbucks coffee beans - no less. He also has a mart next door so if you feel inspired to cooking up some Korean dishes after sampling the food, you can just pop over to gather ingredients. 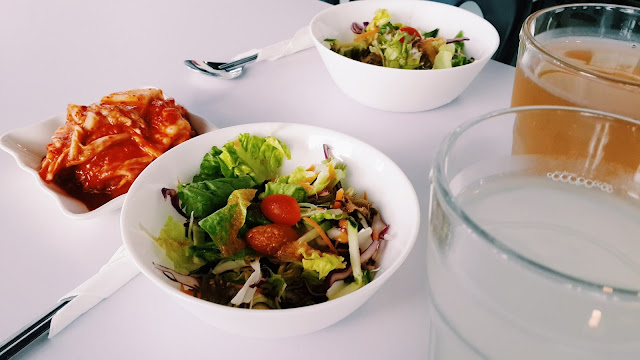 All sets are served at RM16 (promotional price, it's usually RM19) and comes with free, refillable drinks, a small bowl of salad, seaweed soup and kimchi (which is also for sale at the Korean mart). 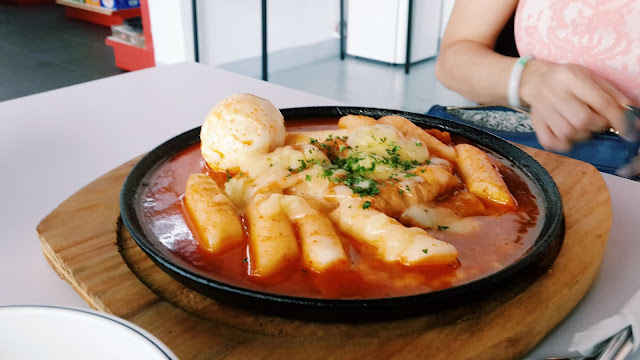 I am a huge fan of topokki, a soft, chewy rice cake and their version of it served on a sizzling hot plate with a spicy gravy topped with gooey, melted cheese was delectable. There was a also a hard boiled egg and slices of fishcakes. 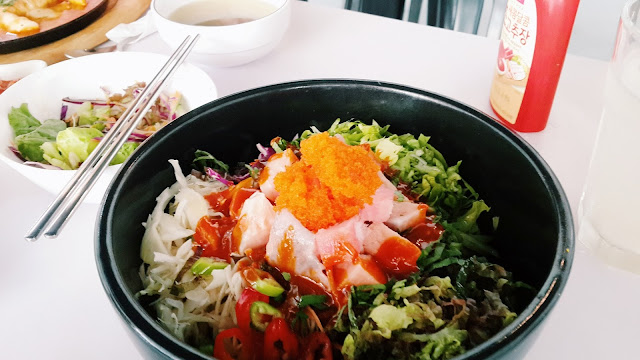 Hubs opted for the sashimi bimbibap (RM20) and couldn't stop raving about how yummy and healthy it was. There were generous tuna and salmon chunks served on a bed of rice dressed with sliced greens, fresh chillies and fish roe. The owner also served a bottle of Korean hot sauce and told us to splash on more if we liked it to be more spicy/sour - which we did. 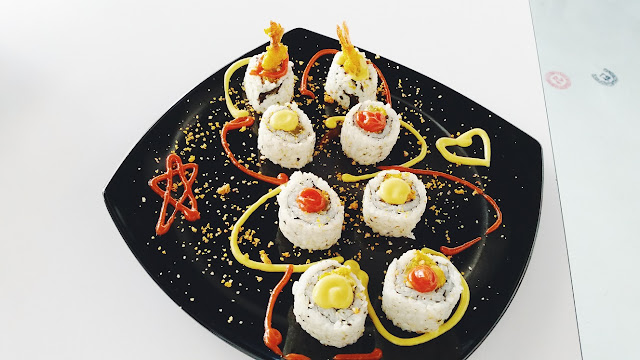 Given that Bubs didn't really like spicy food and we're hesitant to let him try raw fish yet, he had a fried prawn sushi roll. He liked how cute the plate was decorated ;) Hubs and I thought it was nice but nothing to shout about - the rice wasn't as well seasoned as Japanese restaurants - though on hindsight, that might actually be a good selling point as a kids dish. 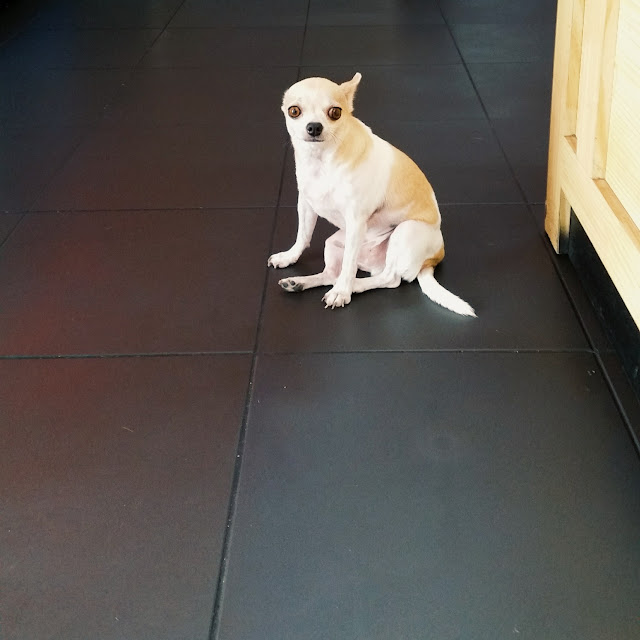 Meet Toto, the owner's pet and the most adorable lil fella ever. When Bubs and I first saw Toto, we were confused and thought that it was a cat - it was that tiny. Hubs laughed at us and pointed out the dog's muzzle. Bubs solved the confusion by calling it Cat Dog.