Last week, Penang hosted an Eat Rite Heritage Celebration right in the heart of Georgetown. Some of the small roads were closed to vehicles so people could walk freely, participating in the various cooking and handicraft workshops that dotted the streets. My uni bestie Jess tagged along with us and we had so much fun together exploring the colourful celebrations of our multi-cultural community.

We started along Little India where there were multiple hands on cooking stations set up. The volunteers were very passionate and fluent in multiple languages. Tourists and locals had a chance to try their hand at making some of the local delights - which I admit, some of them were so unique, we'd never seen them before. 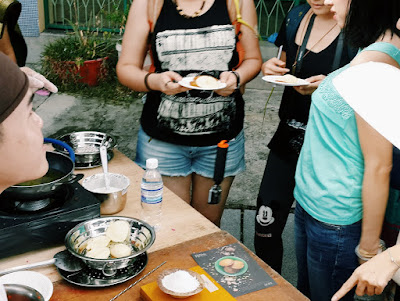 This was the vellai paniyaram, a puffy, pillow shaped fried dough that's in between a pancake and a doughnut. I was too gung ho when placing the ground rice and dhall batter into the wok filled with hot oil and everyone around me took a step back when the oil splashed out a little. Oppps ;) 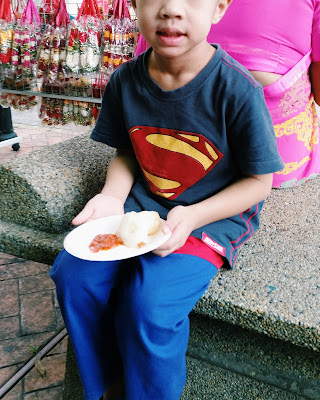 The volunteers were generous in dishing out both food samples and printed leaflets of recipes and fact sheets. It drizzled for a bit then so we sought shelter under the awnings of some shops while the volunteers temporarily shut down operations until the weather cleared. 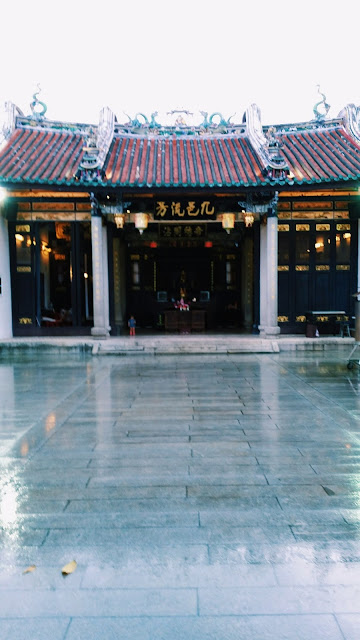 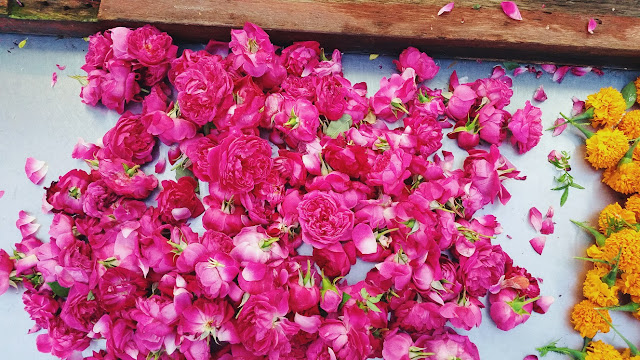 People thronged the streets and at every corner, there was something interesting to see or do ... or snap a picture. 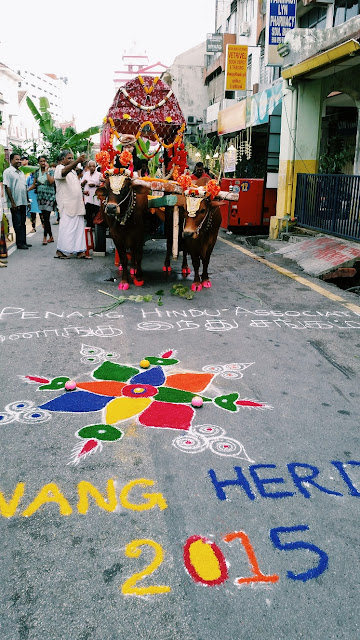 There was a traditional bullock cart ride where you could pop a turban on and sit at the front. 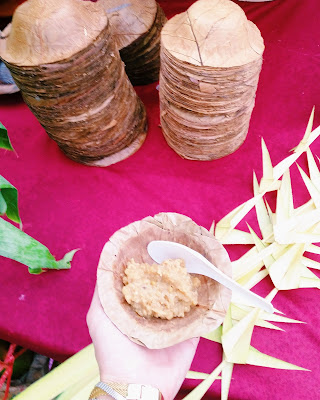 We sampled ponggal made from claypots over a burning fire cooked right in the middle of the road. I found these sustainable and disposable bowls made from leaves really fascinating. 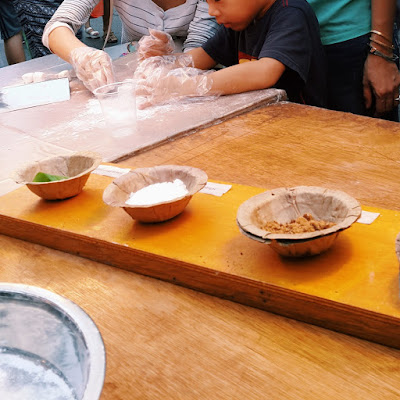 Bubs was as happy as a clam when he got the chance to make some hooi lye ee (a traditional Teochew square shaped rice dumplings). The volunteer explained that a square shaped ee represented the four corners of land. Hubs, who's proud of his Teochew heritage, had never seen this before and was immensely fascinated. I can foresee this is something both of them would be keen to try out during this year's winter solstice ;) 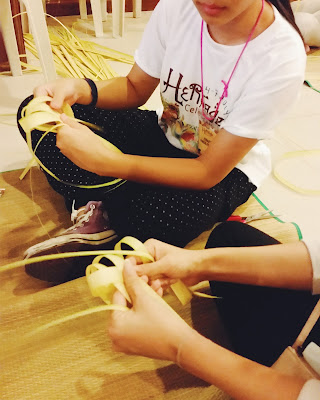 I blame Bubs for abandoning poor Jess. He was adamant that he wanted a ketupat and I eagerly said Jess would sit with him and learn how to. It turned out that ketupat making is a whole lot more complicated than it looked and you need to loop and weave the coconut fronds with a high level of dexterity ... in the end, Hubs wandered out for a sneaky cup of teh tarik, Bubs and I wandered down the streets while Jess was still sitting cross legged trying to figure it out. 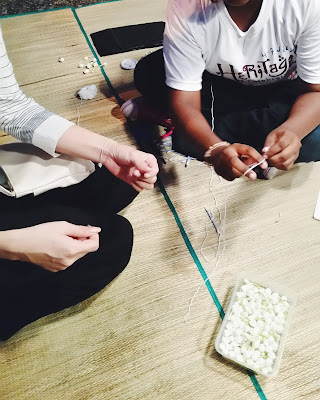 Jess was hooked onto the whole handicraft thing. She found an Indian flower garland making stations where she was taught to knot jasmine buds into a simple garland. The volunteers were incredibly patient and repeated the demonstration until the participants got it. 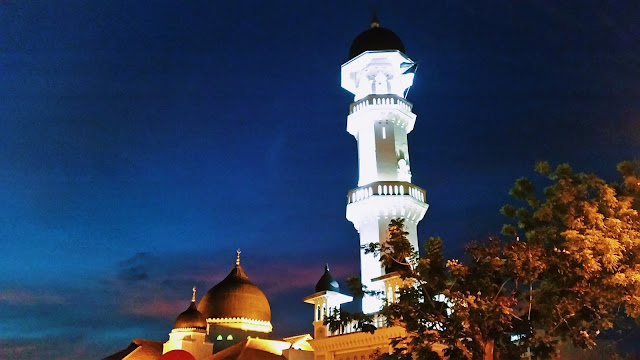 By that time, night was descending and we were all weary from the amount of walking we'd done. Can't wait for the coming Georgetown Celebrations!
Posted by The Nonya at 12:39 PM