Ever since Penang implemented its no plastic bag campaign, some supermarkets were kind enough to leave empty cartons near the cash registers for shoppers. Hubs had been complaining about the pile of empty boxes in our home so I put it to good use by following this post. It incorporates a few of Bub's favourite things: marbles, paint and mess - not necessarily in that order.

The idea is uber simple and works perfectly for children that don't want to sit still and paint. Plus, you get to explain some scientific stuff about friction, slopes and velocity.

You'll need:
Marbles
Paint
Paper
Large box (you could use a shoe box too) 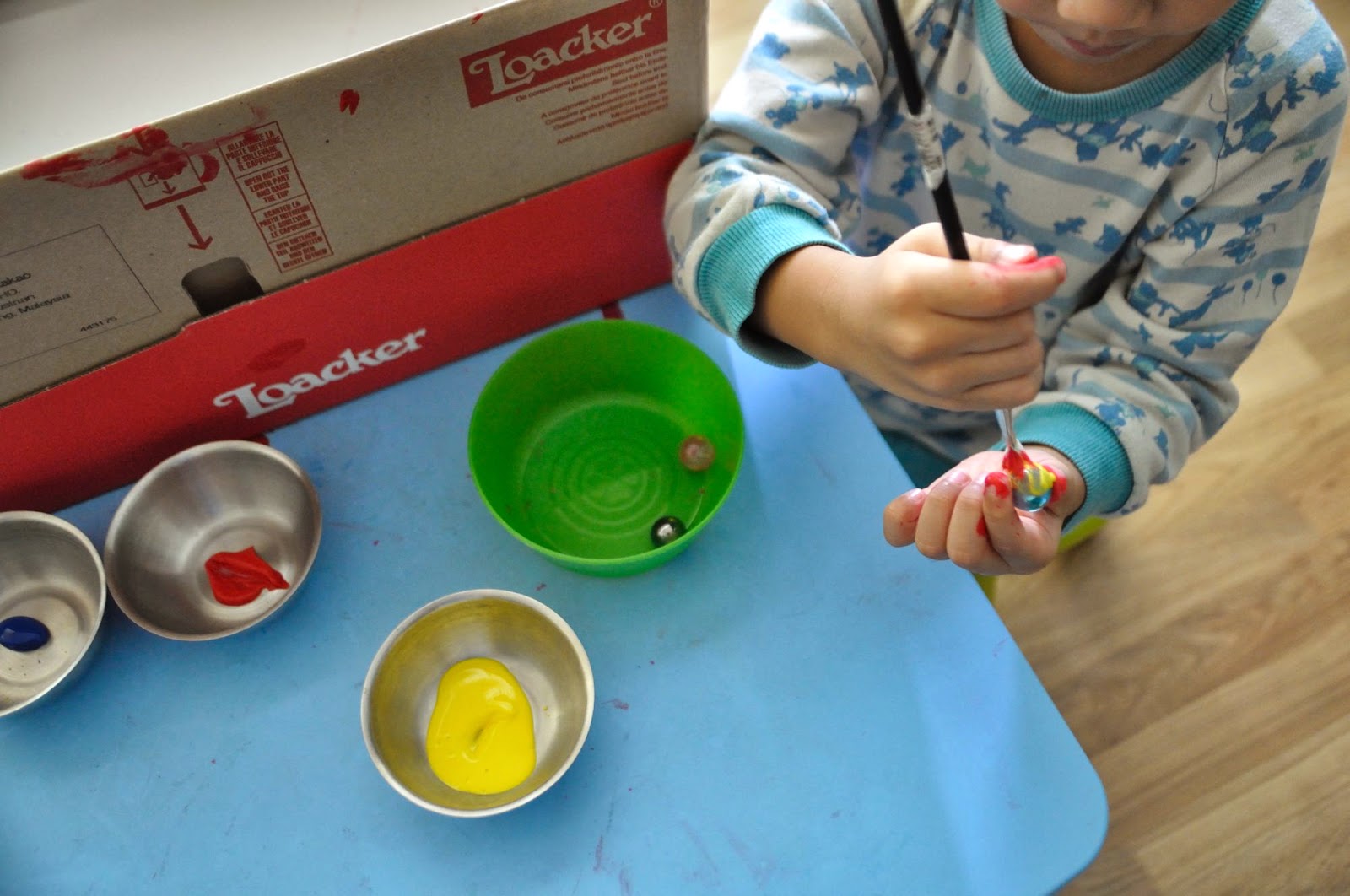 Bubs started out by placing a sheet of paper in the box and then painted a marble. 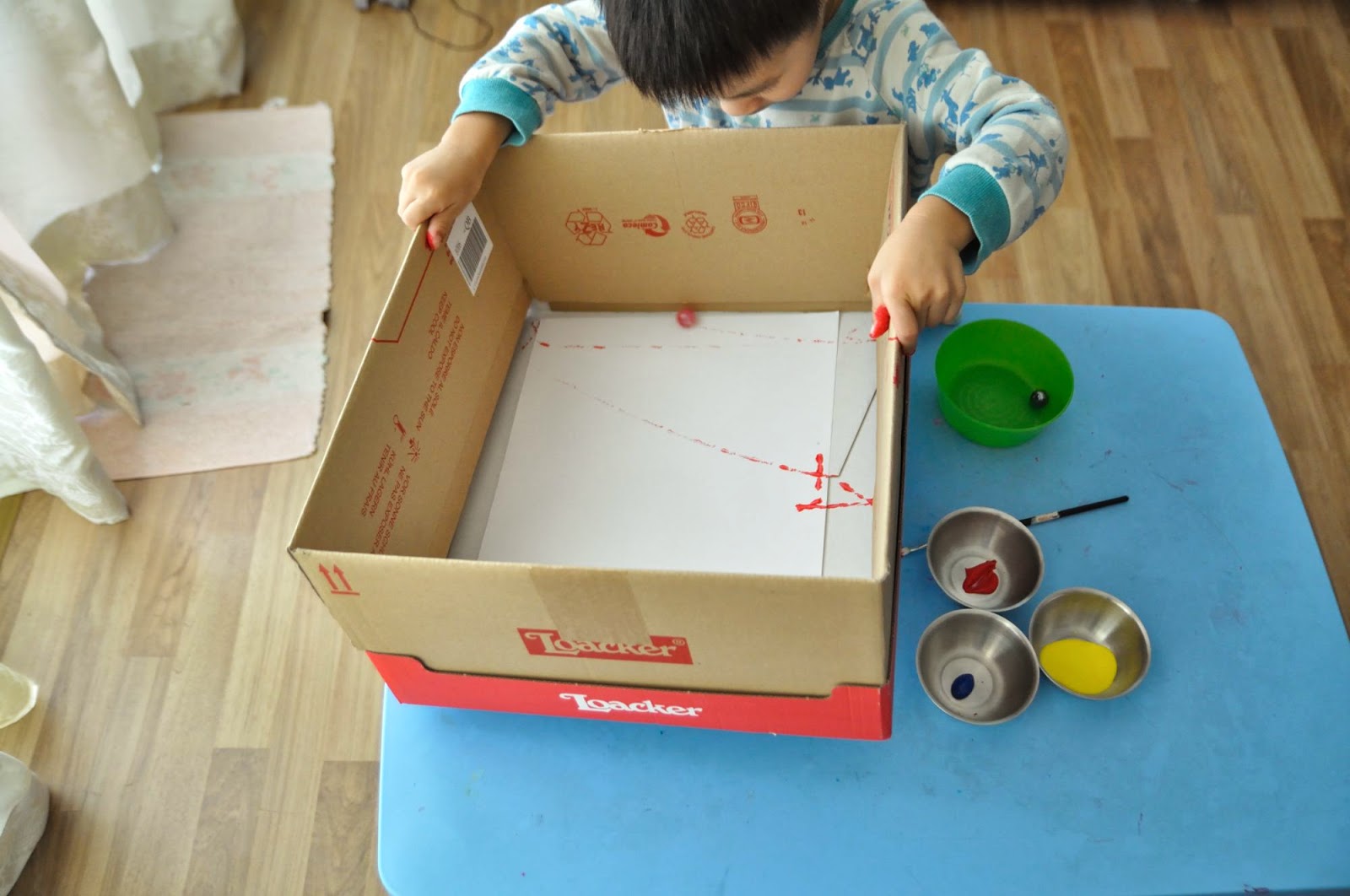 He then rolled it around in the box and was instantly amazed by the "tracks" it left behind. 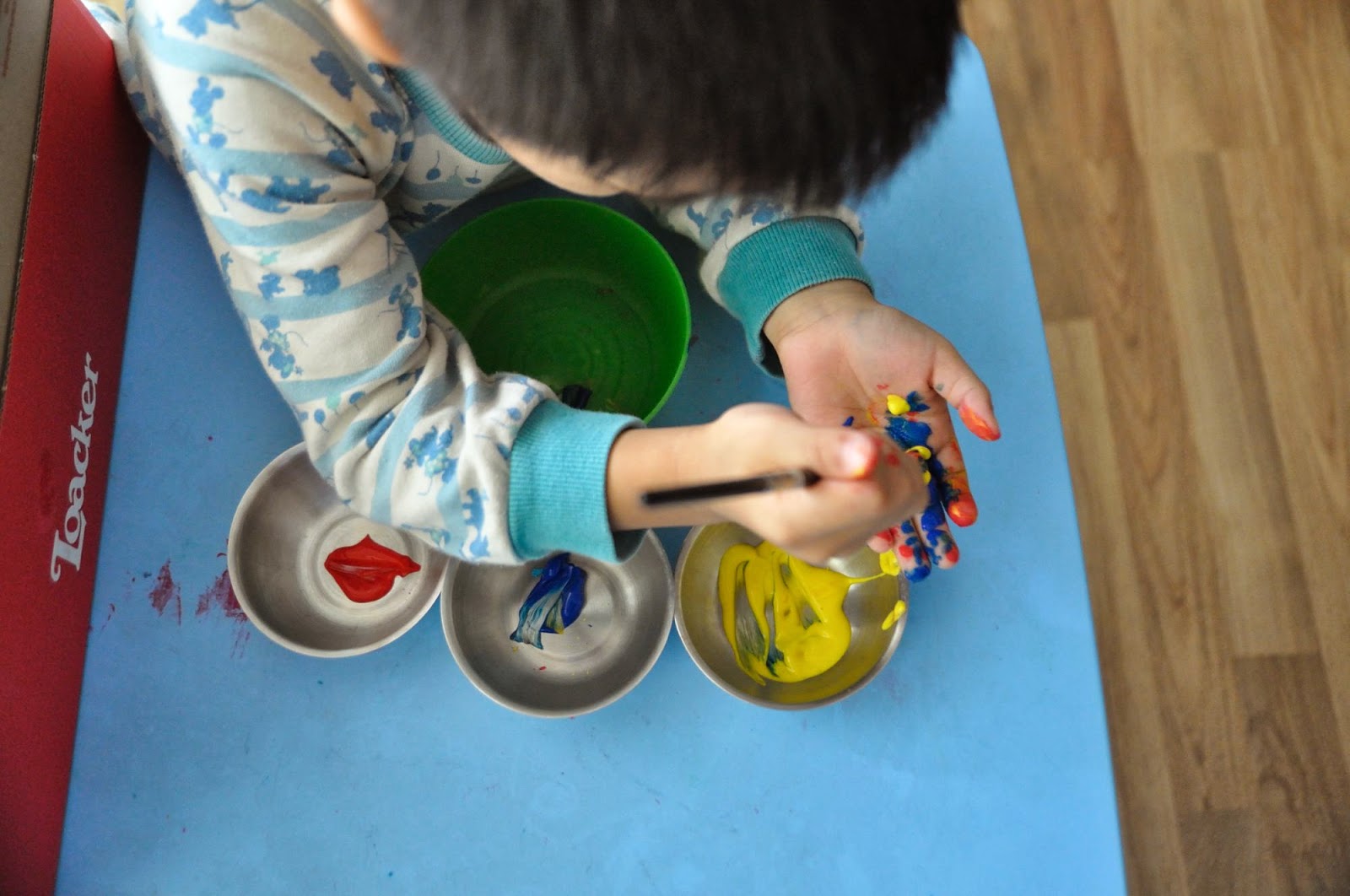 He got excited and painted more colours and experimented with multiple marbles in the box. 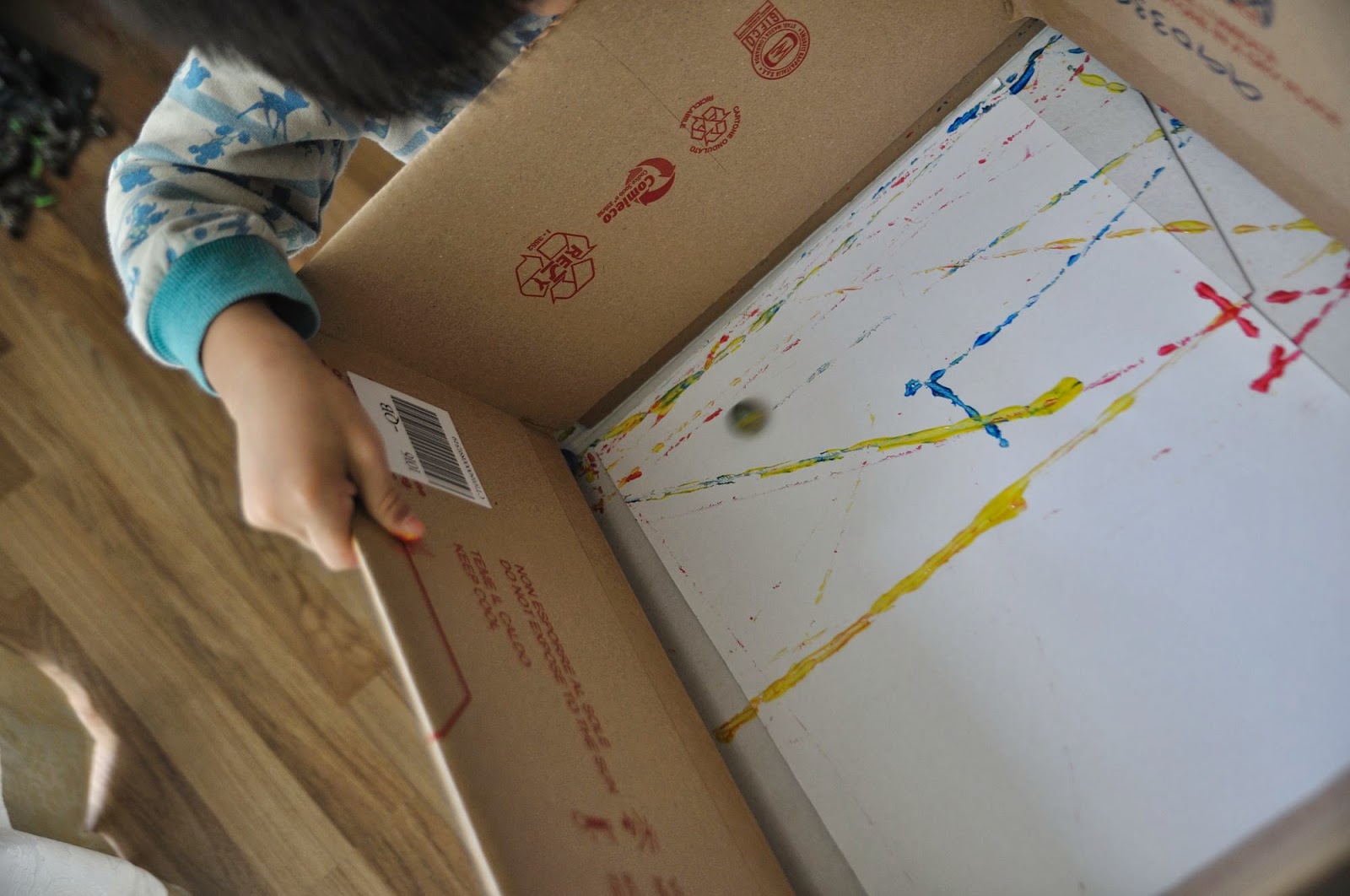 Looking at how they whizzed around the box. I almost felt like singing rollin' with my hommies, but realised the movie Clueless is almost 2 decades old ;) 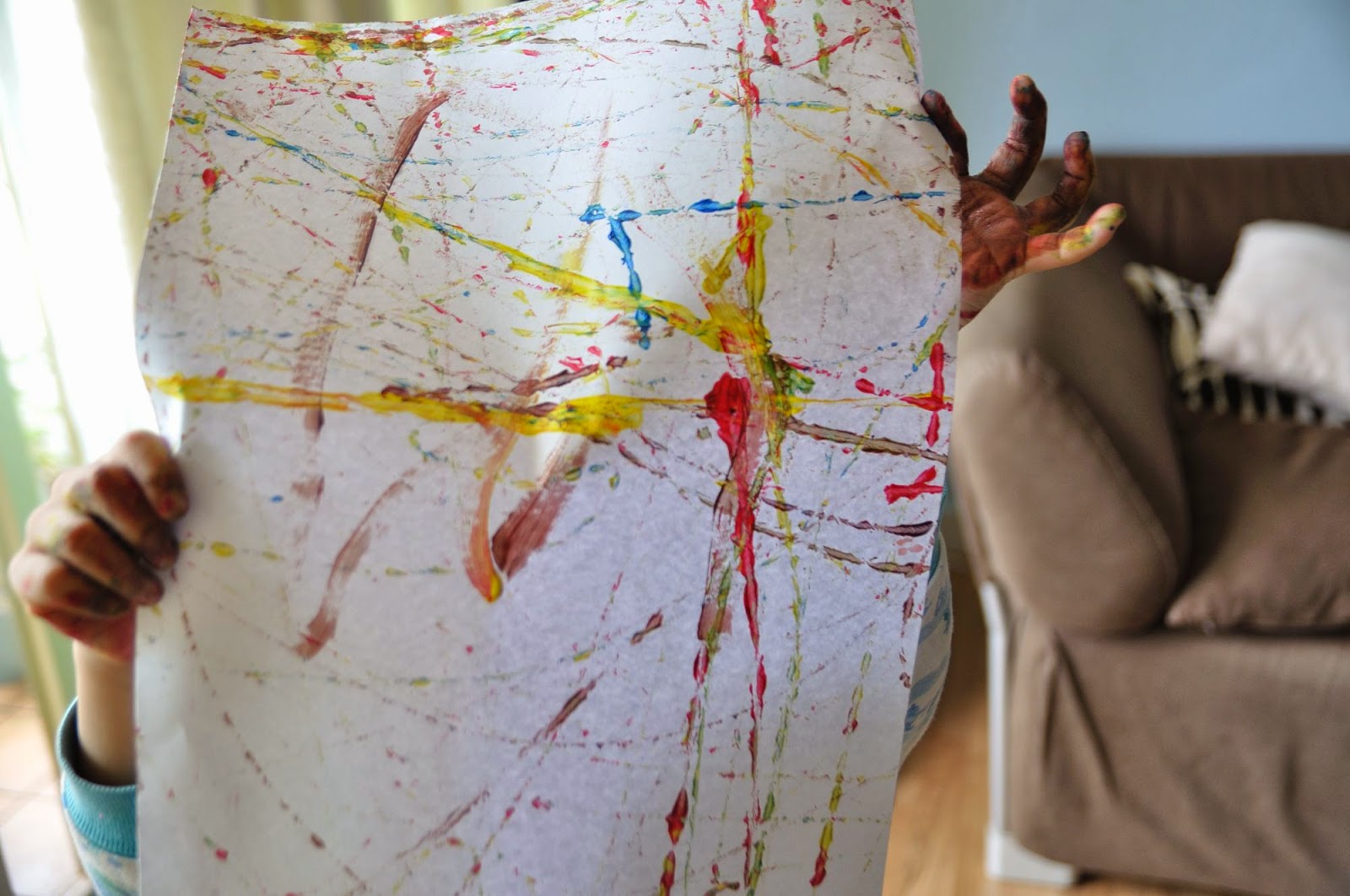 Proudly holding up his artwork with his sludgey-looking hands.
Posted by The Nonya at 9:08 PM