We stumbled upon K-Pot by accident after our favourite Japanese restaurant around the area was closed. While browsing through its menu by the door, we spotted a few Korean families going in so it looked promising. Plus there was a huge sign on the wall stating that they don't use any MSG or preservatives. 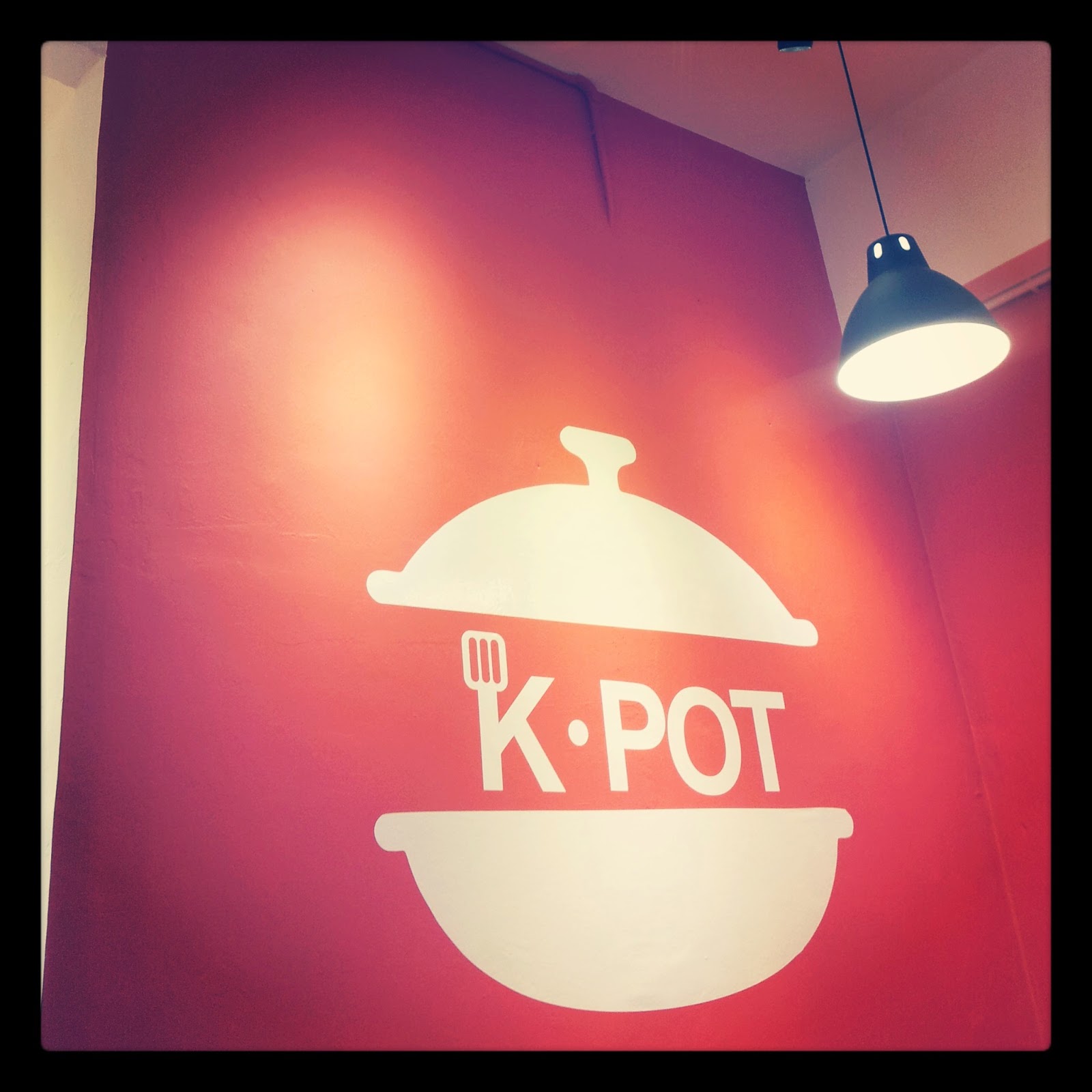 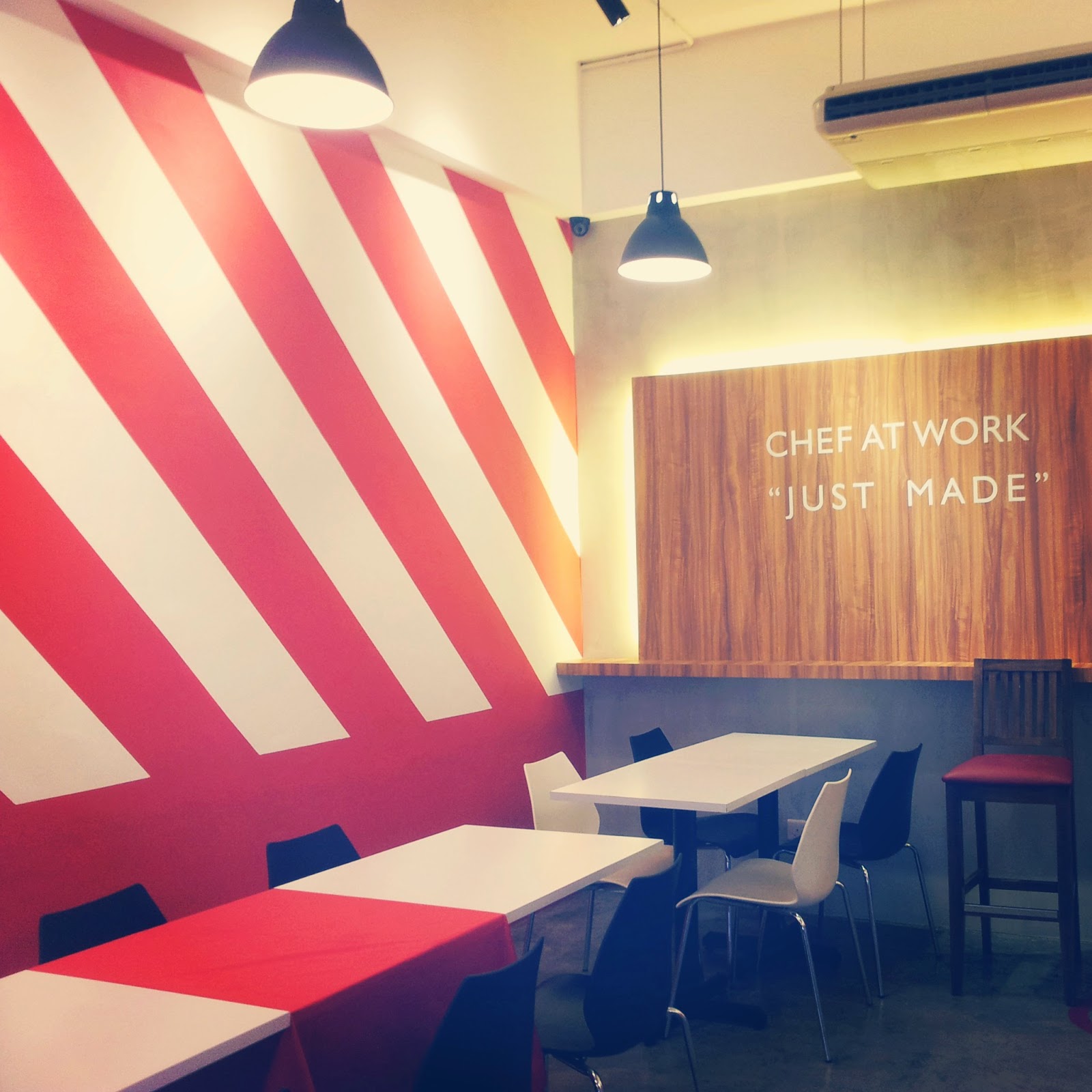 The bright and cheery interior which can comfortably seat quite a number of people. 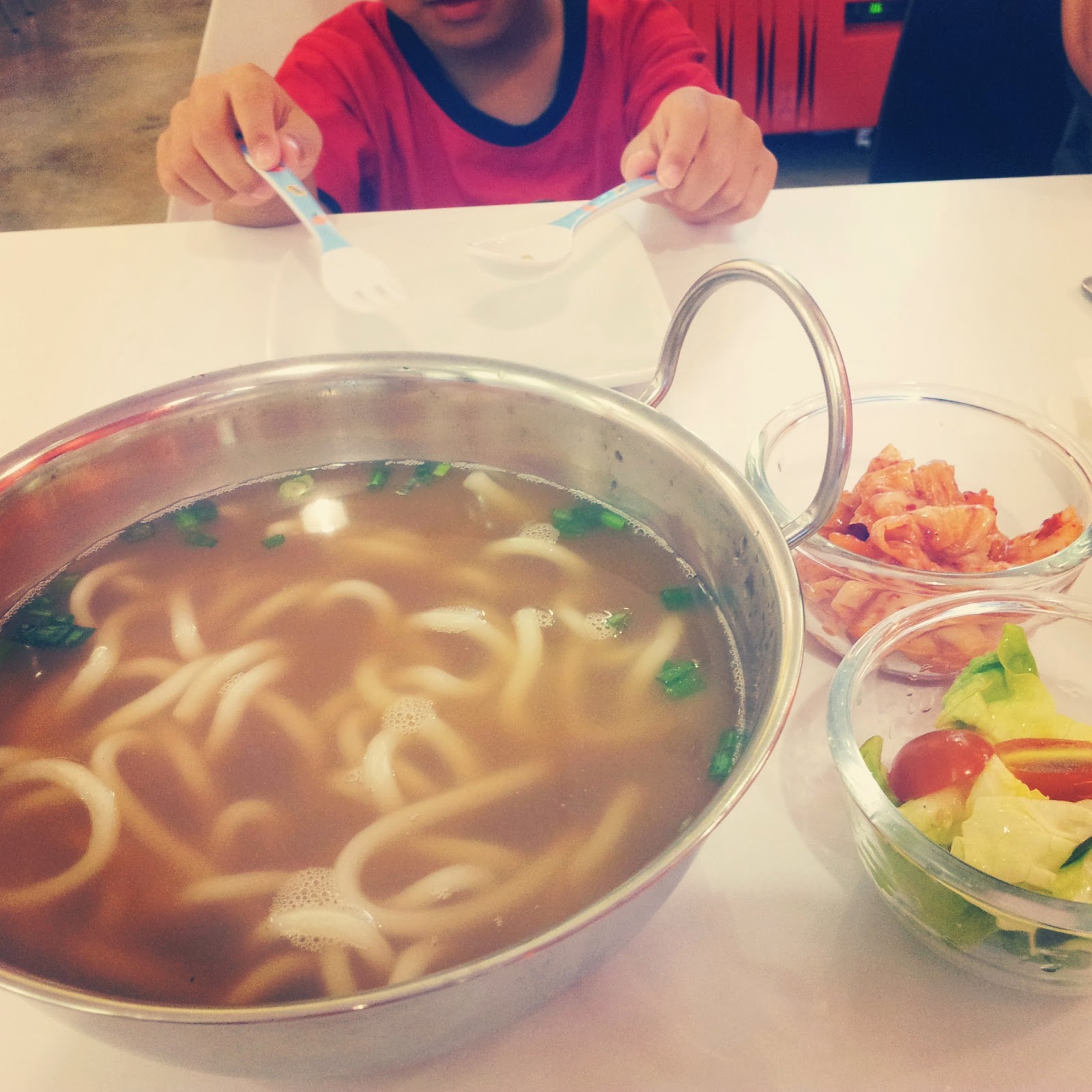 The owner was helpful in recommending dishes for us as we aren't very familiar with Korean food. All of the food came served with a small dish of kimchee and fresh salad, plus iced rice tea is free and you get a tall beaker of it. The udon (RM9.50) was for Bubs and served piping hot in a clear broth that was flavourful. If a sprinkle of seaweed could be added in, it'd be the perfect dish. 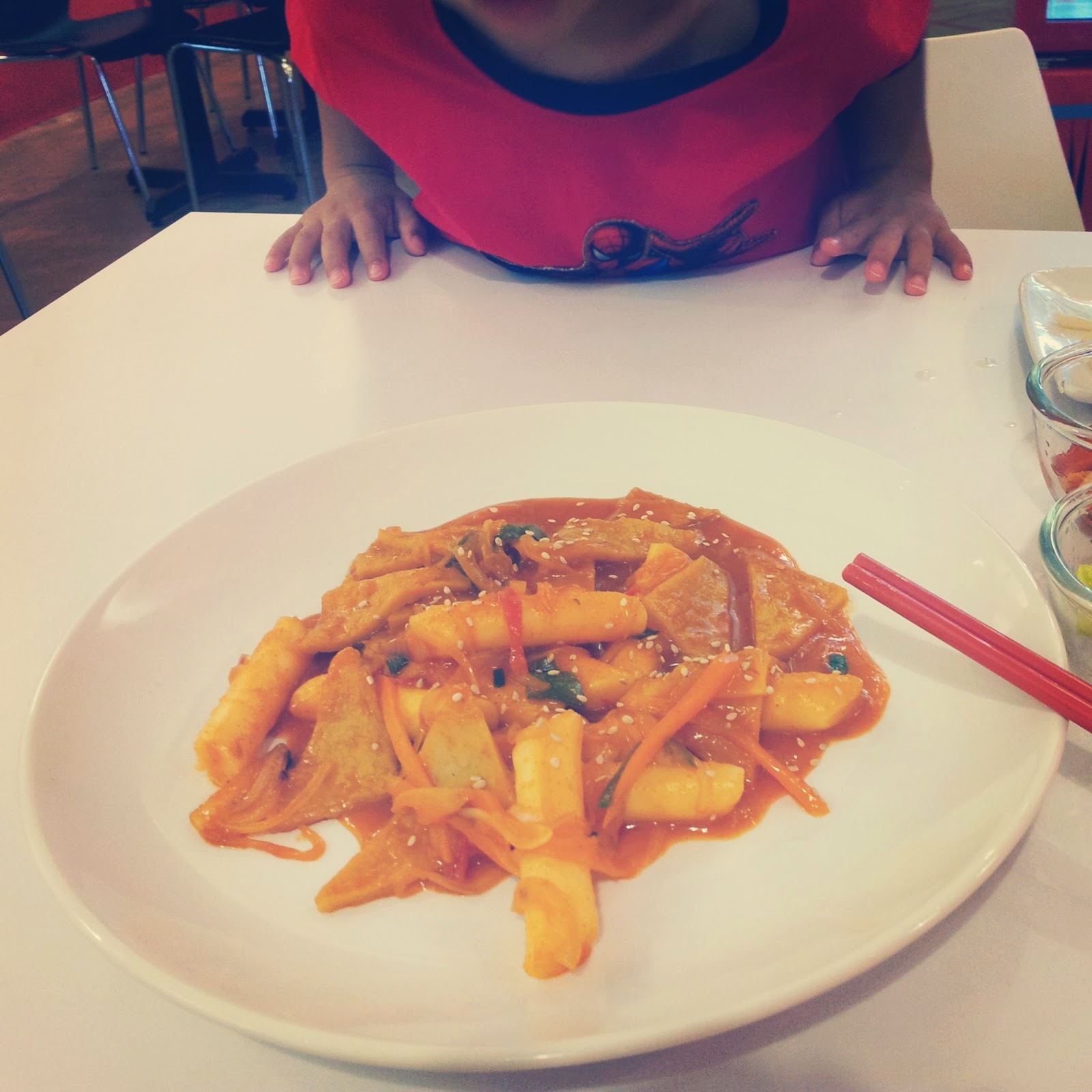 The K-Pot topokki (RM12) came with julienned carrots, fish cakes and topped in a sweet and spicy sauce. I thoroughly enjoyed it, the topokki was fresh and chewy and although I initially complained it looked small, the soft rice cakes were quite filling. Hubs tried some and broke out in a sweat: apparently I'm so used to eating fiery hot chillis, I never realised it was that spicy. 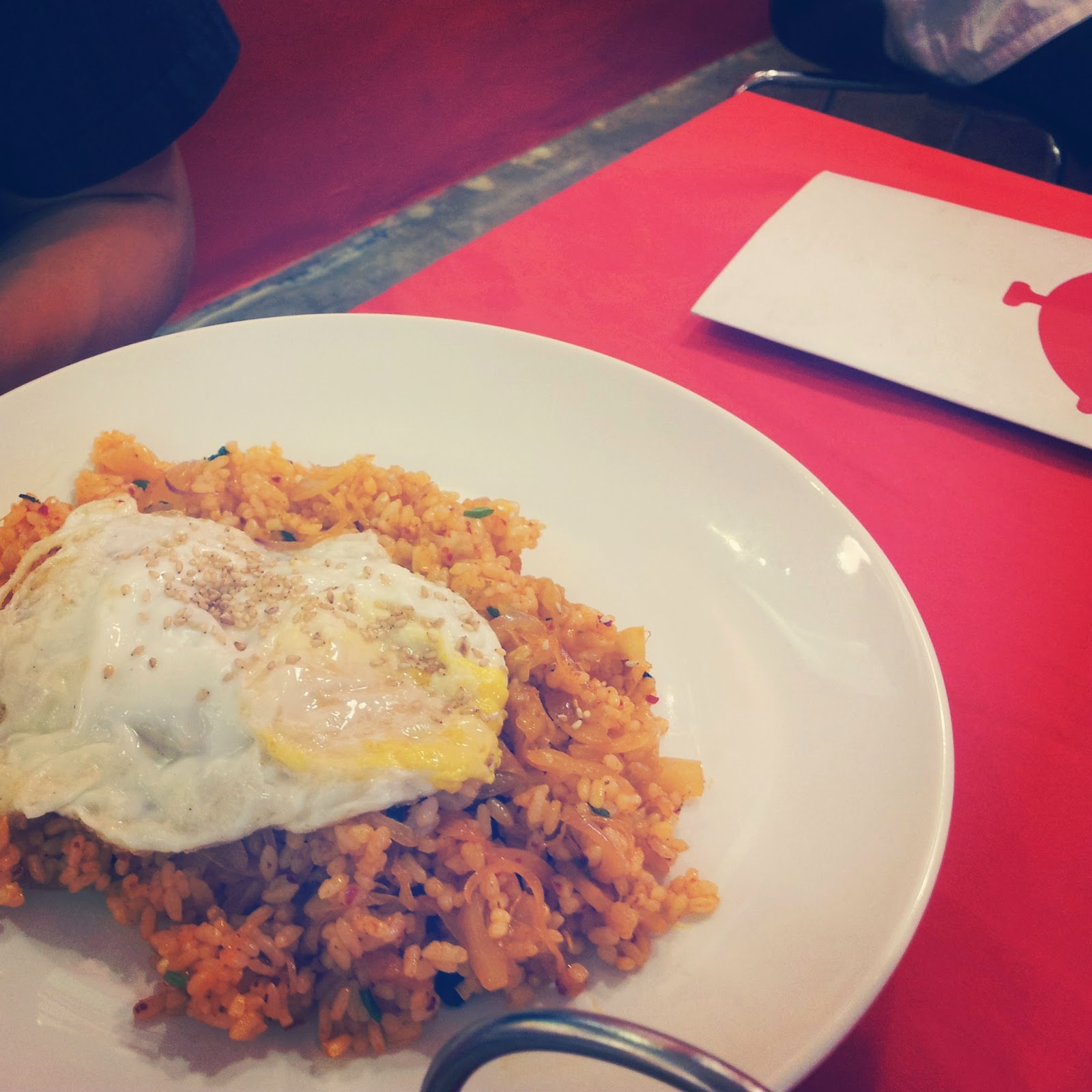 Hubs had the kimchee fried rice (RM14.50) which at first glance, looked boring but it wow-ed both of us. The tangy, crunchy kimchee was a nice accompaniment to the smoky fried rice and this really tasted home cooked. 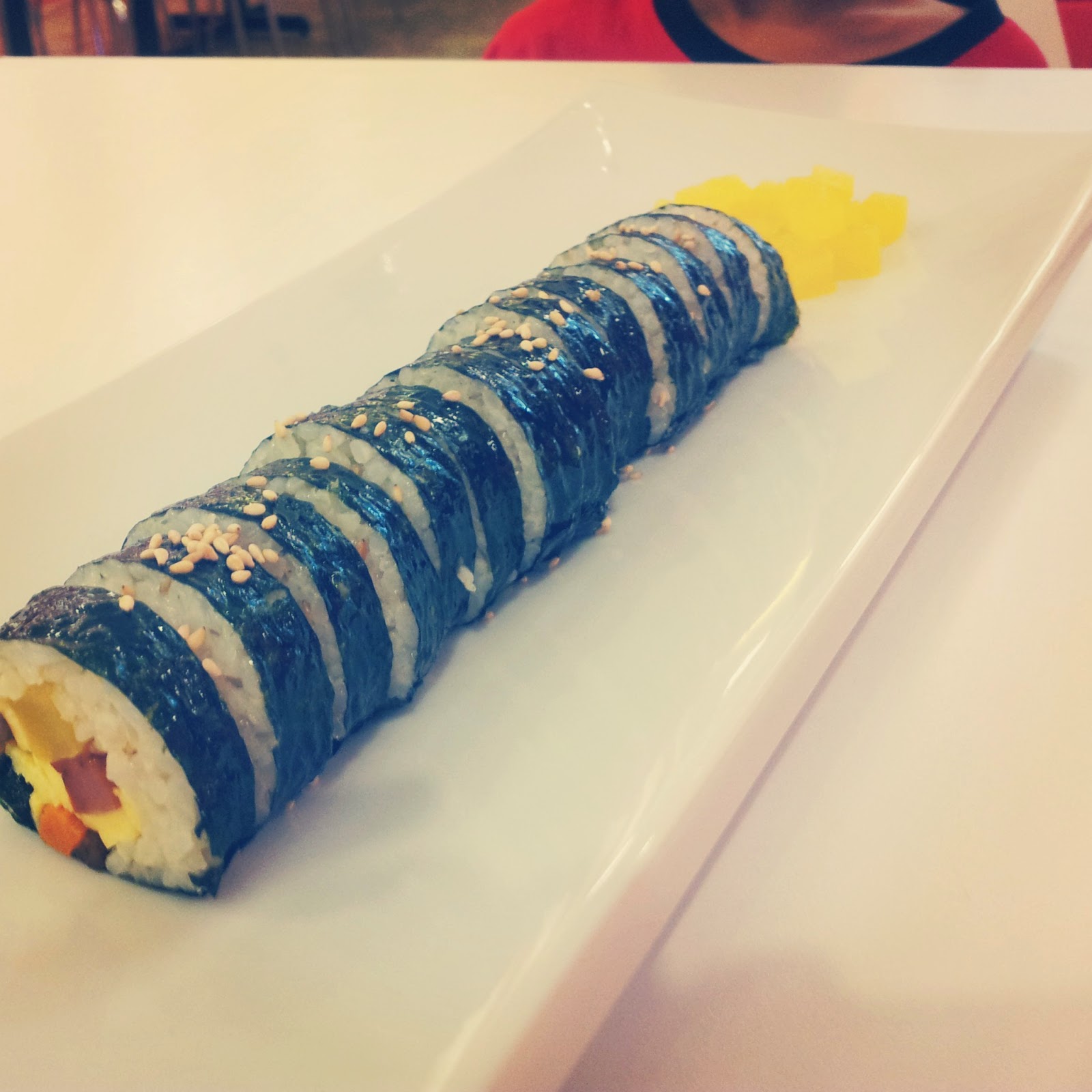 As Hubs was ravenous, he ordered the cheese kimbap which was like a Japanese sushi roll but without the wasabi. It had preserved raddish for a nice crunch though Bubs made a face and poked it out. To my delight, K-Pot also has a bunch of Coca Cola in - check this out - glass bottles, that's right, just like old times and I was allowed to bring the glass bottle back, yayyy for little bits of happiness :D

There was a table of Korean high school students next to us and I was fascinated with how polite they were. When one of the restaurant owners came in, all of the students immediately stood up, bowed and greeted him. Talk about manners, I'm impressed!

We thoroughly enjoyed ourselves at K-Pot given that the portions were decent and prices very reasonable. The dishes were simple, nothing fancy but has that pleasant, home cooked vibe. A bonus point was the incredibly friendly and kid loving owner that played with Bubs and even gave him free lollies.