I was practically salivating after seeing all the gorgeous photos of melting raclette taken at The Little Journeyman Cafe, so one fine day, I persuaded Hubs to take us there for a pre-dinner snack. It was a little tricky to find but thank goodness for Waze. 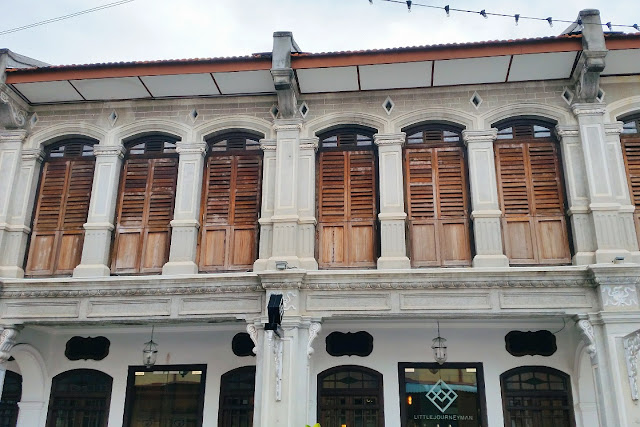 It's tucked in a tiny lane, within the same meticulously restored heritage houses as the Musuem Hotel, offering simple but delicious quick eats such as pastas and small bites like toasts and fries. 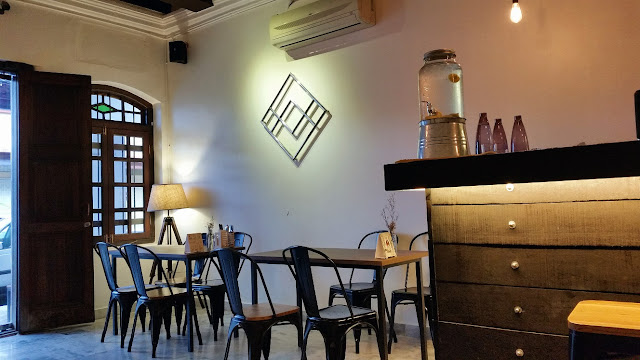 The inside of the cafe is sleek, minimalist with only a few tables set up but thankfully, it offers air conditioning plus wifi. We were there pre-dinner so there wasn't too much of a crowd. 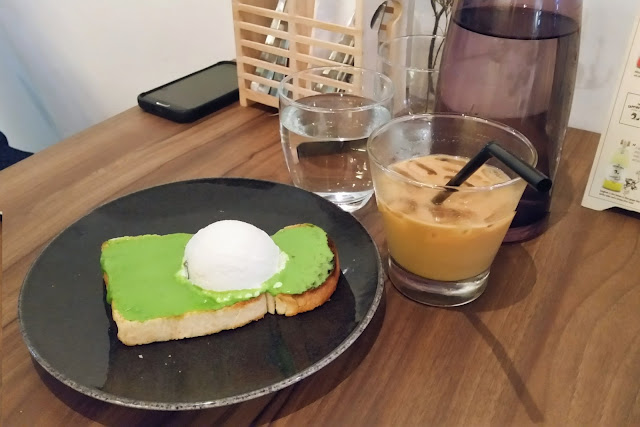 Bubs picked the matcha toast (RM5) and we added a scoop of alcohol-infused rum and raisin ice cream (RM5) on top of it. Hubs also had the salted caramel latte (RM13). Hubs peered doubtfully at the slab of bright green toast and helpfully pointed out that it looked like something out of Shrek. 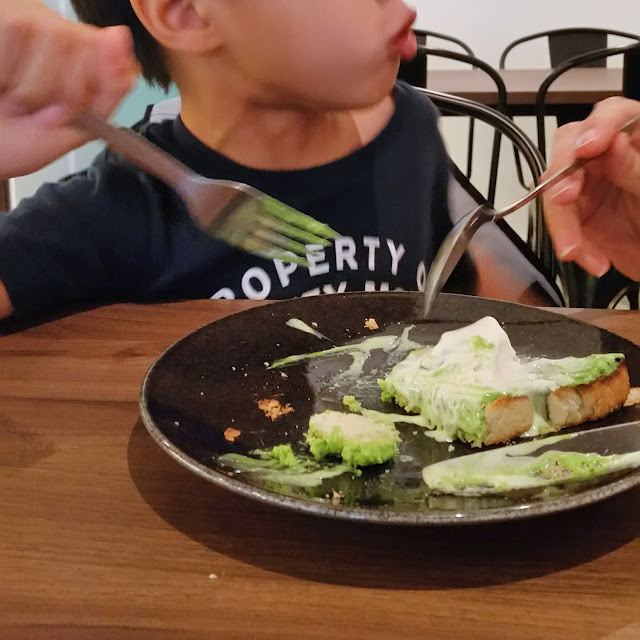 The toast was an slice of white bread with a generous spread of matcha that Bubs thoroughly enjoyed. Hubs gave the excuse that alcohol spiked ice cream is bad for kids and quickly polished that off before Bubs could even have a try. 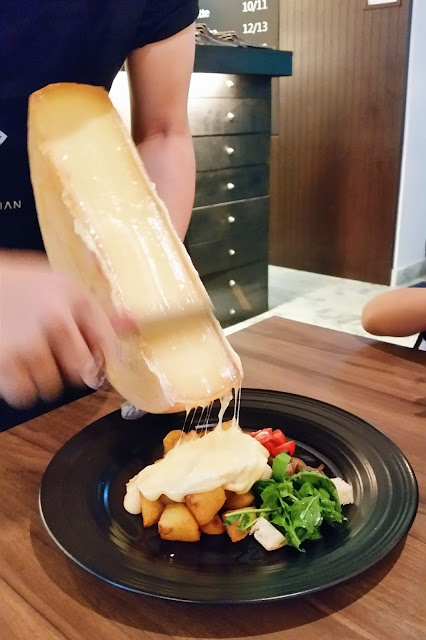 The star dish at the cafe was the raclette on crispy potatoes (RM25). There were also little chunks of bread, a handful of cherry tomatoes, mushrooms and some rocket tossed in balsamic. The highlight is the waiter slicing warm raclette cheese onto the dish in long, creamy tendrils. The 3 of us perked up at the sight of the golden mound and eagerly dug in. It did not disappoint us at all. The flavour of the cheese was rich and complemented the cubed spuds perfectly. The potatoes were a little soggy and not as crisp as I would have liked them to be though the cheese more than made up for it.