Having seen a couple of awesome dry ice experiments for children (namely here and here), I was eager to try this with Bubs. If you're wondering where I found dry ice in Penang, I nicely asked for extra pieces from Baskin Robbins and the very kind staff willingly obliged :)

You'll need:
Some dry ice
Bowls to play around with
Water
Bubble solution (generous squirt of dishwashing liquid mixed with water)
Rag wide enough to rub over the bowl 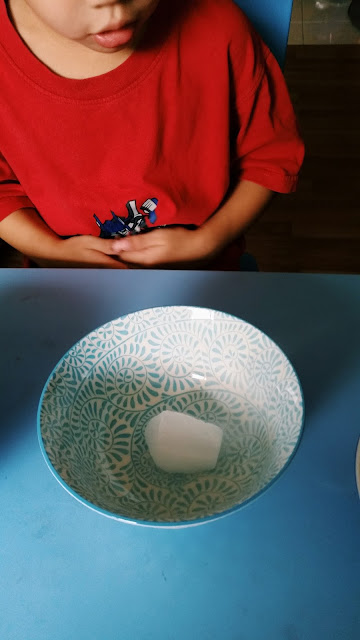 I popped the dry ice (do not touch it with your bare hands: always use gloves or tongs to handle it) into a bowl and it began to "melt". Instead of a pool of water, it disappeared into air. Bubs immediately went "Oooooh!" 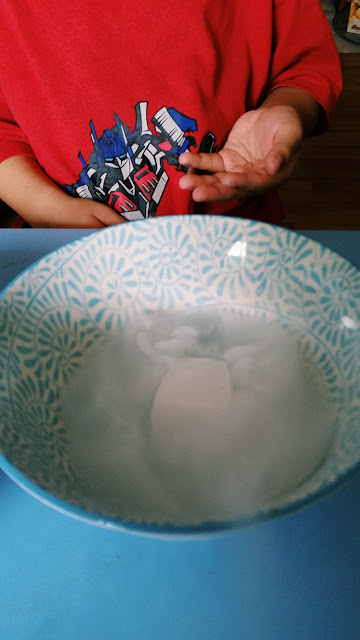 We then poured some water into the dry ice and Bub's surprise increased at the theatrical effect. "There's smoke!" he exclaimed. I showed him how he could wave his fingers through the vapour but warned him not to touch the the dry ice itself.

Dipping the rag into the bubble solution, I then rubbed the rims of the bowl around and across with it. Make sure the area doesn't have any strong breeze and I turned off the ceiling fan for good measure. Sit and watch the fun :) 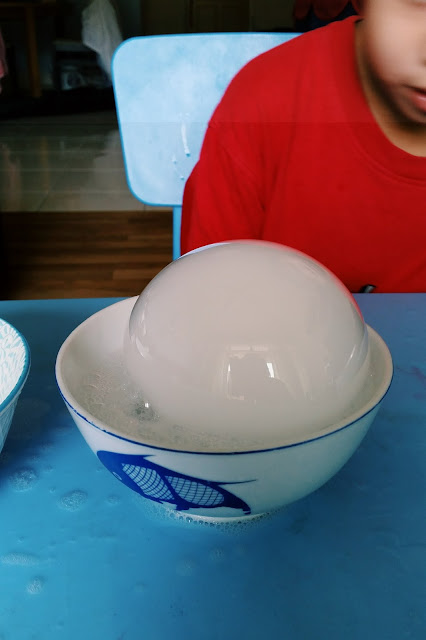 Bubs gasped loudly when a giant, milky white bubble began to form from the bowl.

Ye gads, What sorcery is this?! 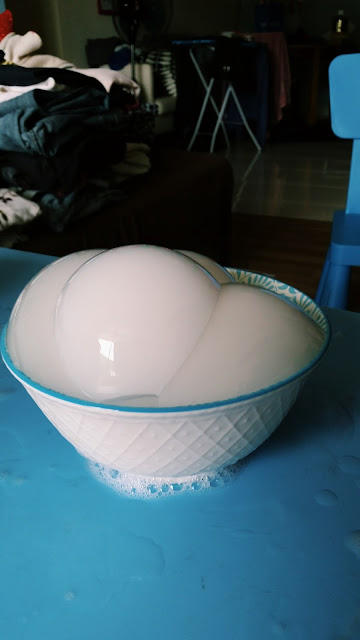 We then tipped over some of the bubble solution directly into the bowl with dry ice and watched as several bubbles began to form together. 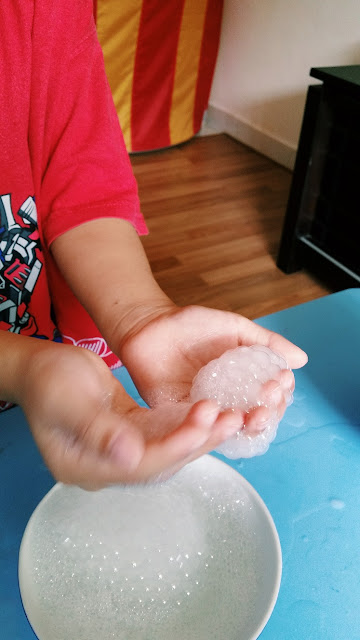 Bubs carefully scooped up the bubbles with his hands and squashed them, amazed as they vanished into little puffs of white vapour. I wasn't expecting this either and I had fun playing with him!

Some fun facts: dry ice is made from frozen carbon dioxide, which is why when it "melts", it disappears into the air.
Posted by The Nonya at 8:43 AM