I've always loved the Adventure Zone at Golden Sands ever since Bubs went there for a school trip. The place is M A S S I V E and adults can go in for free (as long as you're clad in socks, long pants - long sleeves optional but required for some of the scary slides). It is a fantastic workout for both children and chaperons, seriously, your muscles will ache in places that you didn't even know you had them plus everyone sleeps so much better at night. Snores guaranteed :D

As expected, Bubs went off at Little H's birthday party at Adventure Zone like a jet rocket.This time around, he was much bigger so I didn't have to worry about him much. 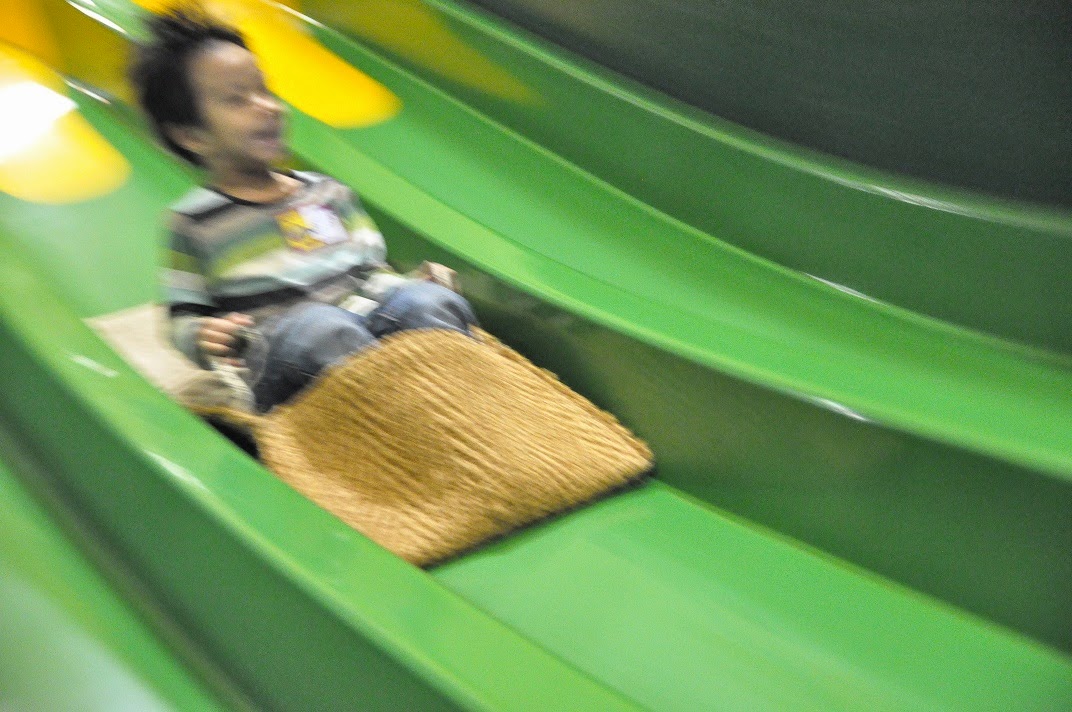 The toboggan was hands down the most popular with everyone: small and big alike! The bigger kids zipped down fearlessly, whooping with jubilee while obliging parents shared mats with the smaller ones. I'll admit, I'd a couple of goes on this myself and each trip down, I was squealing at the top of my voice. 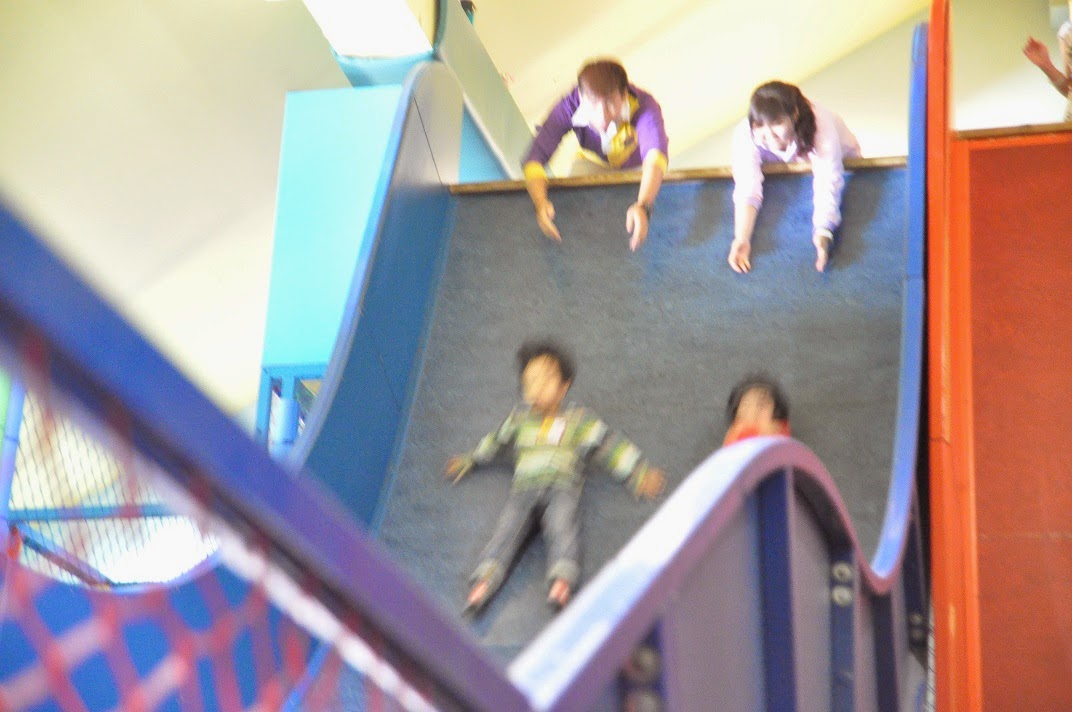 Little H was such a daredevil and Bubs followed suit. This was the super steep slide that they both went on fearlessly, gliding down at lightning speed. 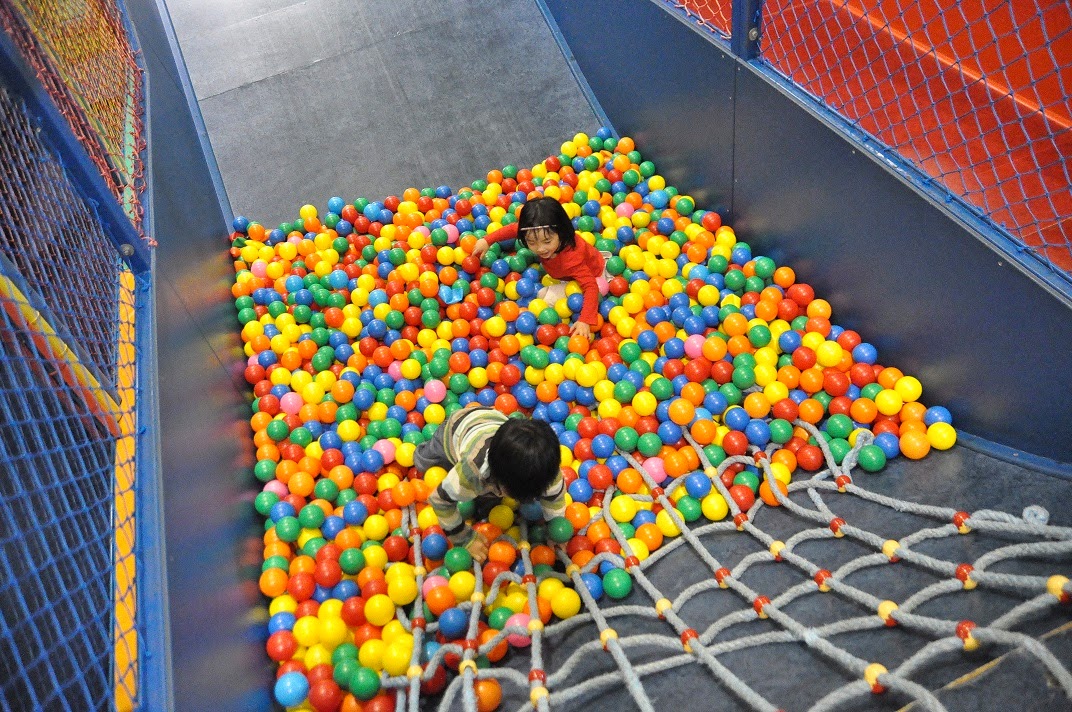 Wheeeee ... and off they landed into a colourful ball pit.

Thank you so much for inviting us, Little H!
Posted by The Nonya at 6:57 PM