To KL Here We Go!


I find that no matter how many days we slot for meeting friends, trying out new eateries and stimulating the economy (ahem, mainly my part) ... It was an excellent trip, filled with friends, food and many giggles. 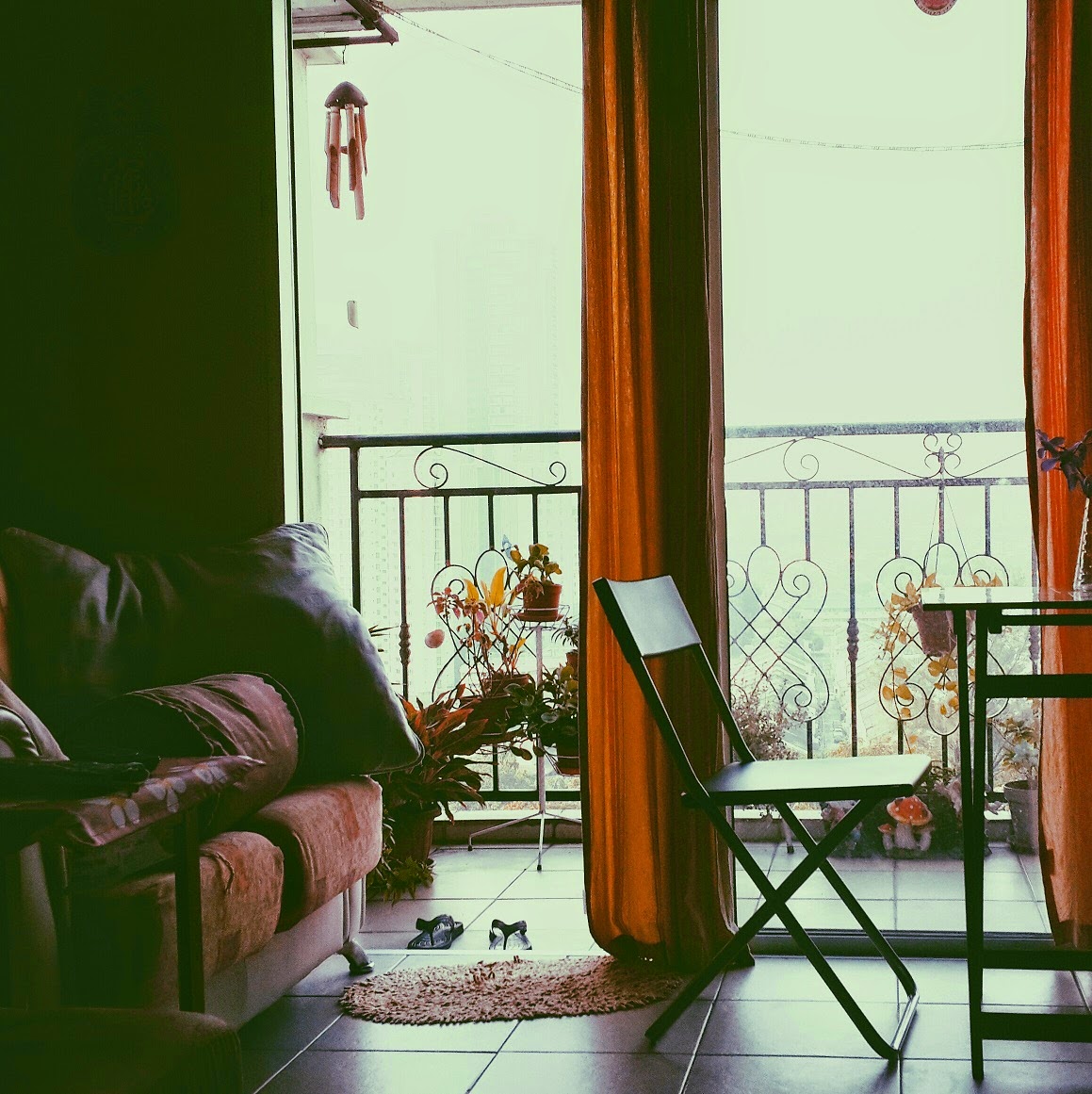 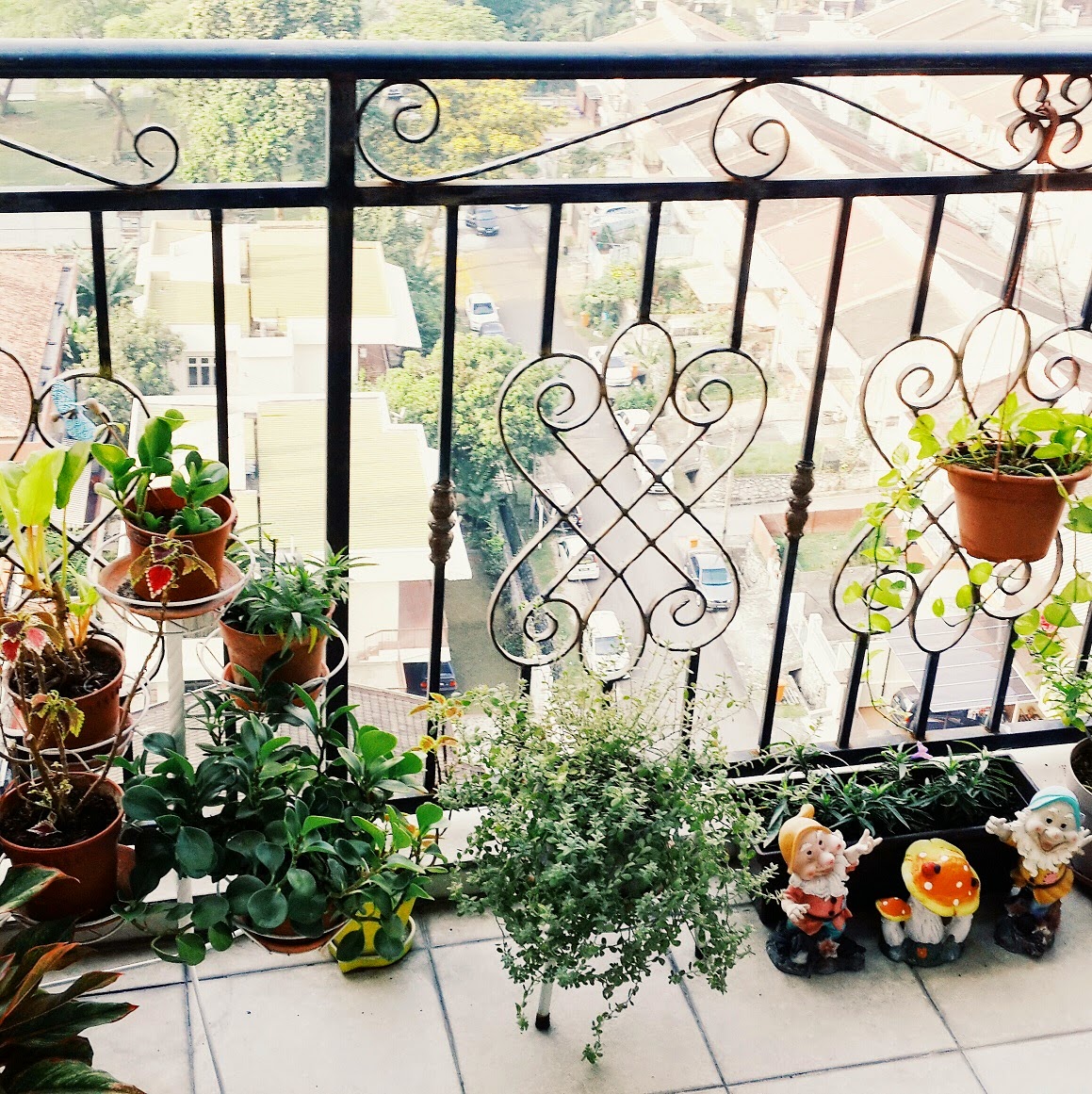 We took up Fairy Godma's offer of staying over at her place for a night (probably something she regrets now *tee hee*) and fell in love with how cosy, whimsical and inviting it was. Bubs immediately pounced upon the many books and jigsaw puzzles she had. Did I mention that she even went through the trouble of even getting different types of milk: fresh/soya and freshly ordered goodies from a home baker (divine lemon rind bread) for us? 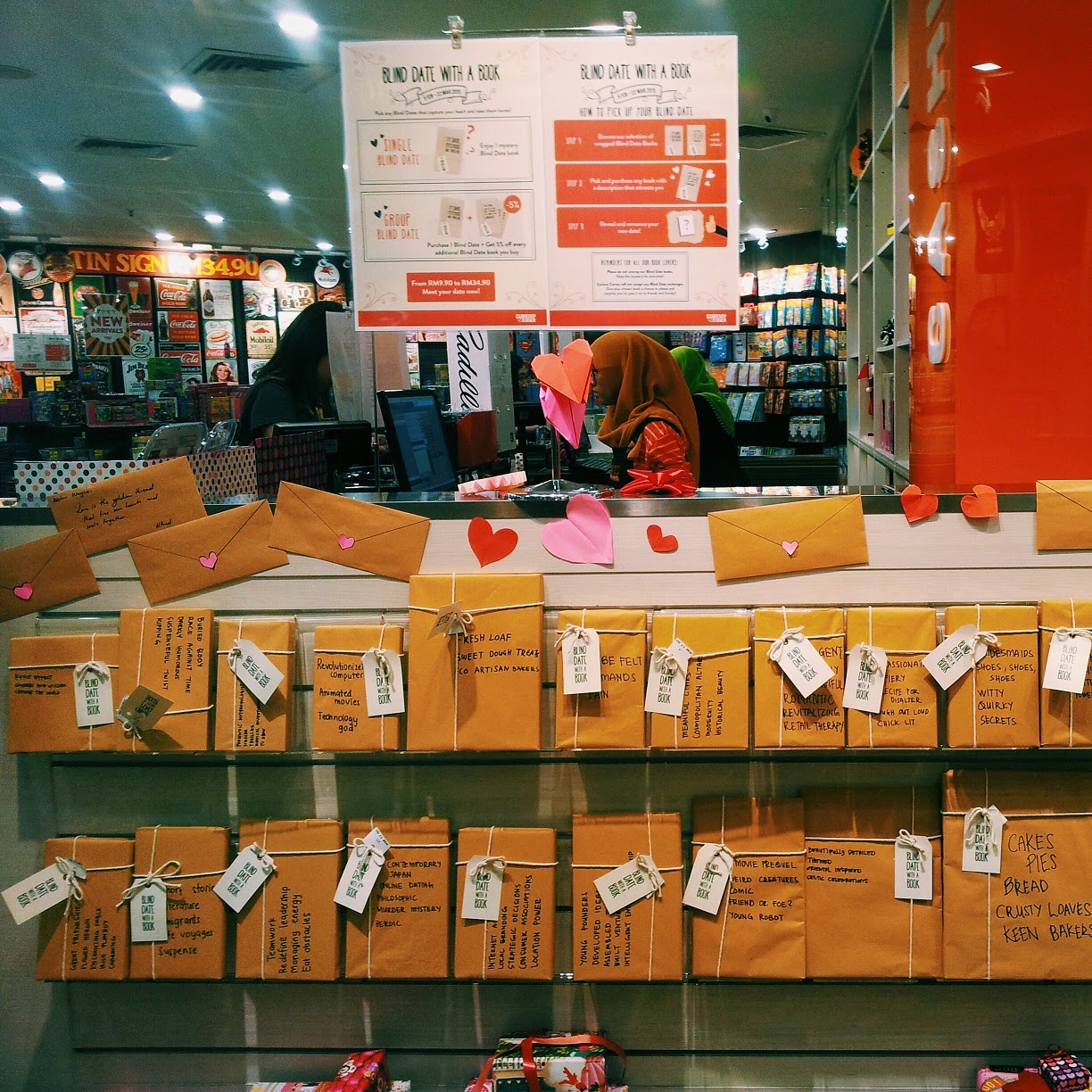 Fairy Godma whisked Bubs and me to the famed BookXcess at Amcorp Mall. If you thought I couldn't have gotten anymore books after the heavy damage I did to my Hubs' wallet, that's just plain, wishful thinking ;) I kept squealing to Fairy Godma over how low the prices of the books there and she kept hissing at me to behave. 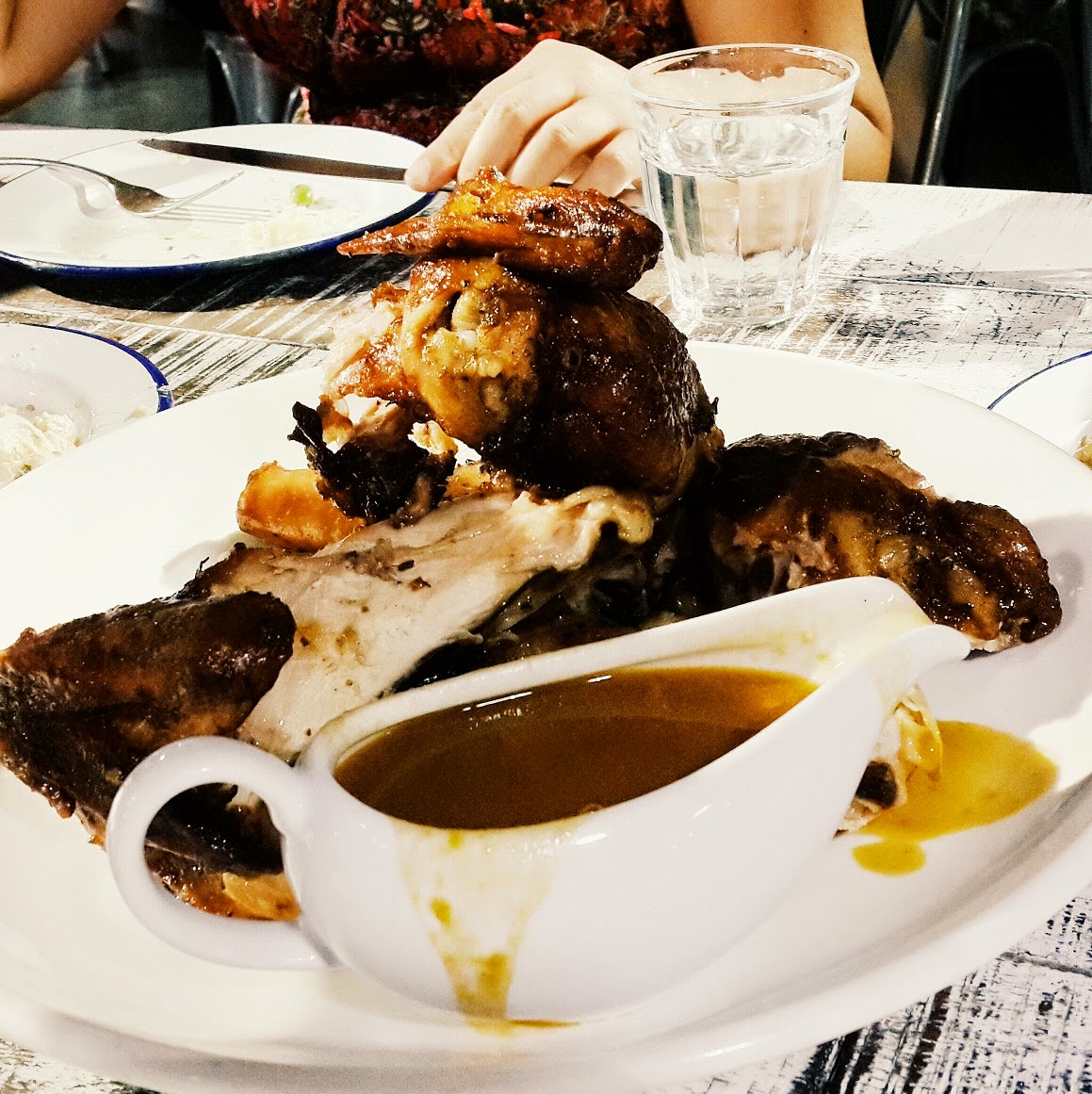 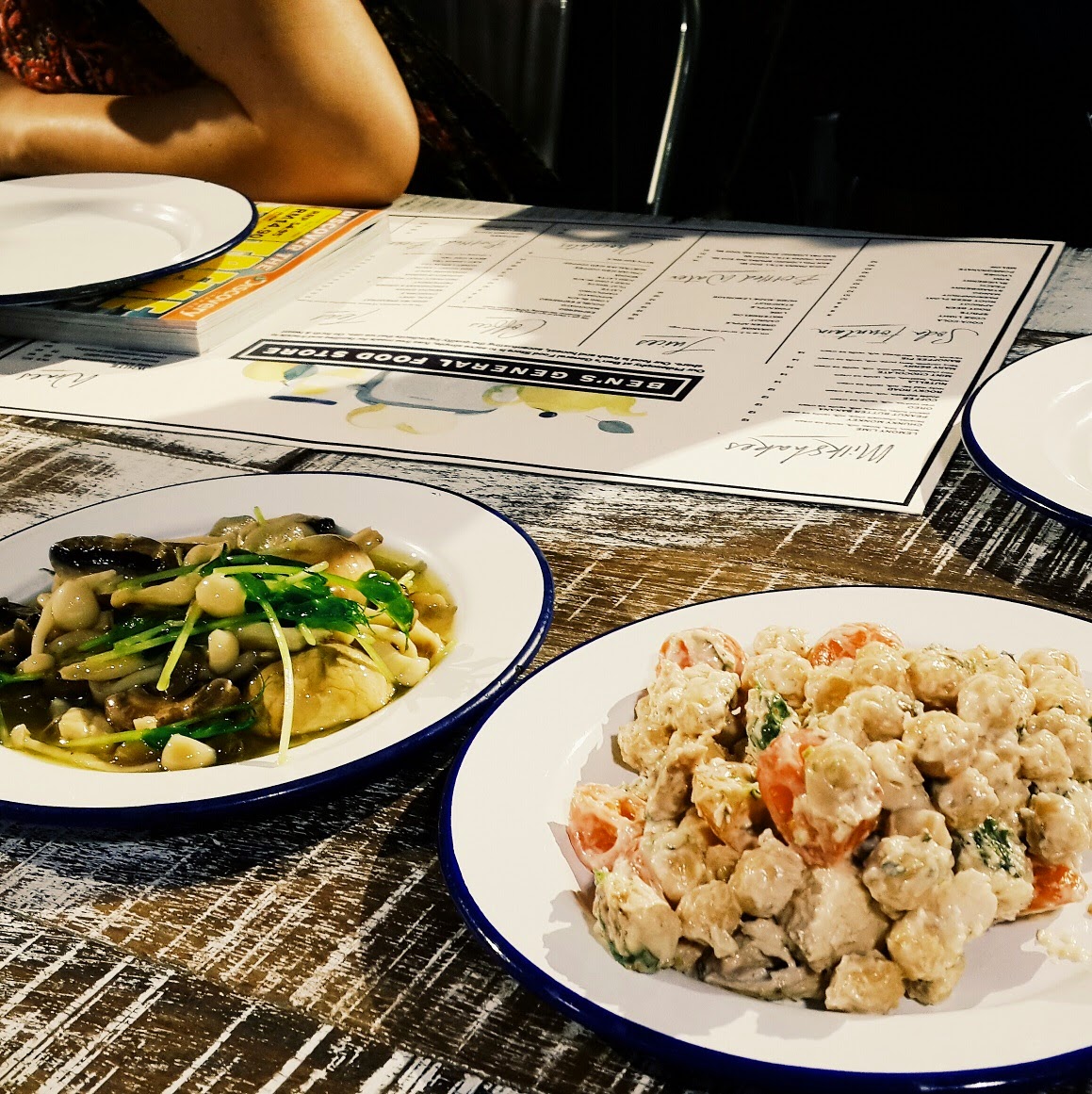 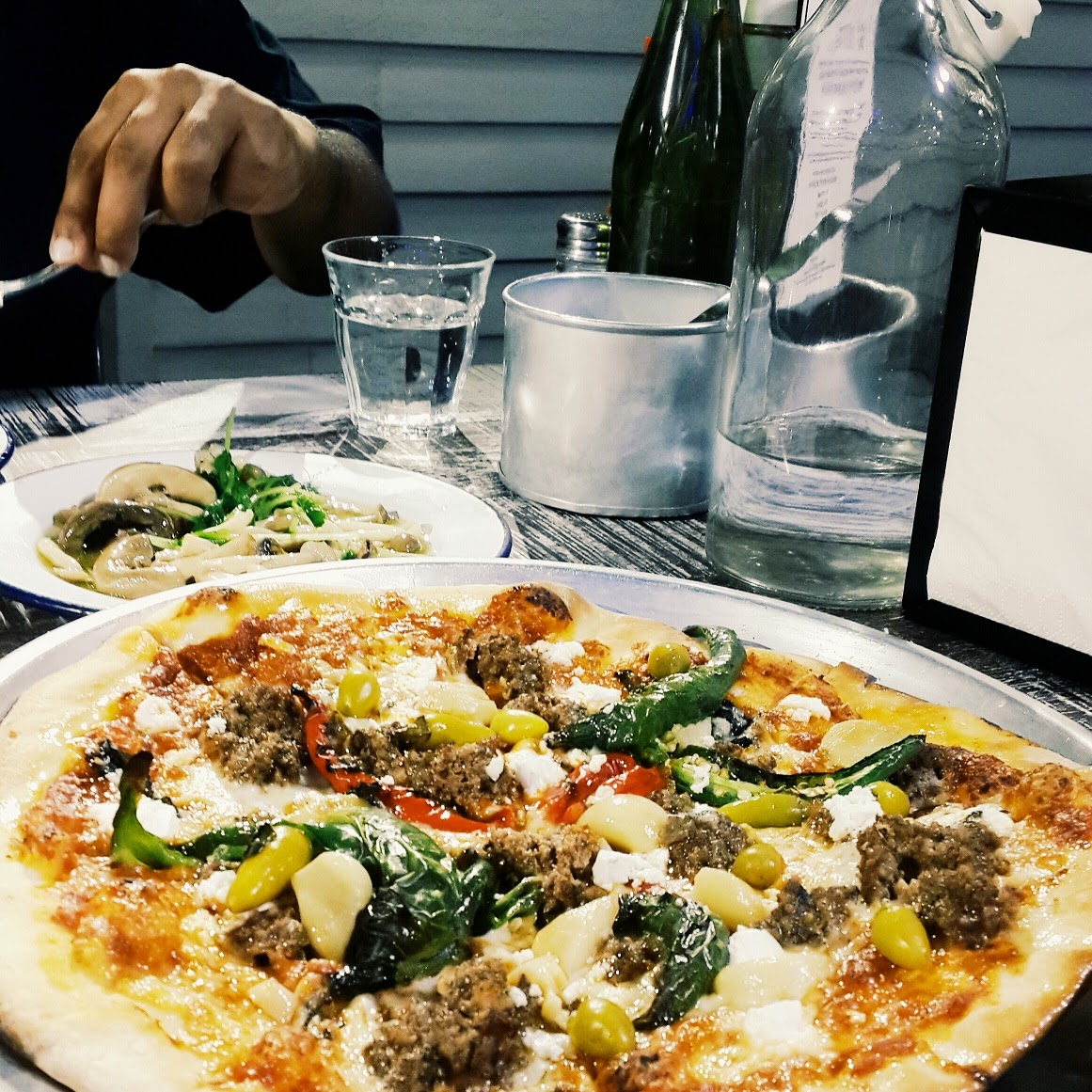 Hubs always insists on dinner at B.I.G where he's convinced that they serve the best roast chicken with sides such as mushroom salads and creamy chickpeas and interestingly enough, a lamb meatball pizza loaded with chillies. 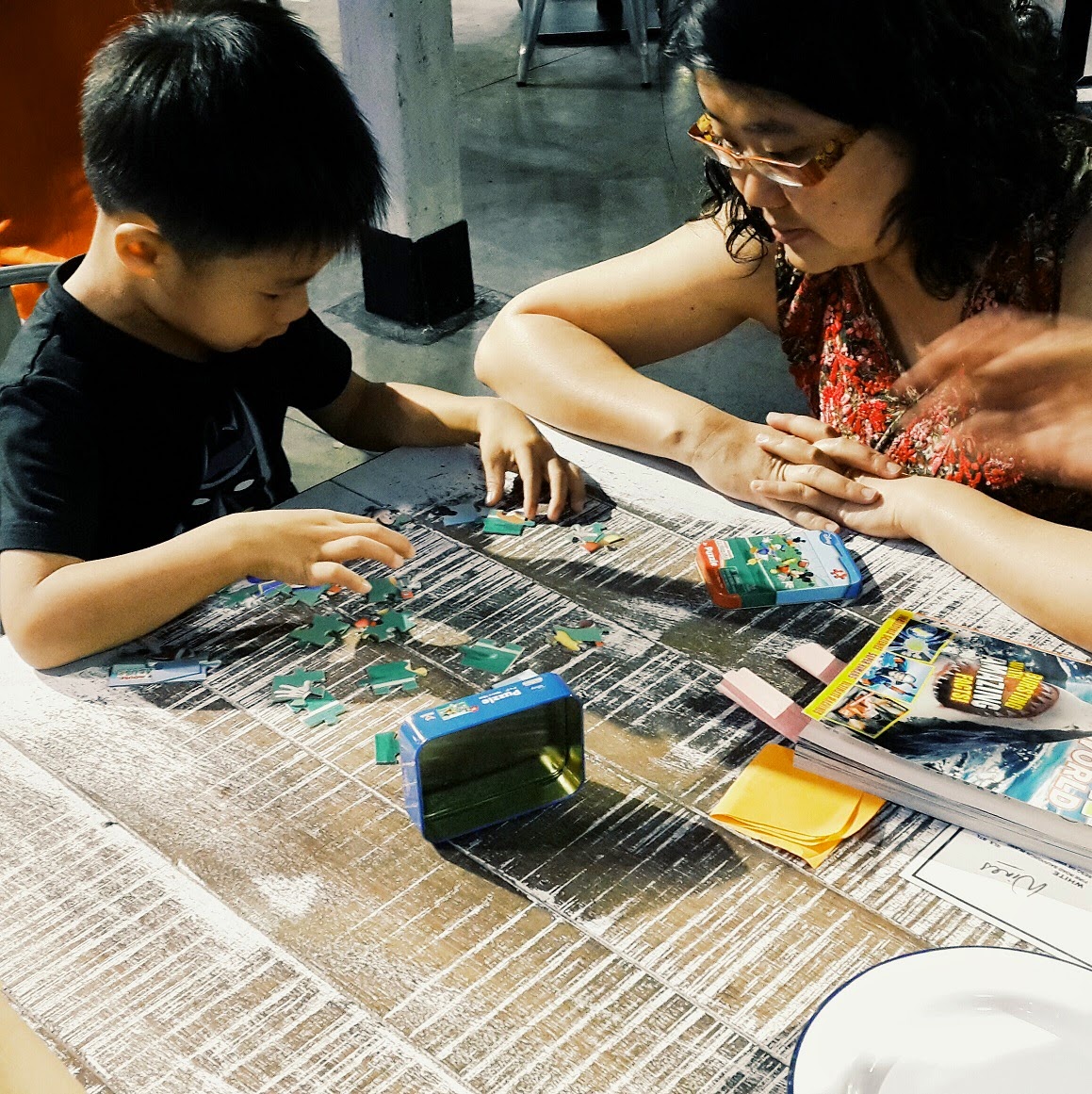 Being happily entertained by Fairy Godma who has now gotten him hooked onto jigsaw puzzles. 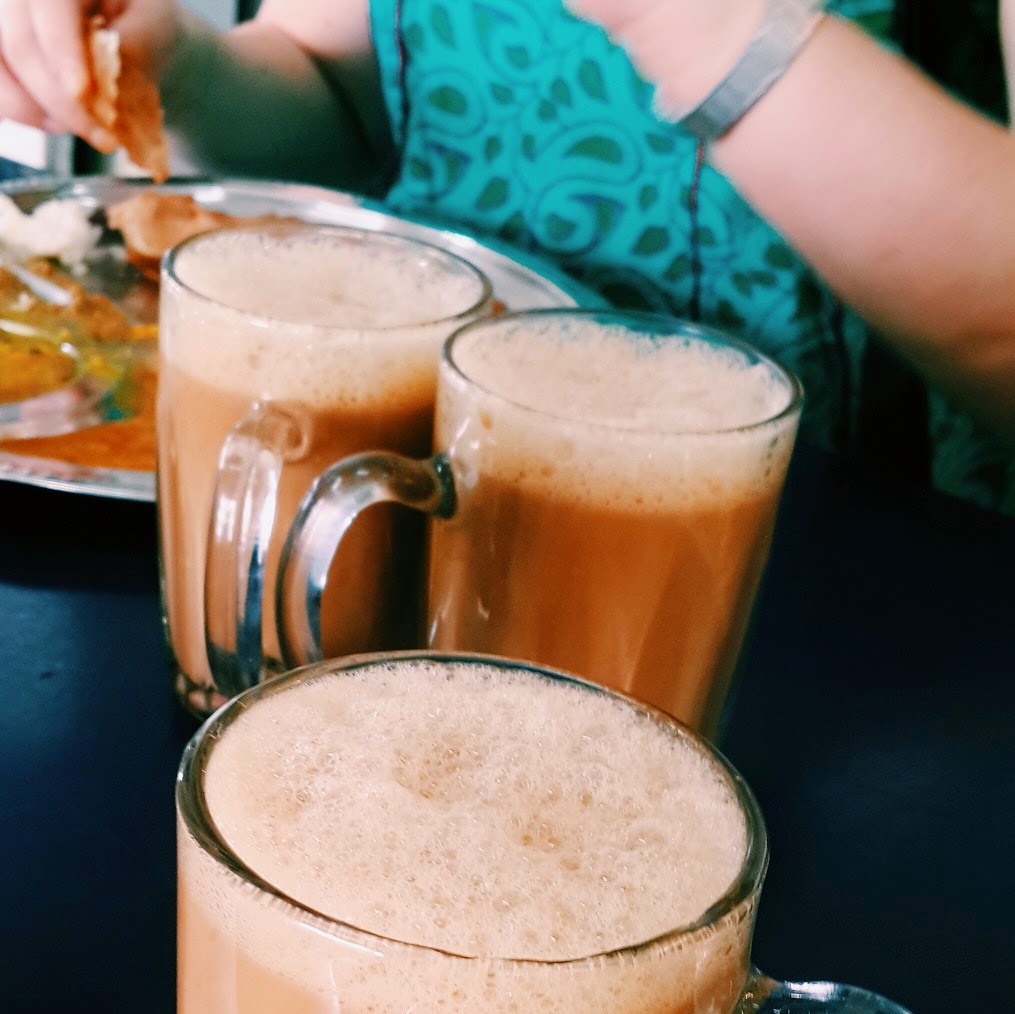 The next morning, she brought us to Selera Wawasan at SS3 for a traditional Indian breakfast. We had poori, dosai and ... *drum roll please* the best drink ever: Bru Coffee. Hubs and I had never heard of it before and with just one sip, we were instantly hooked. It's one of India's largest coffee manufacturers and had a very rich, almost caramel/hazelnut kick to it. 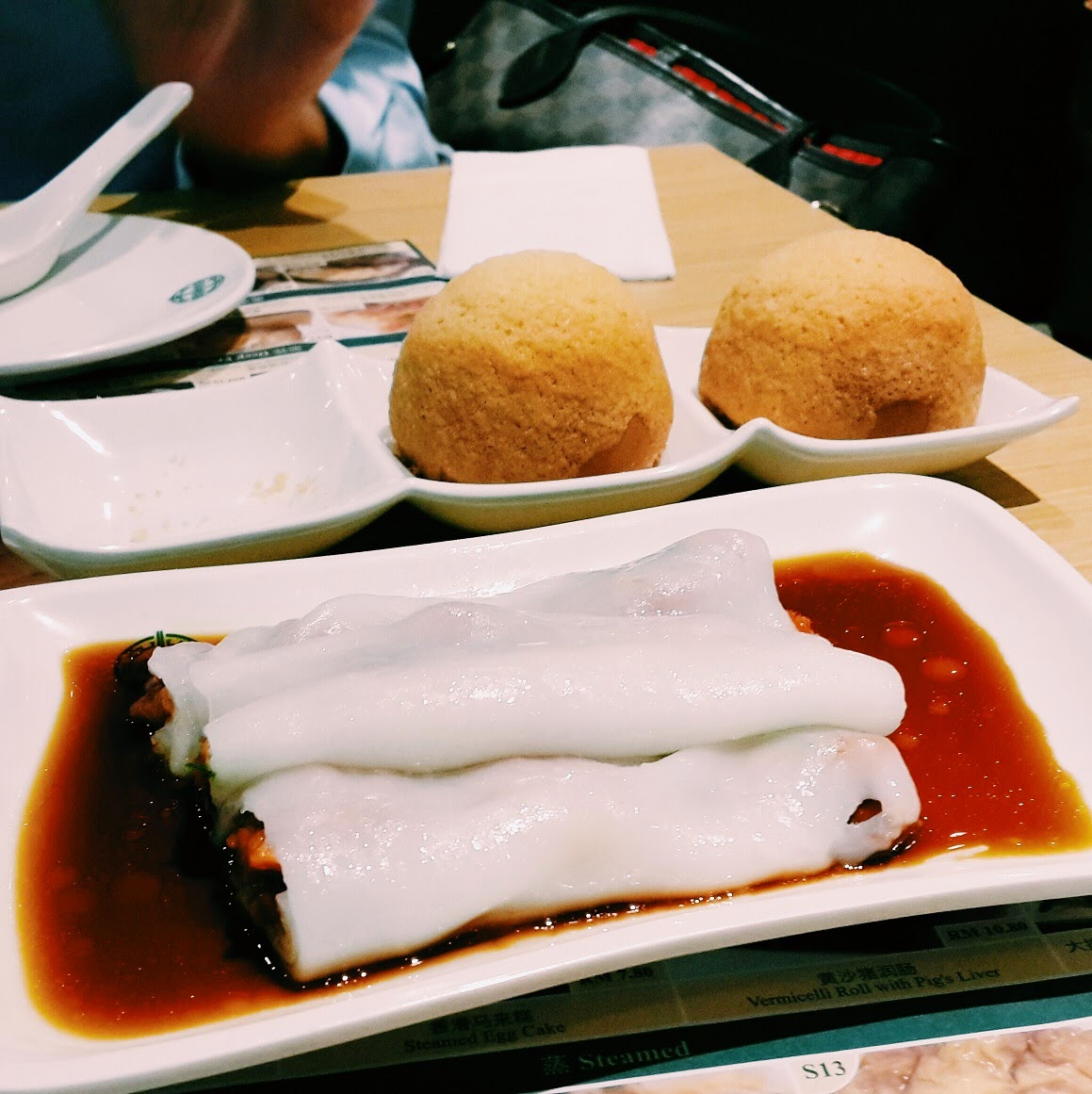 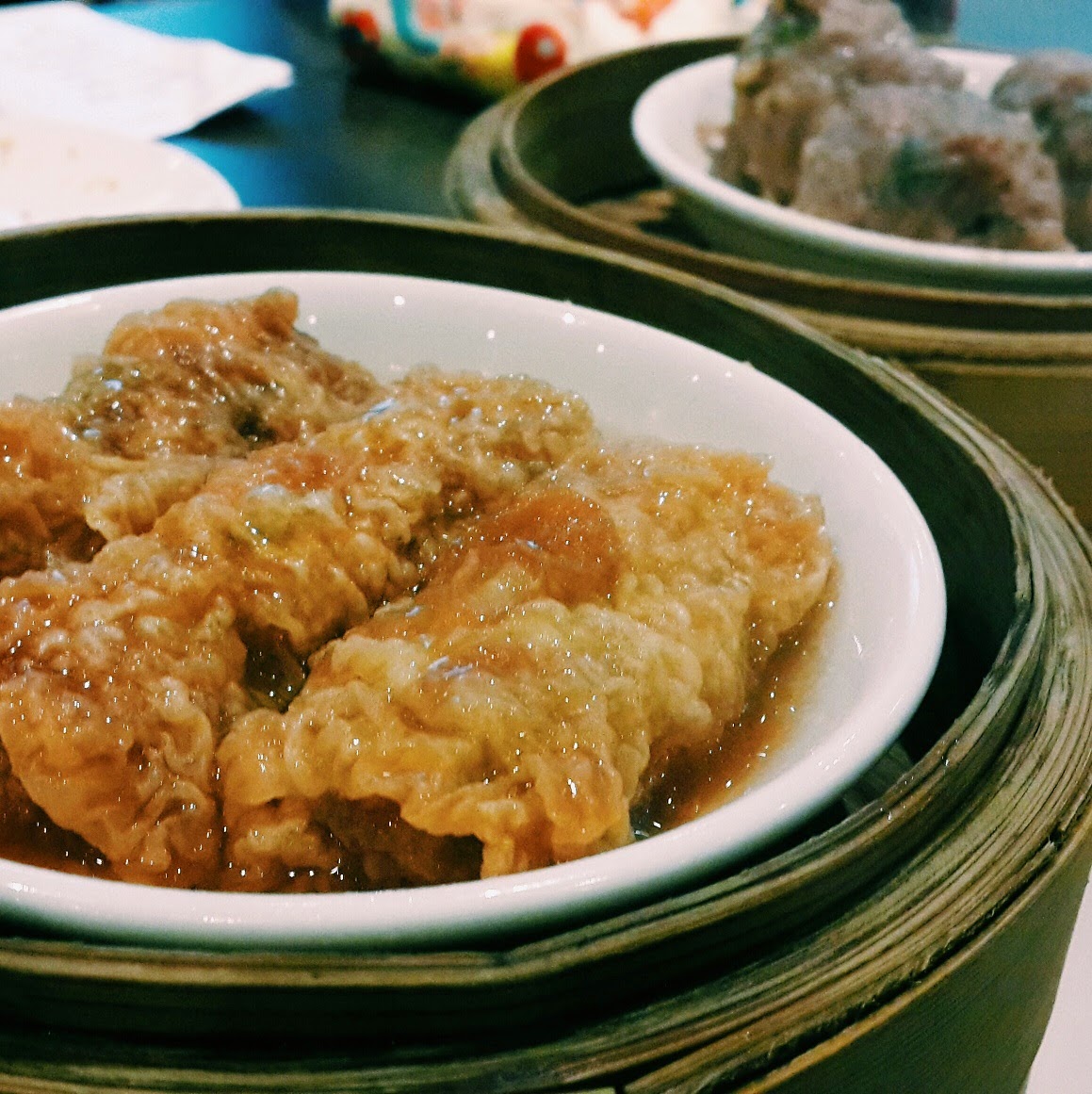 Another notable eat during this trip was Tim Ho Wan at the Gardens. The HK's branch is known as the world's cheapest Michelin starred restaurant so we were pretty keen to try out their goodies. The hype for their famed BBQ pork buns is real: these lil babies were out-of-the-world fantastic with their generous, sticky sweet fillings. Hubs was pretty impressed with their dim sum array, albeit on the pricey side and has put this on the must-return list. 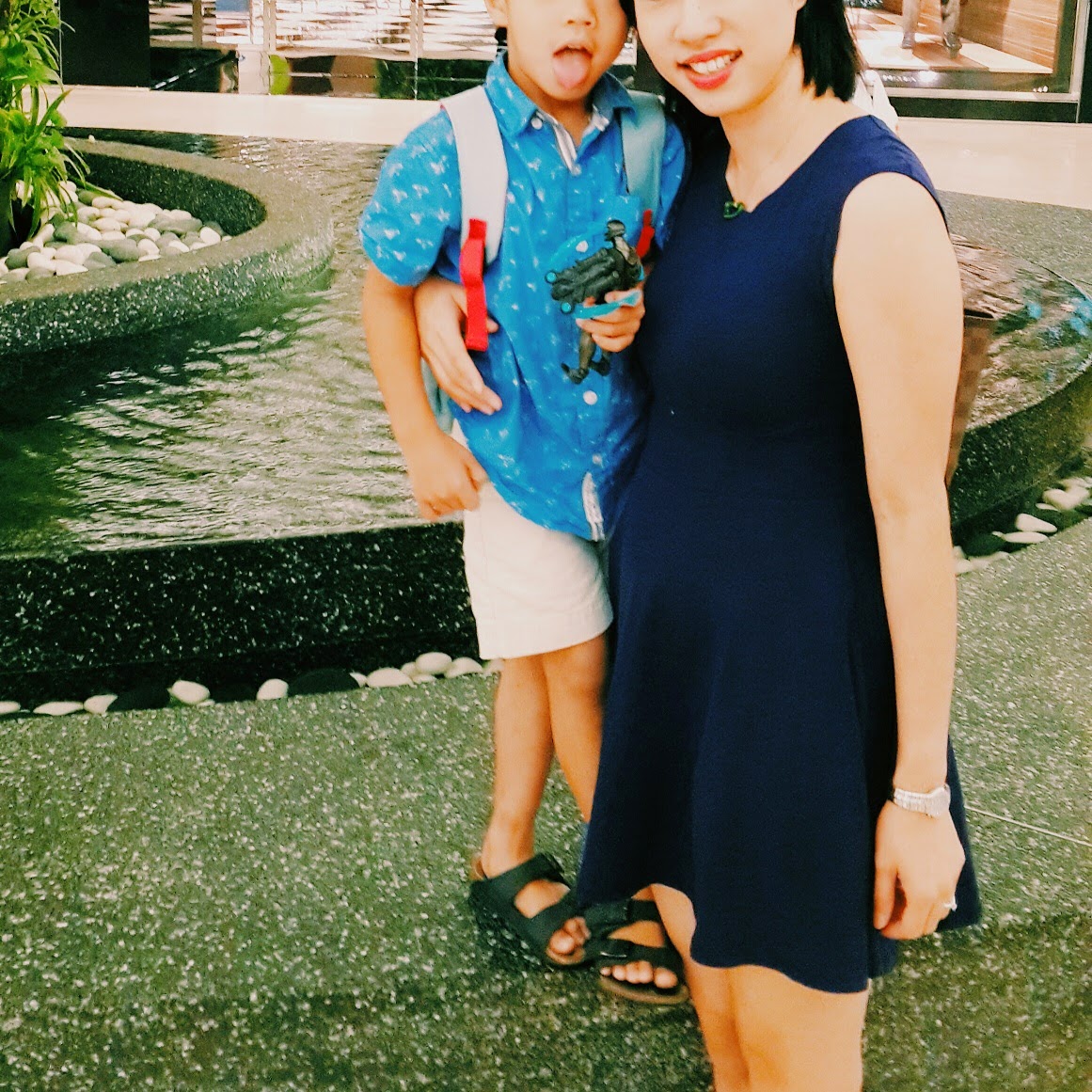 Post dinner shot. Just a disclaimer: I'm not carrying a bun in the oven! That is just the after effects of a very fulfilling meal :) 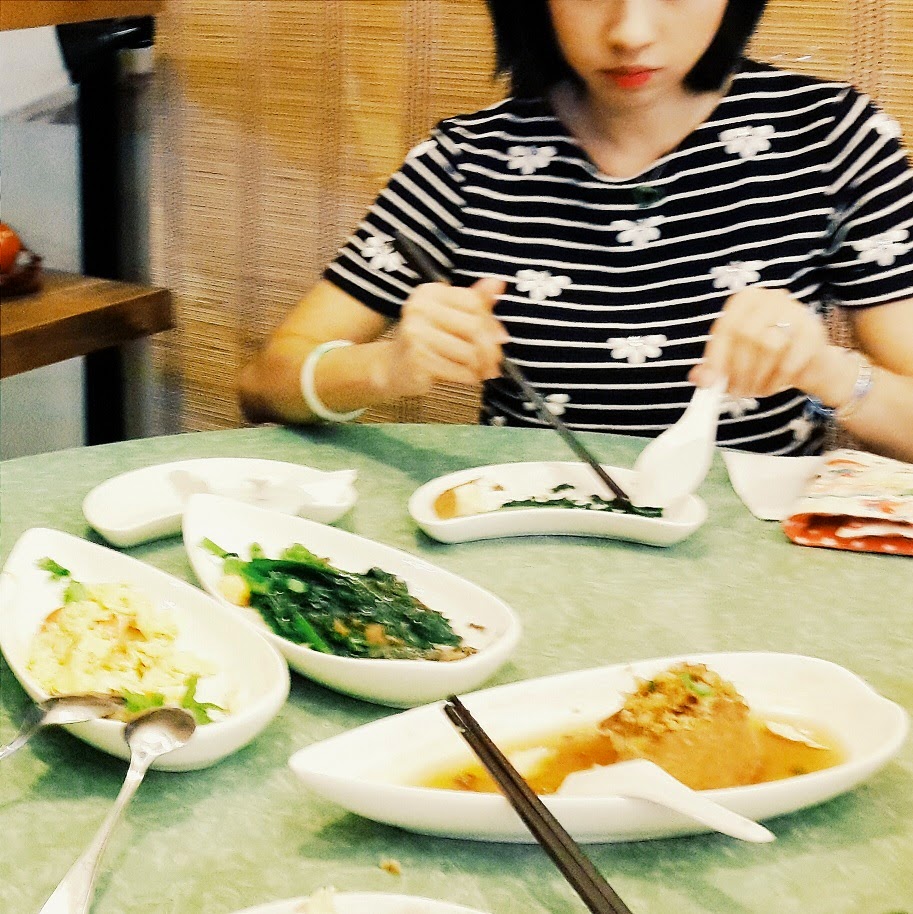 This was pretty much what we were up to most of the time. 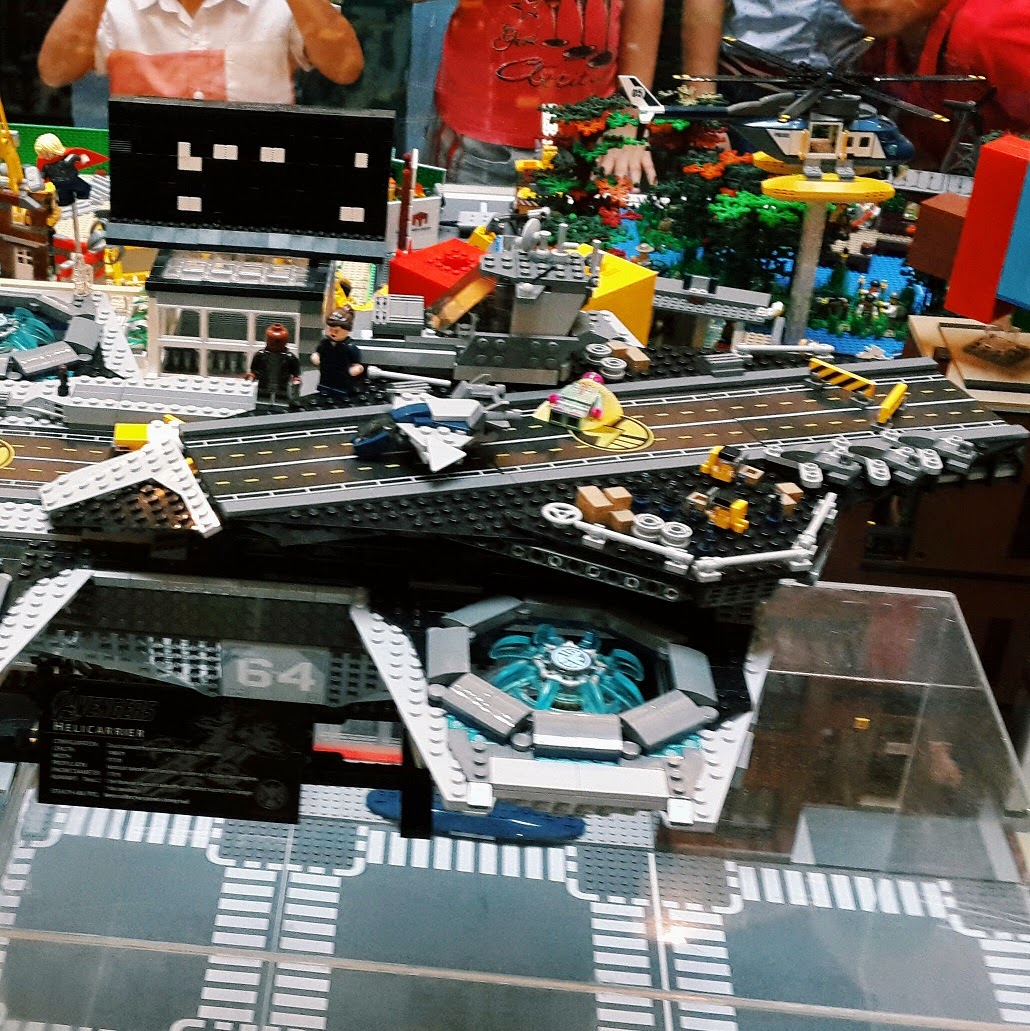 Bubs, on the other hand, went bonkers with all of the toy shops that we went into. 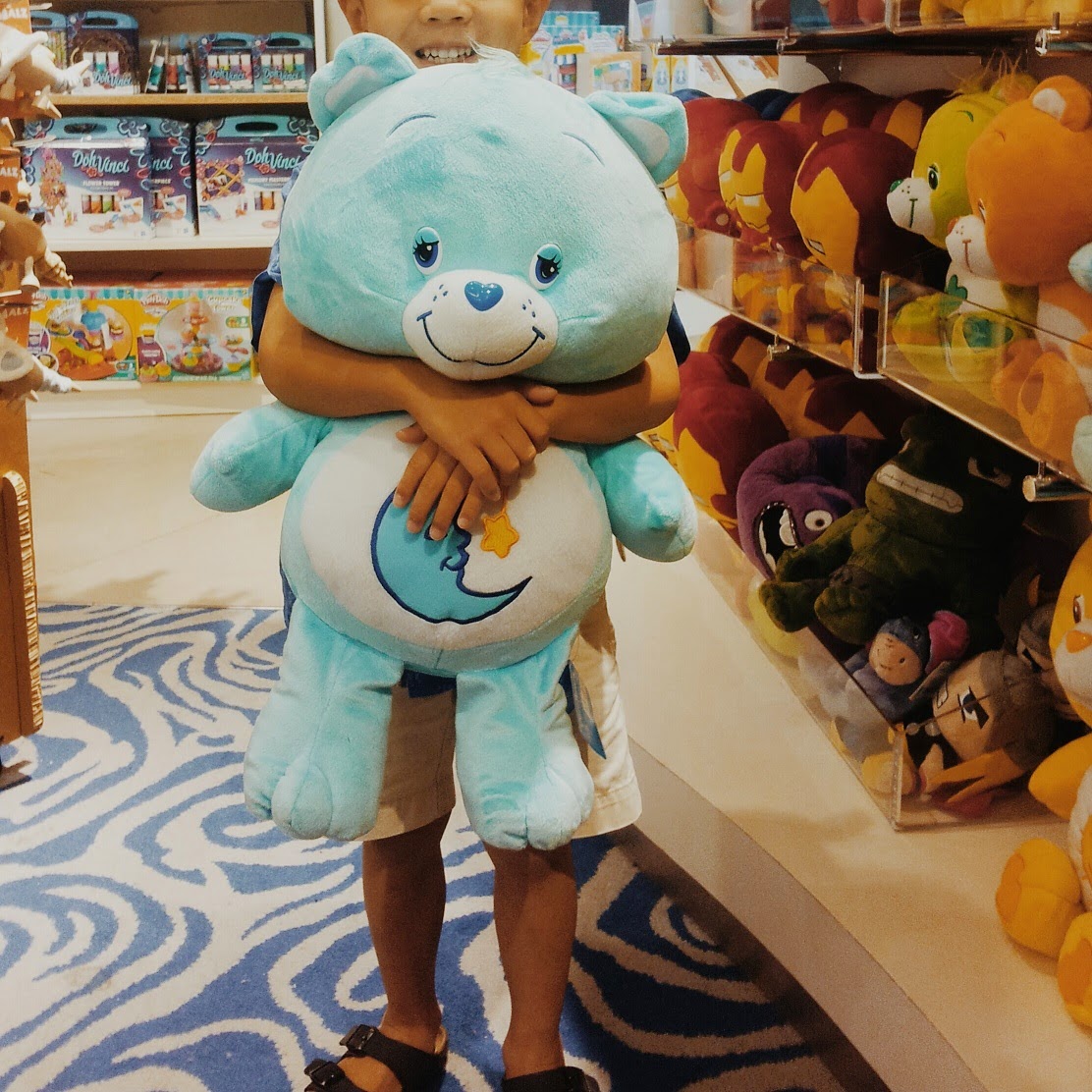 Omigosh, that's the exact Bedtime Care Bear I begged so hard for when I was Bub's age and my Daddy flatly refused to get it for me! In case you're wondering ... no, I didn't get it for him or myself as much as I was sorely tempted to. 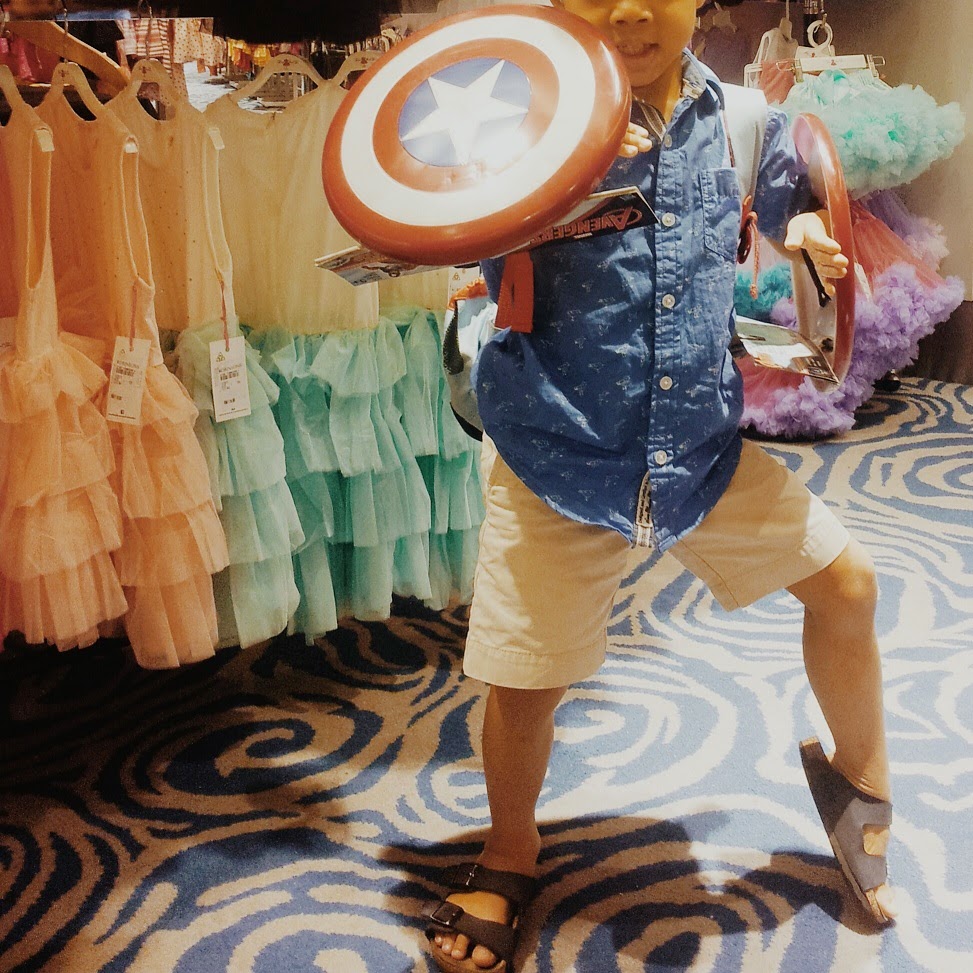 Me: Bubs, look at alllllll the cute tutus, aren't they so pretty? Bubs? Bubs?
*turns around to see*
Bubs: I'm Captain Ee-merica!!!
Posted by The Nonya at 11:27 AM