I'm a bit of an escapist and given that most of the time, I find world news and politics depressing, it's no surprise that I tend to avoid non-fiction. Even with Bub's reading materials, with such whimsical and thought provoking children's authors such as David Wiesner, Crockett Johnson, we haven't given much thought to non-fiction books until I stumbled upon a couple of animal (I use the term very loosely) books by Nicola Davies. 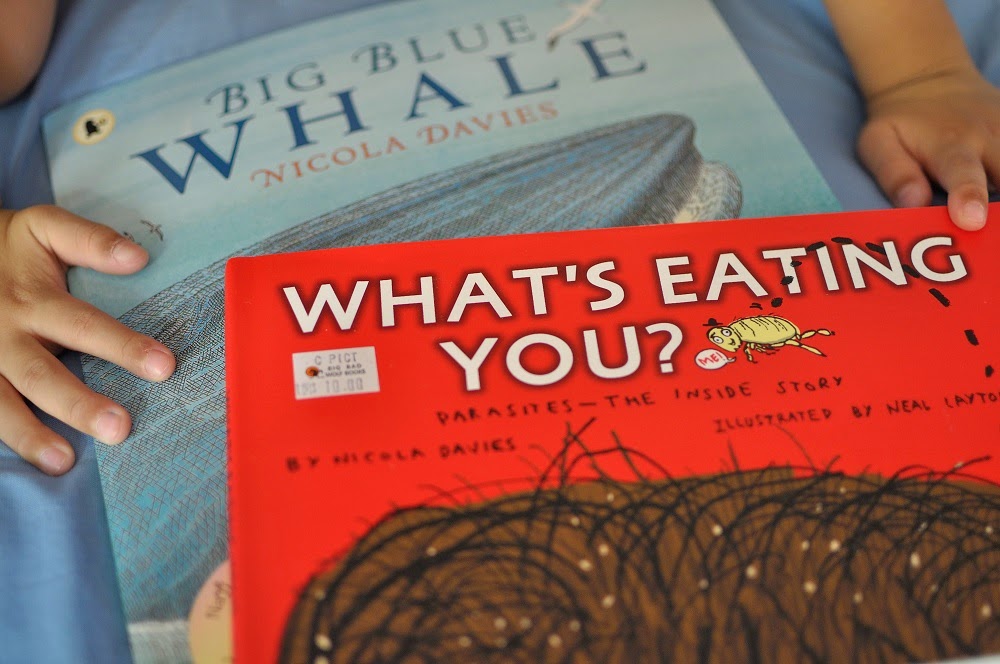 Bub's is obsessed with What's Eating You while I find the Big Blue Whale to be poignant. 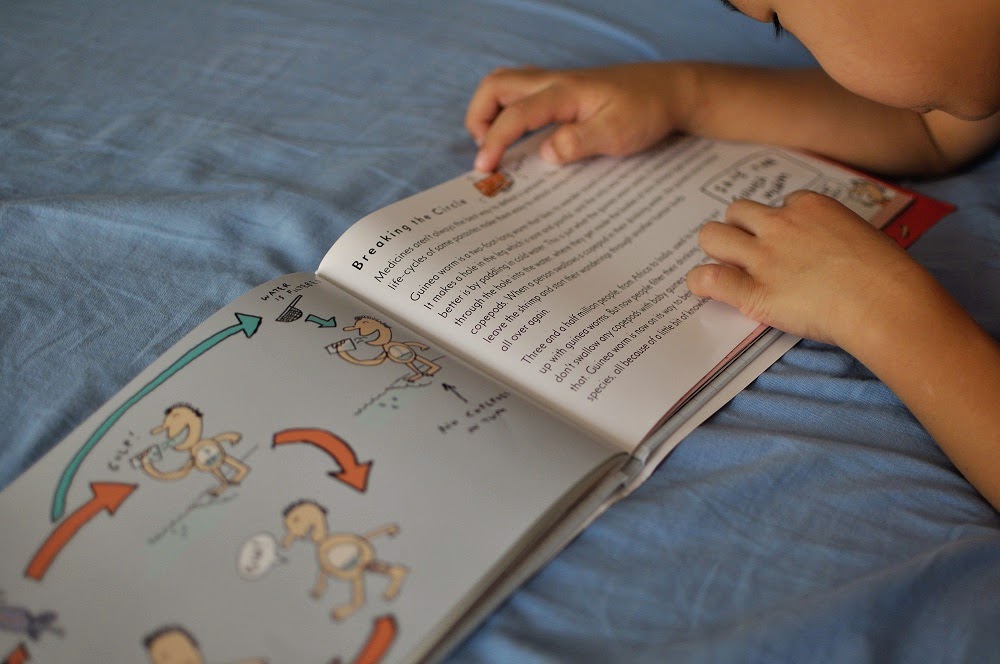 What's Eating You is a very cleverly illustrated book all about ... parasites! It immediately caught Bub's (and Hub's too, even though he pretended he was far too old for children's books) with chock a block full of icky though cool facts about tapeworms, pinworms and other mind controlling parasites. Did you know that a parasitic fly lays its eggs on the neck of an ant and when the maggots hatch out, they eat the neck off the ant? 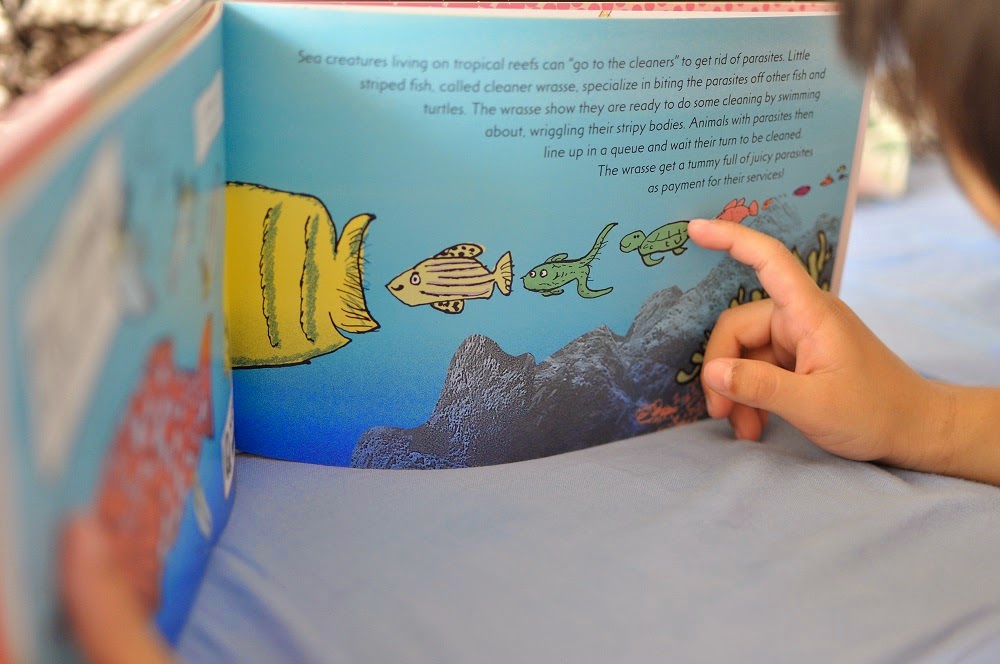 Bubs has been begging me to read and re-read it for a few nights as a bedtime story. Sometimes I find him sitting there quietly, looking at the illustrations and trying to read out the few words he can :) 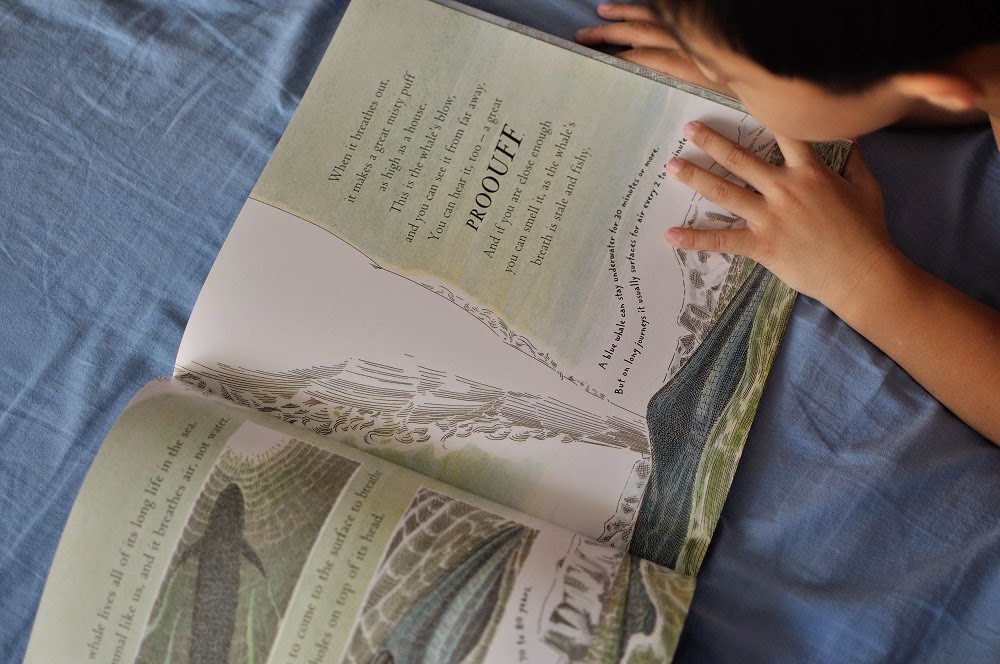 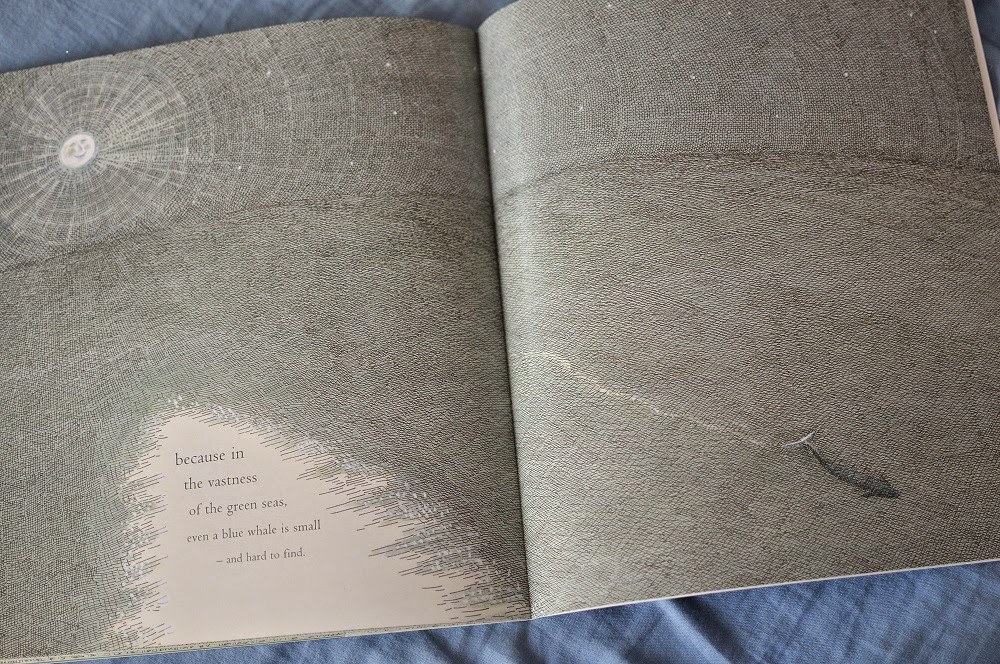 He is less enamoured with Big Blue Whale which I admit that is more of a purchase for myself because of its gorgeous illustrations and poetry-like text. "For every blue whale alive today there were once twenty.  People hunted and killed so many of them that fewer than 10,000 remain. Blue whales are now protected ... so in some places their numbers are growing- very, very slowly. You could still sail the oceans for a year and never see a single one."
Posted by The Nonya at 6:52 PM