I gave G quite a scare when I ping-ed him around midnight last week to ask if he had any white candles to spare me.

"Are you planning some kind of ritual?" he asked suspiciously.

Just a fun one :) Wax resist art ... or rather, batik in its simplest form. 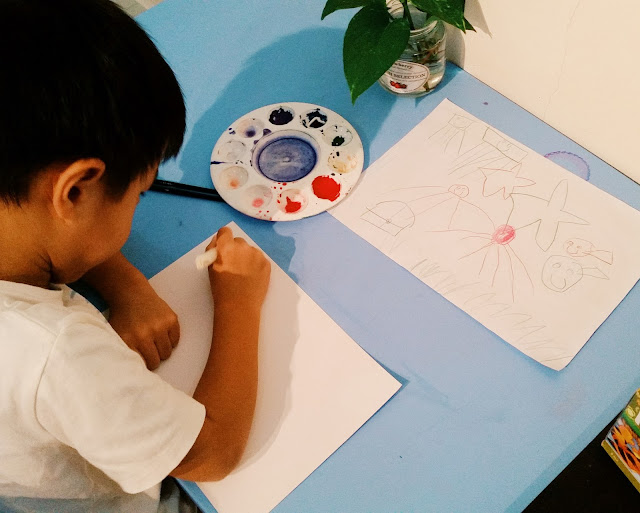 Bubs found it frustrating to draw his picture with the white candle as it was close to invisible and he couldn't see where to place his objects. I suggested that he first draw it out using pencil on another piece of paper then try using the white candle to copy it out again. 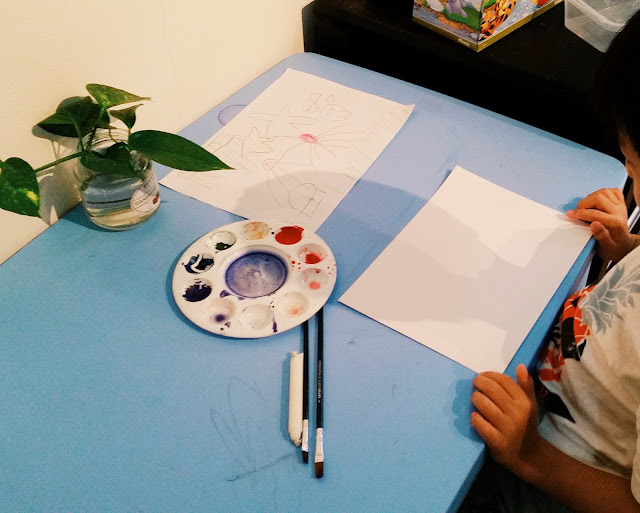 His version of a white polar bear in a snowstorm ;) I promised him that he'd see his picture once he started painting it. 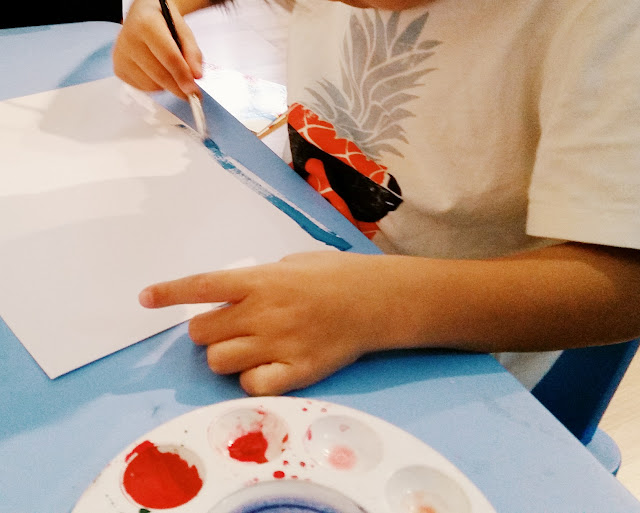 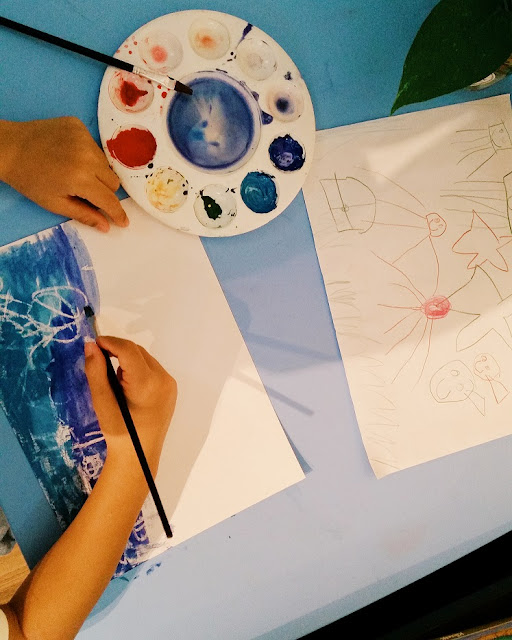 I showed Bubs how he could mix colours in so it wouldn't just be a single colour. 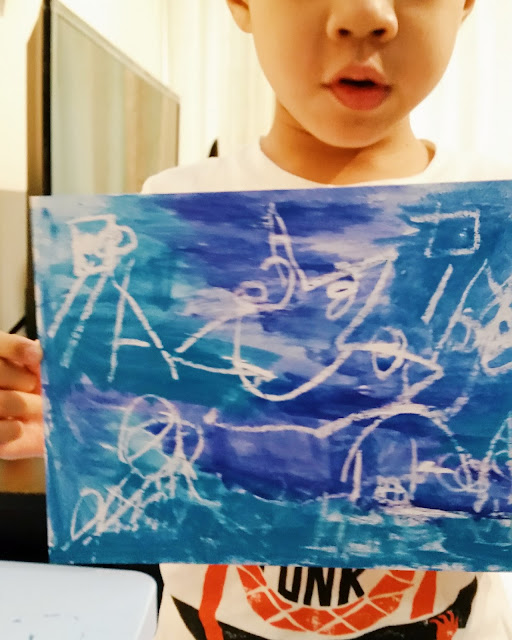