It's been a while since we went to the Hin Bus Depot and when we heard that there's a weekly Sunday pop up market, we went over for a peek. It operates from 11am - 5pm but to be on the safe side, you might want to try going at 12 noon for all the stalls to be fully open. 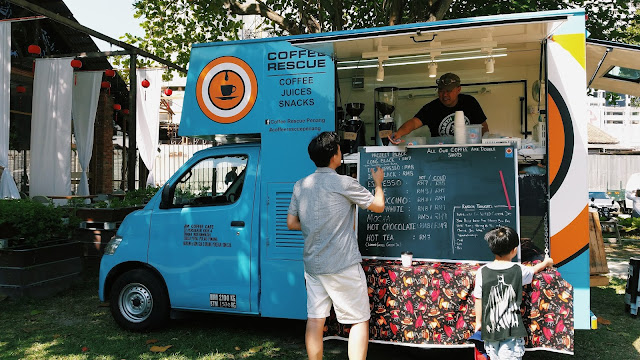 Hubs moseyed over to a rad looking truck that offers rescue in the form of caffeine. Coffee Rescue, is a coffee truck that goes around Penang offering awesome coffee with carefully chosen beans and a seriously passionate plus friendly owner. He took the time to explain the difference between the beans he uses and the different nuances in taste. Hubs was more than impressed with his flat white (RM8) and is already talking about hunting down the truck for his next caffeine fix. 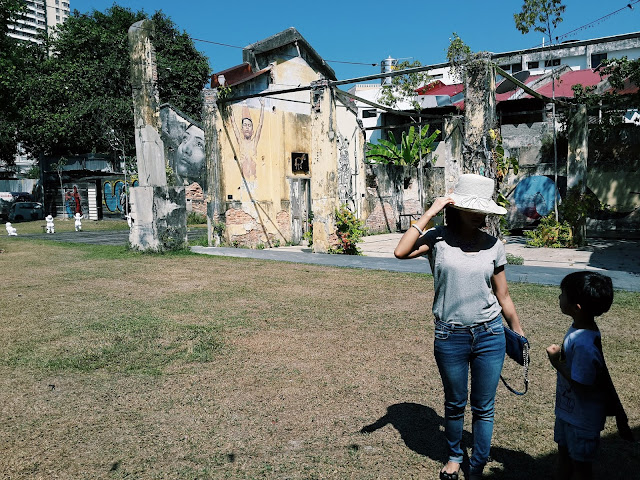 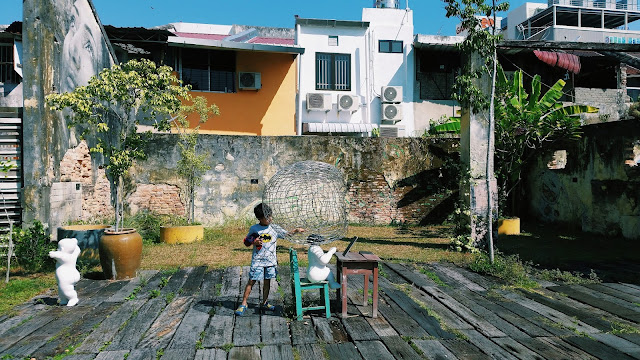 The grounds were filled with thought provoking art, such as this one. Alabaster-white statues of chubby children were prancing around while one lone figure sat perched in front of an electronic device, its wire-mesh head considerably larger than its peers and a black "ewwww, squishy" - as Bubs described it - brain visible. 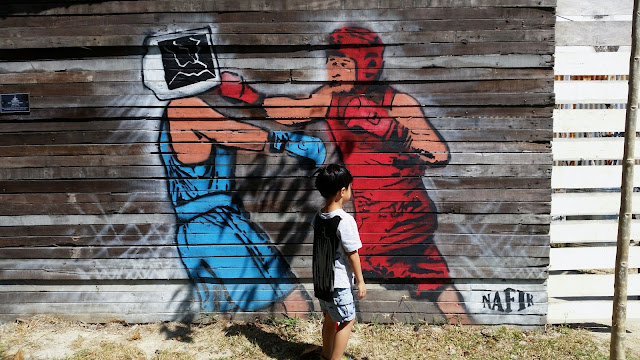 He was also interested in this brightly painted mural of 2 boxers. 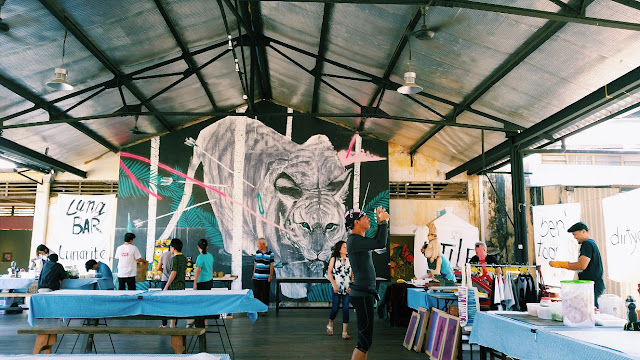 We were a bit too early for all the stalls to be open which was a pity as the nasi kerabu looked delish in photos. The market area was breezy even with the burning rays of the sun beating down. Hubs had quite a merry time sitting down at the edge of the raised platform, nursing his cup of coffee while Bubs and I explored the few stalls that were open. 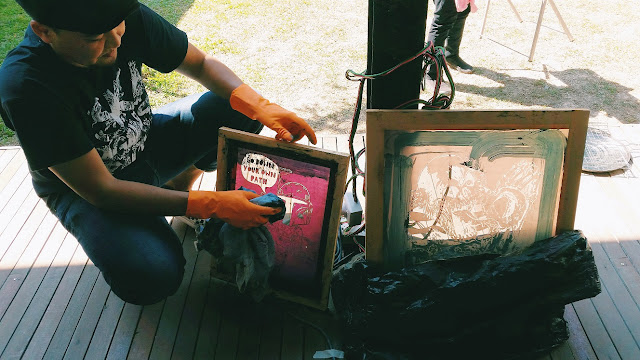 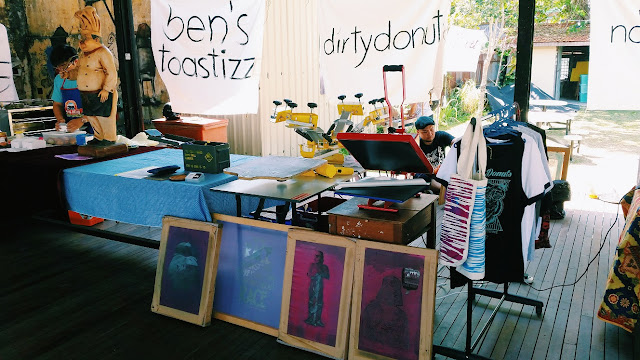 The brains behind silkscreen designer and printer, Dirty Donuts, was more than gracious enough to explain how silkscreen printing worked. He let us observe how he was cleaning his blocks - silly me thought that they were glass paintings - and Bubs was more than fascinated with the cool, hand drawn Star Wars figures. 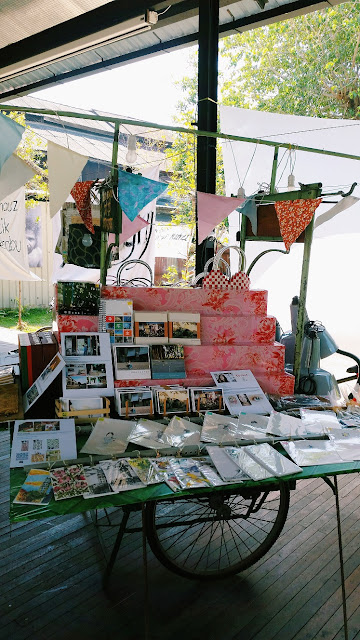 Postcards of Penang art on sale at the quaintest display ever.

We love the chilled out vibe at the Hin Bus Depot so much that we're already planning a return trip pretty soon!
Posted by The Nonya at 2:44 PM