I've been putting crafts and fun science on the back burner for a bit while focusing more on school preparation for him. He's been learning to write a few Chinese characters at his kindy and we've been doing a couple of Malay worksheets a day. I realised that it has been quite some time since we did some kind of art project together and this fun post kindled the need to try this out with Bubs. 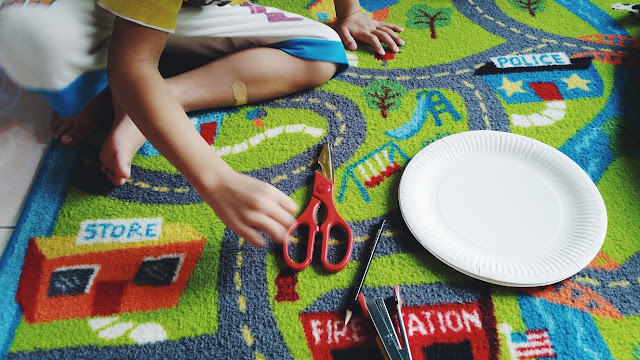 Bubs gets excited whenever he sees the materials in front of him. 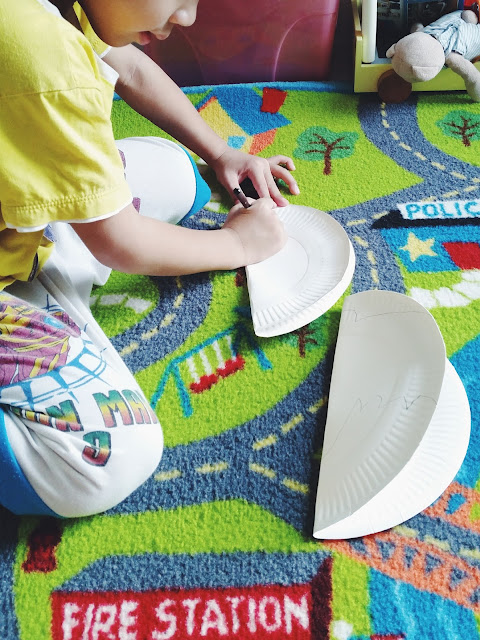 Fold the plate into half. Draw a dragon torso and wing onto 1 side of the plate.

It took us a few attempts to realise that my drawing skills produced a short and stumpy bat instead of a more majestic dragon! I then cheated and used Bub's Lego dragon wings to trace the outline.

Draw a head and tail for the dragon then staple them on together. 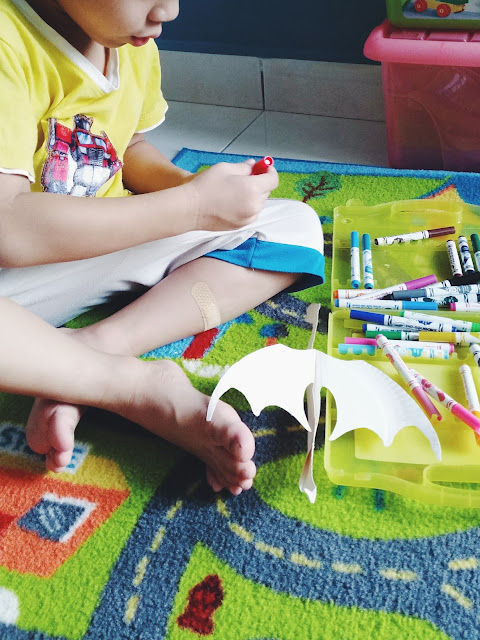 Bubs had such a fun time colouring his dragon. 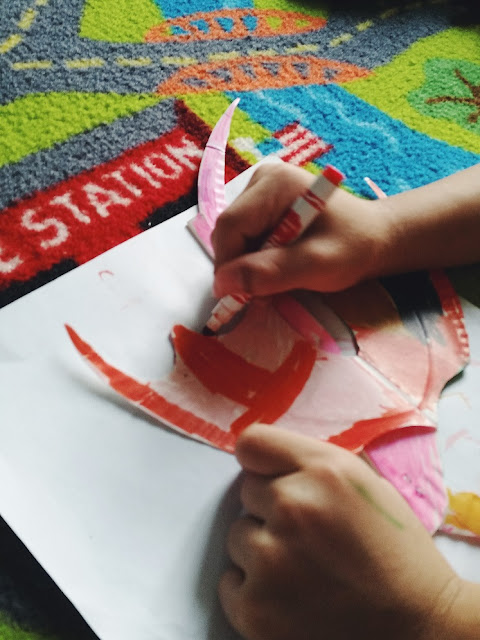 I've to admit that I was surprised he put a lot of effort into colouring all parts of the dragon very nicely, even the underneath of the wings. 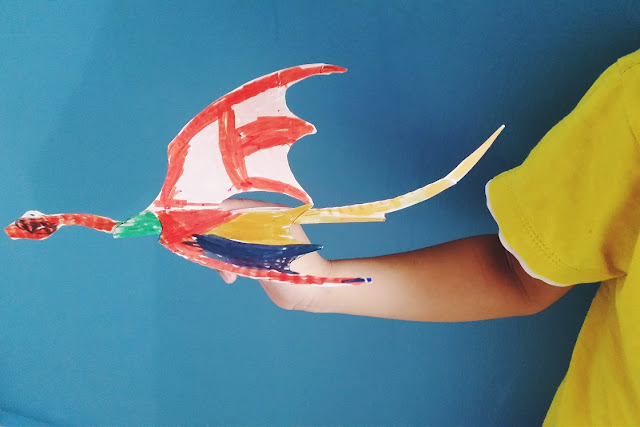